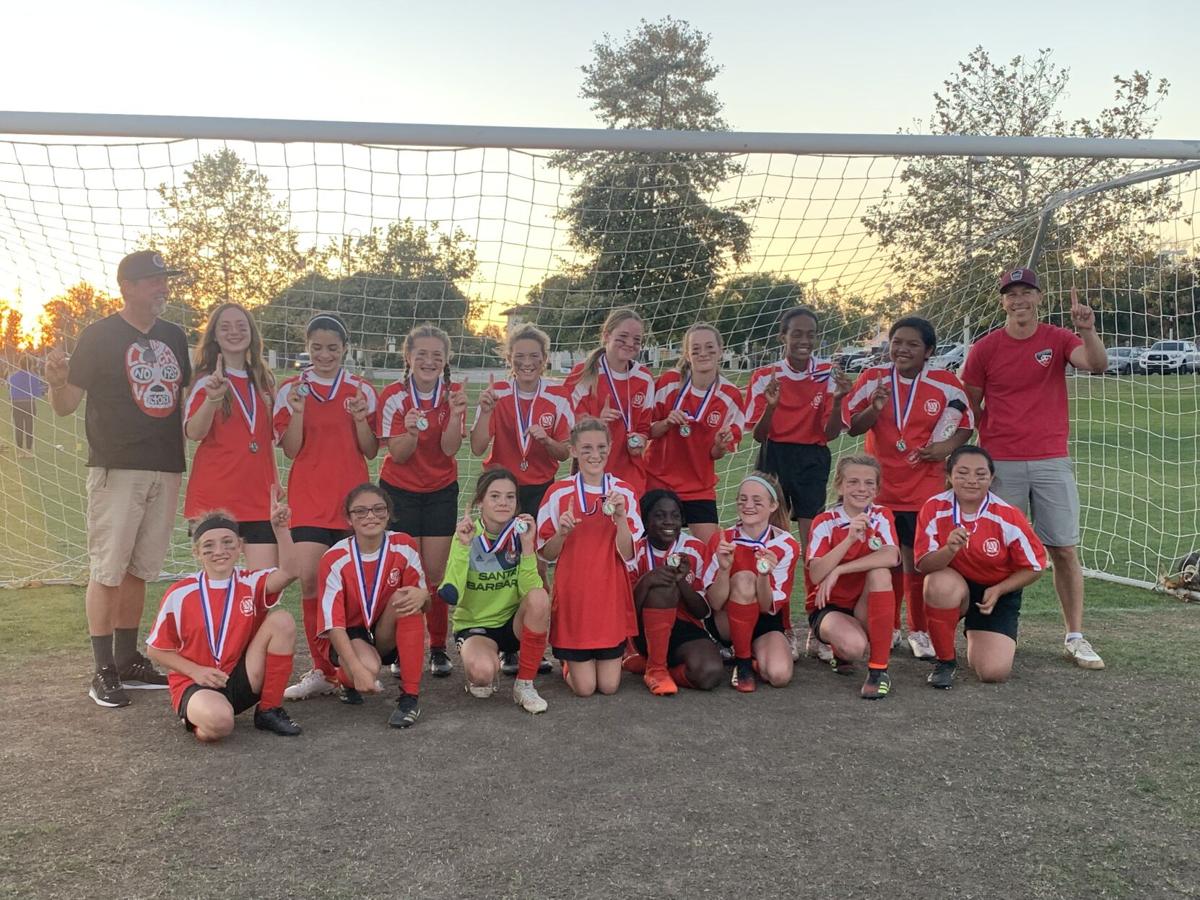 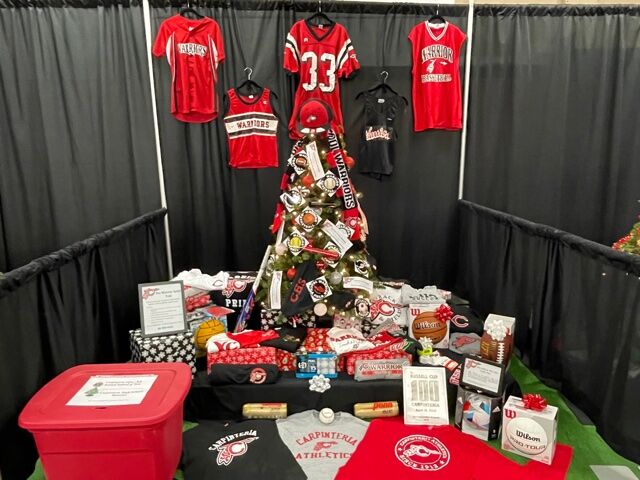 The Lions Club Festival of Trees offers a chance to win some winter Warriors swag.

The Lions Club Festival of Trees offers a chance to win some winter Warriors swag.

The Warriors’ boys water polo CIF Championship tour continued this week, as the squad was invited to the Santa Barbara Athletic Round Table Luncheon on Monday as the honored guest, celebrating the team’s stellar season in the pool winning the CIF Division 5 Championship and placing second in CIF Division 3 State Regional Championships.

Coaches Jon Otsuki and Stephen Kim spoke at the luncheon, recapping the team’s achievements and acknowledging each member. The coaches praised the “end of the bench” players, and said those players were instrumental in practicing plays for upcoming games.

The coaches also acknowledged parents and school administration for all the background work that went into supporting the championship team, and thanked the community for showing the squad support all year long.

On Saturday, the boys will take part in the annual Carpinteria Holiday Parade, holding their Championship banner for the whole city to see.

Thursday Dec. 2 will be this month’s “Warrior Night” at Rori’s Artisanal Creamery. Come and celebrate your Warriors athletics and get your ice cream fix at the same time.

The Lions’ Club Annual Festival of Trees is also offering a chance to win the Carpinteria High School Boosters tree, including a huge assortment of Warrior swag. Winners will receive authentic jerseys, shirts and more with all proceeds from the festival going towards the Carpinteria skate park.

The Cate girls cross country team, led by senior Anna DiSorbo, represented the school in the Division 5 state meet in Fresno, finishing their season on a high note with an eighth-place finish.

The girls had the fastest time for any Cate team at the rolling Woodward Park at 1:44:07, a full ten seconds faster than the 2019 squad.

Senior Anna DiSorbo capped off the ”best career any female cross country runner has had at Cate,” according to coach Karl Weis, and finished at 20th with a time of 19:21. Weis added that DiSorbo now owns the fastest Cate times on a “mind-boggling” eight courses, including Woodward Park.

“It was a spectacular early afternoon in Fresno, and the team channeled all of the positive energy and the presence of their families,” Weis said, thanking the parents for coming and supporting the team. “It was a great end to a long, successful fall, and we can’t wait to get back to Fresno next November.”

This fall, the Carpinteria AYSO girls 14-and-under team put together a fantastic regular season, where they went undefeated against some talented local teams.

The Carpinteria girls were able to carry that momentum into the Area 10W tournament, where they won an impressive five games over the course of the weekend. Their undefeated season was capped with a thrilling 3-0 shutout victory over Santa Barbara’s top 14-and-under team.

“This is a talented group of girls,” said coach Jon Ryan Schlobohm, regarding the team’s performance. “They all stepped up and contributed to the team’s success both during the regular season and in the area tournament.”

In addition to the team’s performance on the field, Schlobohm was pleased with the way the girls represented the Carpinteria community. “The girls played hard and won a lot of games this season, but they always showed great sportsmanship in the process. They are a great group of soccer players, but they are even better young ladies and Dave (Roberts) and I loved coaching them,” he said.

The team earned the opportunity to play in the sectional tournament, which will be played in February in Bakersfield.