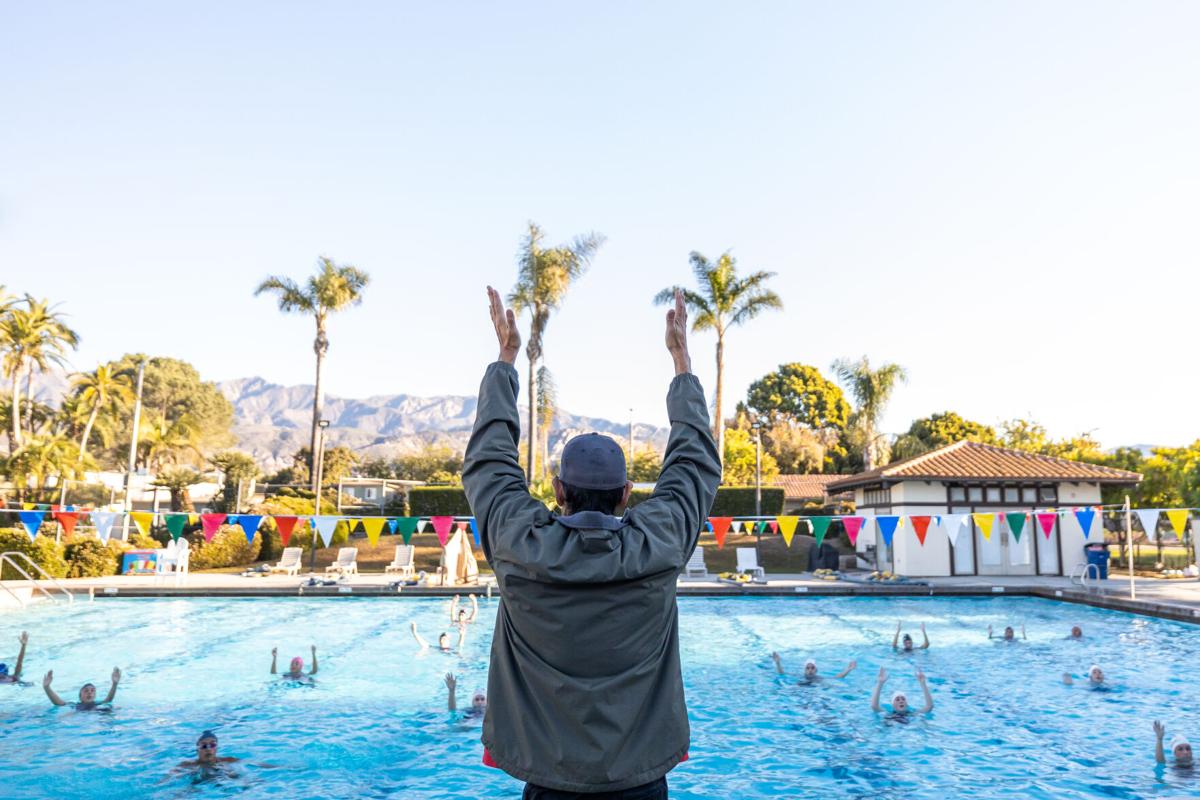 Put in the work: Carpinteria’s girls water polo team takes training very seriously as they prepare for the rest of the season. 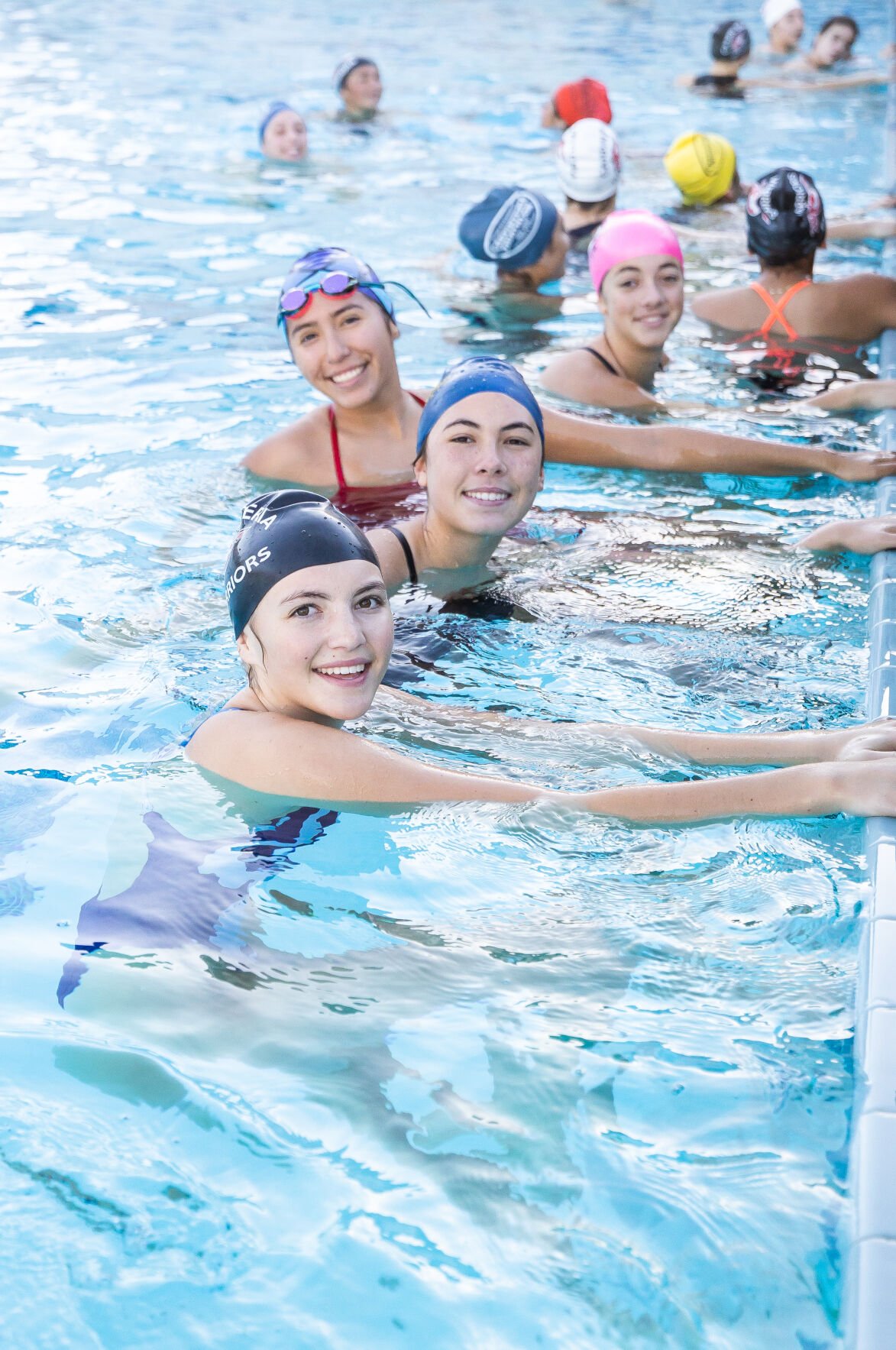 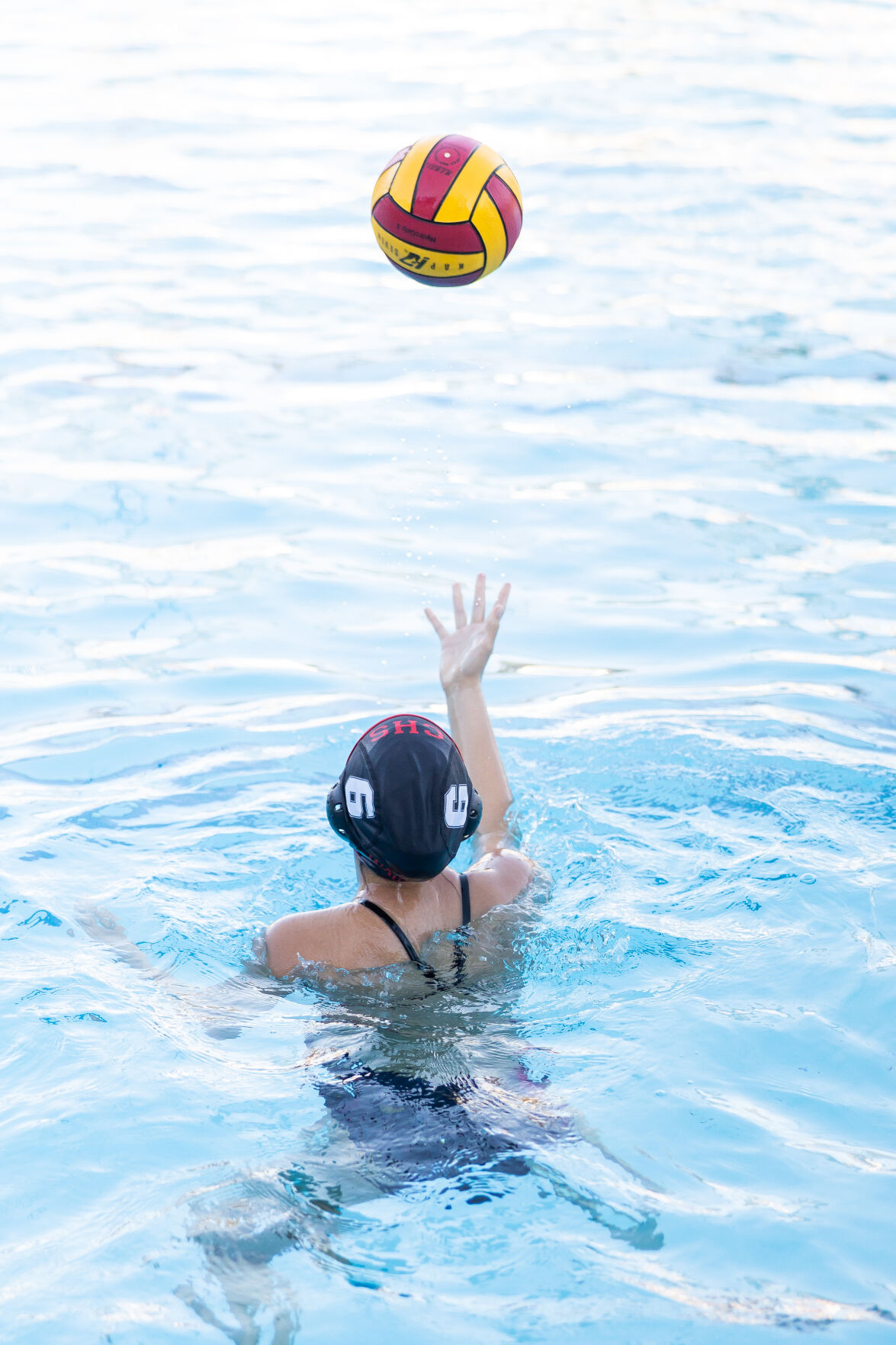 Lilli Nemetz tosses the ball as the Warriors prepare for their next match. 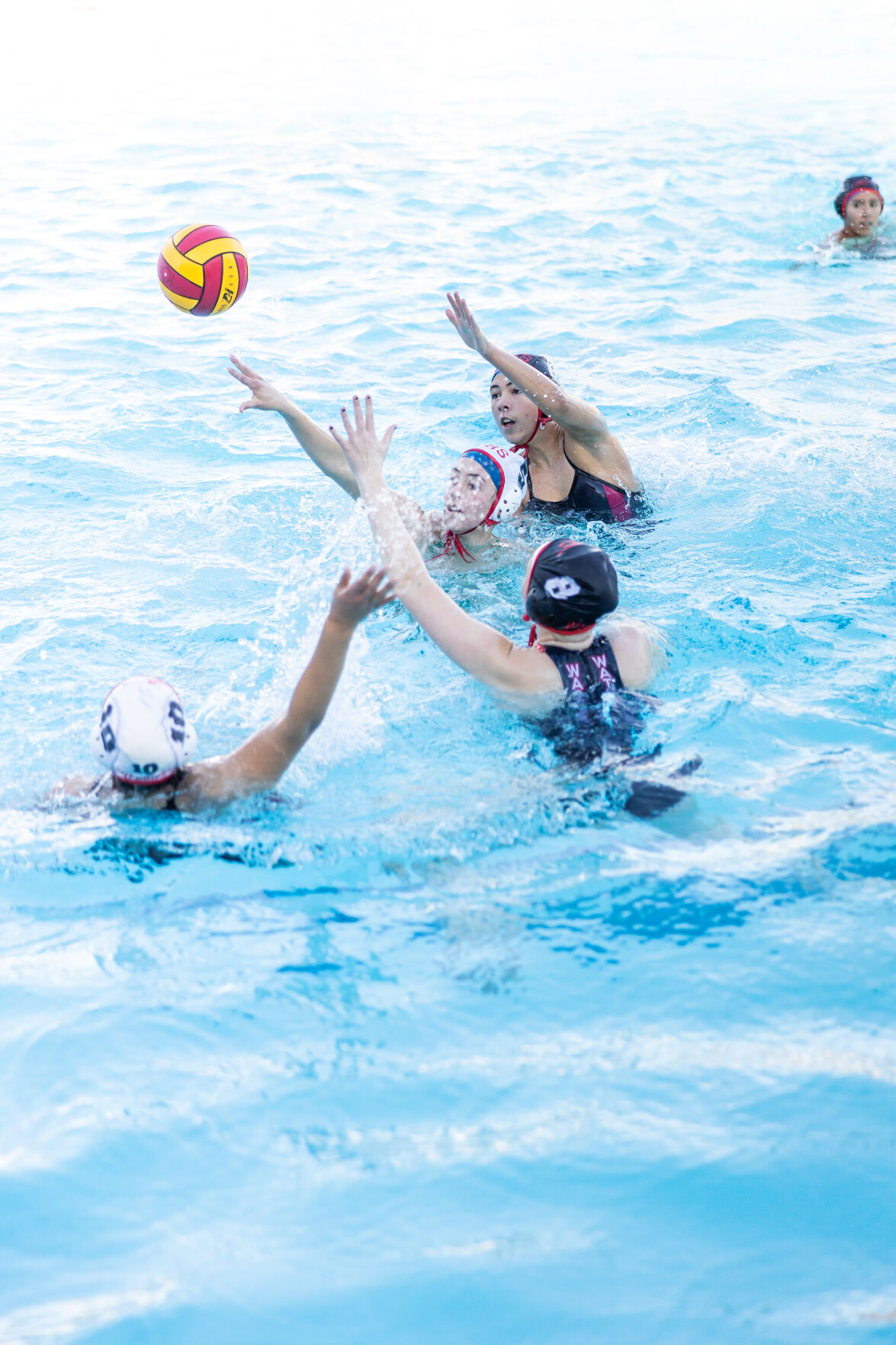 Giulia Piccoletti and Lilli Nemetz (black cap) fight for a loose ball during a Saturday practice. 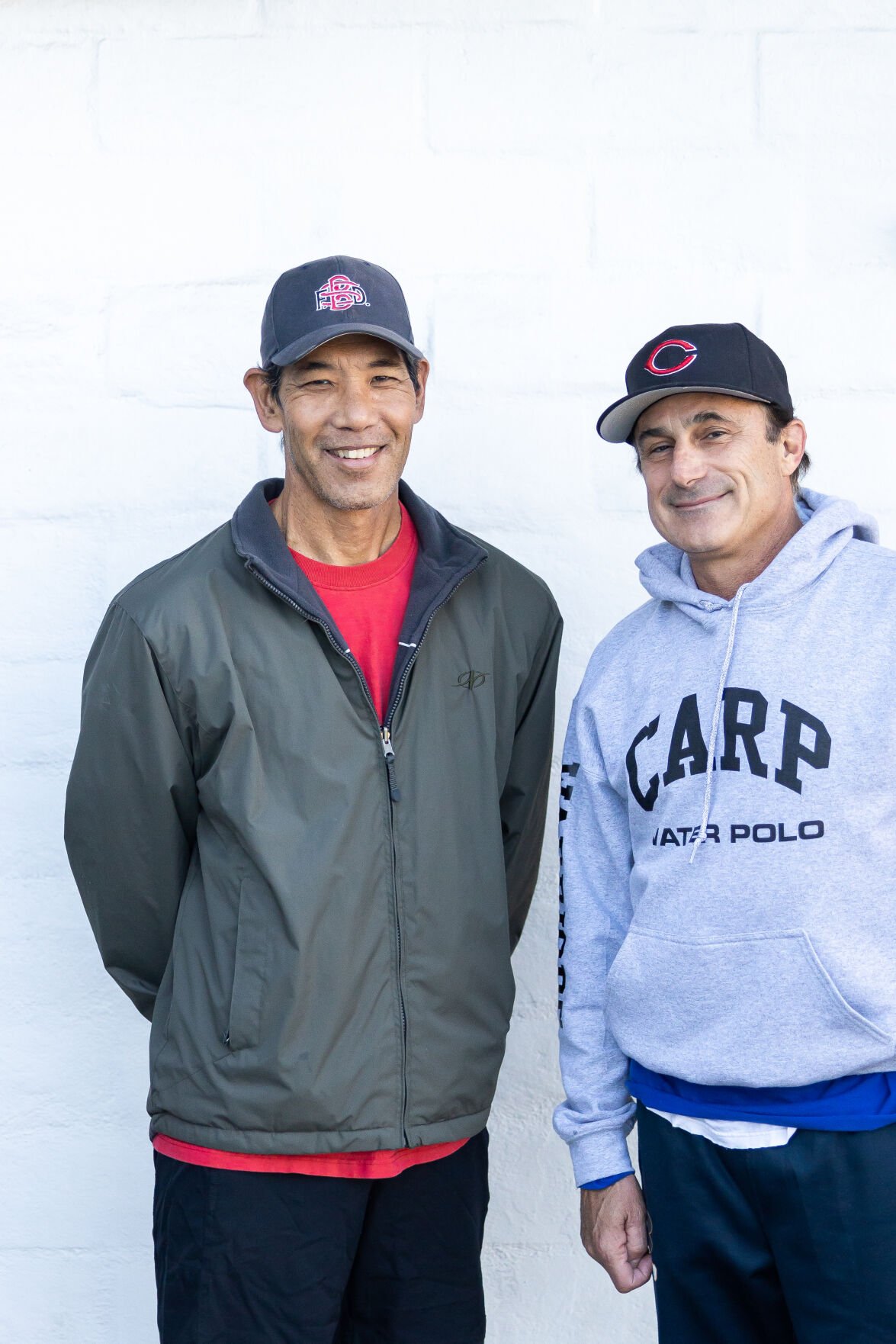 Put in the work: Carpinteria’s girls water polo team takes training very seriously as they prepare for the rest of the season.

Lilli Nemetz tosses the ball as the Warriors prepare for their next match.

Giulia Piccoletti and Lilli Nemetz (black cap) fight for a loose ball during a Saturday practice.

The Warriors’ girls water polo team jumped out to a three-game win streak to start the season at 3-0, heading into a big road test against the Santa Ynez Pirates.

Carpinteria has found success early in the season thanks to the strong play of Alex Zapata, Ainslee Alexander and Briana Rodriguez on offense, and junior goalie Erin Otsuki on defense.

Alexander and Zapata have each scored 15 goals in the first four games, while Rodriguez has tallied nine goals so far. Erin Otsuki has had two games with 12 blocks and has become a force in the net for the Warriors. Alexander, Zapata, Rodriguez, Jocelyn Pena, Serena Smith, Natalia Perez, Guilia Piccoletti, Monica Delgado, Lilli Nemetz and Kate Isaac all scored in a 19-3 victory over crosstown rival Cate.

Carpinteria has also played incredible team offense and defense all year, with several Warriors having multiple-steal games, and ten team members scoring in the first four games. The girls water polo program is following in the footsteps of the boys program, which just won its first-ever CIF Championship this year.

Heading into the road game at Santa Ynez, Carpinteria was feeling confident riding the undefeated streak, but faced a strong and consistent Pirates squad. In a close back-and-forth battle with seven lead changes, with neither team led by more than two goals – the Warriors weren’t able to hold on and were handed their first loss of the season with a final score of 11-12.

Carpinteria started off strong, coach Jon Otsuki said, but gave up two costly penalty shots in the first quarter which left the Warriors down 3-5. Zapata showed senior leadership in the second quarter, exploding for four of her five total goals to send the game into halftime with the Warriors back on top, 8-7.

The third quarter was more of the same, with each team cashing in on a series of scoring runs and Carpinteria heading into the final period with a two-run lead.

In the fourth quarter, Santa Ynez was able to hold the Warriors to zero goals, while being persistent on the offensive end and notching three goals and securing the victory. The 11-12 loss was the Warriors’ first of the season, snapping the undefeated three-game win streak.

Zapata led Carpinteria with five goals, while Rodriguez followed close behind with three of her own. Alexander scored twice and Piper Clayton added in with another goal. Erin Otsuki put in a strong effort in goal, blocking 12 shots in the loss. The team is now 3-1 overall.

The Warriors will have a chance to face the Pirates one more time in a regular season home game on Jan. 17. Carpinteria will take a break in the action for finals week, and will be back in the pool Friday in Simi Valley to face Royal.