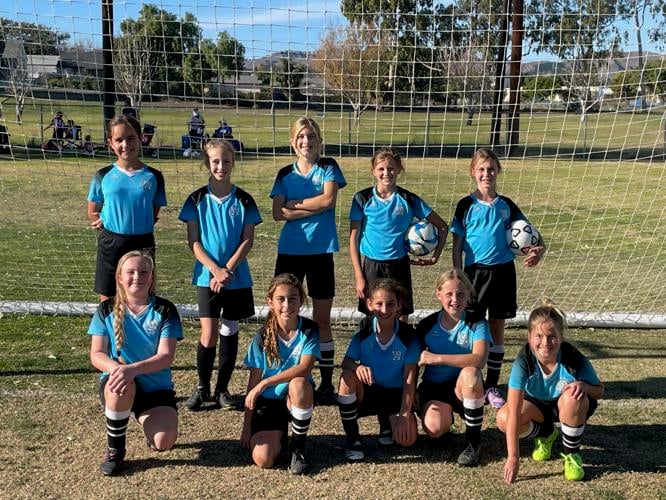 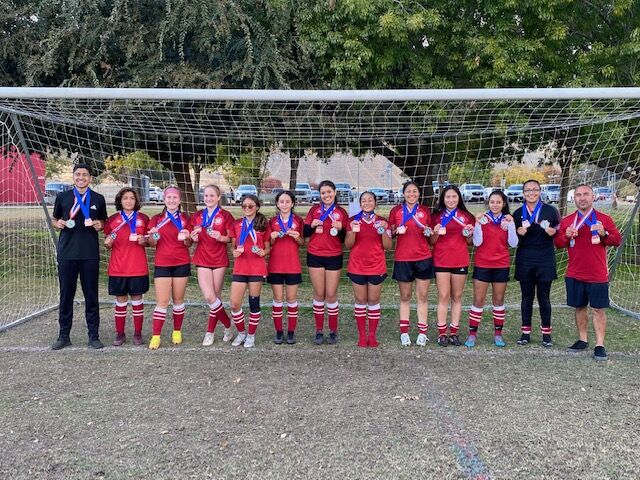 The Carpinteria AYSO U16 girls won the Section 10 League Championship in Bakersfield with four wins over two days. The girls rolled over San Bernardino (4-0) and North Valley (2-0), then overcame a tie against Malibu to beat Santa Barbara 1-0 and earn a spot in the final.

In the championship game, the girls shutout Sherman Oaks 4-0, closing a strong season under coaches Pedro Casas, Adrian Gonzalez and David Roberts. The U16 team also featured some Carpinteria High School freshmen – Vivian Huskins and Evelyn Lara – who have already contributed on the field for the Warriors’ varsity squad.

Carpinteria AYSO U12 girls, also known as Team Tsunami, also closed out the fall season with much success. In nine division games in the region, Team Tsunami finished with seven wins, one loss and one tie.

In the area tournament held over two days in Ventura, Team Tsunami competed with 20 local teams, serving three straight shutouts on day one and advancing to the final round. After a 1-1 tie with Santa Barbara, the girls just missed out on the championship game when the match was decided by penalty kicks. Team Tsunami went on to win the consolation game, 2-1, and claim third in the tournament.

“Five games in two days is asking a lot of these girls, and I couldn’t be more proud of this team,” said head coach Jeff Spach. “I’ve had these girls three times a week since mid-August and have witnessed first-hand the progress and development of each player and how they began to gel as a unit.”

And in the pool, the Santa Barbara Premier League U14 girls – a team of mostly Carpinteria locals – celebrated a second-place finish in the competitive coed Fall Ventura Water Polo League.

The team of girls beat the U14 Gold Coast coed team and the U14 South Coast boys squad before losing in the championship final against the Santa Barbara Premiere U12 boys.