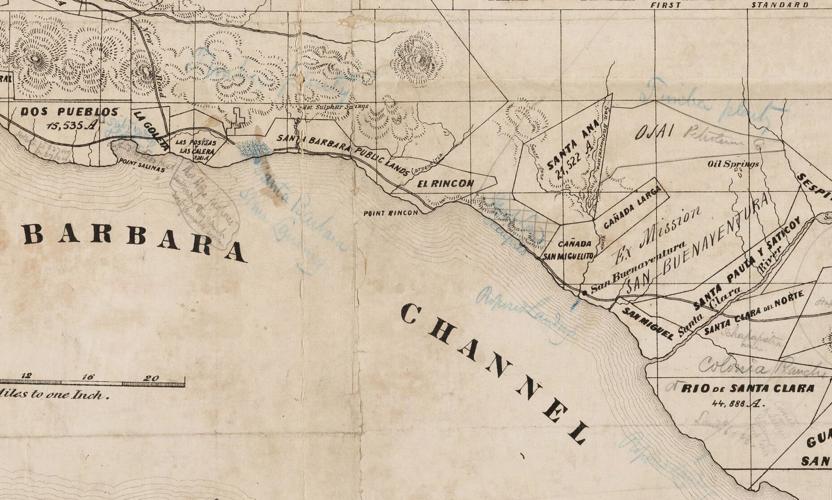 A portion of a map from about 1870 shows some of the land-grant ranchos along the Central Coast. One of the smaller ones is Rancho El Rincon, approximately one square Spanish league: 4,428 acres. 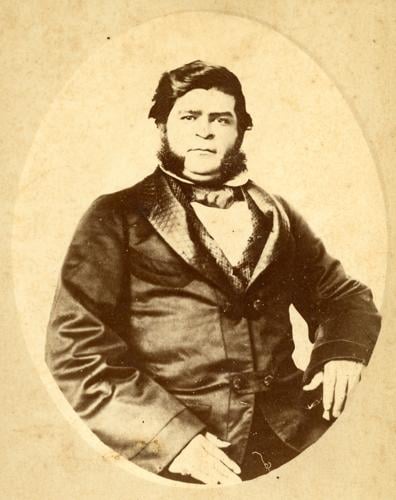 Teodoro Arellanes owned Rancho El Rincon, a Mexican land grant in the Carpinteria Valley. He became one of the wealthiest ranchers in the region. 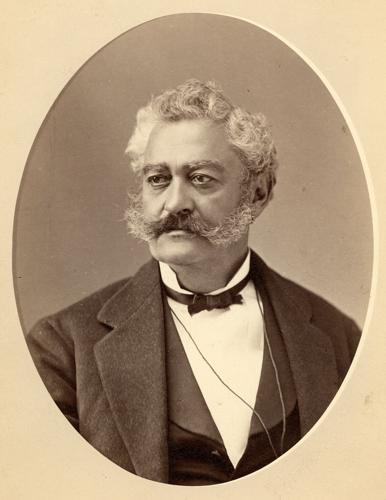 After the United States took control of California, the Spanish-speaking natives felt like “strangers on the very soil on which we were native,” said Pablo de la Guerra of Santa Barbara. He testified about Rancho El Rincon before the U.S. Land Commission.

A portion of a map from about 1870 shows some of the land-grant ranchos along the Central Coast. One of the smaller ones is Rancho El Rincon, approximately one square Spanish league: 4,428 acres.

Teodoro Arellanes owned Rancho El Rincon, a Mexican land grant in the Carpinteria Valley. He became one of the wealthiest ranchers in the region.

After the United States took control of California, the Spanish-speaking natives felt like “strangers on the very soil on which we were native,” said Pablo de la Guerra of Santa Barbara. He testified about Rancho El Rincon before the U.S. Land Commission.

In the 1830s, the Mexican government of Alta California deeded more than 4,000 acres of the Carpinteria Valley to a former soldier named Teodoro Arellanes. In the 1850s, the United States government tried to take it away from him.

Under Mexican law, a citizen in good standing could petition the governor of Alta California for land. If the tract was unused and the petitioner was deserving, the governor would make a gift of the land. In the presence of a local judge, the grantee would complete the transfer by throwing grass, breaking twigs, and shouting, “Viva el Presidente y la Nación Mexicana!”

Teodoro Arellanes was baptized in Mission Santa Clara in 1782, according to mission records. (Spelling of the family name varies. It was originally Arellano.) He served as a soldier. In 1833, he asked the governor for “the place named ‘Rincon’” for his 500 cattle, 120 horses and “more than nine children” (he apparently expected additional ones). A Santa Barbara official attested to Arellanes’ good character. The governor let him use the property in 1834 and gave him title in 1835.

Rancho El Rincon ran from Carpinteria Creek (Arroyo de la Brea) southeast to Los Sauces Creek, which is between Mussel Shoals and Faria Beach, and from Casitas Creek south to the Pacific. It was approximately one square Spanish league in size: 4,428 acres. It was one of the smaller land grants in Alta California. Arellanes also co-owned Rancho de Guadalupe, which was 43,682 acres. Some other ranchos exceeded 100,000 acres.

Contemporaries describe Arellanes as about six feet tall and 220 pounds, with ramrod posture and impeccable manners – “a kind of ranchero prince,” in the words of historian Hubert Howe Bancroft. Ranching made him one of the richest men in the area. Santa Barbara historian Walker A. Tompkins ranks him second only to William Welles Hollister.

As a little girl, one of Arellanes’ daughters supposedly would show playmates a trunk full of gold coins. “You can have one,” she would say. “Papa has lots of them.” (Maria del Carmen Gutierrez Hill, born in Santa Barbara in 1859, heard that story and passed it along to R. W. Bates in the 1930s).

Like many other Californios (Spanish speakers born in California when it was under Spanish or Mexican rule), Arellanes never learned to read and write. Even so, he was respected for his wisdom and experience. California pioneer William Heath Davis once asked how he had accumulated more than 20,000 head of cattle. The tough part, Arellanes replied, is to acquire the first 2,000. “After that,” he said, “they increase very fast.”

In the best of circumstances, it would have been difficult for U.S. officials to evaluate titles issued under an entirely different legal system, where ad hoc notions of fairness often prevailed over strict application of precedents. Now, there was also pressure from new arrivals. With the Gold Rush, California’s population (excluding Native Americans) exploded from roughly 14,000 in 1848 to 93,000 in 1850. Settlers resented the Californios who held title to millions of acres, including some of the most fertile land in the state – much of it unused.

For their part, Californios resented the hostile and often racist newcomers who were trying to steal their property. Pablo de la Guerra, one of the leading citizens of Santa Barbara, said that Californios had become “strangers on the very soil on which we were native.”

Against this backdrop, the United States established a tribunal called the Land Commission to assess rancho claims. Claimants had to hire lawyers and unearth documents. They were opposed by federal attorneys who treated every map as a forgery and every claimant as a con artist. According to the Santa Barbara Weekly Press, a zealous federal attorney litigated a 27-acre tract in Santa Barbara County, worth less than $25, to the U.S. Supreme Court.

The federal attorney in the Rancho El Rincon case threw in every argument he could muster: the maps were unclear, the interim governor who signed the grant lacked the authority, the deed bore the wrong stamps and Arellanes hadn’t perfected his title by throwing sticks and grass. (He belatedly performed that ceremony in 1850, by which time California was under American rule). De la Guerra and other witnesses testified for Arellanes.

In 1853, Arellanes learned of the Land Commission’s ruling by letter, which de la Guerra read to him. The commission rejected the Rancho El Rincon claim on the ground that the boundaries were “so entirely uncertain and indefinite that it is impossible to identify the tract granted.” In essence, the commission held that Arellanes owned a large parcel of land, but because he couldn’t identify the edges with precision, he was entitled to nothing. Arellanes told his lawyer that the loss of the Rincon and Guadalupe ranchos would ruin him.

At that point, his fortunes shifted. The Land Commission confirmed Rancho Guadalupe to him and his co-owner later in 1853. Meanwhile, he appealed the Rincon ruling to federal court.

In 1855, Judge Isaac S. K. Ogier reversed the Land Commission and confirmed the validity of the Rincon land grant. Judge Ogier held that the description of property lines was clear enough. He added that although Arellanes hadn’t followed the letter of the law to finalize his title, he had occupied and cultivated the property for more than 20 years and it would be unjust to take it away. Intentionally or not, the judge was following the approach of Mexican courts by valuing fairness over strict adherence to rules.

By then, Rancho El Rincon had a new owner: Arellanes’ son-in-law, Mateo Henry Biggs, a self-taught physician practicing in Santa Barbara. I’ll tell his story in a later installment.

Stephen Bates is coauthor (with Vince Burns) of the book “Rincon Point,” an illustrated history, which is available at the Carpinteria Valley Museum of History and elsewhere. Bates and Burns will present photos and stories from the book at the Carpinteria Community Library at 3 p.m. Sunday, Jan. 15.