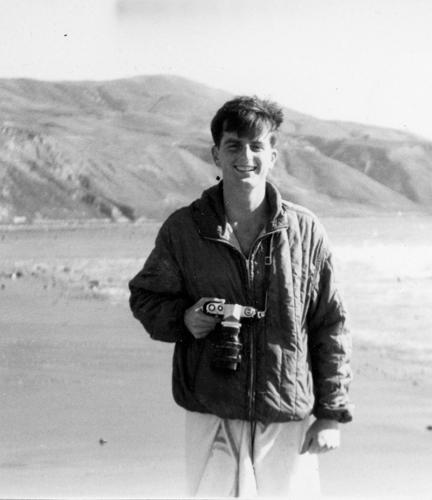 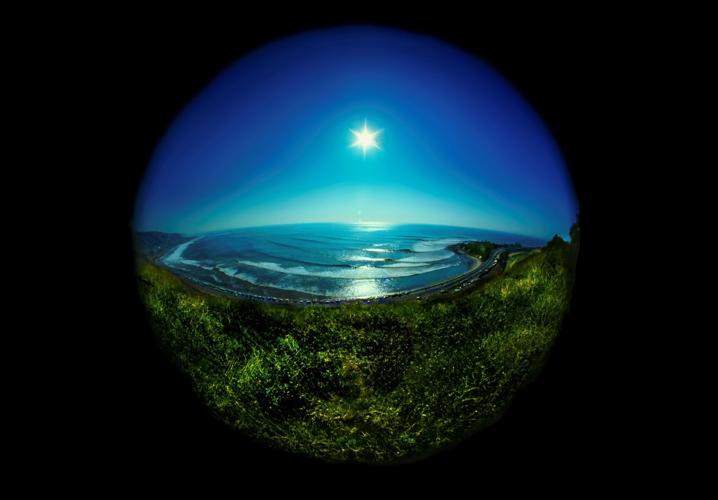 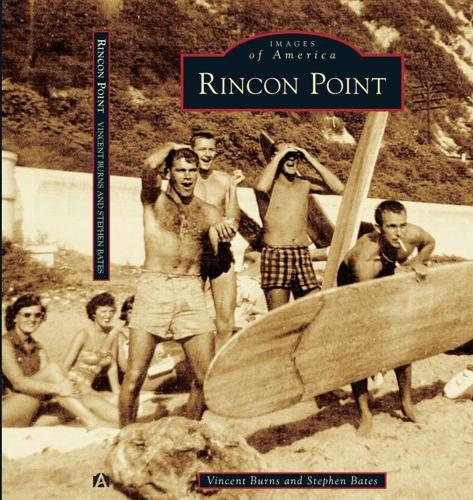 This Burns and Bates book publishes later this month. The photograph shows surfing friends of Dick Metz in 1951 at Rincon Point. The massive wooden board here is “scarfed” – the front end has been lifted to improve maneuverability – an innovation by design legend Bob Simmons.

This Burns and Bates book publishes later this month. The photograph shows surfing friends of Dick Metz in 1951 at Rincon Point. The massive wooden board here is “scarfed” – the front end has been lifted to improve maneuverability – an innovation by design legend Bob Simmons.

It has been a year and a half since Coastal View News first asked us to create a monthly piece on the surfing history of Rincon Point. What fun it’s been! The project began after Stephen Bates and I committed to writing a photographic history of Rincon Point for Arcadia Press. (Shameless plug: the book publishes later this month.)

Stephen is a tenacious researcher and has the magical Bates name behind him. What would be my contribution? I decided to try to do justice to Rincon’s glorious surfing history in the book by beginning to tell the story month-by-month here. The monthly stories seemed a good way to reach out to Rincon’s surfing community, eventually allowing the history to come together.

So far, it’s been a wonderful ride. I’ve been fortunate and honored to meet and interview a tremendous group of Rincon lovers who are both passionate about surfing and extremely knowledgeable about Rincon’s history.

How knowledgeable? They say that Americans’ understanding of history is woeful. But that’s wrong. When it comes to topics we are passionate about, we all have history PhDs. And there’s no passion greater than a surfer’s. (Definitely don’t call it a mere hobby.) Many local surfers paddle around with a veritable multivolume encyclopedia of surf history in their heads. I’ve been honored to sit down with more than a few of these amateur historians who can easily rattle off a microhistory of Rincon, complete with sidebar digressions on the most-used boards of the day, the relevant surf shops (even if long gone) and much more beyond.

At first, progress was slow. I didn’t know the history, and it’s not (so far – see below) in a single book. Bits and pieces are online but disjointed snippets are not history. Progress picked up after I ran across photographs of very early (1951) Rincon surf life taken by surf-retail entrepreneur and living legend Dick Metz. Dick had great Rincon stories to go with his photographs (one of which ended up on the cover of our book). His memories from 70 years ago opened for me the bohemian lifestyle centered around area surf spots during a simpler era before Gidget, big brands, shortboards and crowds.

Another early break was Steve Halsted’s loan of Jason Lumley’s 1957 Rincon surf album. It documented the popularity of surfing later in the 1950’s. It (and Steve’s memories) unlocked the story of early Rincon pioneer Ken Kesson and excitedly referenced a salty and short surfer nicknamed Gidget; the sanitized Gidget debuted only later with the Sandra Dee film of 1959. Thanks to the Lumley album and Dick Metz, a story of Rincon’s early days was emerging. Additional guides were generous with their time. A constant support has been the great Andy Neumann, who has been on the beach where it happened since 1958.

Other mentors have been former “Surfer” mag editor Matt Warshaw and his monumental online surfing encyclopedia (eos.surf), who showed me that careful and systematic recording of surfing’s history is both possible and important. Also influential was Professor Peter Westwick and Peter Neushul’s “The World in the Curl: An Unconventional History of Surfing”, which is a wonderful effort at connecting surfing’s story to the wider history of post-war California and beyond. (By the way, doesn’t being a researcher in surf history at UC Santa Barbara sound like a dream job?)

Since no one wants to read surf history without surf photographs (our book has many), telling the story in words isn’t enough, you’ve got to have the visuals too. And for an obvious reason most surfers of the past do not have many photographs of themselves: you can’t do both at the same time!

So, I began to meet and interview many of Rincon’s greatest photogs. Among them: Steve Bissell, Don Balch, Bill Robbins, Jimmy Metyko, Simone Reddingius and others. I’m hoping to add a few more to the list with stories here over the next months. These folks didn’t just have the art and skill to beautifully capture our favorite point, they also had the presence of mind to understand they were witnessing important cultural moments.

One example is Metyko, who knew without being told that the Tommy Curren/Al Merrick relationship and the great surf of the early 1980s was something special. Steve Bissell has been a tremendous help and friend throughout the project, as modest as he is talented. For proof, see his photograph from the great swell of 1969 nearby. The hunt for the story behind several iconic photos allowed me to unlock more Rincon history. The famous 1967 Carp High yearbook photograph led me to Bernie Baker and Jeff Boyd and the stories of departed classmates: Kevin Sears and Bill Wheeler.

Stories yet to tell

Stories left to tell: a decade-by-decade history complete with bios of the day’s dominant surfers and the boards they rode, more stories of early women surfers, a dive into the days of localism when wave riders in black and muti-colored wetsuits battled for the best waves, more on Rincon’s pre-war surfers and a history of the Santa Barbara County Surf Club and the other local surf clubs.

And of course, there are still more oral histories to take down, especially from those in the “Super Legends” portion of the lineup. All this is a long way of saying that I’ve gotten so hooked on documenting Rincon’s surf history that the project has grown.

Might it be possible, I’ve wondered, to create a true story of Rincon surf that could stand up as real history in the way it’s still sometimes taught at university? And wouldn’t such a history with color photographs be a fitting tribute to Rincon and a blast to write? Sounds like fun to me!

The photographic history of Rincon Point by Vince Burns and Stephen Bates (brilliantly titled “Rincon Point) publishes on Oct. 24. It is available for preorder here: amzn.to/3RtorUO. Ask your local surf shop (or any shop) to stock it. If you have stories or photos about Rincon’s surfing history, get in touch with Vince at vinceburns805@gmail.com.