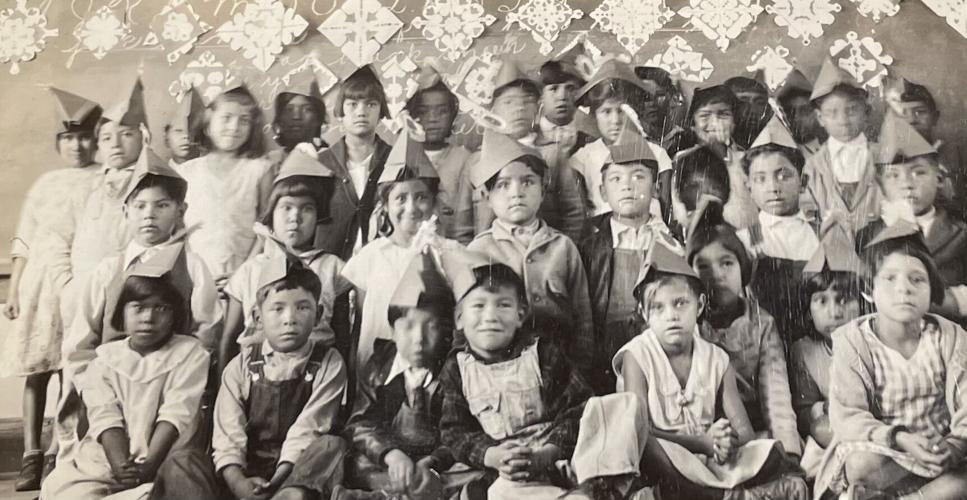 Aliso School segregated Class of 1928 were students under California’s “Mexican only” policy. 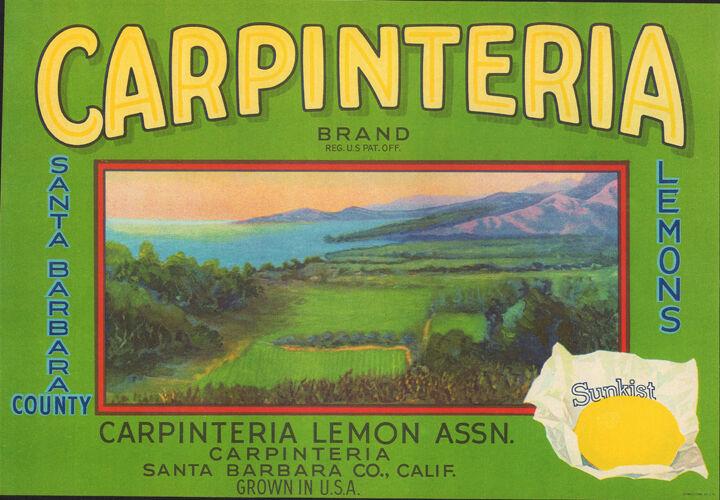 Though itself integrated, Carpinteria Lemon Association was one of two packing houses during the segregated school era prior to 1947. Many workers and their children passed through the “Mexican only” Aliso School.

Aliso School segregated Class of 1928 were students under California’s “Mexican only” policy.

Though itself integrated, Carpinteria Lemon Association was one of two packing houses during the segregated school era prior to 1947. Many workers and their children passed through the “Mexican only” Aliso School.

The Latinx Arts Project/Carpinteria (Proyecto de Artes Latinx/Carpinteria), a grassroots group founded in 2022, will hold a public event honoring former students who attended the Aliso Elementary School before the end of school segregation in 1947. The event will take place at Aliso on June 14, from 5:30 p.m. to 6:30 p.m.

During the event, the Latinx Arts Project/Carpinteria will share plans for its ambitious “Past, Present, Future” mural project, which celebrates the Latino culture and history of Carpinteria.

Former students ranging in age from 80 to 103, all born in California of Mexican heritage, will be in attendance and honored. They include: Tomas Castelo (80), Benito Villegas (80), Lorenzo Martinez (93), Salvador Campos (95) and Josephine Villegas (103). A short video by cinematographer Brent Winebrenner featuring interviews with these former students will be shown.

Prior to 1947, Carpinteria’s Aliso Elementary School were designated for “Mexicans only.” Although Carpinteria High School was integrated, few Mexican Americans graduated.

Mexican Americans, who were born in the United States, were separated in a number of schools throughout California before a landmark case, Menendez vs. Westminster, called for the integration of schools and banned “Mexican only” schools in the Golden State.

In the 1930s and 1940s, the kindergarten-through-8th-grade Aliso schoolhouse provided showers to students from the “Old Town” and “Hollywood” sections of Carpinteria, many of whom lived in homes with no indoor plumbing. The school was meant to be a funnel for this population to Carpinteria’s lemon industry, according to the project: workers needed for picking, wrapping and shipping. Carpinteria had two packing houses in town. The Carpinteria Mutual Citrus Association was “whites only” inside.

Mutual Citrus integrated sometime during World War II. The labor shortage necessitated a change in their segregated policy inside the packinghouse during the war. Many women worked wrapping lemons individually and packing them for shipping.

The Latinx mural project, co-founded by Suzanne Requejo and Leslie Westbrook, wants to create Latinx themed murals in Carpinteria, California. The project is currently in the fundraising stage, according to Westbrook.

“Local artists will be invited to enter their design visions for consideration. The result is intended both as a vibrant visual testimony to Carpinteria’s Latinx history and a means of bridging all of our town’s cultures.”

Half of the small seaside town of Carpinteria’s population of 15,000 are currently Hispanic. As of the 2021-2022 school year, 74.9% of the students in the Carpinteria Unified public schools are Hispanic.

The Latinx Art Project will hold the event on June 14, from 5:30 p.m. to 6:30 p.m. in the Aliso School Auditorium, 4545 Carpinteria Avenue. To learn more, donate or get involved, visit latinxartsproject.org. Follow along on Instagram and Facebook at Latinx Arts Project Carpinteria and on Go Fund Me at gofundme.com/f/Latinix-Mural-Project-Carpinteria.

For the record: In CVN Vol. 28, No. 37, “Latinx Arts Project to hold June 14 event at Aliso,” the percentage of Hispanic students in the Carpinteria Unified School District was incorrect. In the district, as of the 2021-2022 school year, 74.9% of students are Hispanic.

My first Comment is that I am happy to see this feature being used. In the past I have not seen much if any activity here. I hope we keep it up. We need an alternative to Next-door and Facebook. I am old so I will bow out of the Latinix debate. We will see if it catches on. I saw a recent poll where only a very small percentage of Latinos/Latinas adopt Latinx.

It's true. The Latinx anomaly has not had nearly as much traction as the left claims. It is a very small obnoxiously loud minority so infested with narcissistic ideation that they demand the rest of the world kowtow to their demands. I've visited Indonesia and Thailand. One thing I admire about those countries is that there is a niche population of transvestites, and everyone else lives and lets live. The governments of both Indonesia and Thailand adopt an approach akin to "Look, we're gonna leave you alone to do your own thing, but we're not bending order changing anything just for you. YOU'RE the ones who have to navigate within the system that we've created for everyone, not the other way around." Why is it that Western countries have lost our backbones? Why have we allowed these very small very loud groups of people bully and gaslight us into swallowing their indoctrination? They've made us into such neutered cowards that we're too afraid to even protect our own children when they get sexualized at a criminally young age by LGBTQlmnopxyz school faculty members. Animals in the wild kingdom will defend their young with their lives, and yet we've become cowards because we don't want to be labeled an -ist or a -phobe. If our own kids can't even rely on us to protect them, who the heck will?

Latinx??? Are you kidding me??? Look, you need to keep your woke agenda away from my culture. The correct word is "Latino." Always has been, always will be. Spanish is a masculine language by default, unless a feminine descriptor is needed. Put some respect on my culture, NOW!

A bit of history from CNN a and my thoughts combined- Hispanic" came into use around the 1970's and first appeared on the US Census in 1980. But that sparked a conversation over whether that population should be designated as "Latino," and "Latino" was added to the Census in 2000.

"Latinx," by contrast, is a relative newcomer. -CNN

"Latinx" came about academically as well as many activists and academics began adopting it to be more INCLUSIVE of Hispanics and Latinos who don't fit into the male/female gender binary.

The term replaces the "o" in "Latino" or the "a" in "Latina" with an "x" to make it gender-neutral. (Me) and has nothing to do with disregard to being Latino/a, Hispanic or Mexican.

First point of contention: CNN. My recommendation: don't take anything they say seriously.

Next point of contention: There is no gender neutrality. There are Xx chromosomes and Xy chromosomes. Gender dysphoria is a psychological disorder illustrated in the DSM-V. Would you entertain someone's schizophrenic delusions if they claimed to hear voices in their head? And yet, we are strong armed and brow beat into towing that line of lunacy.

An education in higher learning is not synonymous with becoming more intelligent. There has never been a time in history when that statement was more true than it is now.

Grow up and read a book, it's 2022 and to infer "disrespect" from this term is beyond ignorant. There are plenty of people of Latin heritage who like the term Latinx. Are you still furious about "Ms." as well?

"Grow up and read a book." There is gaslighting, and then there is that petty attempt. Are you trying to tell me that I don't get to be offended? And.....you are??? Tell me something, what offends you? Please, tell me so I can button mash you like my original Nintendo Entertainment System from the 80s. Luring out the hypocrisy within would be as easy as that. And so what if "Ms" is offensive to me as well. It wasn't, but now that you stretched there...Yeah, I don't like that either. What now?

You seem to be very opinionated on the subject of gender according to your comment history. Maybe it is time to accept change. Latinx is a term to be inclusive not exclusive or dividing.