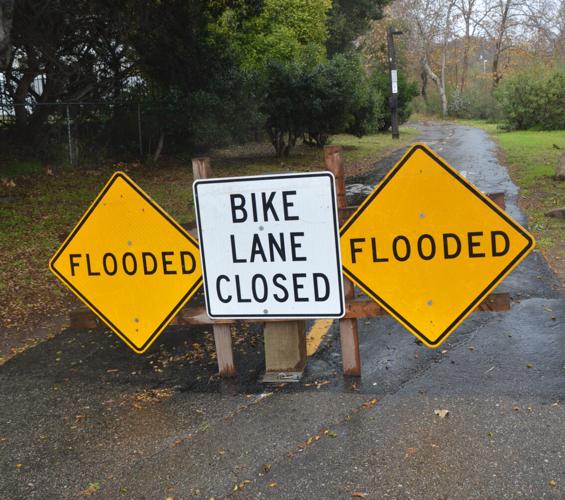 The Carpinteria Creek Bike Path, seen in early January, will remain closed for the immediate future. 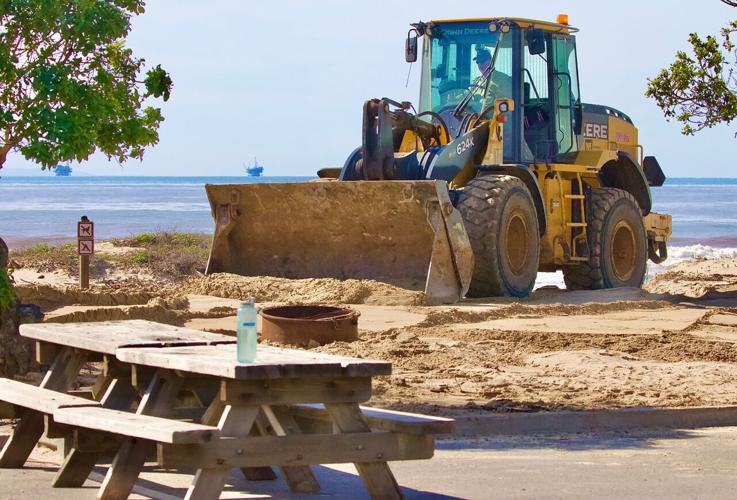 On Monday, commenters at city council argued against the city moving sand and rocks from nearby debris basins onto Carpinteria’s beaches.

The Carpinteria Creek Bike Path, seen in early January, will remain closed for the immediate future.

On Monday, commenters at city council argued against the city moving sand and rocks from nearby debris basins onto Carpinteria’s beaches.

The Carpinteria Creek Bike Path will remain closed for the immediate future due to debris and structural damage, city staff told the council Monday.

“There’s some parts of the bike path that has been structurally undermined,” Public Works Director John Ilasin told the council Monday, stating he doesn’t know the full extent of the damage at this moment.

Removing the debris could take five working days, Ilasin said. He added, however, that fixing any structural damage is a significant project, and could take much longer. “I don’t have a schedule for that. Right now, we need to get the (debris) out of the bike path,” he said.

City staff will put up water walls at the entrance to the trails “for more of a deterrent,” according to Ilasin.

Debris around the Carpinteria Avenue bridge also needs to be removed. Ilasin said that could take between two and three working days, with a tentative start date of Feb. 13.

“We’re looking at a couple of months (of work),” he added. “This type of work, especially emergency repair, is (harder) to pin down than a regular construction project (…) We want to unclog those obstructions.”

The city is also working with the county to clear out the Arroyo Paredon, Santa Monica and Toro Canyon debris basins, moving rocks and sediment from those basins to the Carpinteria beach near Ash Avenue. Debris from the Gobernador debris basin may also be cleared out in the future through Carpinteria.

“The county doesn’t anticipate any other debris basins (around the county) to be involved, other than those four,” Ilasin said.

The rock and sediment, city staff said, help with beach nourishment; if the debris basins were not in place, the debris would make its way down to the beach naturally, but the basins prevent significant flooding and damage to houses.

But some commenters argued fiercely against the decision to put move rock and sediment onto the beach at all – one claimed that what was being “dumped” on the city beach was not, in fact, sand.

“These are all nice charts, but I disagree with a lot of that,” Carpinterian Rick Olmstead said Monday during public comment, pushing back against city staff. “The coastline of California is 840 miles. (Our beach) is ¾ of a mile. Why are we a disposal site? (…) I don’t understand why we’re always the catch basin.”

Commenter Michelle Carla said the Carpinteria Beach has “never been the same” since the clearing out of nearby debris basins five years ago.

City staff clarified that all rock and sediment moved to the beach is tested. “(The sands are) sub one inch,” Ilasin said. “As far as rocks go, we’re looking at suitable rock material that’s 10 inches or less.”

CVN Managing Editor Evelyn Spence is going on her sixth year reporting on hot-button issues in Santa Barbara County. She is passionate about covering local, city and school board issues. Send tips to editor@coastalview.com.

I am baffled by the objection to the dumping on the beach. It was trapped up stream in a basin and dumped at the one of the only places a dump truck has access top the eventual place it was going to end up.