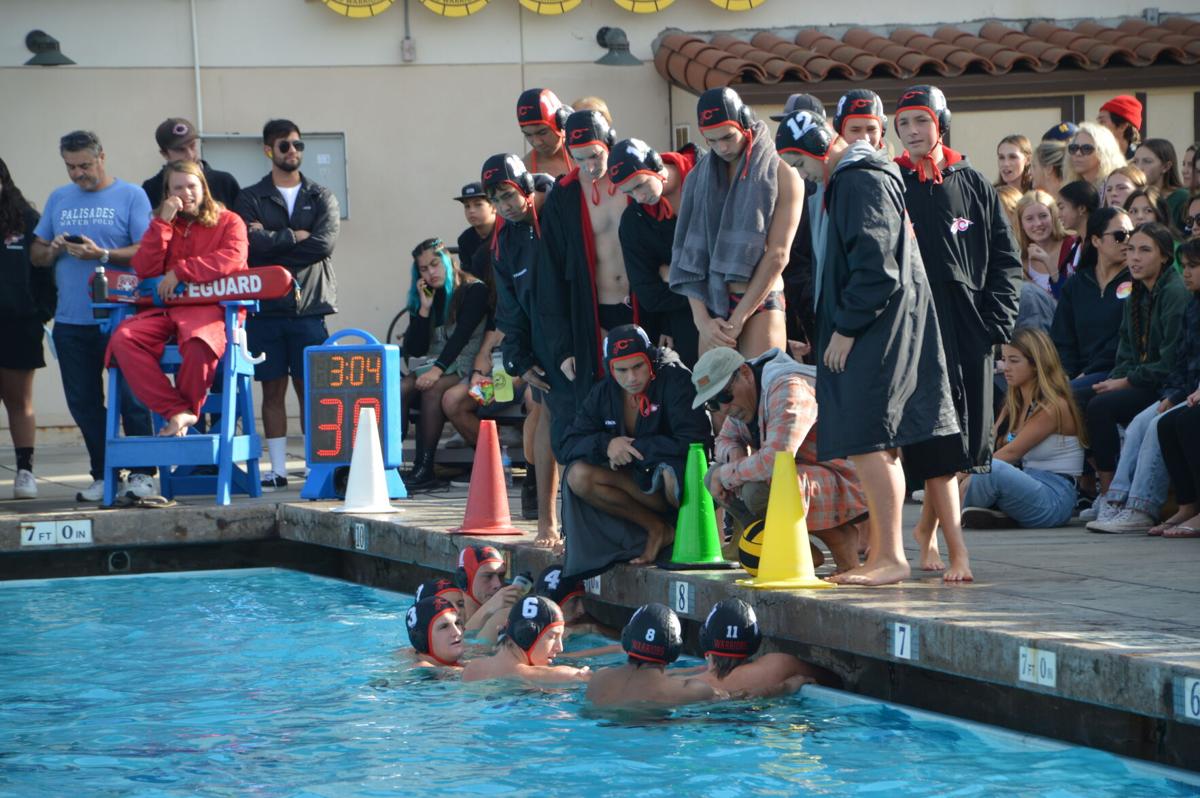 Tactician Stephen Kim was named the 2021 CIF Southern Section Coach of the Year, leading the Warriors to their first-ever CIF title. 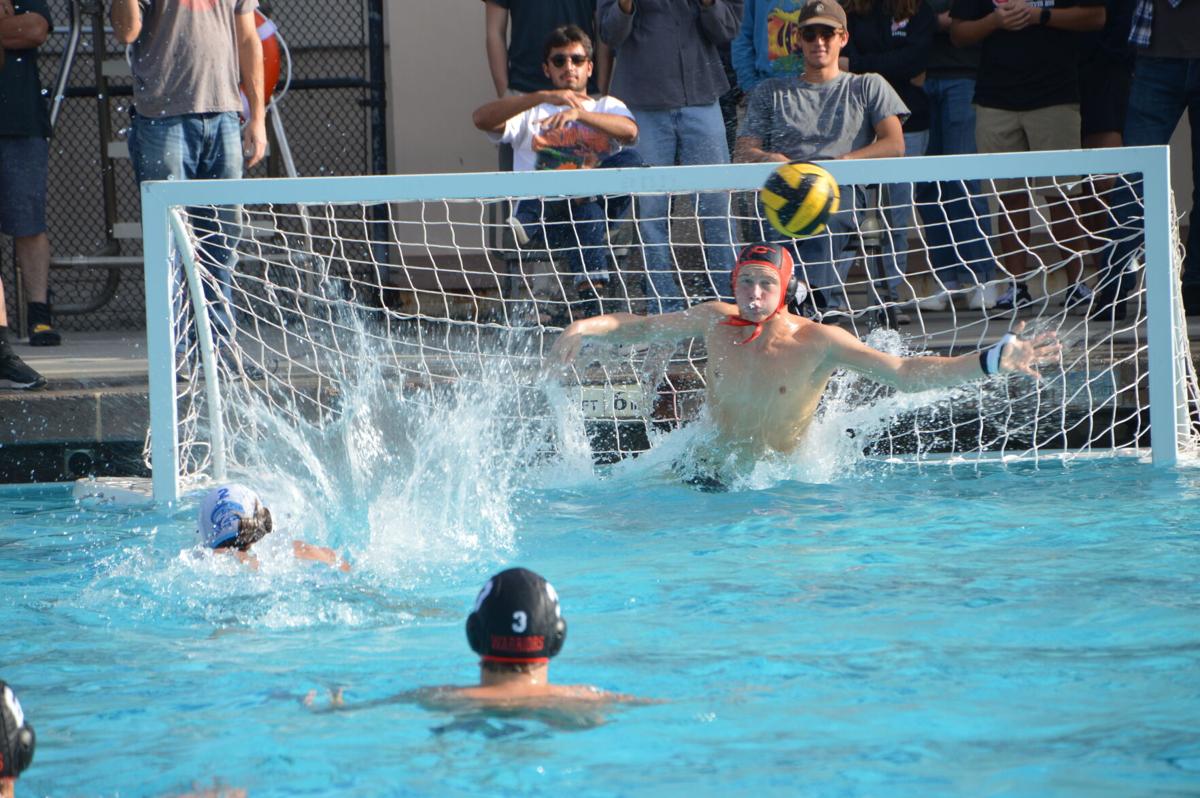 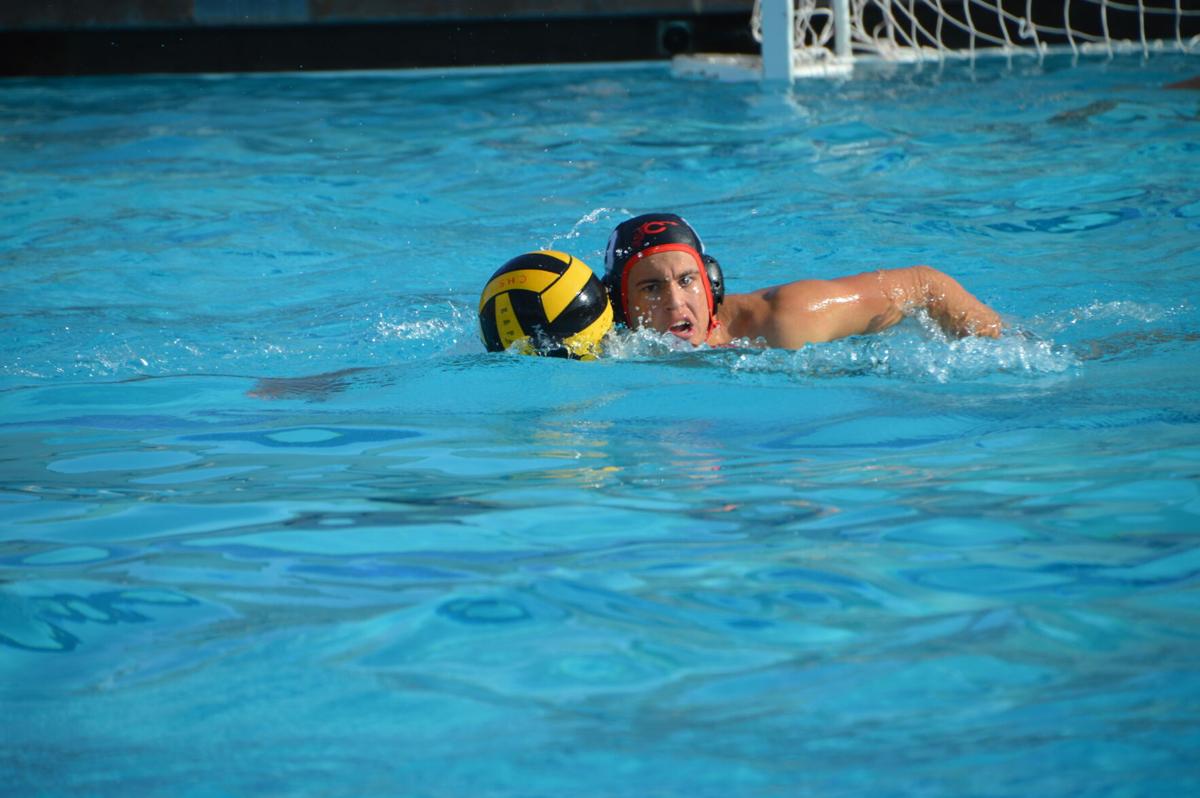 Ian Thomas takes the ball; he scored a goal in both the semifinals and finals of the SoCal Tournament. 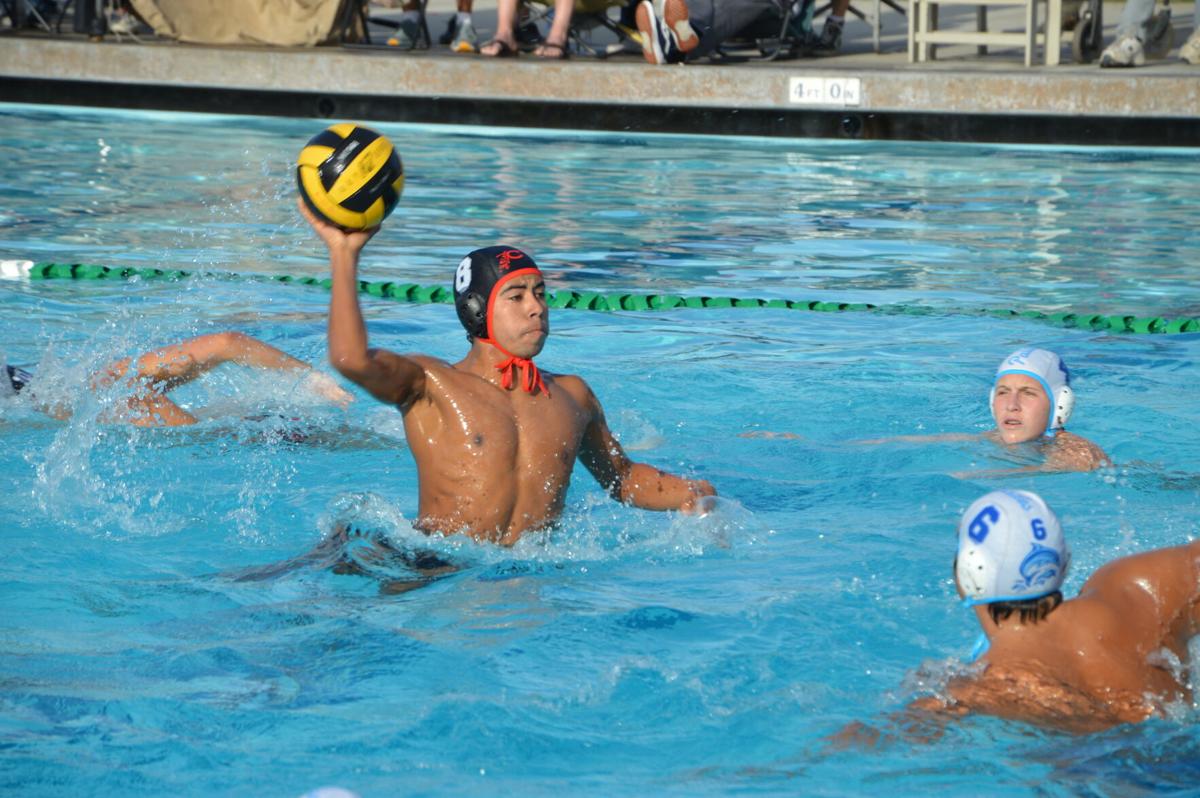 Senior captain Mateo Handall played a big role on offense and defense in the tournament.

Tactician Stephen Kim was named the 2021 CIF Southern Section Coach of the Year, leading the Warriors to their first-ever CIF title.

Ian Thomas takes the ball; he scored a goal in both the semifinals and finals of the SoCal Tournament.

Senior captain Mateo Handall played a big role on offense and defense in the tournament.

Carpinteria’s boys water polo team finished a season for the record books, making it to the finals of the 2021 CIF SoCal Boys Water Polo Division 3 Championships – a bonus after already clinching their first-ever CIF Southern Section title – finishing second in the region after a tough loss to Palisades, 5-9.

“The school and community support for the boys program was outstanding,” said coach Jon Otsuki. “Although it is bittersweet to take the loss, it was an incredible season for the Warriors to win their first ever CIF Southern Section Division 5 title, runner up for CIF SoCal Division 3 championships, and finish with an overall 25-5 record.”

The Warriors reached the finals of the tournament after a 18-9 first round win against Eagle Rock, and an 11-3 semifinal win against San Dieguito.

San Dieguito was the San Diego CIF Division 3 Champion, but Carpinteria was able to secure the win with a stiff team defense, something Otsuki called the “cornerstone of their successful season.”

Senior Zach Isaac led the team with three field blocks and Gavin Lohuis grabbed two steals of his own. Goalie Jacob Taff held down the goalie position once again with great shot blocking, Otsuki said, and got the offense rolling with accurate down-pool passes to initiate fast breaks.

Sophomore star Asher Smith – who was also named CIF Southern Section’s Player of the Year – led the scoring with five goals, while Mateo Handall added a pair and Reyn Clayton, Justin Main, Ian Thomas and Gavin Lohuis each scored once.

The final against Palisades was a physical match between #1 Carpinteria and #2 Palisades, the Los Angeles section champion. Carpinteria defeated Palisades earlier in the season on a 13-12 comeback victory on Sept. 9.

In the SoCal regional final, however, Palisades zraced out to a 0-4 lead, which stretched to a 1-6 by halftime.

“The Warriors continued to fight, outscoring Palisades in the second half 4-3, but could not get enough momentum to overcome the large deficit,” Otsuki said.

In the final game of the year, Smith led the Warriors with two goals and Thomas, Main and Lohuis rounded out the scoring with one each. Main, Handall and Clayton each recorded two steals on defense, while Taff blocked 11 shots on the day.

In addition to Smith being named Player of the Year, several other Warriors, including tactician coach Stephen Kim who poured hours preparing the boys to reach their full potential, were honored in the All-CIF Southern Section Division 5 2021 list.

Kim was named Coach of the Year, while Handall, Taff and Isaac all made the All-CIF First Team.

Lohuis and Main made the Second Team, while Clayton rounded out the honor lst on the Third Team.