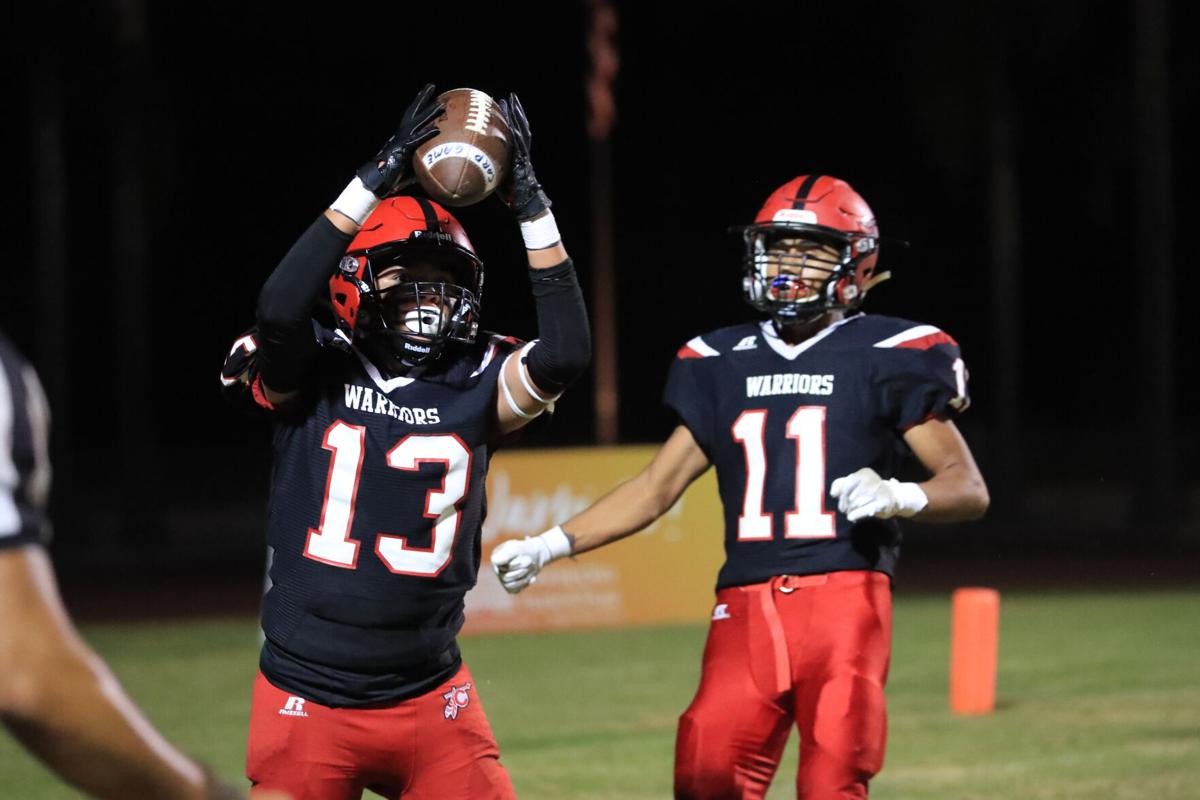 Dominic Herrera celebrates a touchdown that gave Carpinteria a 10-6 lead. 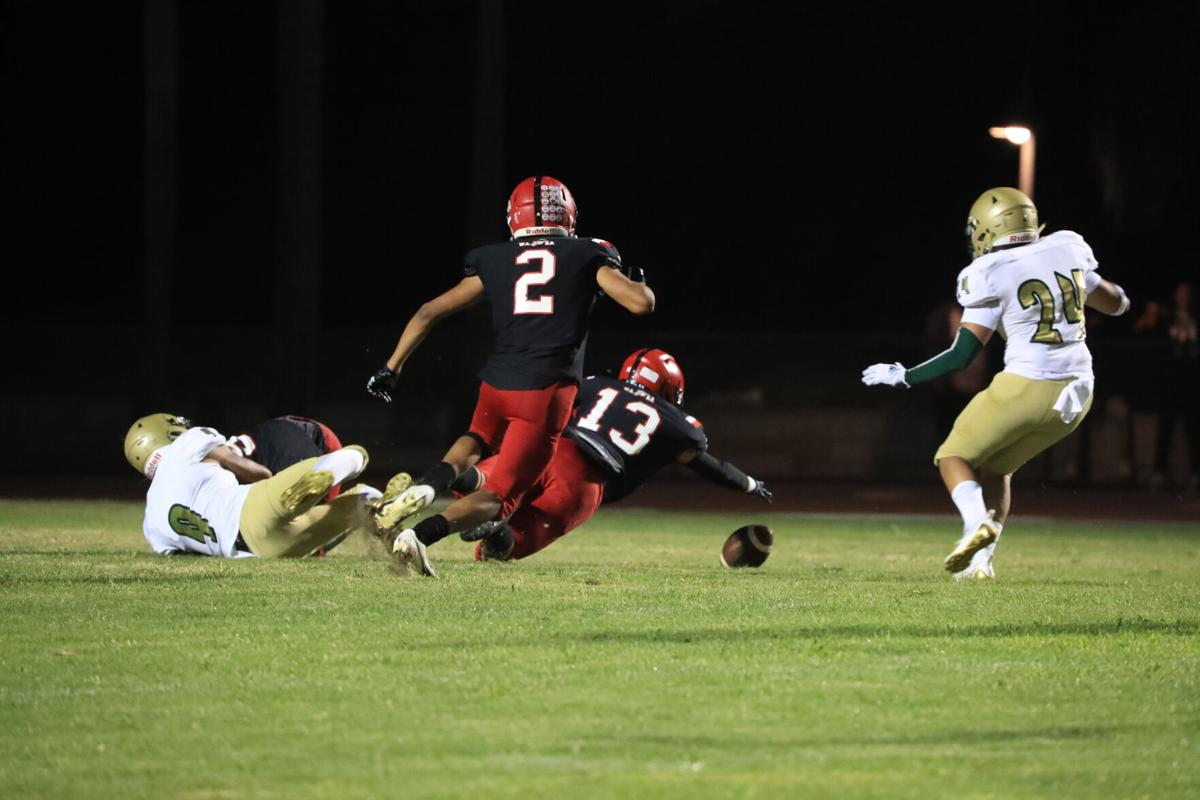 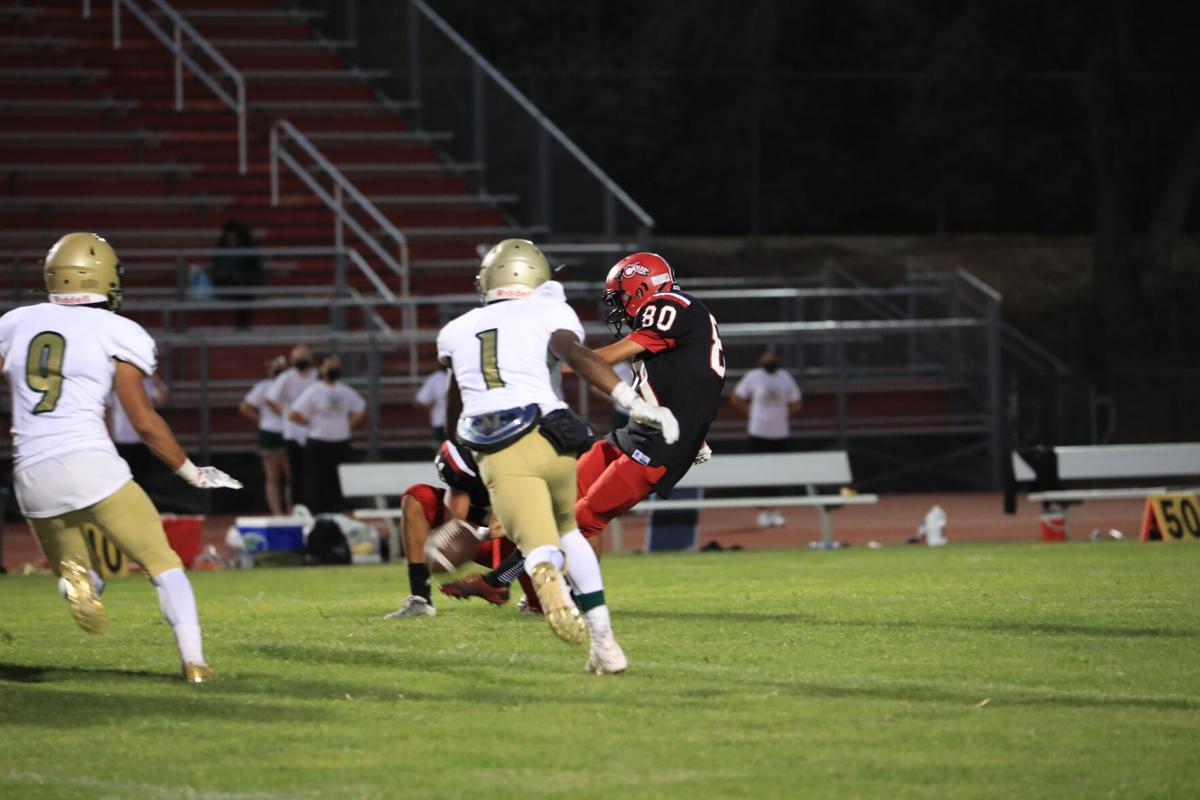 Raul Reyes fires off a 36-yard field goal for the Warrior’s first points of the year. 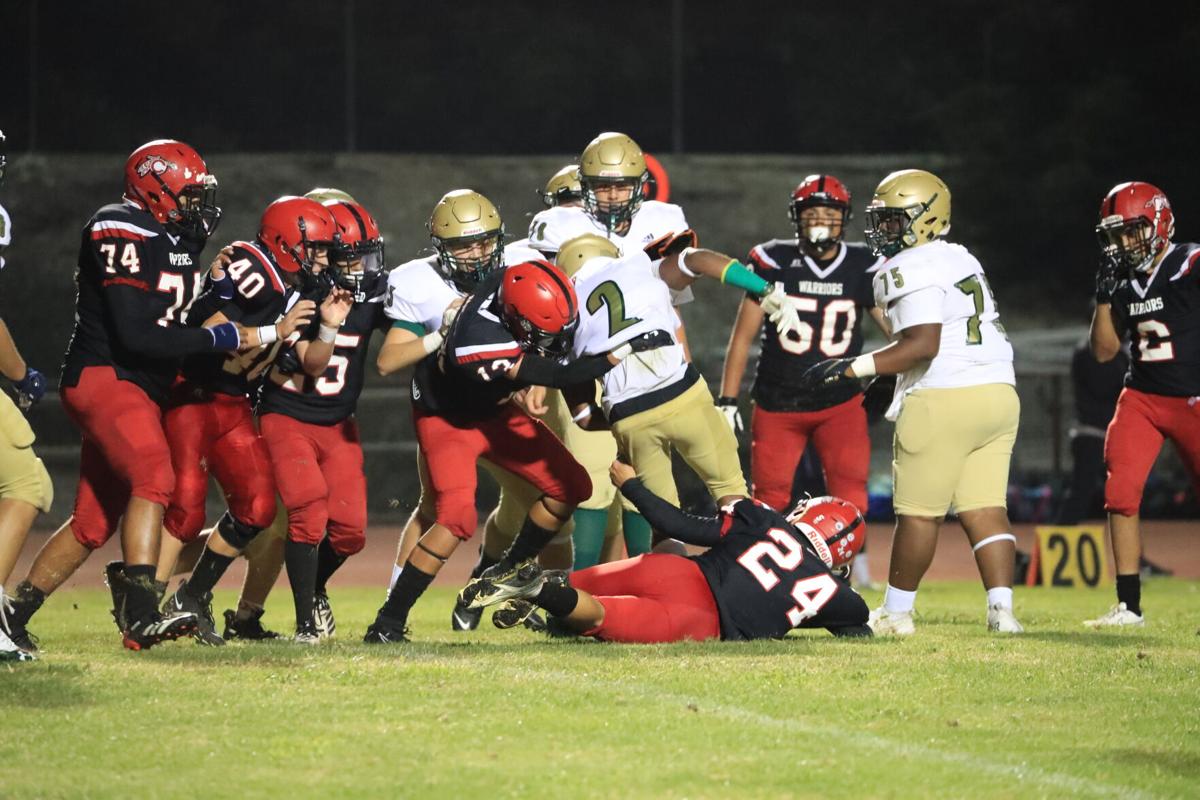 Dominic Herrera celebrates a touchdown that gave Carpinteria a 10-6 lead.

Raul Reyes fires off a 36-yard field goal for the Warrior’s first points of the year.

After nearly 700 days without football, the Warriors returned to the friendly confines of Carpinteria Valley Memorial Stadium to take on St. Monica for their first home game of the season.

Carpinteria’s home fans turned out to support the team, which got out to a quick start and scored their first points of the year on a 38-yard field goal from sophomore Raul Reyes.

“The Warrior community showed up,” said athletic director Pat Cooney. He said it was the “largest crowd in recent history,” and that fans, a raucous student section dressed in all black, and the team were all excited to bring back school pride on Friday nights.

“The community deserves congratulations for bringing football events back with vengeance and for displaying once again that Warrior spirit never dies,” Cooney said.

In the second quarter, freshman Dominic Herrerra made his presence known when he recovered a botched punt attempt deep in St. Monica territory, then caught a 10-yard pass to give Carpinteria a 10-6 lead going into the half.

Warriors quarterback Matthew Munoz broke for a long, 46-yard run and threw for a touchdown, but three interceptions – including a tipped pass that was returned inside the Carpinteria 20-yard line – proved to be too much to overcome in the end, and St. Monica held on to a slim 19-17 victory on the road.

A silver lining in the Warrior’s tough loss is their staunch third-down defense, which was able to stop 11 of 12 St. Monica third-down attempts. Carpinteria also held the Mariners rushing game to 62 yards in the defeat.

With the win, St. Monica is now 1-1 on the season, heading into their next matchup at home against undefeated Hamilton (Los Angeles) on Friday, Sept. 10.

After the loss, Carpinteria is now 0-2 on the season, and will return to Carpinteria Valley Memorial Stadium on Friday, Sept. 9 for another non-league home game against Channel Islands, who recently lost their third game in a row 49-19 against Thousand Oaks. Both teams are looking for their first win of the season.