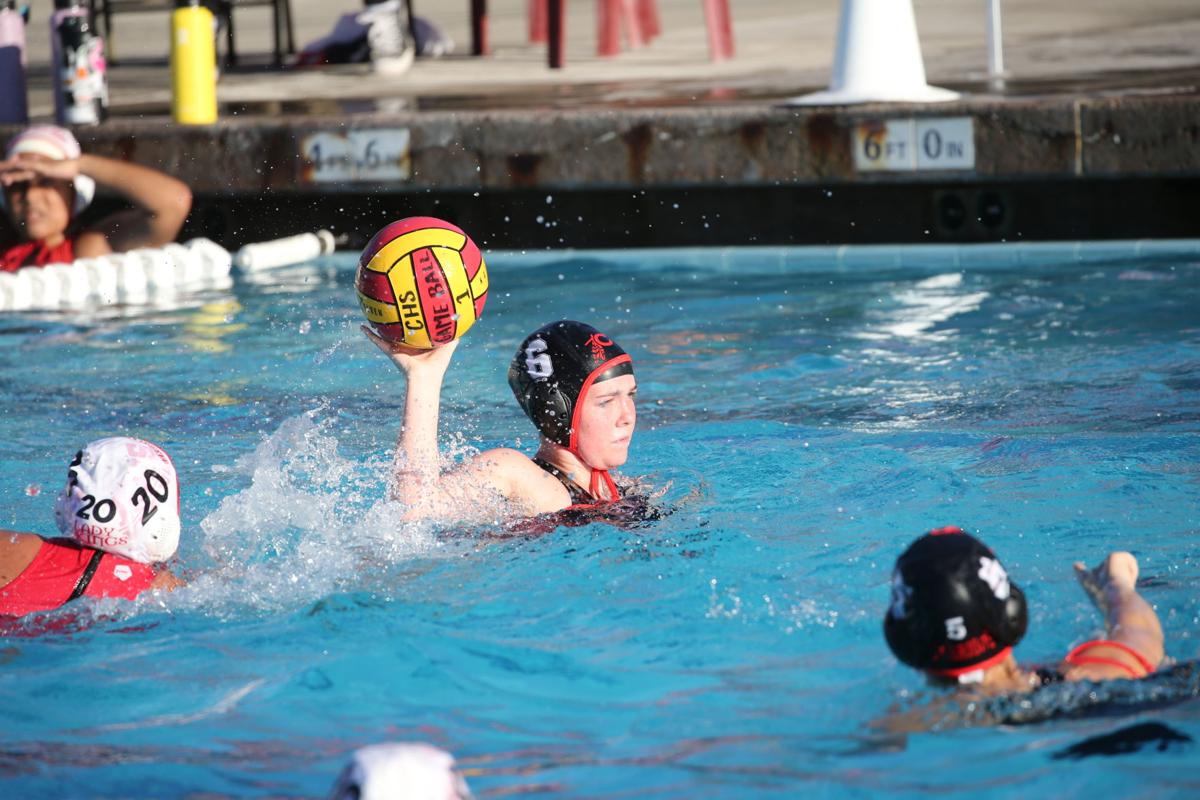 Mia Cox scans the field for her next move against the Vikings. 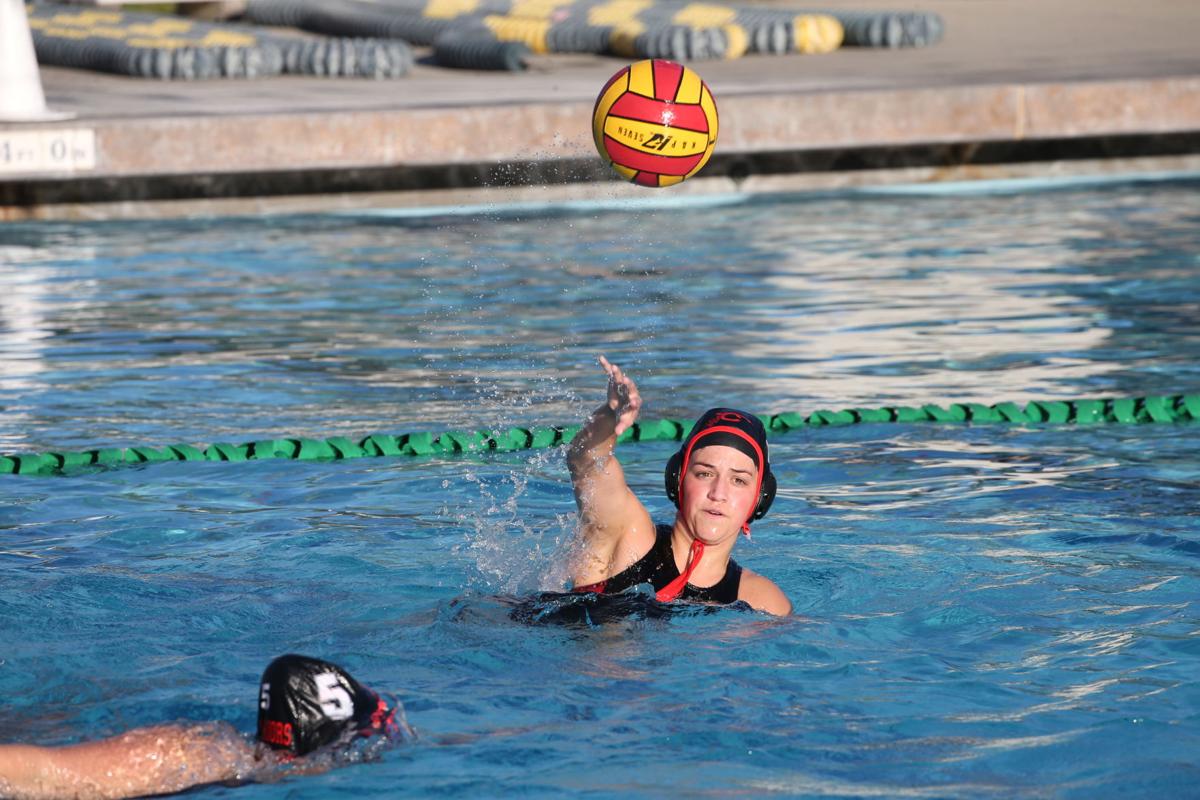 Natalia Perez makes a clean pass to a member across the pool.

Mia Cox scans the field for her next move against the Vikings.

Natalia Perez makes a clean pass to a member across the pool.

The Carpinteria High School girls water polo team continued their run for a Citrus Coast League (CCL) title last week when they hosted another CCL school, Hueneme, on Thursday, Jan. 23, at the Carpinteria Community Pool. The outcome was never in doubt as the Warriors jumped to a 4-1 lead in the first quarter and never looked back en route to a 12-3 victory. The win improved their record to 11-5 overall and 5-1 in the CCL.

After gaining a three-goal lead, Carpinteria senior Sadie Mead tacked on another point with 38 seconds to play in the first. The team had a 5-1 lead by the end of the quarter. Alex Zapata, Piper Clayton and sophomore Briana Rodriguez also tallied goals, adding to the Warriors’ margin of comfort. Goalie Kate Gay turned away two shots in the opening stanza to keep the Vikings at bay.

The home team continued their momentum into the second quarter when Rodriguez, on a pass from Cassidy Hajducko, netted another goal in the opening minute. Moments later, Megaly Yepez, who scored the single Hueneme goal in the first period, fired another shot at Gay, but the junior once again came up with the save. “She (Gay) does an amazing job, with the improved defense, she’ll block any shot that isn’t perfect,” said Carpinteria coach Sergio Castaneda.

The Warriors had more opportunities in the second. Lexi Persoon, on a nice feed from Mia Cox, unleashed one on goal that hit the crossbar. With 2:49 left till halftime, Carpinteria cashed in when Rodriguez scored on an assist from Zapata, making the lead   7-1 going into the break.

A little more than two minutes into the third, Hajducko scored off a penalty to put the Warriors up, 8-1. Hueneme then answered with two consecutive goals—the first by Mia Wilson and then Yepez notched another, and the lead was cut to 8-3 with 2:28 to play in the quarter. With just 24 seconds left, Carpinteria’s Jocelyn Pena blasted one into the right upper corner of the net, and the Warriors were ahead 9-3 going into the final stanza.

Carpinteria added a penalty shot with just under six to play in the game. Persoon tallied another goal off an assist from Cox, and Rodriguez scored again on an assist from Zapata, closing out the scoring. Rodriguez led all scorers with four goals. Mead was right behind her with three. “She’s (Rodriguez) our set, she’s got those quick-twitch muscles to the ‘T,’ the ball comes and she’s ready to go,” said Castaneda.

It was a good week for the Warriors as they traveled to Thousand Oaks and knocked off the Lancers 11-5 on Jan. 22. “Pretty good performance, we’re hitting our stride exactly where we need to be,” said Castaneda. Nordhoff and Santa Paula look to be the two teams standing in the way of the CCL title.

Santa Paula, who tied with Carpinteria for the top spot last year, beat the Warriors earlier in the year, 8-7, scoring the winning goal with 18 seconds to play. The two teams will square off once again on Feb. 3, at the Carpinteria Community Pool with the league title possibly at stake.