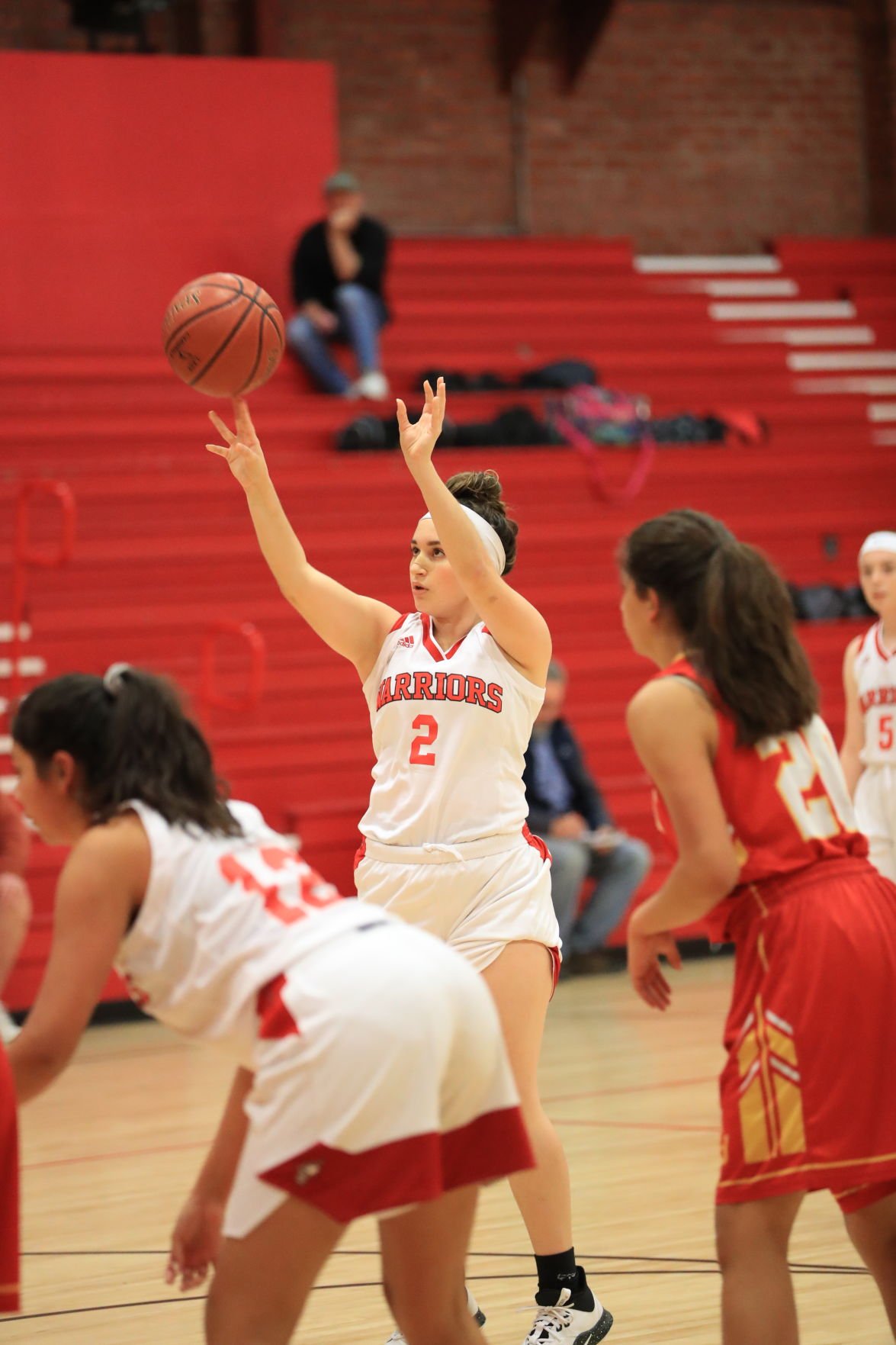 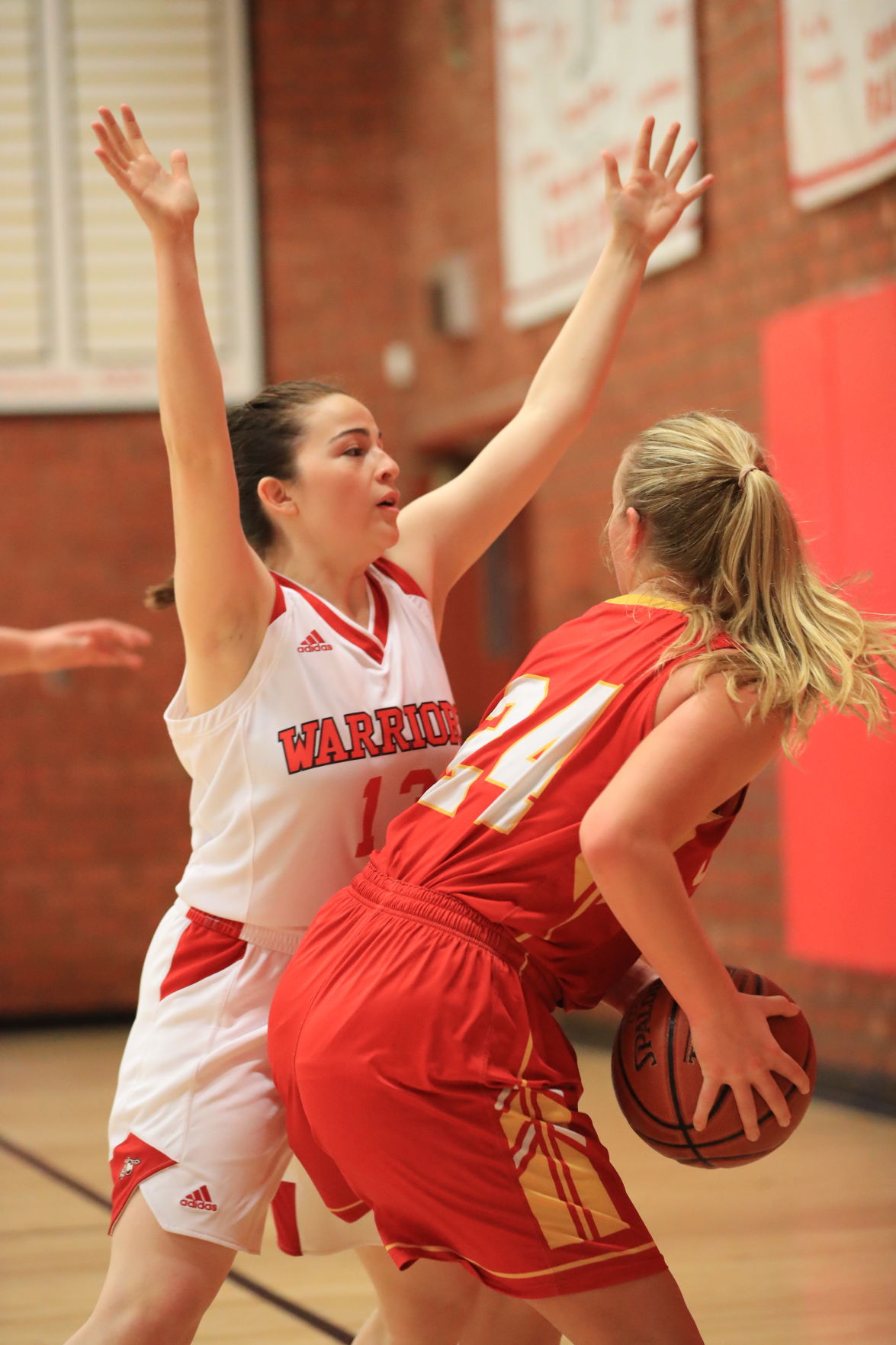 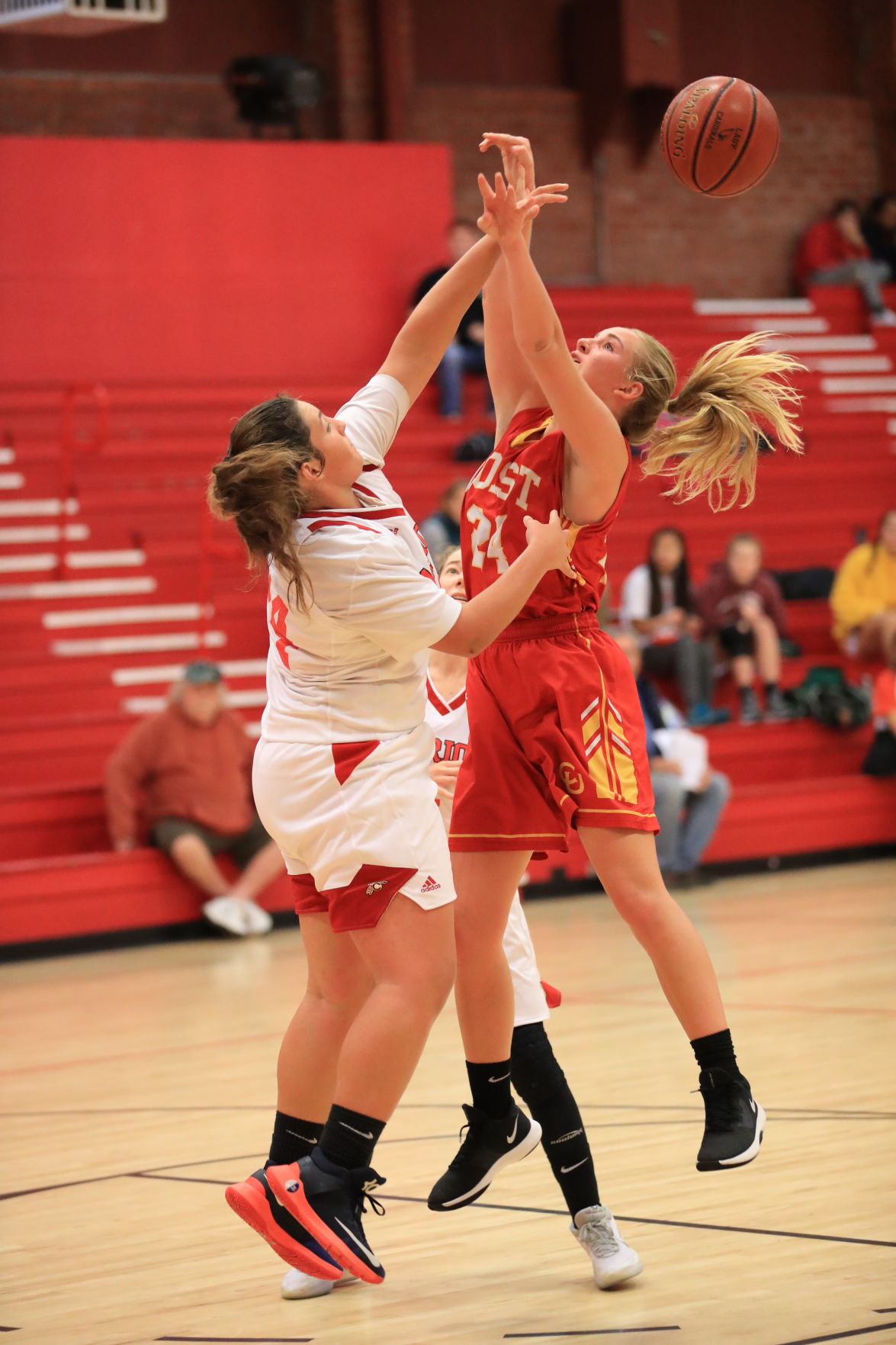 Graciella Verdugo bats the ball away from an opposing player.

Graciella Verdugo bats the ball away from an opposing player.

The Carpinteria High School girls basketball team competed in the Bird Cage Classic this month, spending much of last week traveling to host school and longtime rival Bishop Diego. The Warriors came into the tournament with a 1-1 record under second-year coach Benti De La Cruz. Over four consecutive days, the team took on four different schools.

The Warriors played their first game against the host Cardinals, staying with Bishop in the first quarter and trailing just 11-7 going into the second. But the Cardinals spread their wings in the next stanza, taking a 27-11 lead into halftime. The second half began with both teams hitting multiple buckets. At one point in the quarter, Carpinteria’s Alondra Lemus knocked down seven straight points. However, Bishop gradually extended their lead and finished on top with a score of 61-38. The leading scorers for the Warriors were: Hannia Hernandez with 15 points and Kaela Kelley with nine.

In their next game, the Warriors faced the Patriots of Providence from Santa Barbara. Off to a quick start, they finished the first quarter ahead 19-0, and proceeded to build a 39-4 lead at the half. Hernandez scored 10 in the third, and Carpinteria went on to a 75-18 win.

“Freshman Gracie Verdugo had a standout performance by dominating the boards and scoring a season high of 24 points,” said De La Cruz. Hernandez added 21 points and Gabriella Graham had 13 points.

In the girls’ third game, they faced Coastal Christian of Arroyo Grande. After trailing 7-6 at the end of the first, the Warriors found themselves down at halftime, 25-11. Carpinteria made a final charge in the fourth, but ended up falling, 38-34. Hernandez once again led the team with 10 points, while, Graham and Kelley each pitched in seven.

On a rainy Saturday afternoon, they took on Coast Union of Cambria in their final game of the tournament. The Warriors were without their leading scorer, Hernandez. Carpinteria got an early boost with a long trey from Kelley to take a 3-1 lead. They added to the lead to finish the first quarter up 10-7 but ran into some foul trouble going into the second, sending the Broncos to the line 15 times in the first half. However, junior guard Jasmine Gilbert knocked down seven points in the quarter, giving the Warriors the lead at the half, 21-15.

In the third, Coast Union went on a scoring run, and captured the lead at 24-23. The Broncos would go up again 27-25, but a three by Kelley helped put Carpinteria up again, 29-27 going into the final quarter.

It was a tight fourth quarter, with the Warriors down by one. Graham drilled a three to put the Warriors up 40-38 with under a minute left in the game. Evelyn Marino played a key role, coming up with a couple of steals and huge rebounds in the fourth to secure a 41-38 win. The leading scorers for the Warriors were Kelley with 15 and Graham with 14.

“We had some ups, we had some downs,” said De La Cruz. “It was great for them to see both sides of the game, and for them to deal with this now, so we can go into (the Citrus Coast) league and we can battle.”