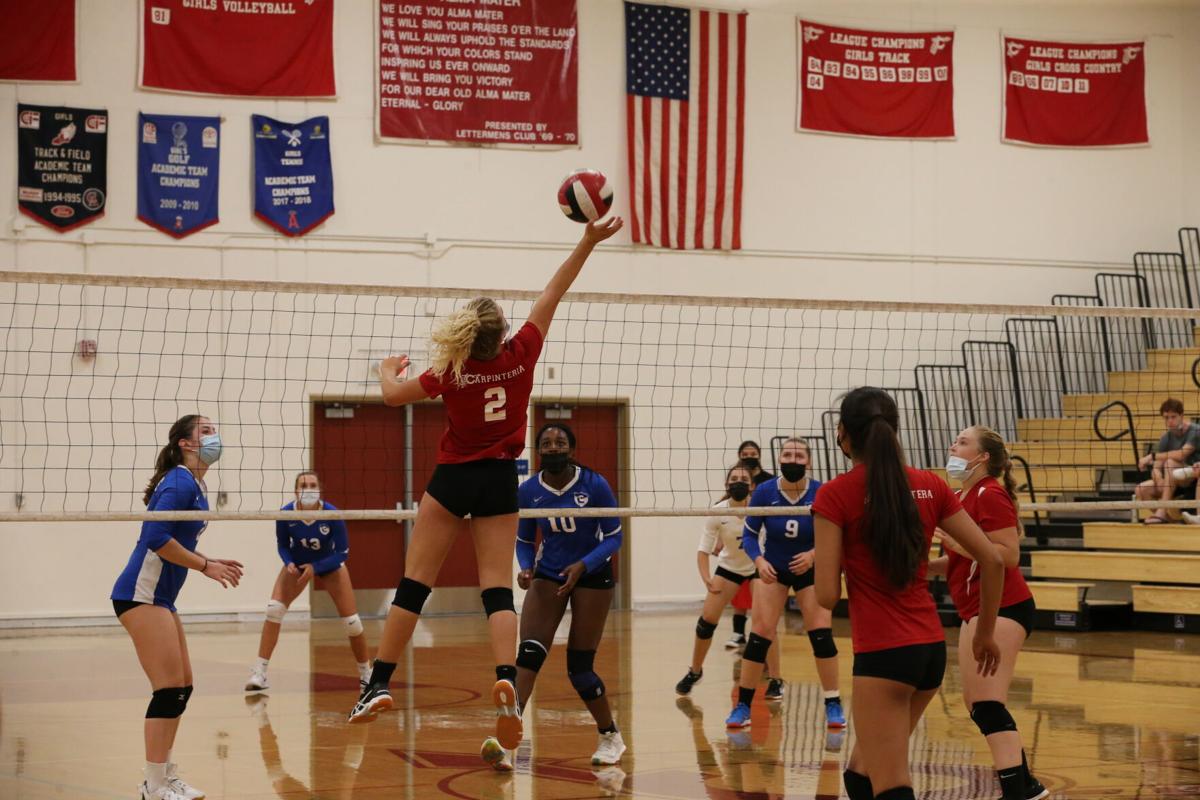 Maddie Mora sets Ainslee Alexander in the first “Battle for the 192.” 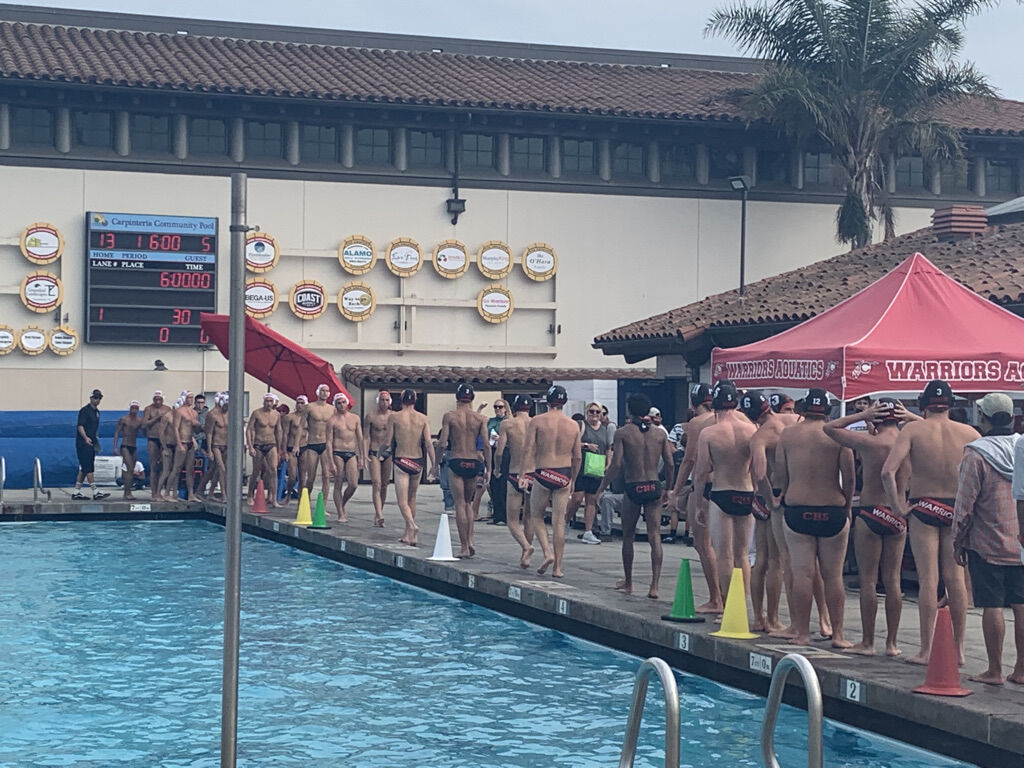 Maddie Mora sets Ainslee Alexander in the first “Battle for the 192.”

In the “Battle for the 192,” the Carpinteria girls volleyball team reignited their rivalry with Cate, who proved too much for the young team in the end as the Warriors lost 3-1.

At home against Newbury Park the Warriors were swept in three straight sets. After dropping the first set 13-25, the team fought hard and tough in their last two sets, losing 20-25 and 18-25.

“Some of the shining Warrior stars who stood out were the outside hitter squad of Alex Zapata, Ainsley Anderson, Camryn Siegel along with setter and team captain Marlene Sanchez,” said coach Brett Shellaberger.

Girls volleyball extended their series of rivalry matches this week when they visited “The Brick House” at Bishop Diego on Wednesday.

The Carpinteria boys water polo team continued a great start to the 2021 season with two decisive victories against Santa Ynez and Righetti.

“It had been a long dry spell for the Carpinteria Warriors against the CIF Division 2 Santa Ynez Pirates water polo team,” said coach Jon Otsuki. “But on Tuesday afternoon the Warriors finally turned the tables and sank the Pirates 13-5 at the Carpinteria Community Pool.”

After a 2-2 first quarter start, the Warriors made the necessary adjustments and gained momentum with eight unanswered goals, for a 10-3 lead at the end of the 3rd quarter.

“Warriors team captain Mateo Handall played a near flawless game on both sides of the pool,” Otsuki said. On offense, Handall scored four goals, and on defense he was everywhere, “smothering the opposition, creating turnovers, and chasing down counter attacks.”

Justin added three goals of his own; Coby Gonzales and Zach Isaac scored twice each; and Goalie Jacob Taft recorded 12 saves on the day for a 13-5 Carpinteria win.

Against Righetti, in the battle of the Warriors, Carpinteria jumped out to a quick lead and never looked back, coasting to a 15-10 victory.

“Player communication and the ability to adapt to the opposing teams’ strategies continues to be the difference in their recent games,” Otsuki said.

Carpinteria’s next competition will be on the road for the Malibu Classic Sept. 9-11. They are now 4-0 on the season.

Against Laguna Blanca, the well-balanced roster proved too much for Carpinteria as the team fell 4-2 early on and struggled to regain their footing for a 14-2 loss. Coach Charles Bryant said that the Owls “will be a force down the road in D-4,” and could be a strong CIF contender.

“We just could not make any headway against them as they took a 4-2 lead after the first round and never looked back. We were happy for the great experience of playing them if that makes sense,” Bryant said. “I think they showed and taught us a lot today.  They are very well coached, and it shows.”

“They stepped up today and played consistently from the baseline and at the net which has been a big part of our focus this past week,” Bryant said.

The next day at home against Dos Pueblos, the team struggled with consistency, Bryant said, and the Chargers’ talented and aggressive players were too much in the end, as the Warriors finished with an overall 15-3 loss.

“I think we started to get better at the end and became used to the pace and spins that we rarely see,” Bryant said.

Bryant hopes that the experience gained against two strong teams pays off as the season continues.

“I am happy for the experience in playing strong, deep teams,” he said. “I truly believe it will make us better once league starts in a few weeks.”

Carpinteria is now 1-3 overall and will continue with two road games this week at Villanova Prep and Channel Islands.

The Cate Rams sat out the 2020 season due to the pandemic, but after a long wait the 8-man football team faced off against traditional football powerhouse Grace Brethren on Sept. 3 in Simi Valley.

In a game where every player on Cate’s roster saw action, the Rams jumped to a 30-7 halftime lead, and continued a strong offensive showing in a 50-21 win to start the season off 1-0.

Senior quarterback Will Bouma threw for three touchdowns to fellow senior Mason Oetgen and added another rushing touchdown in the first half.

Each time Grace Brethren scored, Cate responded with three unanswered touchdowns of their own. Another score by Bouma and senior running back Ethan Ligon ran the score up to 50-13 at the end of the third quarter.

“All in all, a great way to start out our season,” Soto said. “We are excited to build on our win and look forward to an exciting season.”