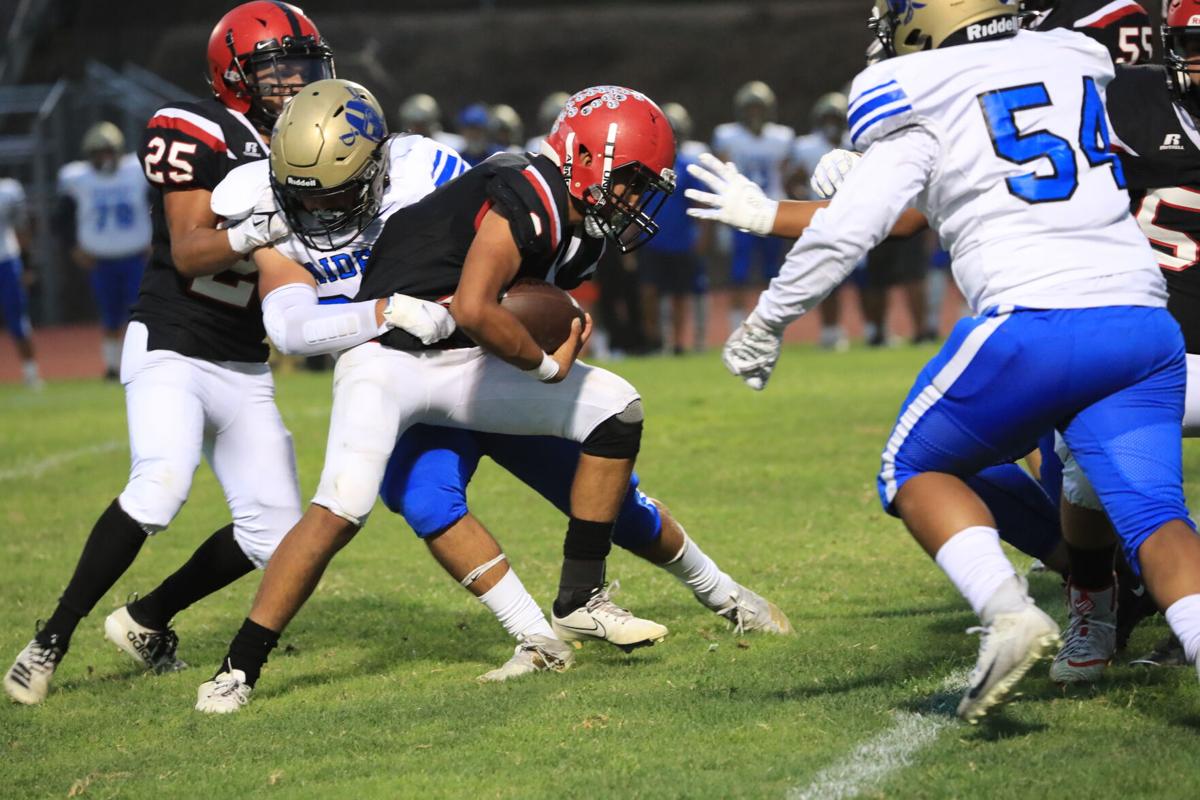 The Warriors’ offense struggled to score in the 33-0 loss to Channel Islands. 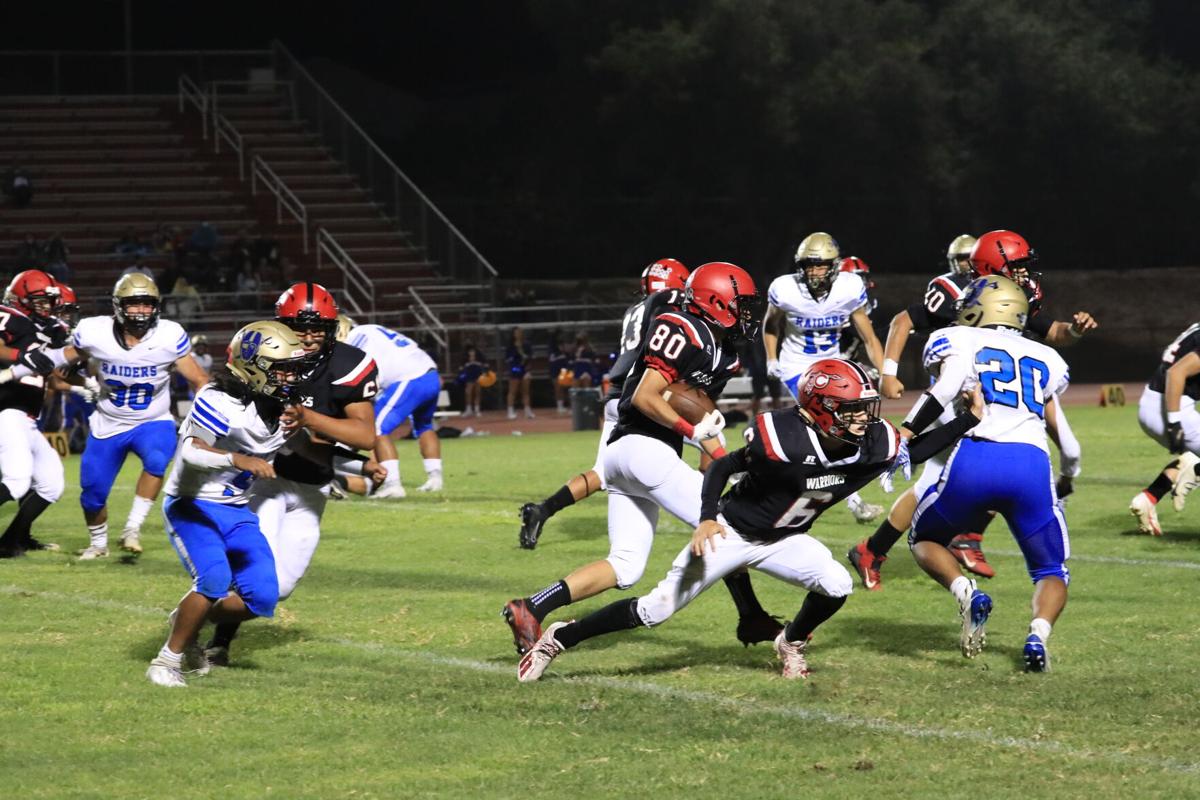 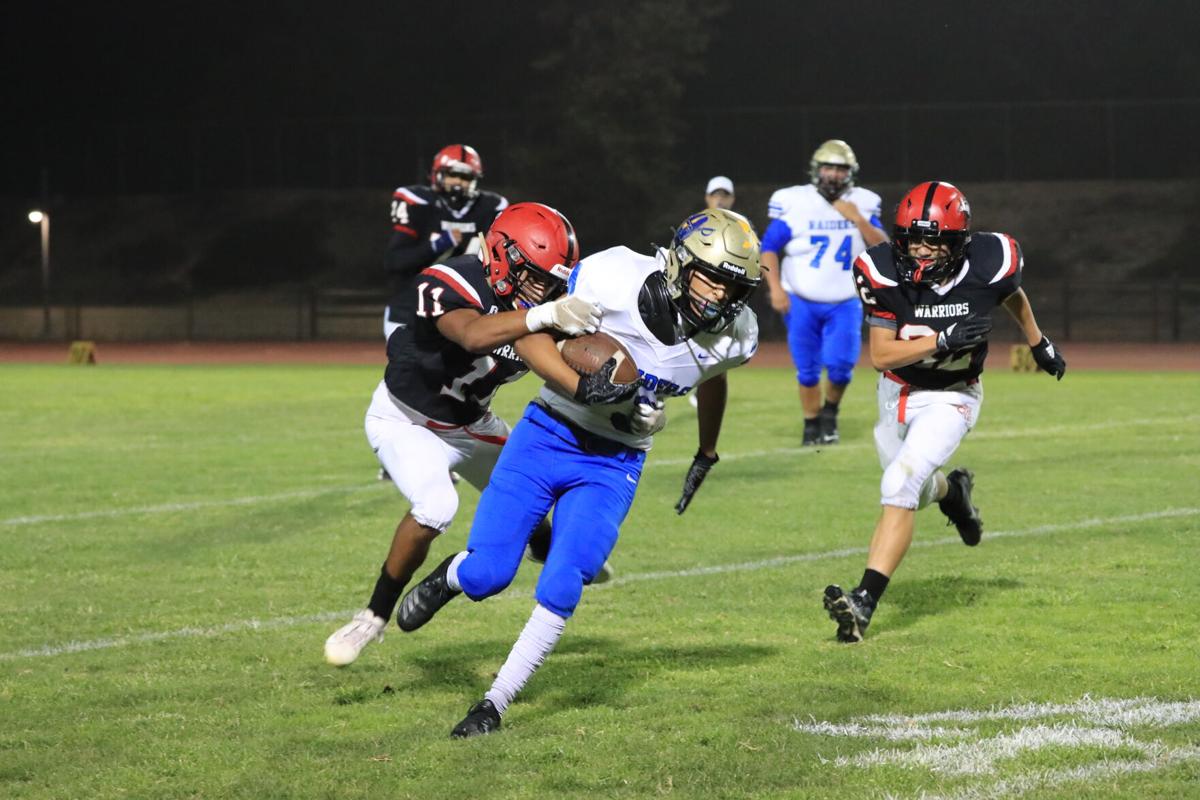 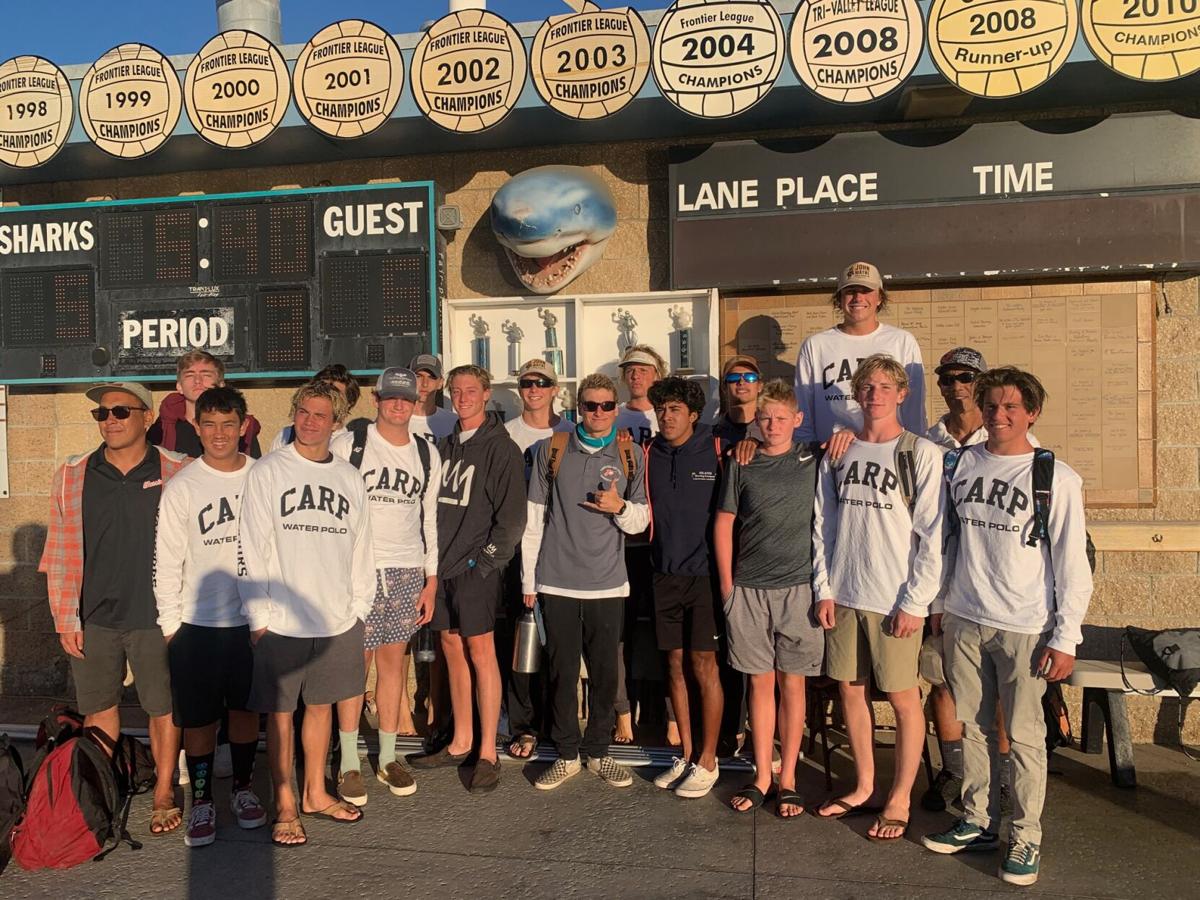 Warriors took 3rd in the prestigious Malibu Tournament at the “Shark Tank.”

The Warriors’ offense struggled to score in the 33-0 loss to Channel Islands.

Warriors took 3rd in the prestigious Malibu Tournament at the “Shark Tank.”

Carpinteria’s boys water polo squad – which is first in its division in the latest CIF rankings – had a strong showing in a three-day tournament in Malibu, taking third place overall.

The Warriors headed into the 20th Annual Varsity Water Polo Tournament held at Malibu High School confident and undefeated, and won their first two back-to-back games against Malibu and Palisades.

Coach Jon Otsuki called Malibu the “team we have never been able to beat,” but this year’s team is different.

“The Warriors took the opportunity and got the monkey off their backs winning 9-6,” Otsuki said.

With less than an hour to prepare for top-seeded Palisades, the Warriors won in a nail-biter, coming out on top with a final score of 13-12.

Palisades proved a tough opponent, and for the first time this year, Carpinteria had to play catch-up, trailing 9-6 at halftime. Sophomore Asher Smith led the team with six goals in each game, and the Warriors’ two victories earned them the right to continue championship play on Saturday afternoon.

“They struggled to find a rhythm offensively and the Wildcats took advantage of forced passes and misplaced shots from the perimeter,” Otsuki said.

Smith and senior Mateo Handall accounted for all seven goals, Smith with 4 and Handall scoring 3. Goalie Jacob Taff had 18 blocks.

The loss didn’t deter Carpinteria, wo had the opportunity to play for third place against Agoura. The Warriors came out energetic and focused and torched the Chargers for a 5-0 lead to end the first quarter, and a final score of 12-9.

The Warriors’ season record is 7-1, as they head into another week of games against Foothill Tech and Buena.

Channel Island snapped a 26-game losing streak last Thursday with an emphatic 33-0 victory that handed Carpinteria its third loss on the season.

The game started with a bang, with Channel Islands returning the opening kickoff for an 89-yard touchdown.

The Warriors’ Hunter Garcia snagged an interception in the second quarter that looked like it may have been a spark for a Carpinteria comeback, but the Raiders got the ball back and quarterback Edgar Mendoza found receiver Hector Navarro for a touchdown to go into halftime with a 14-0 lead.

Channel Islands never looked back, and cruised to its first shutout since a 38-0 victory over San Marcos in September 2016.

The Warriors are now 0-3, and will be looking for their first victory this year as they hit the road on Sept. 17 to face Brentwood.

“The goal is to keep improving each week and play hard,” coach Mario Robinson told Coastal View News. “We need to eliminate the mistakes and capitalize on the opponents’ mistakes and execute in all phases of the game.”

Robinson said Carpinteria has gotten a few great plays on special teams in the first few weeks and hopes to build on that going forward.

“Special teams have been solid to start off the season, we need to make a few big plays on special teams,” Robinson said.

Bishop Diego’s Brick House was more like a “Brick Oven” for the Carpinteria girls volleyball team, as a seventh-straight loss leads the girls to an 0-7 start.

Carpinteria got off to a slow start early on, Shellaberger said, but the team picked up steam as the match continued. The outside-hitting duo of senior Alex Zapata and junior Ainsley Anderson provided several points in kills and serves.

The Warrior’s next games are against Santa Paula and Hueneme.

The Warrior’s girls tennis squad struggled early in the season, but recently the team has turned it around and picked up two straight wins against Villanova Prep and Channel Islands.

The team traveled to Ojai and battled 93-degree heat in a non-league match against Villanova.

“We ended up winning, 13-5 but had a real lack of energy,” coach Charles Bryant said. “The heat definitely played a role but we struggled in sets and certain situations where I would not think we would.”

Zahra Porinsh went 3-0 in singles, though she was challenged in two of the sets. Doubles duos Natalie Martinez and Ariana Lounsbury and Natalia Perez and Cassandra Maya Prado went 3-0, and Valeria Ojeda finished 2-0.

Against Channel Islands, Bryant said, Carpinteria played a much more complete match today and sailed to a 13-5 victory.

“I thought we really performed well in doubles today, winning eight out of nine sets,” he said. “We were challenged, and our girls rose up to the occasion.”

Carpinteria is now 3-3 overall with matches coming up against Providence and San Marcos.