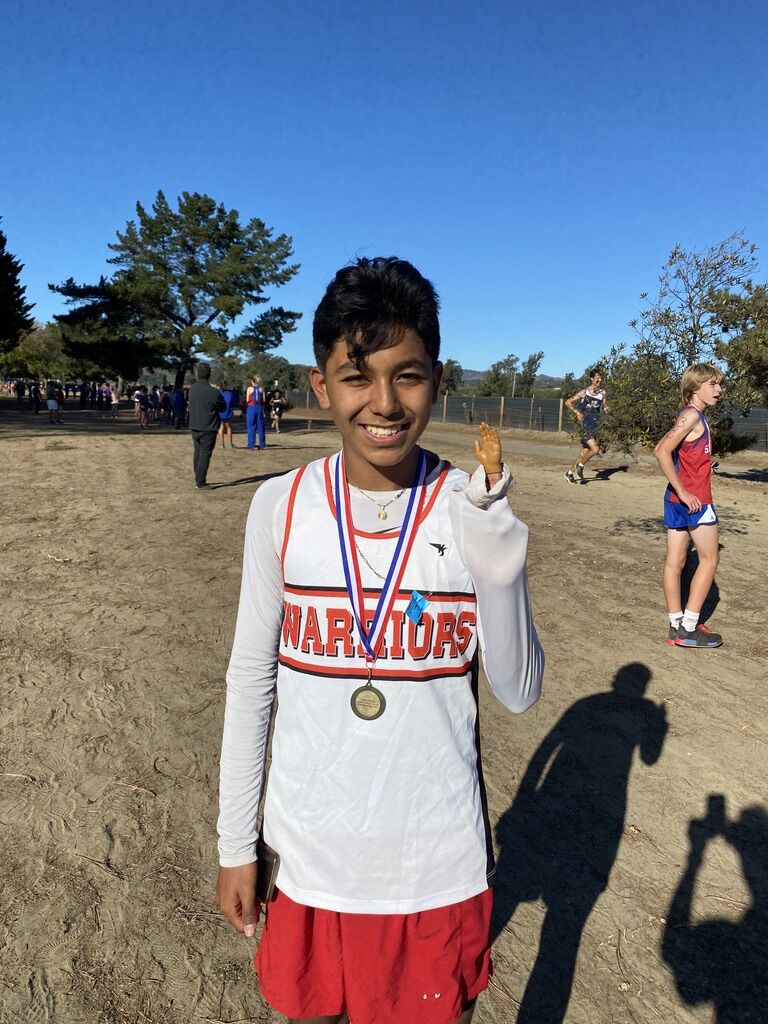 Carpinteria’s Marvin Lujano was the fastest in the county in the frosh/soph division. 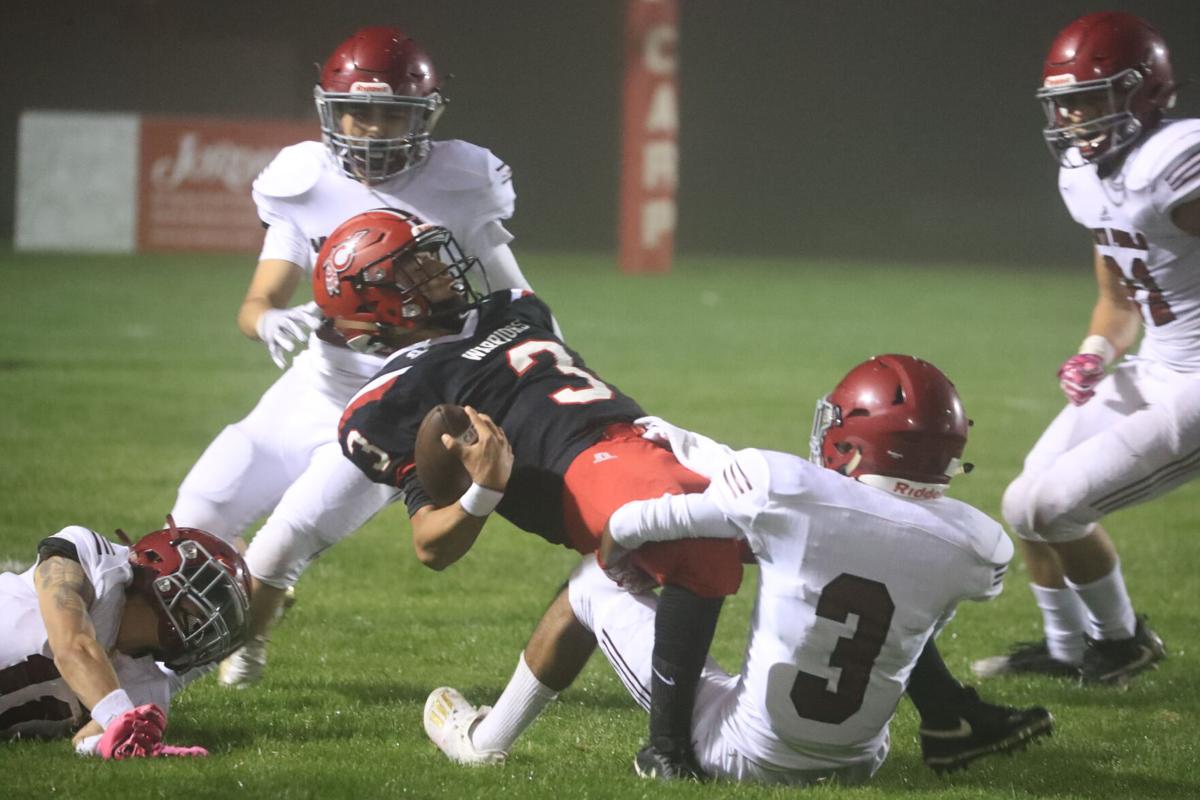 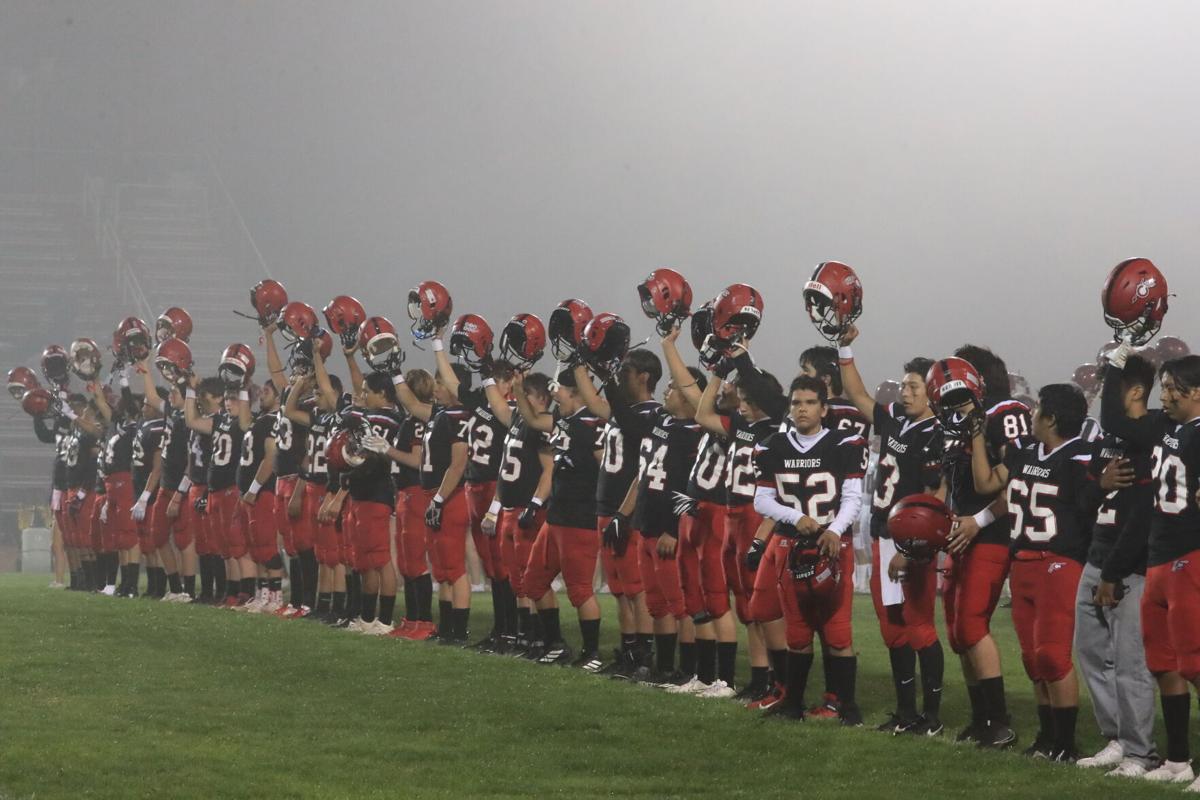 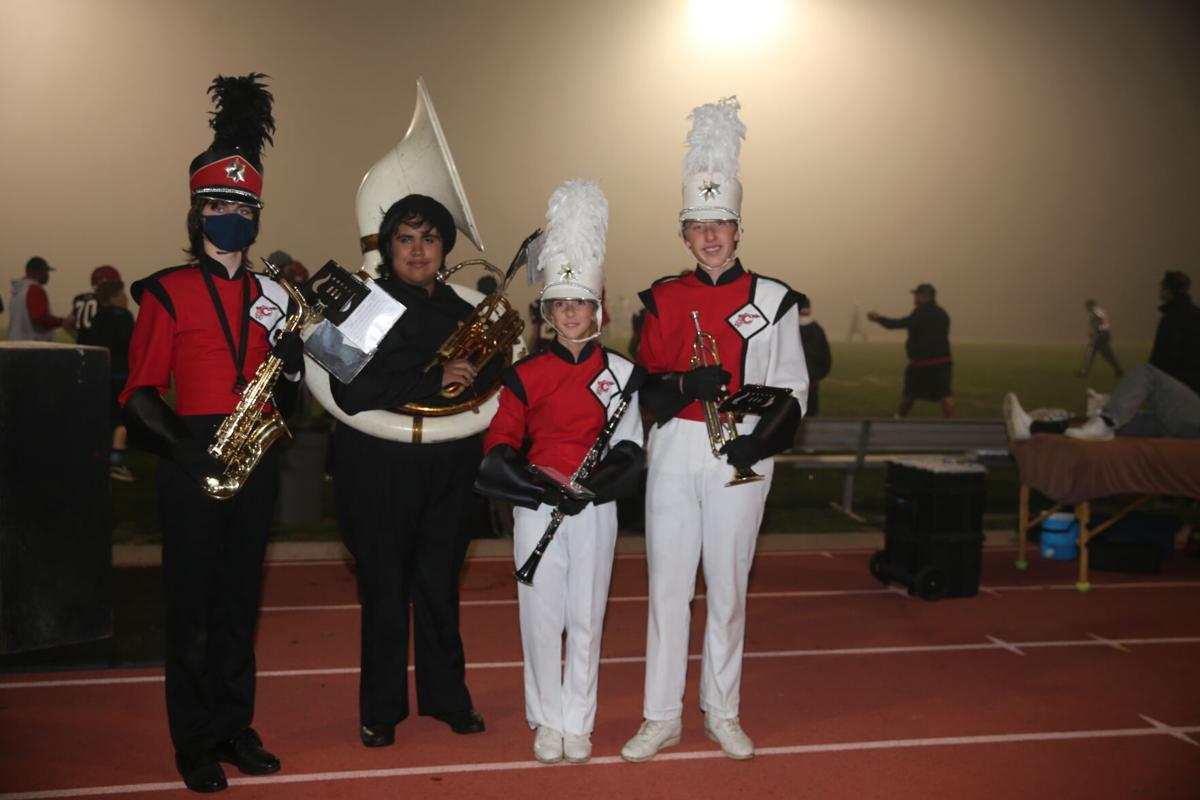 The senior band leaders have kept Warrior Spirit strong during the football season. 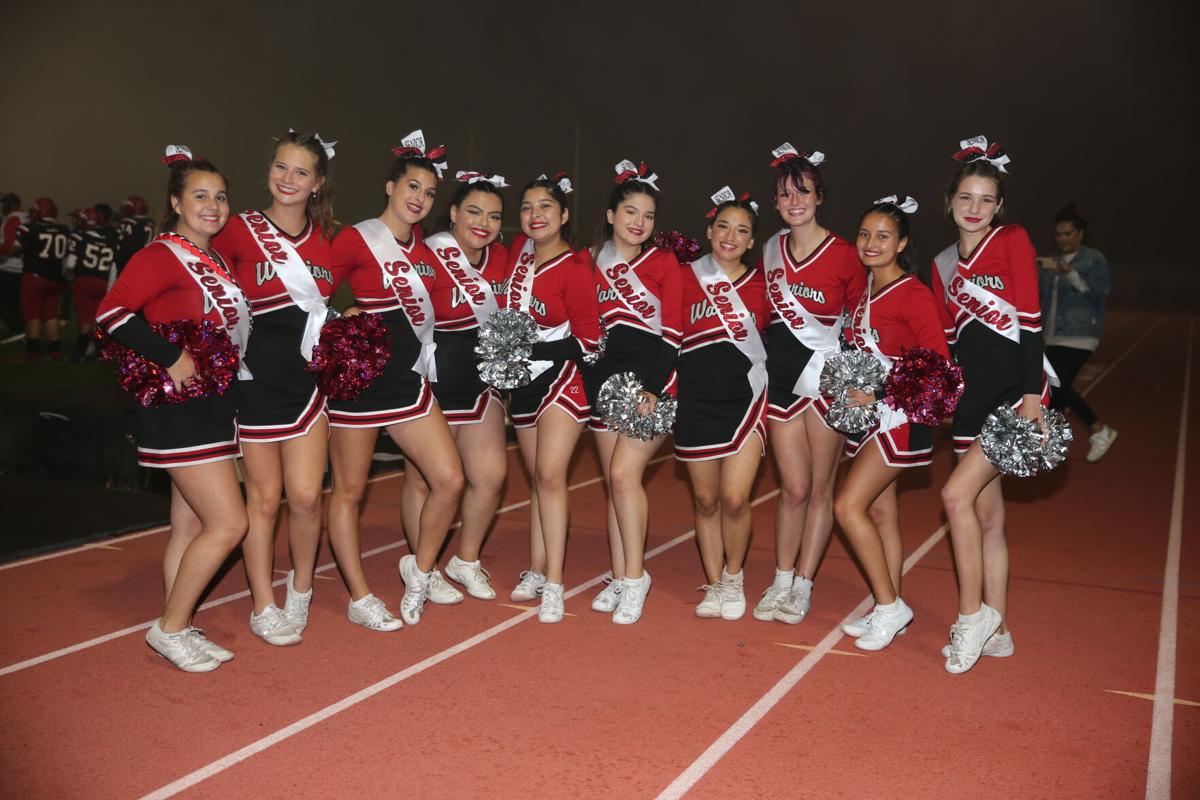 The senior cheerleaders have kept Warrior Spirit strong during the football season. 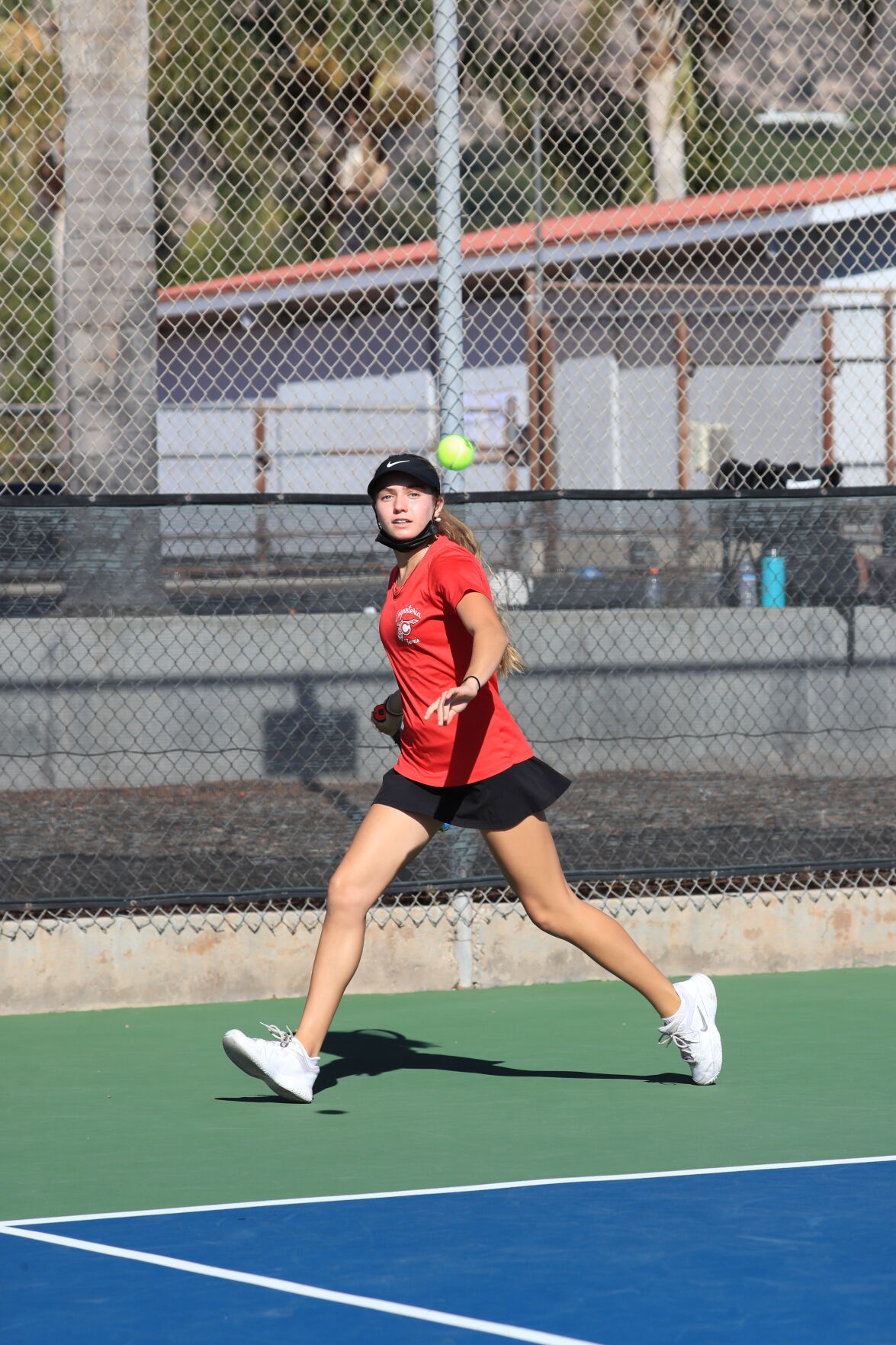 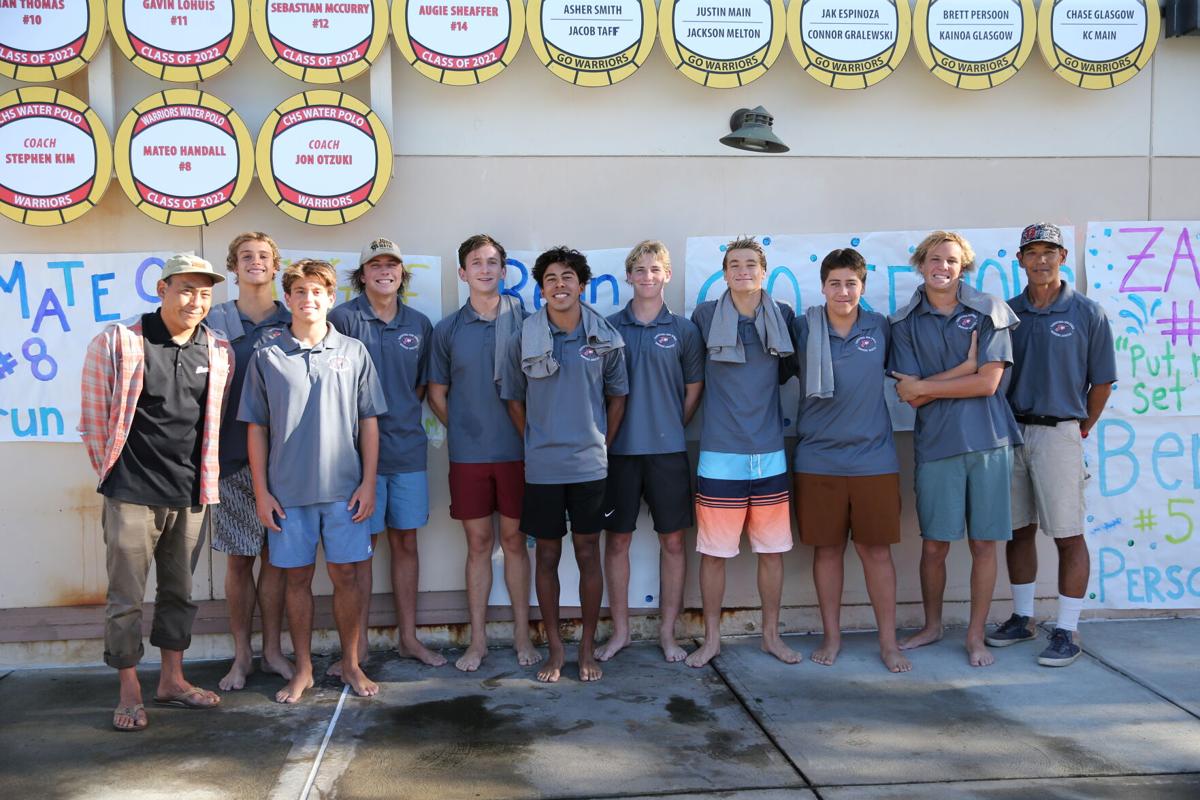 Carpinteria’s Marvin Lujano was the fastest in the county in the frosh/soph division.

The senior band leaders have kept Warrior Spirit strong during the football season.

The senior cheerleaders have kept Warrior Spirit strong during the football season.

The Warriors, who have earned a #1 Division 5 ranking with a spectacular 19-4 season, got a first-round bye, and will host the winner the match between the Ramona Rams Palm Springs Indians. The second-round game will be held on Thursday at the Carpinteria Community Pool.

The Warriors went undefeated in league play and were led by a strong senior group and a standout season by sophomore Asher Smith. Coach Jon Otsuki and the boys will be looking to prove their #1 status going into the playoffs.

The Warriors’ girls tennis coach, Citrus Coast League’s Coach of the Year Charles Bryant, has helped the team through a strong season as they prepare for a run in the CIF postseason.

Carpinteria hosted the Citrus Coast League Finals last week, and the second day of competition set the scene for Malibu versus Malibu in the battle for first place, and Carpinteria versus Carpinteria playing for third place in both singles and doubles.

“I was very pleased with how the Carpinteria girls played today, it’s definitely not easy to face your friend and teammate in a competitive match,” Bryant said. “But they all played well, had great sportsmanship and were very relaxed yet supportive of their opponents (and) teammates. It was great to see and fun to watch.”

The Warriors will host a wildcard match vs. Segerstrom this week and will continue competition against Bellflower with a win.

The Cate Rams have been a powerhouse in eight-man football this season, starting undefeated and losing only a last-minute thriller 44-40 against rival Thacher in Ojai.

Their final game was slated to be against Malibu, but due to “safety precautions” Malibu was forced to forfeit the game when they could not field enough players. The forfeit counts as a win for Cate and puts the Rams at 7-1 overall and ranked #2 in their division.

On Friday, the Rams will host Windward High School for a home game at 7 p.m. Carpinteria Valley Memorial Stadium and are looking to continue with a win into a deep CIF playoff run.

Runners from Carpinteria and Cate competed in the Santa Barbara County Cross Country Championships in Lompoc last week, with two athletes showing up strong from each school.

Carpinteria’s Marvin Lujano earned the top spot in the Frosh/Soph division with a time of 17:33:13, making him the fastest in the county for his grade.

Both teams will compete on Thursday at the Citrus Coast League finals at Lake Casitas.

Carpinteria played their final game of the football season against Santa Paula, and although they were able to put points on the board for the first time in four games, they fell to the Cardinals 6-38 – ending the season at 0-10.

This season was a string of big losses, with the Warriors averaging only 3.5 points per game, while allowing an average of 41.4 for their opponents. They suffered seven shutouts in ten games this season.

But throughout the season, the team has shown poise, and quarterback Matthew Munoz and two-way player Dominic Herrera were able to supply some quality highlights this year.

The Warrior spirit has stayed strong, and the community came out to support the team during home games, as this year saw the reopening of Carpinteria Valley Memorial Stadium for spectators following a restricted capacity during Covid-19.

For Senior Night, the Warrior celebrated the football players, cheerleaders and band members who will be saying goodbye to Carpinteria after this school year.

Carpinteria will look to rebuild in the offseason, and athletes will transition to the start of new seasons in winter sports.