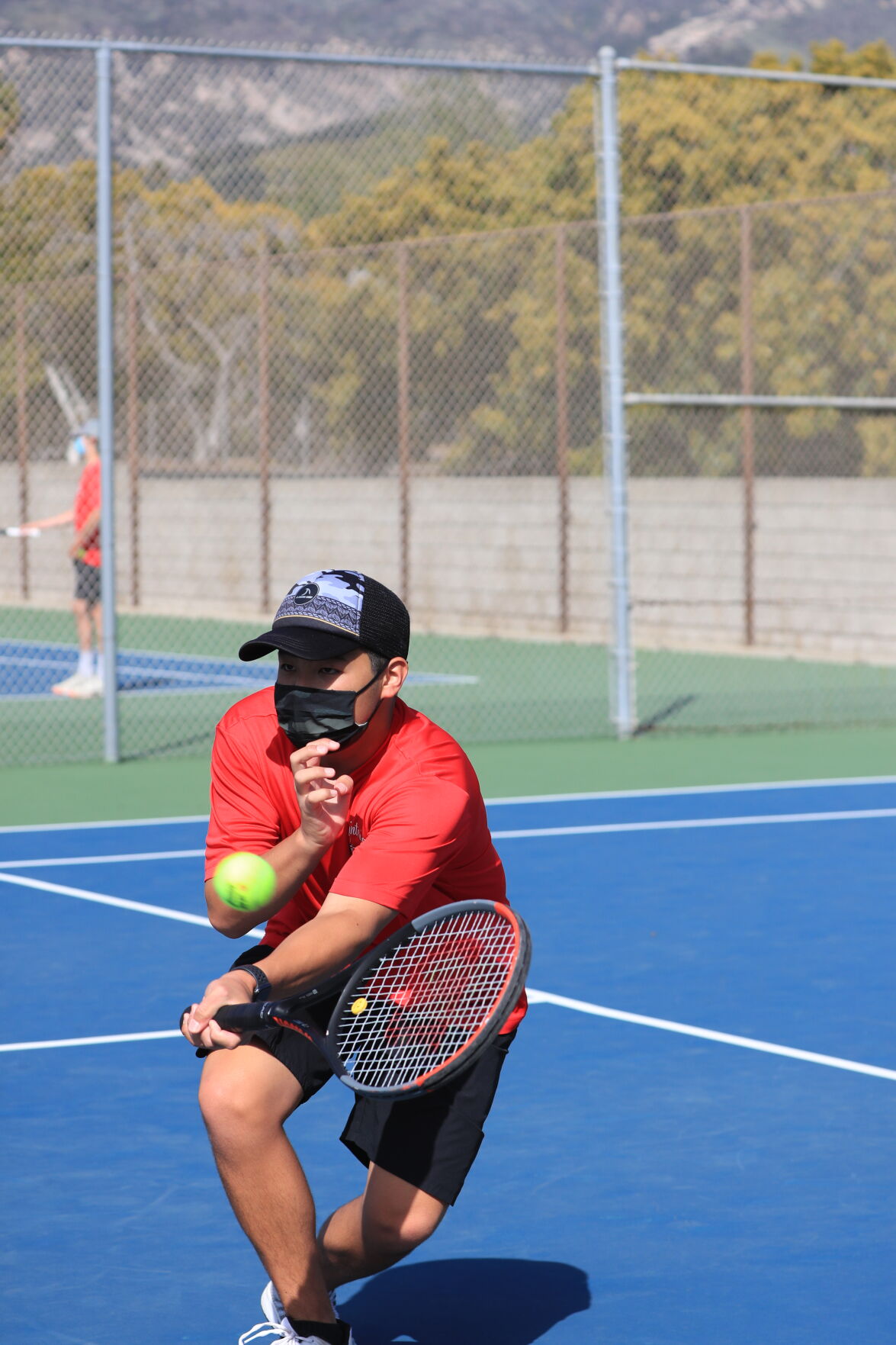 A masked Matthew Endow puts the slice on a drop volley. 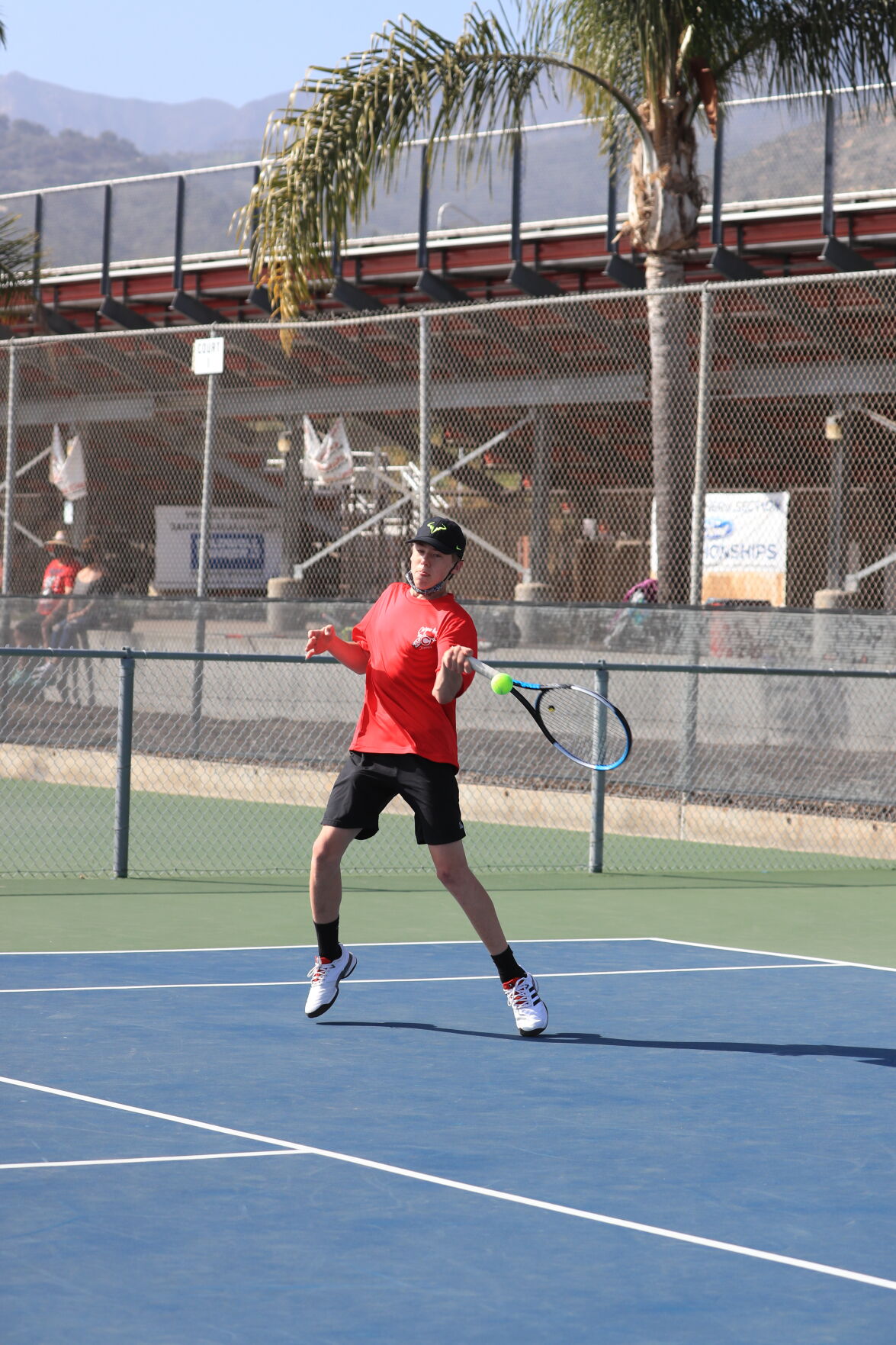 Freshman Max Stone winds up for a forehand approach. 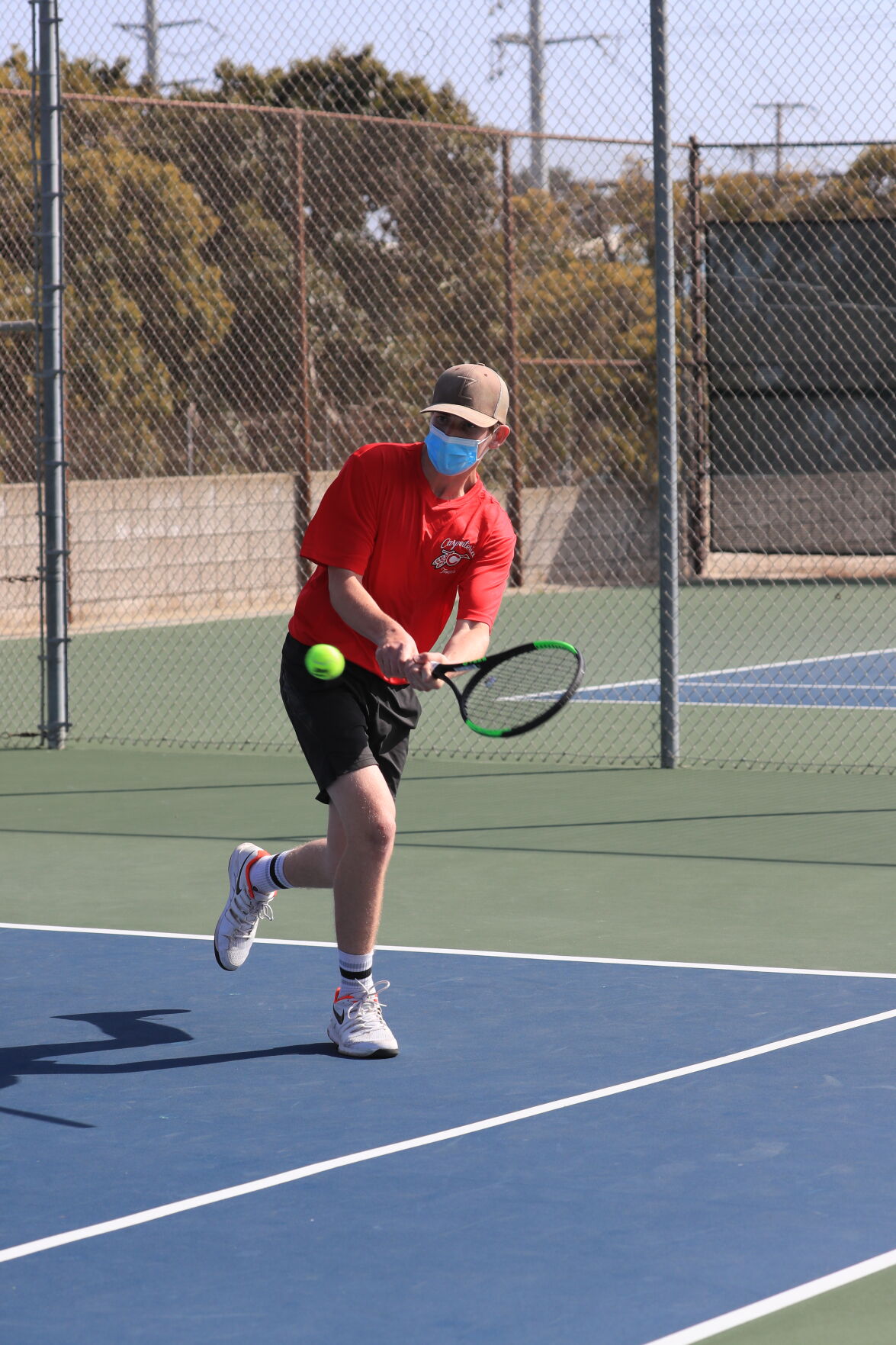 Junior Ben Persoon takes a swing at a running backhand. 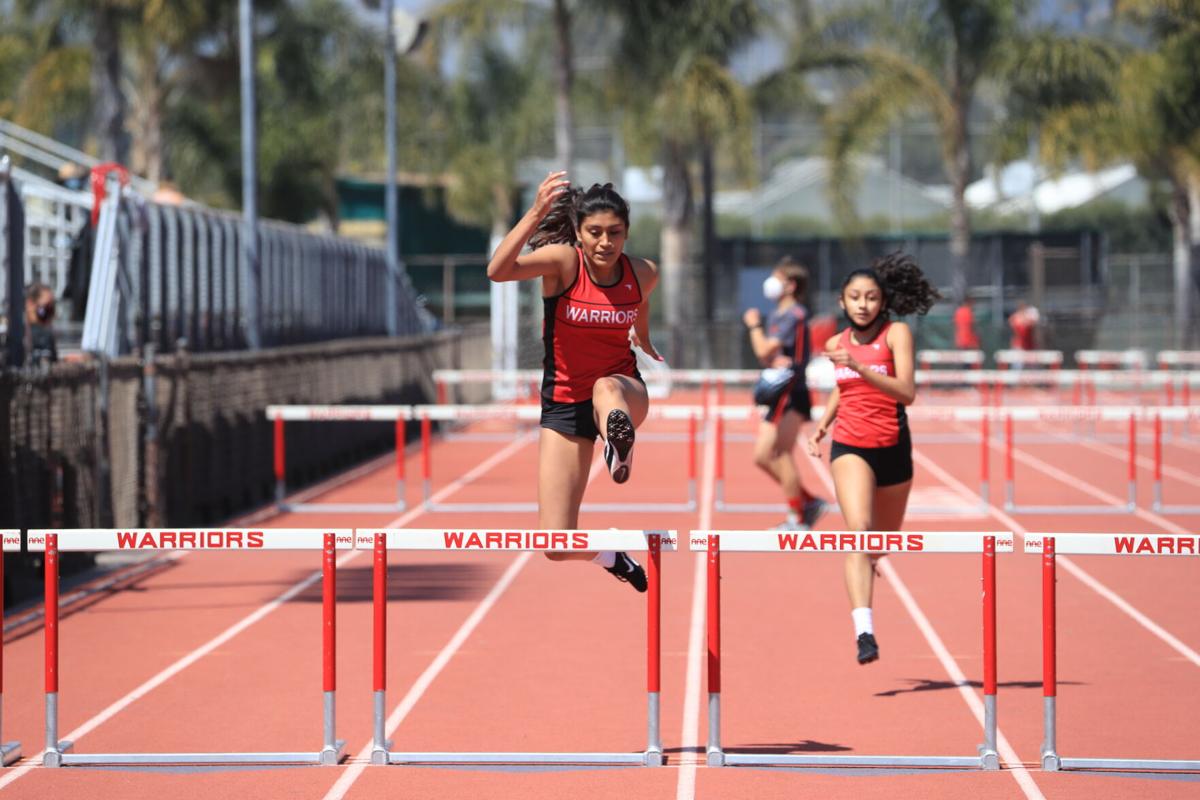 Alex Zapata clears the hurdle with ease as Fatima Cervantes aims to catch her. 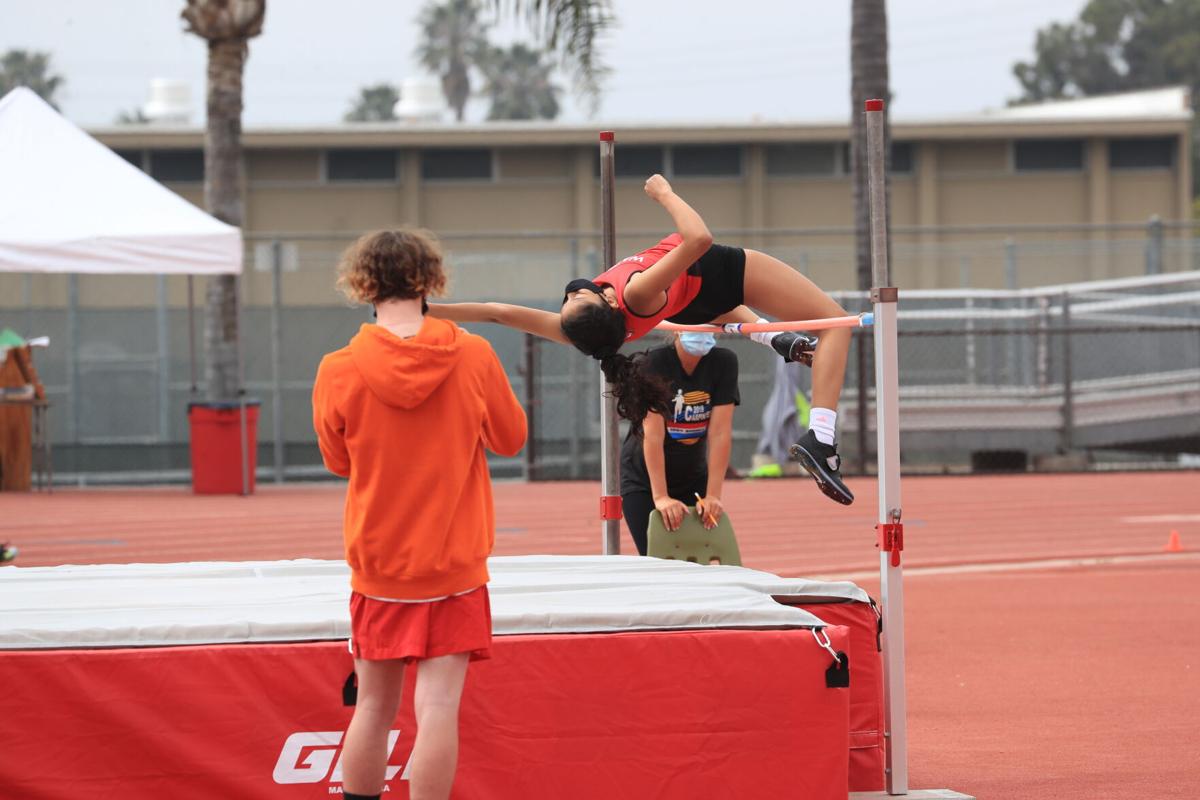 Fatima Cervantes equaled her seasonal best in the high jump with a clearance of 4-10. 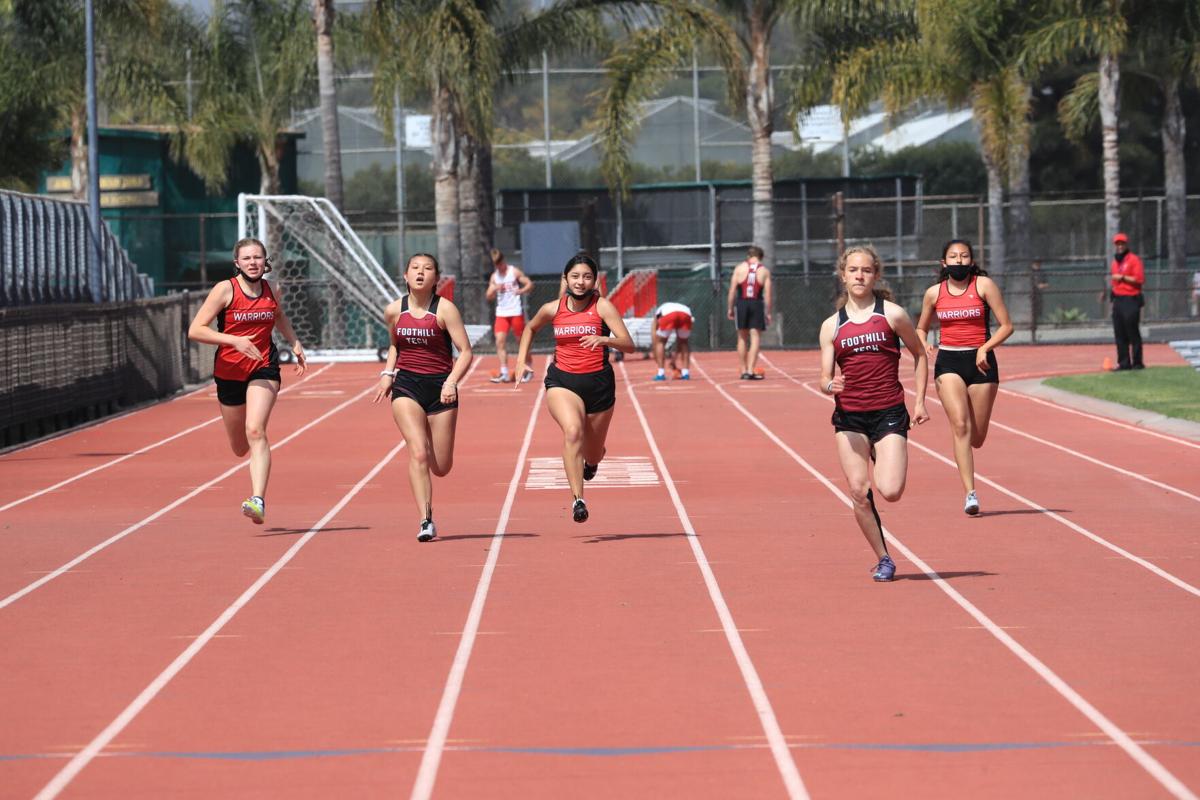 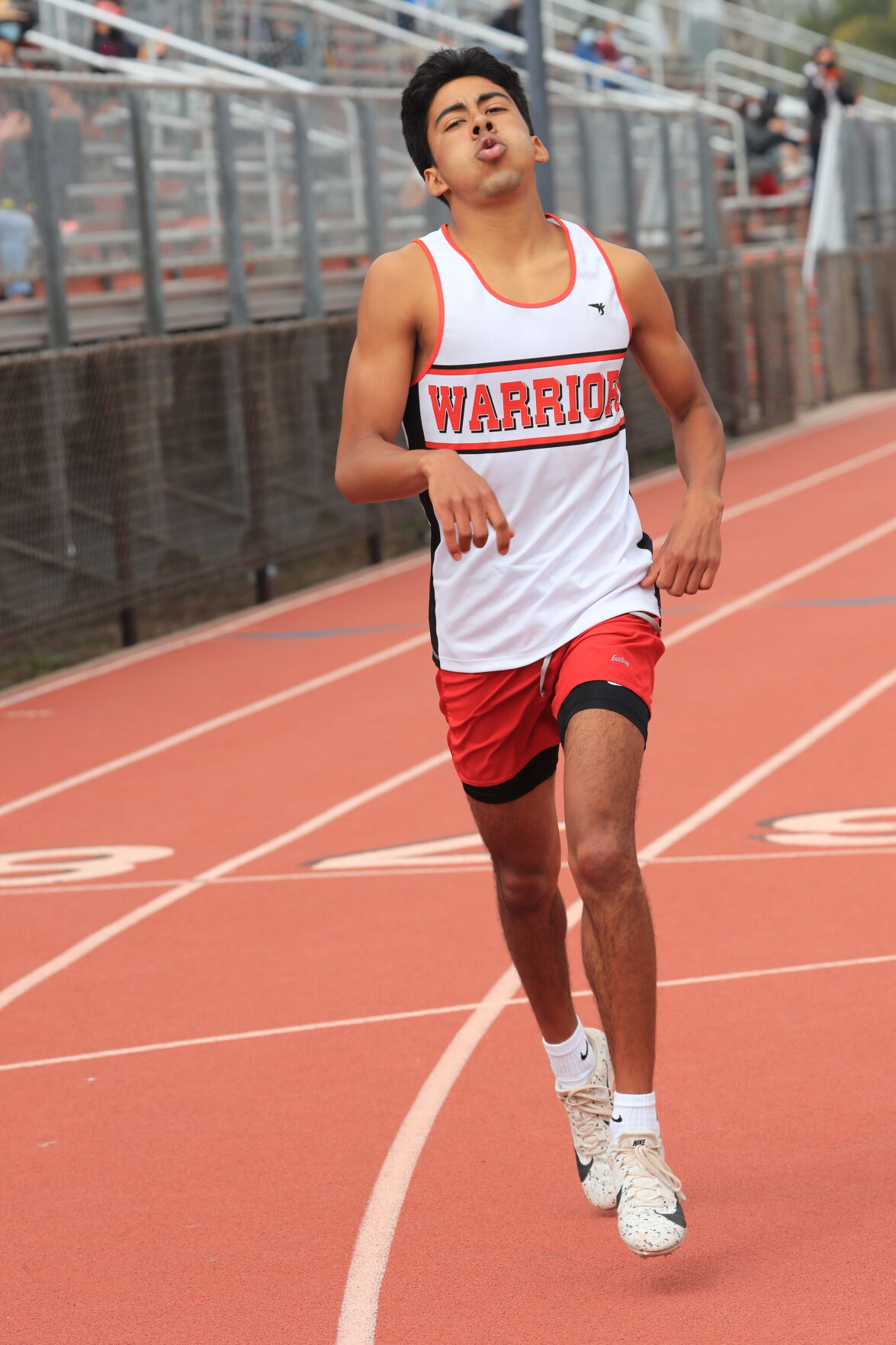 A masked Matthew Endow puts the slice on a drop volley.

Freshman Max Stone winds up for a forehand approach.

Junior Ben Persoon takes a swing at a running backhand.

Alex Zapata clears the hurdle with ease as Fatima Cervantes aims to catch her.

Fatima Cervantes equaled her seasonal best in the high jump with a clearance of 4-10.

The CHS girls soccer team dropped a 2-0 decision to Nordhoff High School on Wednesday, March 31. “Our girls did extremely well considering how young most of them are,” said coach Lucy Carleton. “I was struck by the fact that Nordhoff had only three underclassmen on their entire squad, while we have 15!”

Carleton said that in spite of the age and size difference between the two teams, the Warriors were able to hold Nordhoff scoreless until well into the second half, and only then conceded a goal on a free kick. Many players were forced to play different positions than they were used to, and did so with grace and poise. Senior captain Zahea Hammadi had to switch from striker to defense because the Warriors were missing players due to illness. She meshed well with her co-captain Clarissa Ramirez, as well as freshmen outside defenders Luna Galvan and Emma Miller. Keeper Ariana Lounsbury had four saves, and Isela Zamora and Sophia Mora battled on the wings while Karen Gamez stoked the offense with her hustle and worked well with her teammate Ashley Verduzco, whose dazzling footwork kept the Nordoff players on their heels.

Unfortunately, CHS couldn’t come up with a goal, and then they were able to put another ball in late in the game. “We were buoyed by the return of Barbara Contreras and Shania Jimenez, both 10th graders playing their first match this year, and look to see more from them,” Carleton said.

The CHS boys tennis team hosted the St. Bonaventure Seraphs on Thursday, April 1 in a non-league match, defeating the visiting team 13-5. “It was actually a much closer match than the score,” said coach Charles Bryant. “We had some very tight sets in doubles that we ended up pulling out. I give our boys some credit as they had to dig deep and stay mentally focused to earn those wins.”

The doubles team of Troy Zimmerman and Mathew Endow went 3-0 on the day. The team of Ian Thomas and Zaiden Juarez went 2-1, as did Connor Gralewski and Gavin Pendergast. Both teams had to work hard for their wins.

In singles, Austin Stone and Max Stone continued their dominating performances, each winning both of their matches before being subbed out. Ryan Souza went 1-1 on the day and is looking better and better, Bryant noted. Steven Bengry won his first attempt in singles, and Asher Pampel came up just short in a hard-fought tiebreaker in his first-ever singles match. “It’s nice to have some crossover players who can seamlessly switch from singles to doubles and vice versa,” Bryant said. “It definitely gives us more flexibility.” Carpinteria is now 1-1 overall.

The Warrior track and field team competed in a dual meet against the Foothill Tech Dragons on Saturday, April 3 at home. Foothill Tech’s depth in the distance races counteracted Carpinteria’s sprinters, as the Dragons edged the Warriors 68 to 56 in the boys’ competition. The Foothill girls won eight out of nine races to come out on top of the Warriors 71 to 42. The Warrior boys are now 1-1 on the season while the girls are 0-2.

Carpinteria had many highlights throughout the day. Vincent Rinaldi continues to impress in the sprints. The senior gave up soccer to focus on training and it has paid dividends, coach Van Latham noted. Rinaldi set meet records in both the 100 and 200 meters with times of 11.11 and 22.25, respectively.

Mateo Handall has also focused on track this season. He has run two consecutive strong 400 meter races to open the season. He won the 400-meter event with a time of 53.39 on Saturday.

Esai Vega was a double winner for Carpinteria, sweeping the shot put and discus. He was within an inch of his personal record in the shot put with a toss of 38-7 ¾.

Conversely, he increased his personal record in the discus by throwing 125-9. Alexandra Zapata opened her season on a promising note with a 66.14 second victory in the 400 meters. She finished volleyball last week and is in the process of getting her sprinting legs back.

Ainslee Alexander was a double winner in the jumps. The sophomore set a personal record of 15-3 ¼ in the long jump and won the triple jump with a hop, step and jump of 31-11. Fatima Cervantes equaled her seasonal best in the high jump with a clearance 4-10.