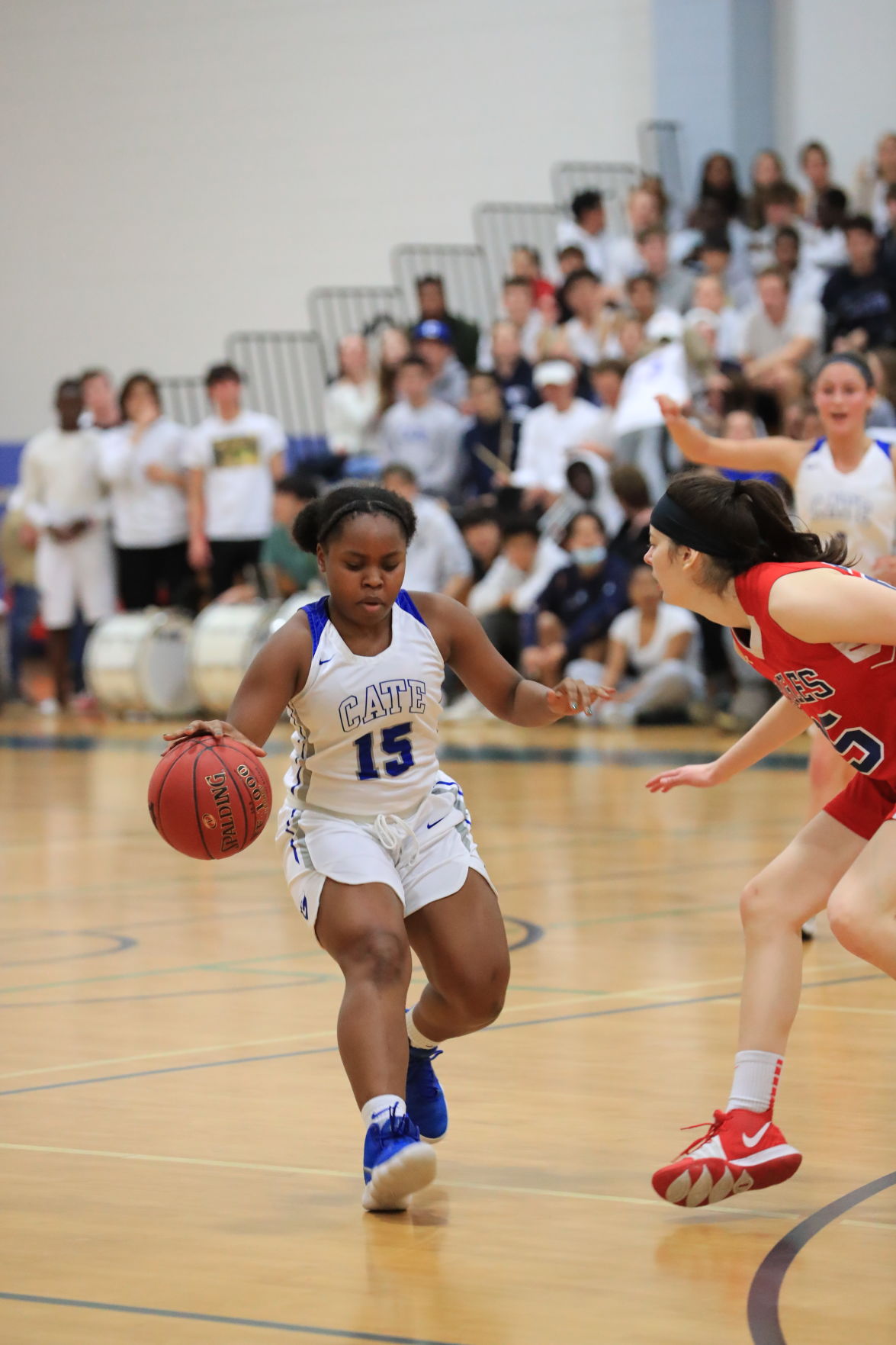 Maya Fenelon dribbles the ball up the floor. 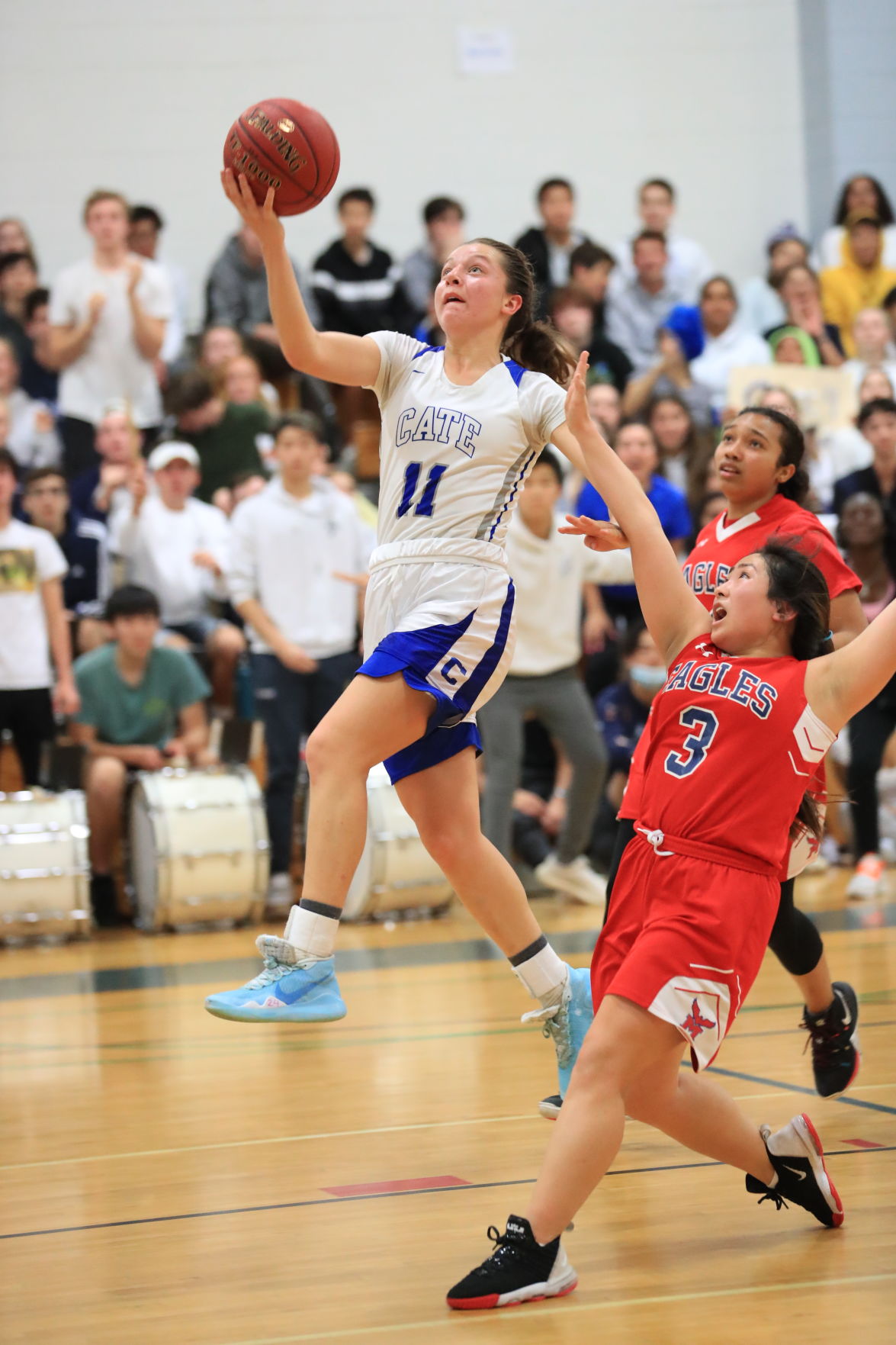 Meena Baher glides to the basket for a layup. 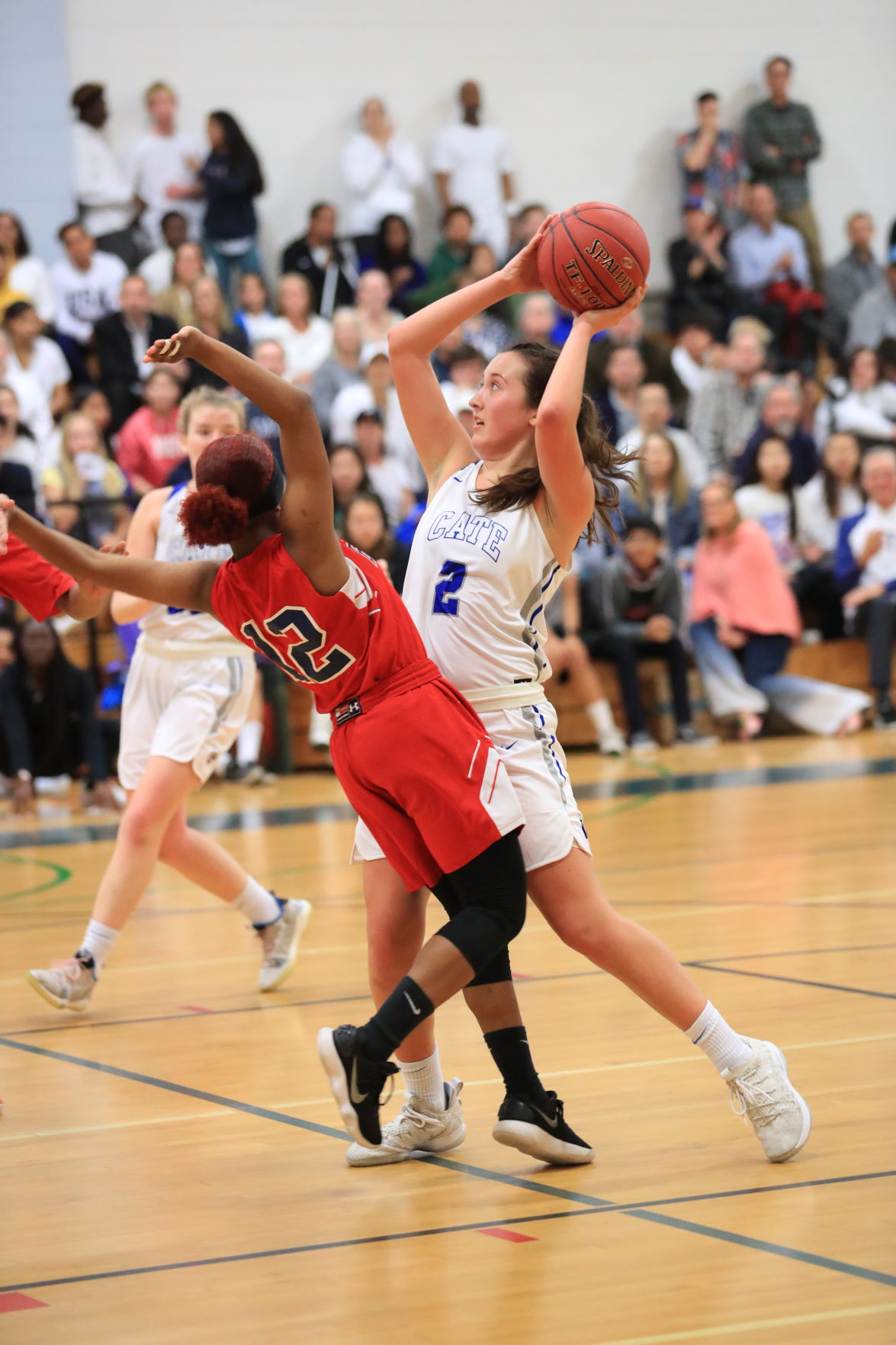 Maya Blattberg fronts up in the post, looking to score.

Maya Fenelon dribbles the ball up the floor.

Meena Baher glides to the basket for a layup.

Maya Blattberg fronts up in the post, looking to score.

The Cate School girls basketball team’s incredible run finally came to an end last week. On Feb. 19, in front of a boisterous crowd on the Carpinteria Mesa, the Rams fell 50-29 to the Eagles from Marshall Fundamental School of Pasadena in the quarterfinals of the CIF-SS Division Four-A playoffs. The Rams came into the game with a 13-game winning streak and had earned a home playoff date after beating Capistrano Valley on the road, 41-38, in the second round. But the 23-3 Eagles outscored Cate, 19-7, in the second quarter to help punch their ticket to the semifinals.

It was the Rams, though, who got out to an early lead. Meena Baher knocked down two three-pointers, and scored eight points, boosting her team to a 10-8 lead after the first quarter. “Baher was good, it was almost as if they hadn’t really scouted, they didn’t put someone on her,” said Cate coach Laura Moore of her sensational sophomore who usually draws special attention from her opponents. But Marshall used a swarming defense to prevent the Rams’ other players from getting off good shots.

The Eagles picked up their defensive intensity in the second quarter with a full court press, which led to multiple deflections and turnovers building to a 24-11 lead. “We knew it was going to be challenging and realized with their quickness and size, it’s a defense that’s hard to prepare for,” said Moore. But the Rams battled hard, and a pair of treys by Baher cut the lead to seven. Just when the momentum seemed to have shifted in the Rams’ favor, Marshall’s Natalie Tomoyasu drained a three putting her team at a 10-point lead at the break.

Cate got the first basket of the second half on a steal and lay-in by Lily Zanze. Two steals and consecutive scores by the visitor’s captain Ashley Gonzalez pushed the lead up to 31-19, and when fellow captain Kahlani Banks went the length of the floor following a rebound to score, the lead grew to 39-21. Banks was a difficult matchup for the Rams all night, as both she and Baher had 17 to tie for the game’s top scoring honors. “We haven’t faced someone with such a strong left-handed drive,” said Cate senior Maya Blattberg of Banks. The Eagles took a 39-23 lead into the final quarter.

Baher hit her fifth three-pointer to start the fourth quarter, but the Rams fell short of a comeback, mustering only 12 second-half points. “As we had all season, the Rams exhibited resilience, perseverance, and determination until the final buzzer,” said Moore of her squad’s performance.

Overall, the Rams finished with an impressive 13-3 record. Cate swept through the Frontier League, winning the title 8-0, with an average margin of victory of 32 points. “I credit our stellar group of seniors, who modeled this tough, determined and positive mindset from the start of our season,” said Moore whose team will graduate six seniors this year. But the cupboard won’t be bare for the first-year coach next year, as she’ll return Baher, Zanze and Deborah Brittain, who all played key roles this year. The future certainly looks bright for the Rams.