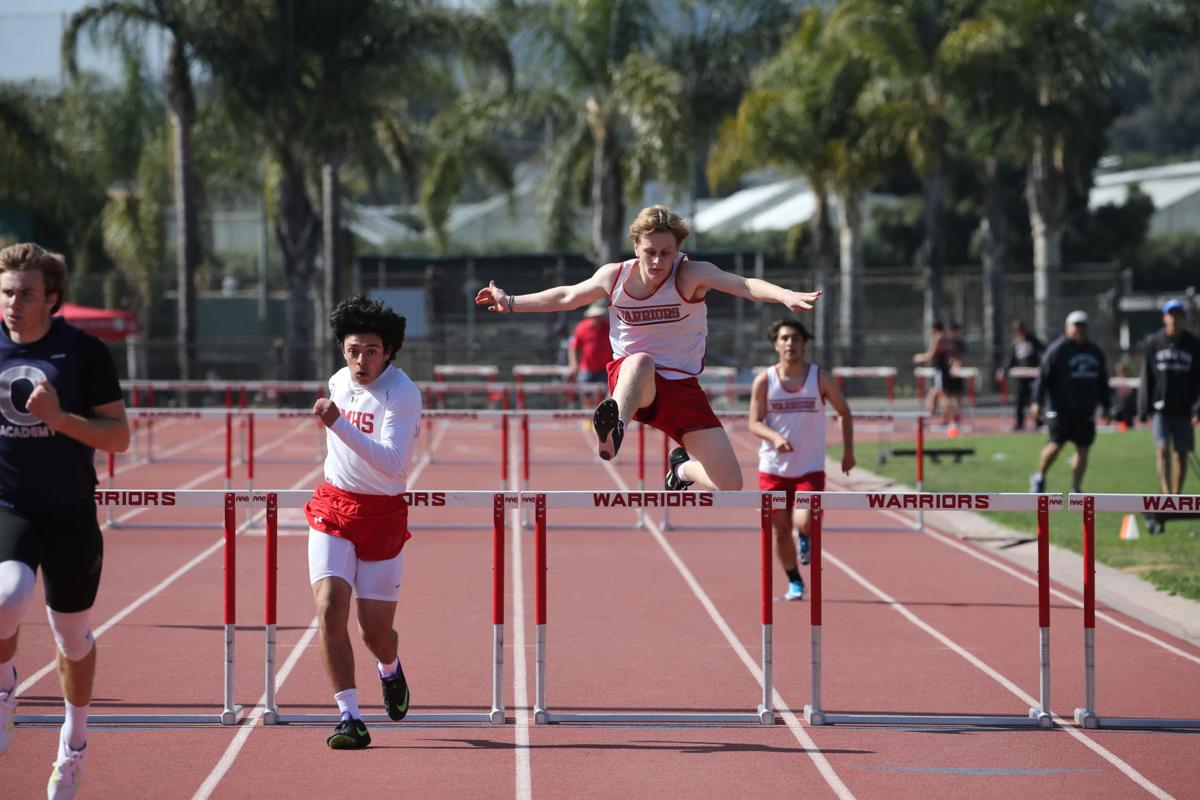 Tristan Kelly makes a clean clear in the 300 hurdles. 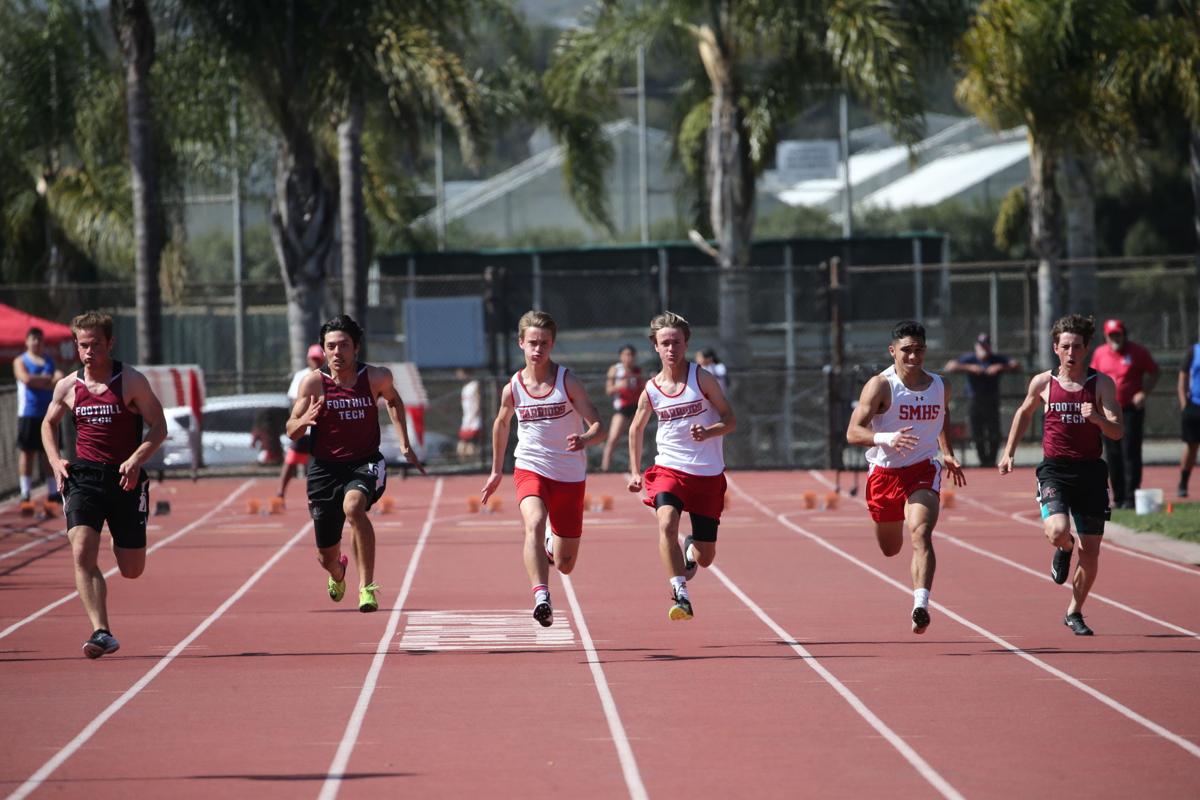 The Rinaldi brothers (center) pull ahead in the 100 meter.

Tristan Kelly makes a clean clear in the 300 hurdles.

The Rinaldi brothers (center) pull ahead in the 100 meter.

February 27 - The Carpinteria High School boys tennis team dropped a non-league match to Division II Thacher, 14-4. In singles, Austin Stone won all three sets—dropping three games—and remains undefeated on the season with a 12-0 record. The Warriors other point came from Ian McCurry/Esteban Zapata who went 1-2 on the day in doubles. “I was very happy with the play of Ian Thomas/Connor Gralewski. They are really starting to gel and play well together,” said Carpinteria coach Charles Bryant. “And, Isaac Benitez/Ben Persoon also had some competitive sets.” The Warriors will now move on to Citrus Coast League matches with an overall 1-4 record.

February 28 - The Carpinteria High School baseball team hosted Fillmore in the Citrus Coast League opener for both clubs with the Flashes besting the Warriors in an 11-2 loss. For the Warriors, junior righty Miles Souza surrendered four earned runs on six hits, three walks and four strikeouts. Tyler Cervantes came on in relief and tossed the final two innings, surrendering two earned runs. Luke Lounsbury led the Warrior offense with two singles up the middle off the Flashes’ senior right hander Ricky Calderon. Lounsbury’s first hit came with two outs and tied the game for the moment as Jason Warren scored from third base. Carpinteria is now 2-1 overall and 0-1 Citrus Coast League.

February 28 - The Carpinteria High School boys volleyball team traveled to Santa Barbara to take on rival Bishop Diego, dropping a 3-1 decision to the Cardinals. Match scores: were 23-25, 20-25, 25-16 and 25-27. “It was a close and consistent match with a lot of excellence, highlights of some good volleyball from both sides,” said Warriors coach Dino Garcia. Carpinteria was unable to close the first set, as Bishop seized it. The Cardinals carried that success into the second set, winning with 2-0. “The Warriors secured set three with some dialed-in hitting at the net and tough servers,” explained Garcia. However, Carpinteria was unable to come away with a win in set four, as the Cardinals closed them out at home. The Warriors have yet to begin Citrus Coast League play and have an overall record of 0-3. Carpinteria will face off versus Garden Street Academy on Thursday, March 5, at Warriors Gym.

February 29 - The Carpinteria High School track and field team hosted the Rincon Races Meet over the weekend at Valley Memorial Stadium. Both the boys and girls squads participated in 16 events with the boys placing fourth and the girls taking third. Santa Maria was the meet winner for the boys and Foothill Tech took first in the girls events. Eight meet records were broken on the afternoon. Carpinteria’s Vincent Rinaldi broke the meet record in the 200 meters with a time of 22.88 seconds and won the 100 meters for the boys. Savannah Alvarez was a double winner in the long jump and triple jump with marks of 14 feet, 10.5 inches and 31 feet, 6.5 inches for the girls. The other Warriors victory was by Mercy Torres with a 70.08-second run in the 400 meters for the girls.

February 27 - The Cate School girls lacrosse team lost to Dos Pueblos, 6-5, in overtime at home. Lily Riehl scored four goals for the Rams, Mia Foster accounted for the other goal and Liz Sutter had nine saves. “Lilly Zanze, Maya Fenelon, Taylor Kane and Riley Borchard were disciplined and aggressive on ball, accounting for nine turnovers in the half,” said Rams coach Renee Mack of her team who led 3-2 going into the second half. “I was proud of freshman Liz Sutter in net with nine saves and Piper Brooks who’s strong off ball movement helped break their zone.”