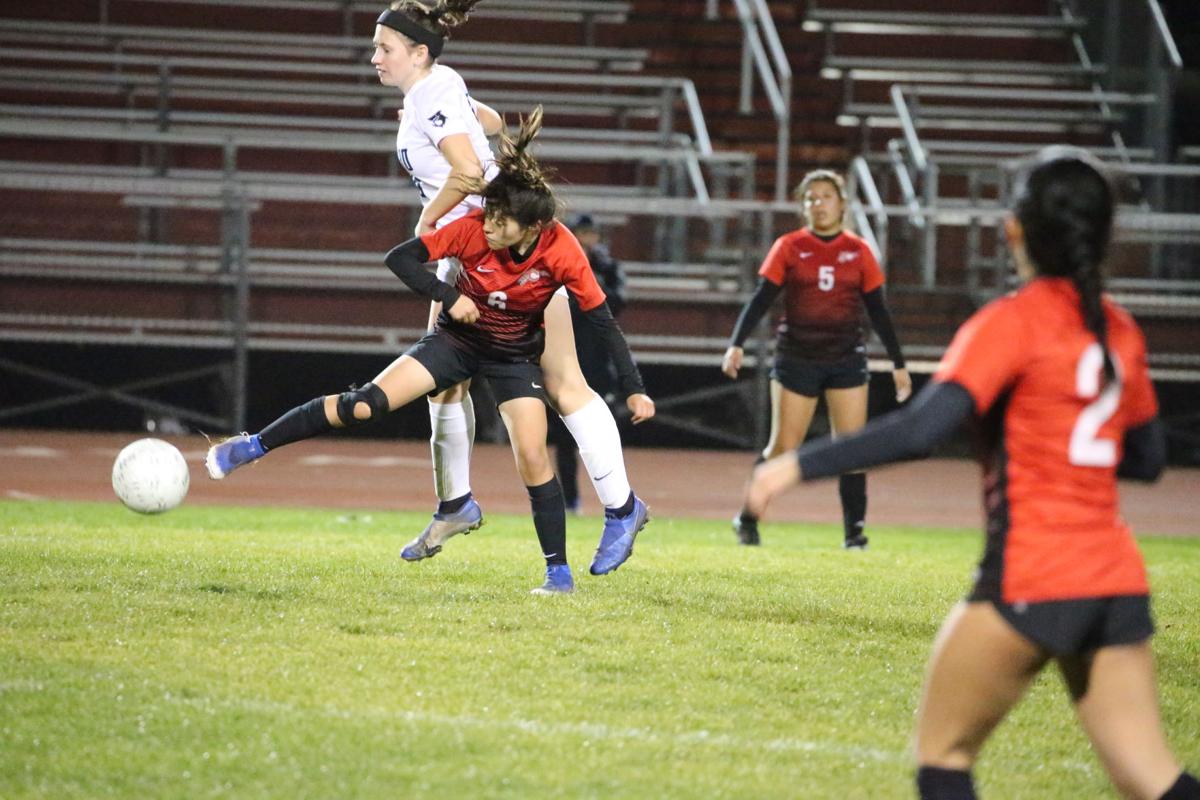 Ashley Verduzco keeps the ball away from her Malibu opponent. 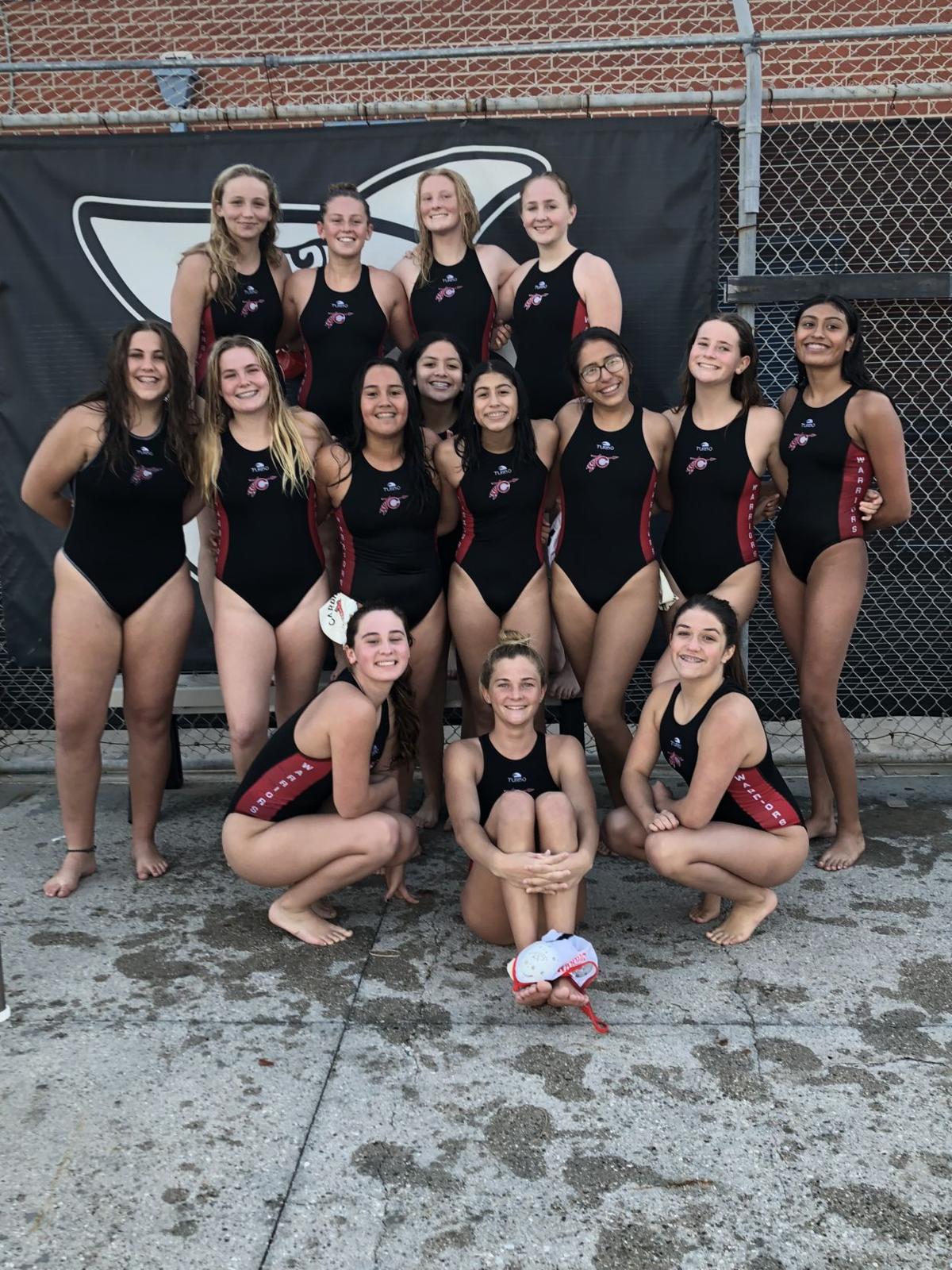 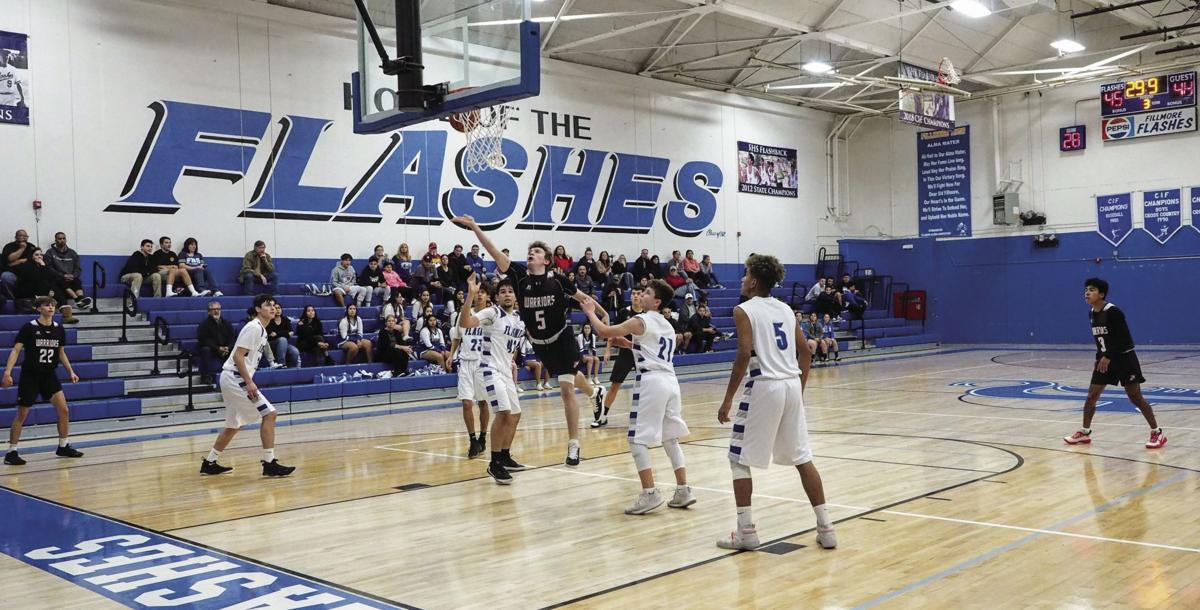 Ashley Verduzco keeps the ball away from her Malibu opponent.

January 8 - The Carpinteria High School girls basketball team opened up their Citrus Coast League season against the Santa Paula Cardinals at Warriors Gym, falling by a score of 66-27. The Warriors were first on the board with a three-pointer from the right wing by Kaela Kelley. “The Cardinals quickly fired back and used their athleticism to play a strong full court press against the Warriors and closed the first with a last second three putting them up, 17-7,” said Carpinteria coach Benti De la Cruz. Gracie Verdugo added a bucket for the Warriors during the second quarter, but the Cardinals found themselves up big at the half. “The Warriors then started to find their groove during the third with junior Gabriella Graham putting up a three and two-pointer,” explained De la Cruz. The leading scorer for the Warriors was Kelley with eight points, as their overall record dropped to 3-6 and league to 0-1.

January 13 - The Carpinteria High School girls basketball team traveled to battle the Wildcats of Villanova, falling in Ojai by a score of 51-40. The Warriors were led by Hannia Hernandez’ 21 points and Graciella Verdugo’s eight. At the end of the first period, the Wildcats were up 24-10. “During the second, the Warriors were able to weather the storm a bit, but found themselves down 35-14 at the half,” said Carpinteria coach Benti De la Cruz. “During the third period though, the Warriors battled back and found their groove by getting valuable points off their fast break offense and jump shots coming from freshman Graciella Verdugo.” The Warriors cut the lead down to single digits, but it wasn›t enough, and Villanova held on to win by a margin of 11.

January 8 - The Carpinteria High School girls soccer team dropped their Citrus Coast League opener to Santa Paula, 4-3. The Warriors fell behind 1-0 when Cydney Smolnikar equalized about two minutes later with a left-footed shot on a reverse pass from Dayne Wagner. The match was tied 1-1 at halftime, but the Cardinals pulled ahead with another goal about 25 minutes into the second half. Smolnikar responded with another goal off a corner kick to tie it again. The Warriors took the lead on a free kick goal by Aly Springer. “The Cardinals were dangerous with a few very skilled players up top for them, but our defense and goalkeeper, Karen Gamez, did a great job,” said Carpinteria coach Charles Bryant. “I also thought Ashley Verdusco had her best game of the year, she was excellent in the midfield for us tonight.”

January 10 - The Carpinteria High School girls soccer team dropped a Citrus Coast League match to visiting Malibu, 2-0. “Bottom line is we did not play well for most of the game, some of that was Malibu, but a lot of it was our own doing,” said Warriors coach Charles Bryant. “We were scoreless for about 65 minutes until we gave up a penalty kick.” Carpinteria is now 2-8-1 overall and 0-2 in the CCL.

January 8 - The Carpinteria High School boys soccer team beat Santa Paula, 2-1 for their first win of the season. Sophomore Steven Zermeño scored on a corner kick in the fourth minute of the game, assisted by Vincent Rinaldi. “In the 16th minute, senior and captain Enrique Gutierrez scored from outside the 18 after a poor clearance from the Santa Paula defense,” said Warriors coach Leo Quintero. The Cardinals scored in the 38th minute to cut the lead in half. “Senior keeper Adrian Gonzalez recorded six saves, none more important than a one-on-one save late in the second half to preserve the victory,” said Quintero.

January 10 - The Carpinteria High School boys soccer team lost a road match by a score of 1-0. Malibu marked in the 72nd minute of the game. “It was a back ‘n forth battle with plenty of opportunities,” said Warriors coach Leo Quintero. “In this very competitive Citrus Coast League, one must be able to sink the ball in the back of the net when the opportunity arises to have any chance at victory.” Carpinteria’s overall record is 1-7 and CCL record is 1-1.

January 9 - The Carpinteria High School girls water polo team hosted the Nordhoff Rangers for their third Citrus Coast League match of the season, coming away with a 16-5 win. “Senior Sadie Mead led the team with two quick goals in the first and second quarters, while junior Kate Gay was an iron curtain in the cage with 17 reported saves,” said Warriors coach Sergio Castaneda. The Warriors took a 3-0 lead before the Rangers fired back with a goal of their own.

January 10 - The Carpinteria High School girls water polo team visited the “Shark Tank” to face off against Malibu and came away with a 12-10 victory. Junior goalie Kate Gay had 16 blocks and the sophomore duo of Alex Zapata and Briana Rodriguez were the top scorers with three goals apiece. “The Warriors are thrilled with the win, but continue to prepare as league rival, Santa Paula, is approaching next week along with the Oxnard Tournament,” said Carpinteria coach Sergio Castaneda. The Warriors climb to 6-2 overall and 3-0 in the Citrus Coast League.

January 9 - The Carpinteria High School boys basketball team dropped a home game to Nordhoff, 59-52. The Warriors trailed 15-7 by the end of the first quarter, and although they outscored the Rangers 19 to 14 in the fourth quarter, it wasn’t enough to capture the win. Dylan O’Neill led the Warriors with 21 points and grabbed seven rebounds. Gabe Medel tallied eight points and hauled in six rebounds, while, Ian Reed scored five, pulled down eight rebounds and dished out seven assists. Korey Stevens had 16 points for the visitors, and Chase Plott had 15, while Andyn Flores scored 14. Carpinteria is 8-7 overall and 1-1 in the Citrus Coast League.

January 9 - The Cate School boys soccer team opened the new year by beating defending Tri-Valley League champs Santa Clara, 4-1 on Cate Mesa. In the 23rd minute, Will Deardorff played a one-two pass to Parker Bowlin at the top corner of the box who got away from his defender and converted a shot that the Saints keeper partially deflected into the goal for a 1-0 Rams lead. In the 53rd minute, Buba Fofanah collected a pass from center back Kobby Nimako, turned and got away from his defender, then dribbled around the keeper and shot it in the goal. Fofanah struck again one minute later by controlling a ball from Daniel Boateng, touched it twice and avoided his defender, and hit a shot that touched the underside of the crossbar for the goal. Following a Santa Clara goal in the 62nd minute, the Rams re-established their three-goal margin in the final minute of play when Fofanah found Boateng on a through ball in the box, and Boateng passed the ball across the goal mouth to Jae Lim who tucked it home. The win puts Cate’s overall record at 4-0-1 and league record at 1-0-1.

January 14 - The Cate School boys soccer team picked up a 4-1 win in Tri-Valley League play at Bishop Diego. The Cardinals took a 1-0 lead less than a minute into the match. In the following minute, Buba Fofanah collected a pass from Devin Pai and equalized to make the score, 1-1. In the 12th minute, Fofanah found Daniel Boateng whose shot touched the bottom of the crossbar, only to have the ball bounce out to a waiting Will Deardorff who booted it into the open net. Six minutes later, Fofanah picked up a loose ball in the Cardinal box, dribbled right and converted the shot. Cate finished the scoring in the 59th minute when Fofanah once again collected a loose ball in the box and slotted it into the left corner.

January 9 - The Cate School girls basketball team opened Frontier League play against the Bishop Diego Cardinals, and walked away with a 47-29 win. The Rams were led by Meena Baher with seven of the team’s 13 first quarter points. In the second quarter, the Rams offense went into a drought. “Keeping us in the game was the play of Imani Oseso and Maya Blattberg, both secured critical defensive rebounds to stem the scoring run of the Cardinals,” said Rams coach Laura Moore. Lily Zanze had nine second half points and Blattberg had six points as Cate finished the third quarter up, 32-19. In the fourth quarter, Jess Yang grabbed an offensive rebound and put in a reverse layup while getting fouled to help preserve the victory.

January 9 - The Cate School girls soccer team beat La Reina, 4-2 in Thousand Oaks. Lilly Riehl scored goals in the first minute and in the 53rd. Tali Nam scored in the 21st minute, while Rachel Ma tallied the final mark in the 65th.  Grace Blankenhorn, Emie Nam, Ma and Charlotte Weis all collected assists on the day and Taylor Kane made seven saves. “Rachel Ma finished the game off in a battle with La Reina’s keeper, scoring on a great cross from Charlotte Weis, credit also needs to go to Neema Mugofwa who absolutely dominated the middle of the field and so intimidated her opponents they were wondering out loud what to do about her,” said Rams coach Taylor Wyatt. “In the last few minutes, Neema took an offensive throw in that reached the middle of the field and the head of Francesca Castellarin who was inches away from scoring the most beautiful goal of the game.” Cate was able to hold the Regents to a scoreless second half.

January 11 - The Cate School boys basketball team fell to rival Thacher in three overtimes by a score of 64-59 at Ojai. “I credit junior Tyler Tom and senior John Shelburne for being our sparks off the bench,” said Rams coach Andy Gil who had four starters fouled out in regulation. “Too many turnovers and missed free throws, Thacher played harder than us today and were the aggressor and out-boarded us.” Cate is now 8-3 overall and 0-1 in Frontier League play.