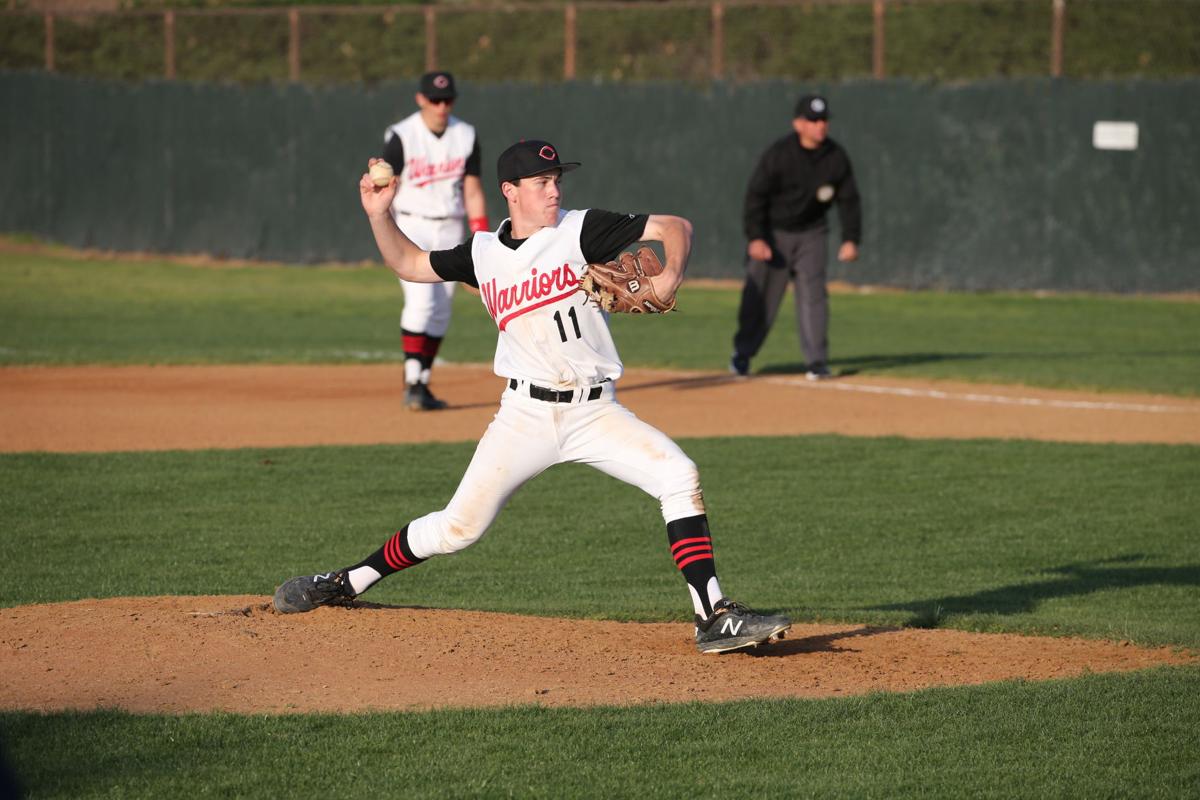 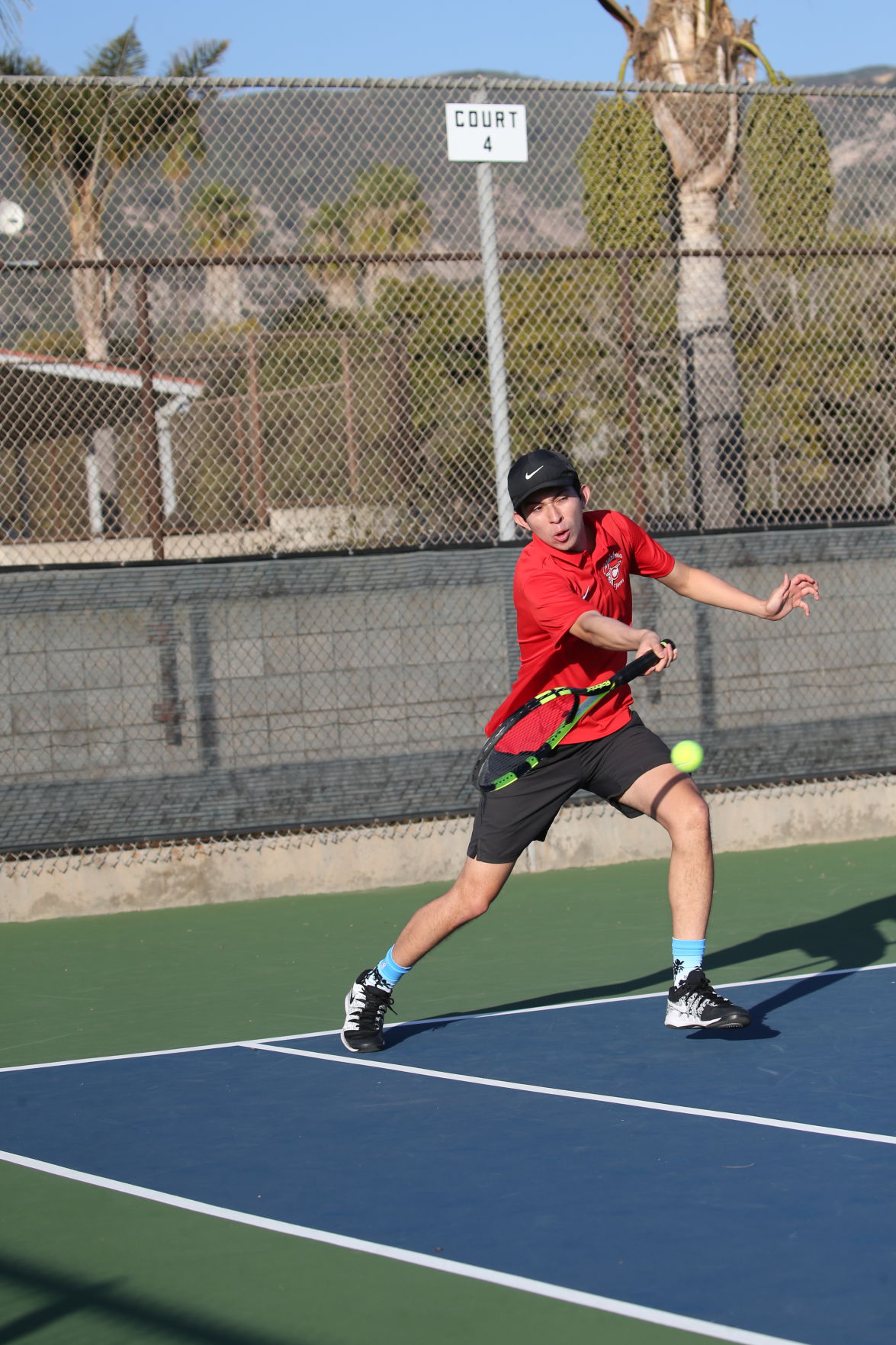 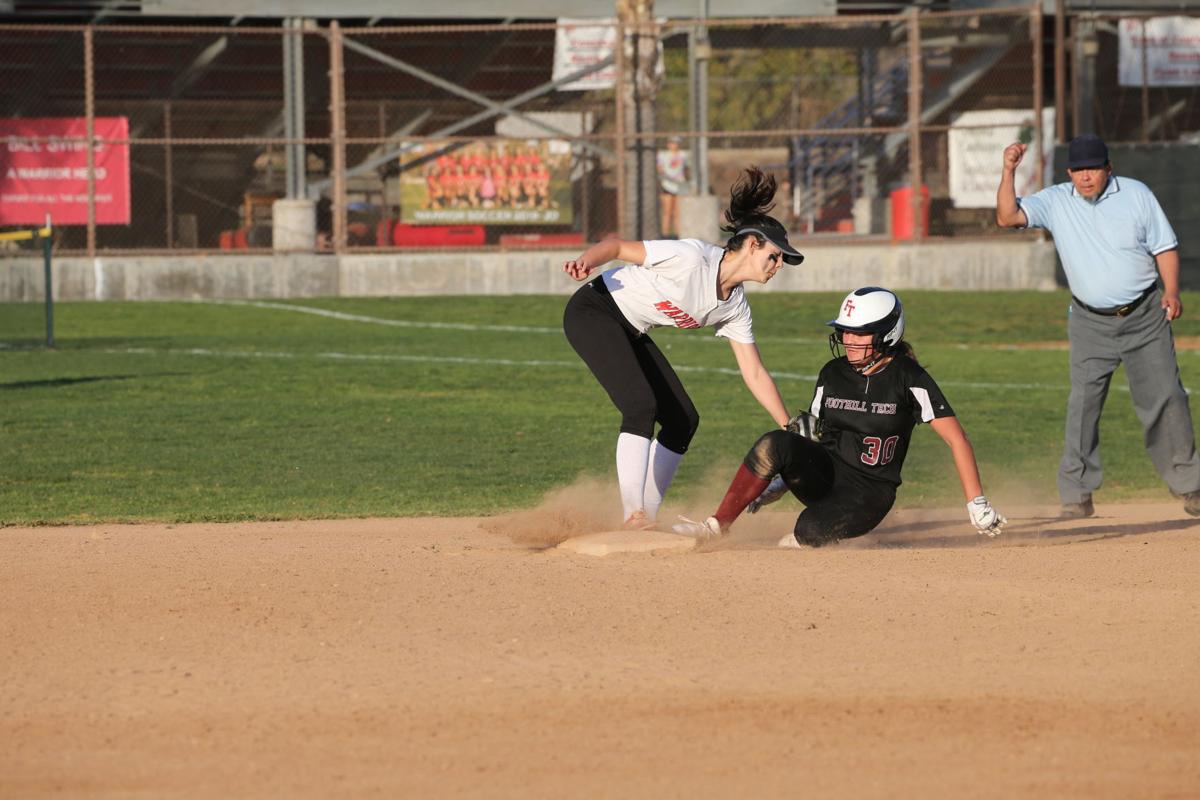 Katelynn Cariveau gets the out at second.

Katelynn Cariveau gets the out at second.

February 19 - The Carpinteria High School baseball team came out on top in their 2020 home opener at John Calderwood Field, defeating the Villanova Wildcats 8-2. The Wildcats scored one in the first inning, but the Warriors responded with six runs in the second inning as Erich Goebel hit a two-out, bases loaded ground ball that ricocheted off of the Wildcat third baseman allowing Jacob Mata to score the go-ahead run. Miles Souza led the offense going three-for-four with three RBI and a run scored. Souza, a junior, toed the rubber for the Warriors and got the win as he gave up one hit and one walk while striking out eight over six frames. Jason Warren closed out the game striking out two, walking one, surrendering one hit and an unearned run. “The battery of Souza and catcher Diego Hernandez were very steady and gave the rest of the group the chance to settle in, no doubt that we all have some improvements to make to reach our potential,” said Warriors coach Pat Cooney.

February 21 - The Carpinteria High School baseball team defeated Villanova Prep, 6-4, to sweep the two game season series with the Wildcats. Tyler Cervantes delivered a two RBI single to right in the top of the first which scored both Erich Goebel and Miles Souza. Souza scored again when Jason Warren produced a two-out line drive single to right in the fourth. In the top of the sixth, Hunter Garcia battled through a 10-pitch at bat and picked up two RBI when he singled to right. Junior right-hander Isaac Castillo toed the rubber for the Warriors and picked up his first win of the young season as he tossed 82 pitches over six frames. Goebel pitched through dark conditions in the seventh and stranded the Wildcats’ tying run at second base when a ground ball to third baseman Calvin Lundy ended the game, giving Lundy his first varsity save. “Again, the battery of Diego Hernandez and Isaac Castillo were consistent and calming, all in all, the week was confidence-building, heading into league play,” said coach Cooney. Carpinteria moves to 2-0 and Villanova drops to 0-2.

February 20- The Carpinteria High School boys tennis team dropped a non-league match to Santa Barbara, 14-4. “In singles, Austin Stone went 3-0 and looked sharp in all of his sets, he showed no signs of being tired or sluggish due to being sick the previous few days,” said Warriors coach Charles Bryant. Ian McCurry/Esteban Zapata went 1-2 in doubles. “Connor Gralewski showed a lot of promise in singles as did Corban Pampel,” added Bryant.

February 21 - The Carpinteria High School boys tennis team traveled to Ventura College to play Foothill Tech in a non-league match, dropping a 12-6 decision. The Warriors had their number-one doubles team of Ian McCurry/Esteban Zapata sweep on the day. In singles, Austin Stone swept his three sets. “Overall, we seemed to start slow today but I was happy with how Corban Pampel came back and played well in his last two sets, and same with Isaac Benitez/Angel Velasquez as they too started slow but seemed to get stronger as the match went along,” said coach Bryant.

February 20 - The Carpinteria High School softball team fell behind early and couldn’t recover in an 11-3 loss to Foothill Tech.  Madison Mora was in the pitcher’s circle for the Warriors, allowing 12 hits and 11 runs over five innings, striking out five and walking none. Gracie Verdugo threw two innings out of the bullpen. Carpinteria racked up six hits on the day with Mora and Rayanna Beaver both managing multiple hits for the team. The Warriors also launched a homerun off the bat of Mora. Foothill Tech scored on a single by Natalie De La Rosa in the first inning, a single by Katie Gordon also in the first, and an error in that same inning. A home run by Sammy Fenton in the second inning added another run for the Dragons, a ground out by Katherine Roth and a fielder’s choice by Jasmine Guzman also brought in a couple more runs for Foothill Tech in the second.

February 19 - The Cate School baseball team opened the season with a 9-0 loss to Ojai Valley School. Dalton Phillips got the start for the Rams and went four innings. Daniel Panadero and Theo Hansen each tossed an inning of relief. Both teams had three hits: Matty Holmes, Scott Holmes and Charlie Schofield had the hits for Cate. Cate had 10 errors on defense. “There’s not much to say following a game like this, we didn’t play to our potential and we will look to get better going forward,” said Rams coach Dave Soto.

February 25 - The Cate School boys volleyball team beat Carpinteria in three sets in a non-league match 25-18, 25-16, 25-20 in their first contest of the season. Senior captain Theo Mack led the team, executing half of the 33 kills on the night, added two blocks and scored double digits in digs with 10. Hitters Ethan Ng and Khadim Pouye combined for 10 kills, with Ng tossing in some short serves to register four aces.

“Junior Albert Barber did a great job running the offense as the sole setter for the night and also scooped up seven digs, notched two kills and three service aces,” said Rams coach K.C. Collins. Ryan Suh and Jackson Weinberger anchored the back row with nine and five digs, respectively. “Junior Nkemka Chukwumerijie showed some steady improvement at the middle position throughout the evening and secured two kills, two blocks and a dig.” The team will head into a two-week spring break at the end of this week and be back in action on March 17 with a non-league match at home against Nordhoff.