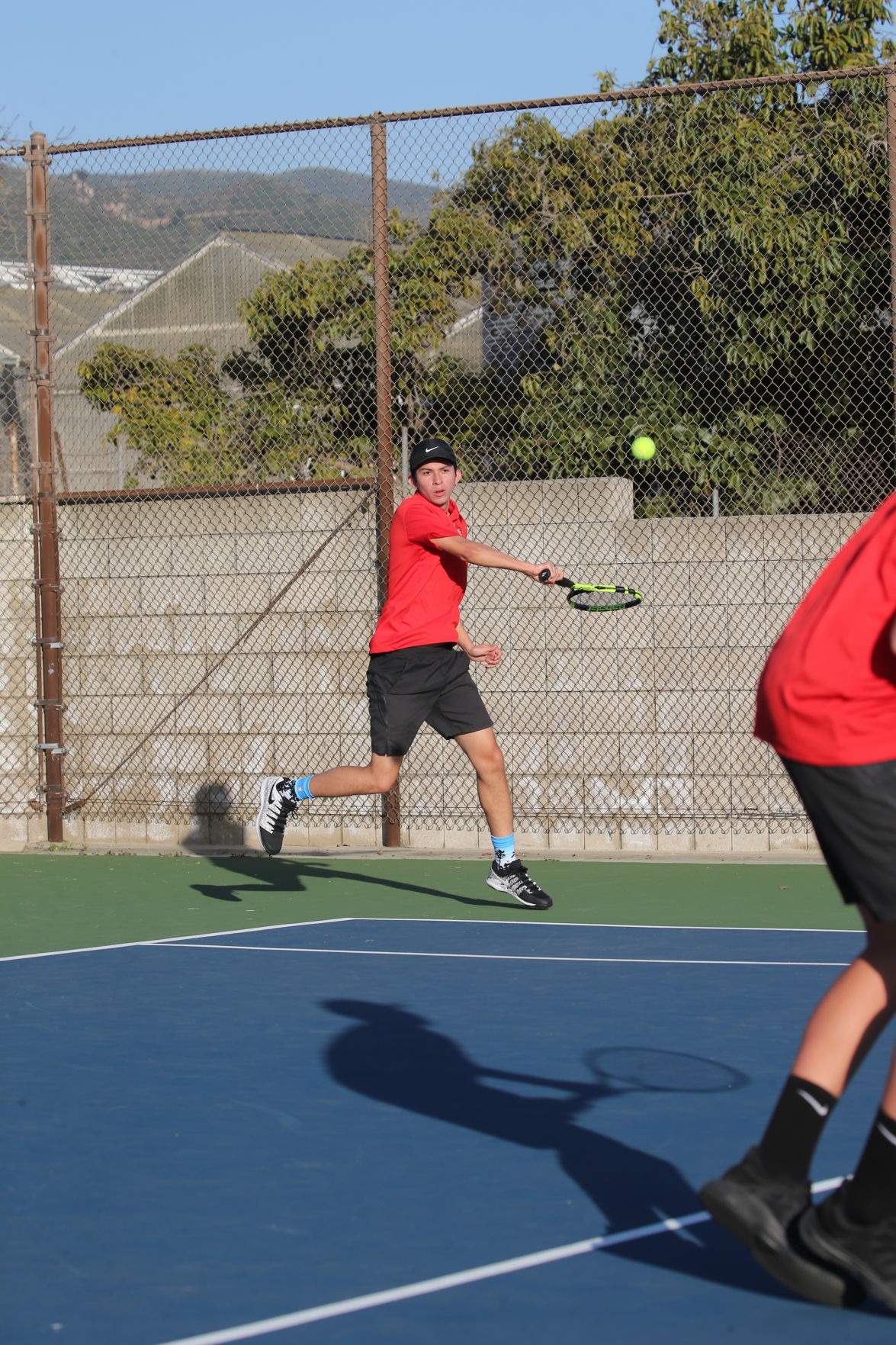 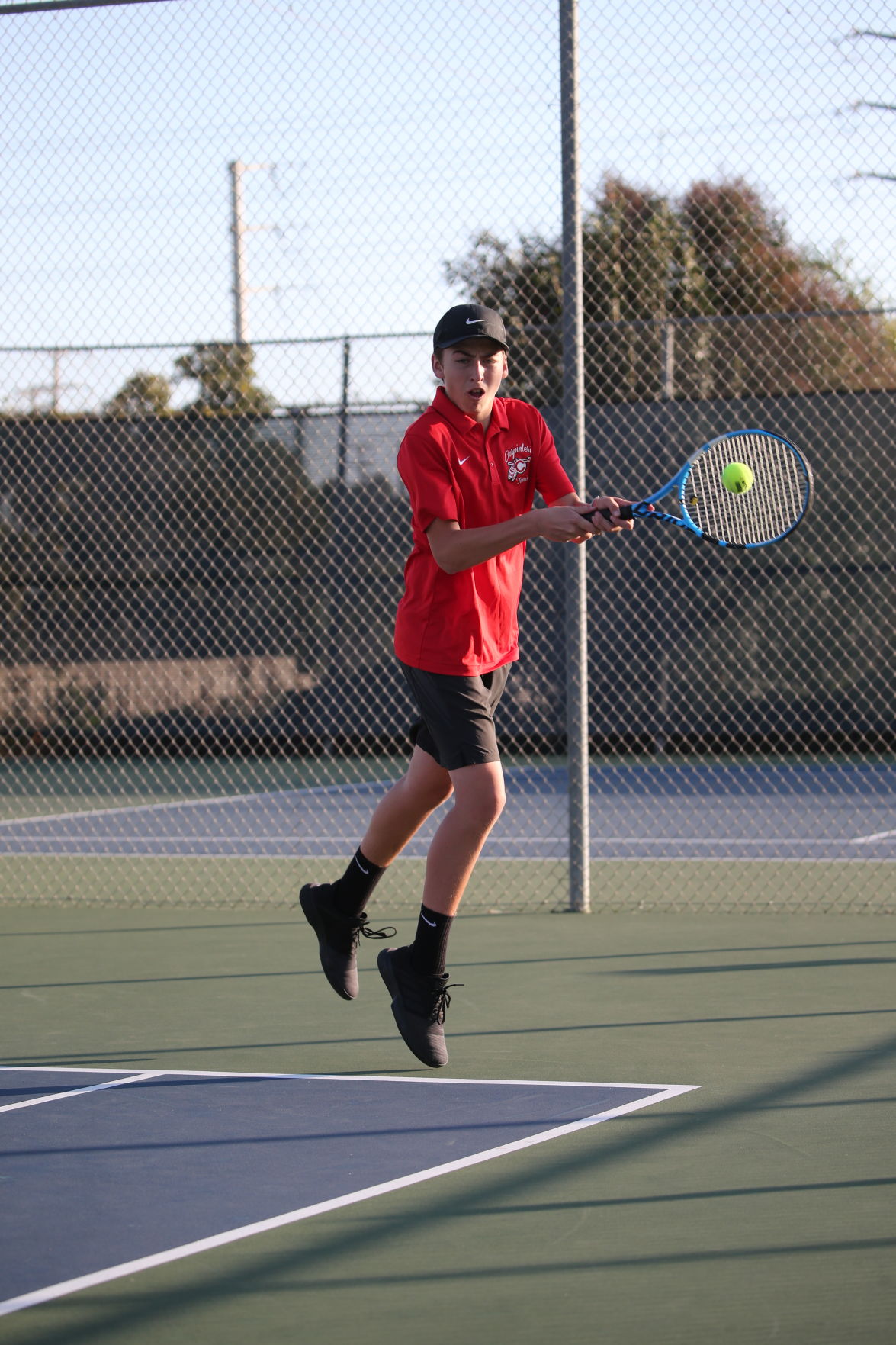 Tennis team co-captains Esteban Zapata, above, and Ian McCurry, below, will both graduate this year.

Tennis team co-captains Esteban Zapata, above, and Ian McCurry, below, will both graduate this year.

“They stopped us really suddenly, they just sent an email, everything stopped, and Charles (Bryant)” locked the fence so we couldn’t get in (to the tennis courts),” recalled Carpinteria senior Esteban Zapata of the Warrior coach’s swift response to the pandemic.

“We held out hope that we would be able to play and be back at school, but with each passing day it looked less and less likely,” said coach Bryant. “But as soon as the governor said the schools were closed for the remainder of the year, then, that was the end.”

For Zapata, who played tennis at the school for four years, and fellow seniors Ian McCurry and Corbin Pampel, the closure signaled the end of their high school careers. The road to a fourth consecutive title was not going to be an easy one for Carpinteria, as they graduated 10 players from last year’s squad that had gone all the way to the CIF-Southern Section quarterfinal round in the playoffs. To make matters more difficult, the Warriors had a challenging non-league schedule, dropping matches to Simi Valley, Santa Barbara, Dos Pueblos, Thacher and Foothill Tech early in the season. The first four losses also happened to be one-sided.

“Foothill Tech, however, was the match that really opened my eyes and made me re-evaluate where we were currently and where we needed to be,” explained Bryant who’s also the school’s assistant athletic director. The Warriors beat Pacifica in a non-league match and then beat Malibu and Hueneme in Citrus Coast League matches to start 2-0 in league.

Team captains, McCurry and Zapata led the charge in doubles for the Warriors this season. Meanwhile, Austin Stone, who was a standout as a freshman last year, continued to excel in singles. Stone finished 16-0 in the abbreviated season. The future looks bright for the Warriors, as they will lose only three players to graduation. “As for next season, we will definitely miss Ian and Esteban, that is a doubles team that will be hard to find a replacement for, not just in wins but in leadership and attitude,” said Bryant.

Although the season ended in a flash for Zapata, the senior looked back at his tennis career with gratitude. “Overall, the past four years and the experience were pretty fun and exciting,” said Zapata, who plans to attend SBCC this year. “Winning three league title championships was something I never thought I would do.”