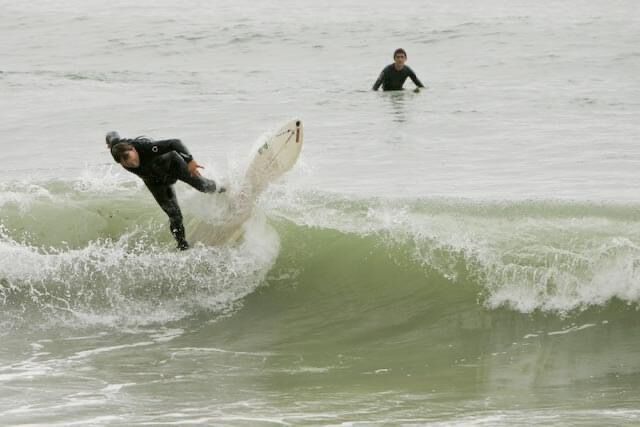 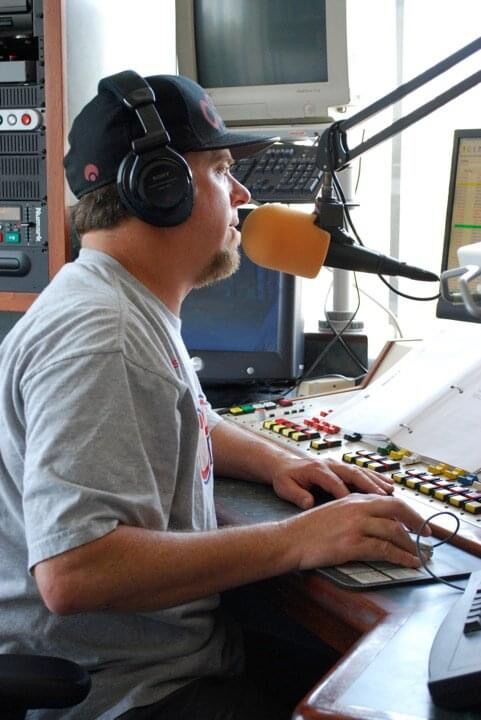 Jay has become a local radio icon as an on-air personality for 99.9 KTYD since 1999. 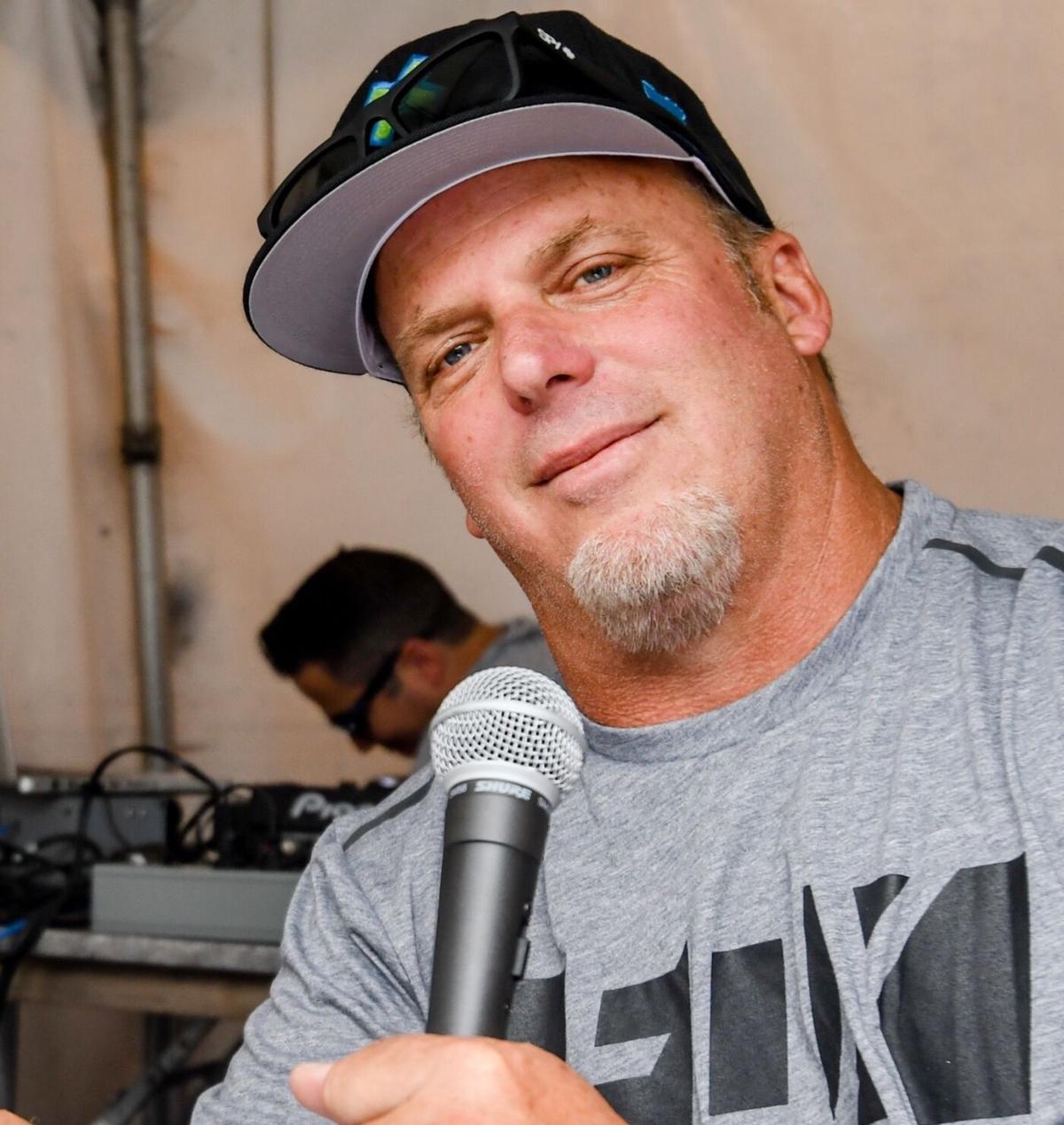 Local announcer, DJ and broadcaster Brad Jay will take the mic for the first-ever Olympic surfing competition on Tsurigasaki Surfing Beach in Japan.

Jay has become a local radio icon as an on-air personality for 99.9 KTYD since 1999.

Local announcer, DJ and broadcaster Brad Jay will take the mic for the first-ever Olympic surfing competition on Tsurigasaki Surfing Beach in Japan.

Local announcer, DJ and broadcaster Brad Jay will be the voice heard by millions in a few weeks as he takes the mic for the first-ever Olympic surfing competition on Tsurigasaki Surfing Beach in Japan.

“It’s pretty cool, I grew up as a kid loving the Olympics,” Jay said. He has been involved in surfing and skateboarding most of his life, bombing California hills at the age of six; he said he remembers watching the downhill skiing competition – his favorite event in the Olympics – on TV as a kid.

Although there have been 28 Summer Olympic Games held since 1896, this year will be the first time that surfing will be included, marking a new echelon for the sport.

“Never in a million years would I imagine that the two would come together, but it makes perfect sense. The Olympics want younger viewers, surfing wants more exposure,” Jay said.

It isn’t Jay’s first time calling an Olympic event. He started working at the 2002 Winter Olympics in Salt Lake City as a music director before becoming the on-air commentary for snowboarding in 2010, 2014 and 2018.

Jay said the progression within action sports has increased tenfold recently, with athletes regularly performing maneuvers that would be rare a decade ago. Spins and airs were typically done at the end of a run, where now they are performed in the beginning in a show of confidence and control.

“It’s like the boards are almost glued to their feet. Gabriel Medina, Filipe Toledo, they’re guys that are just flipping and spinning,” he said.

As surfing progresses, the culture has begun to change from the days of the past, he said, from packing a van with your friends and hitting the waves to strict diet and exercise regimens. “Right now, the athletes are just in better shape, better conditioning. They have strength coaches and nutrition coaches,” Jay said.

Jay’s journey to the announcer’s booth at the biggest sporting event on the planet is a testament to his ability to adapt and find a way to make a living doing what he loves most.

Jay lost his job as an on-air DJ with KJEE in 1999, and this low point led him to seek new options. “It threw me for a loop, ‘’ he said. With experience as an MC, announcer and competitor in amateur skateboarding competitions, he found himself one summer afternoon watching the X Games and thinking he could be the man on the mic.

“I thought, I could really do this for a living. I’m an announcer, and I love sports,” he said. He started working for the X Games, eventually making more connections and calling contests across the country. Along with action sports, he also found jobs with big-name organizations like the Los Angeles Clippers and Dodgers. Finding his place in the announcer’s booth was a life changing experience for Jay.

“Travelling the world and having a passion for what you do, it doesn’t feel like work. Once you get in the seat the mic turns on and you just call the contest, I love it,” Jay said. “It’s one of those things, if you love what you do you won’t work a day in your life.”

Jay has just returned to his La Conchita home after six weeks in El Salvador, broadcasting and covering the Olympic qualifying event and spending his time off the mic on a mountain bike or riding the waves – which he said reached 10-12 feet high. His passion for adrenaline-filled experiences hasn’t faded, though he said he is a bit more careful now.

Jay plans on being in Japan from July 17 to Aug. 3 and said that travelling during Covid-19 comes with its own set of hurdles. “There’s a lot of protocol, you have to jump through a bunch of hoops,” he said.

While he has lots of fun at his job, he also puts just as much work into bringing the most in-depth commentary as possible, spending countless hours researching and finding bios and anecdotes for each athlete. “To me, preparing and knowing as much as you can about the event and the athletes is so key,” he said. “Not preparing is preparing to fail.”

Jay is used to having his voice heard across the globe, from the Winter Olympics to the X Games to Red Bull’s Signature Series events, but covering the first-ever surfing competition for the Olympics will extend his reach even further.

“The stuff I do on TV will be heard in 171 countries,” he said. Jay’s call will be cast on Olympic Broadcasting Services, as well as on the NBC Sports mobile app in every country with an English option. The schedule for the event is an open format, meaning the competition can happen anytime between July 26 and Aug. 2, depending on the surf for the day. Check the official schedule each day for specific times.

Ryan P. Cruz is CVN's Sports Editor. He was born and raised in Santa Barbara, and loves to write about sports, food, local government and exploring the deep Mexican American roots on the Central Coast. He can be reached at ryan.p.cruz@gmail.com.