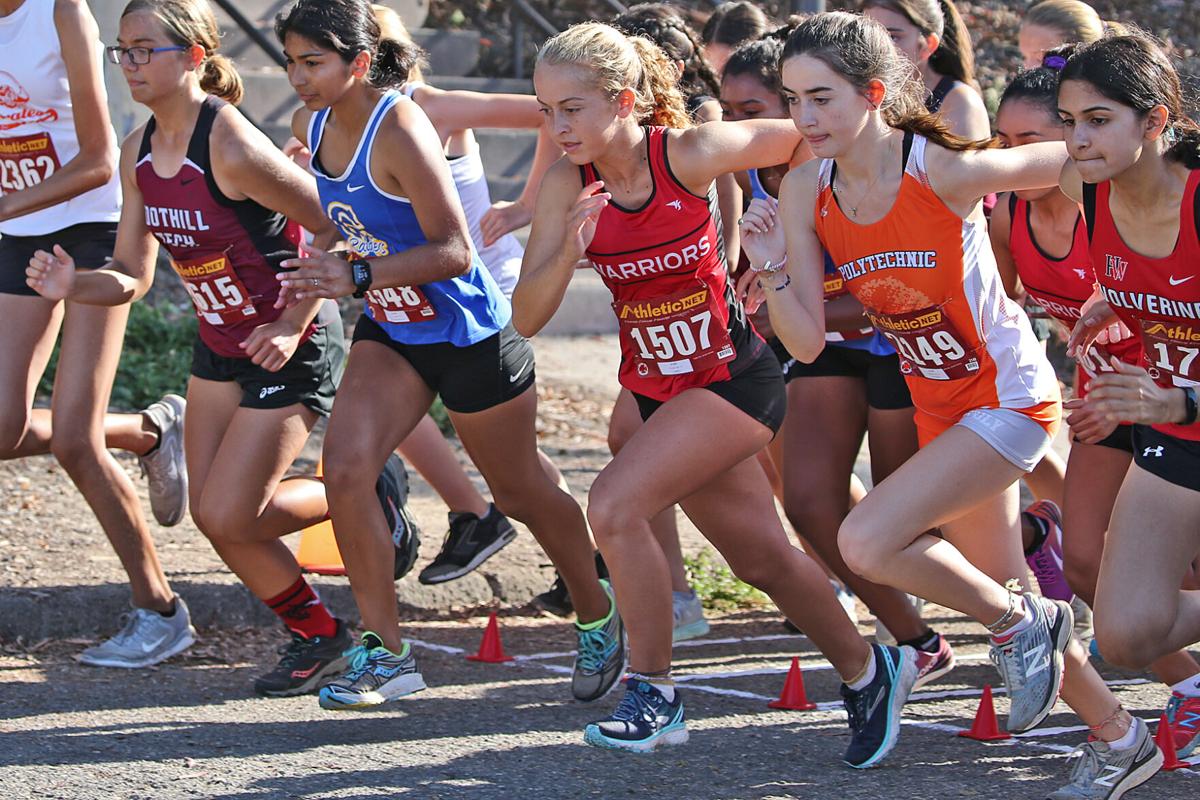 The Santa Barbara Athletic Round Table has awarded Kate Cooney, in the Warrior’s jersey leading her pack, the 2020 Phil Womble Award. 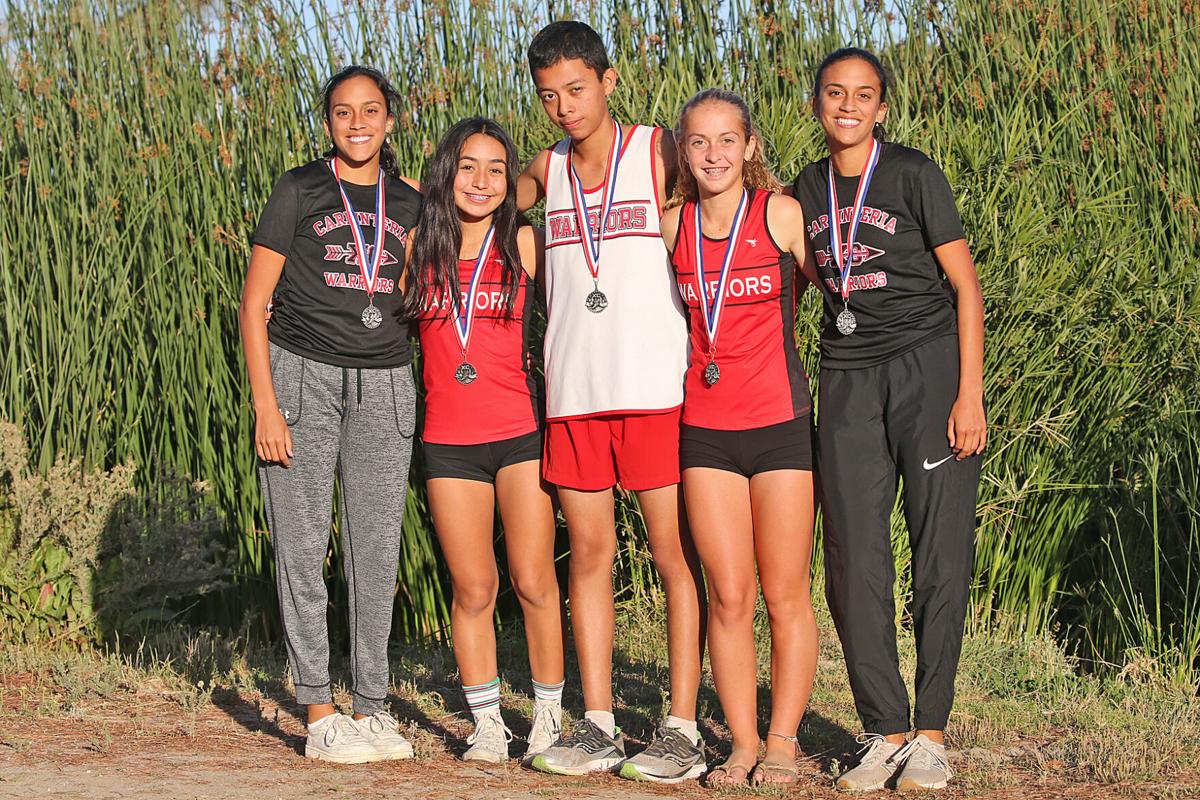 Kate Cooney, second from right, wins a medal during a recent cross-country season. 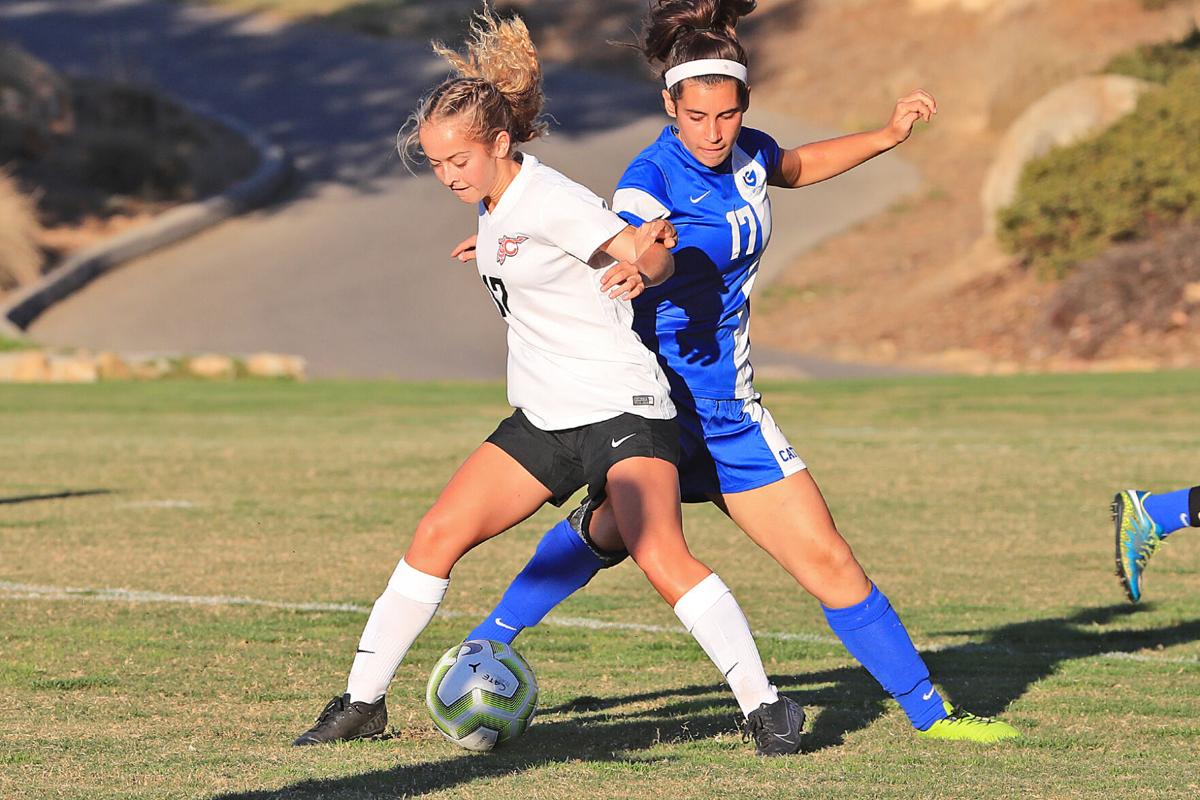 Cooney holds five varsity letters, one in soccer and two in both track & field and cross-county.

The Santa Barbara Athletic Round Table has awarded Kate Cooney, in the Warrior’s jersey leading her pack, the 2020 Phil Womble Award.

Kate Cooney, second from right, wins a medal during a recent cross-country season.

Cooney holds five varsity letters, one in soccer and two in both track & field and cross-county.

The Phil Womble Ethics in Sports Award is a recognition of student-athletes who embody the highest standards of sportsmanship, respect for others and promote the development of good character with those around them.

For anyone who knows Cooney, winning this award comes as no surprise. When it comes to her athletic ability, in her first two years of high school, she earned five varsity letters, two in track & field, two in cross country and one in soccer. She’s also earned the cross-country Rookie of the Year award in 2018 and the Coach’s Award in 2019.

“She’s one of our best distance runners and last year as a sophomore she was league champion at the frosh-soph level at the 3200 meters,” said Van Latham, Warriors Track & Field coach.

When it comes to her academic achievements, it’s nothing but impressive. She currently holds a 4.67-grade point average, won the 2020 CHS English Department Award, and is currently taking three Advanced Placement classes and is dual enrollment in classes at Santa Barbara Community College.

When Cooney found out she had won the award, she said she was genuinely surprised and slightly confused. “When I found out I won the Phil Womble award, I was really surprised. The first thing I did was ask “Who’s Phil Womble?”,” said Cooney. “After I learned of his story, I felt really honored that my coaches had chosen me as a person who embodies the characteristics of a Womble award winner. I think my excitement kind of built up more and more as I talked to other people and they told me their bits and pieces of Womble history.”

The namesake of the award, Phil Womble, was a Santa Barbara native who was born with cerebral palsy. However, Womble did not let his disorder stop him, achieving membership in the UCSB Intercollegiate Athletics Hall of Fame, and becoming a UCSB historian, local author and a champion for people with disabilities. This award is meant to honor those values that Womble tried to embody his entire life. Womble passed away in January of 2017.

“Winning this award is a huge honor for me, especially since my family is really big on sports and so involved in the Warrior community, and the attributes of the Womble Award are the values I have been raised with,” said Cooney.

When her father, Pat Cooney, found out Cooney had won, he was emotional to say the least. “Our reaction was emotional! Honored that Kate joins an incredible list of past awardees,” said Pat. “Grateful to coaches, teachers, and so many that have supported Kate at CHS. We’re proud of Kate and thankful for the chance to pause to recognize her efforts.”

It should be noted that Pat is the athletic director at CHS, but when he found out that Kate was being nominated for this award, he deferred from the process and allowed his assistant athletic director Charles Bryant to take the lead on the nomination process.

Kate is the epitome of a student-athlete coaches like to see on their roster. “She’s a pure team player that does all those little things that add up whether on the field, course or track,” said Bryant. “When she is competing, she is giving you all she has. Her strong will and desire are just some of the intangibles that give, not just her, but also her teammates that extra push…  Kate can accept any role and turn it into a positive.”

When it comes to winning this award, Cooney said this is one of the highest honors she’s been awarded. She’s still unsure if she’ll pursue sports in college, but what she is certain about is what this award means to her.