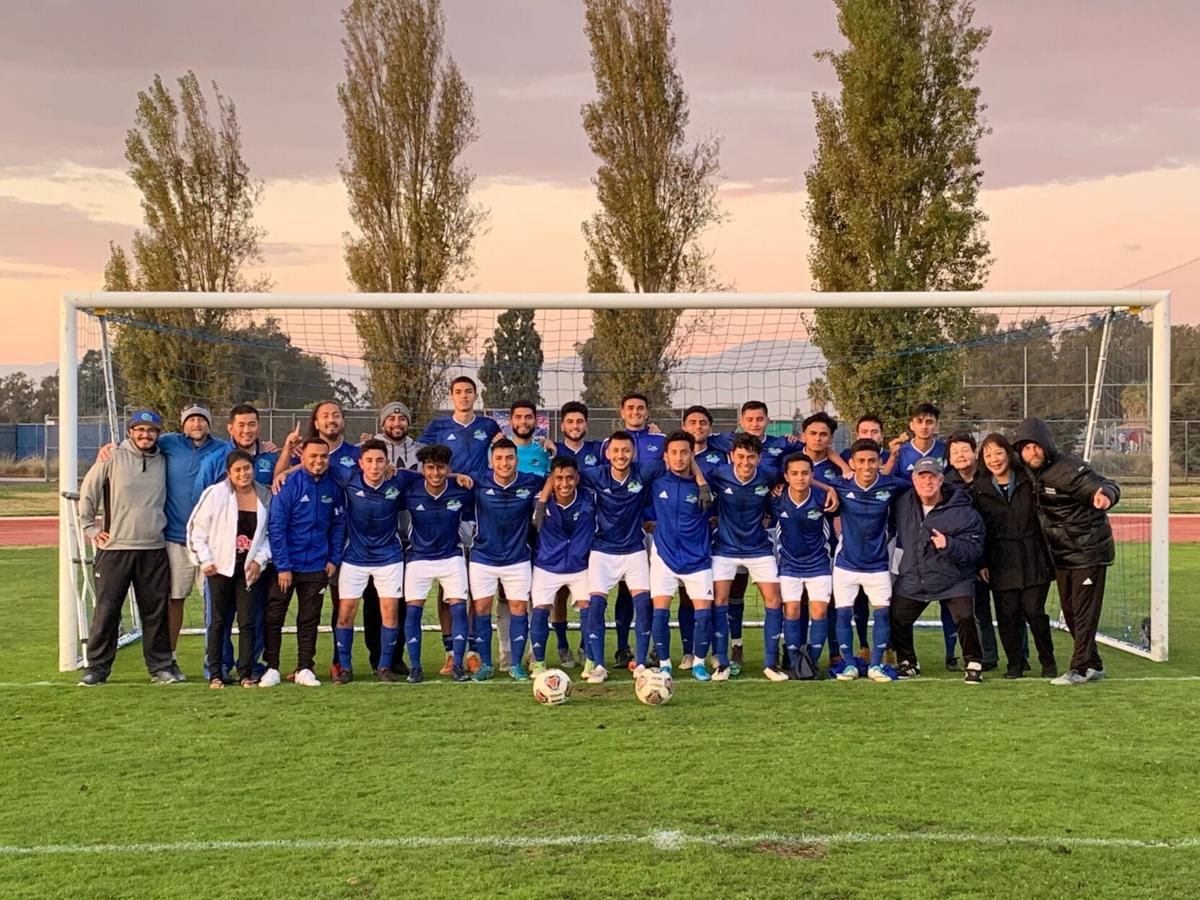 Bottom row, third from right is Luis Garcia, who, along with fellow Carpinteria High School graduates and soccer alums Benjie Garcia, Ricardo Arroyo, and Francisco “Packy” Arroyo, have gone on to play for the Oxnard College soccer team. 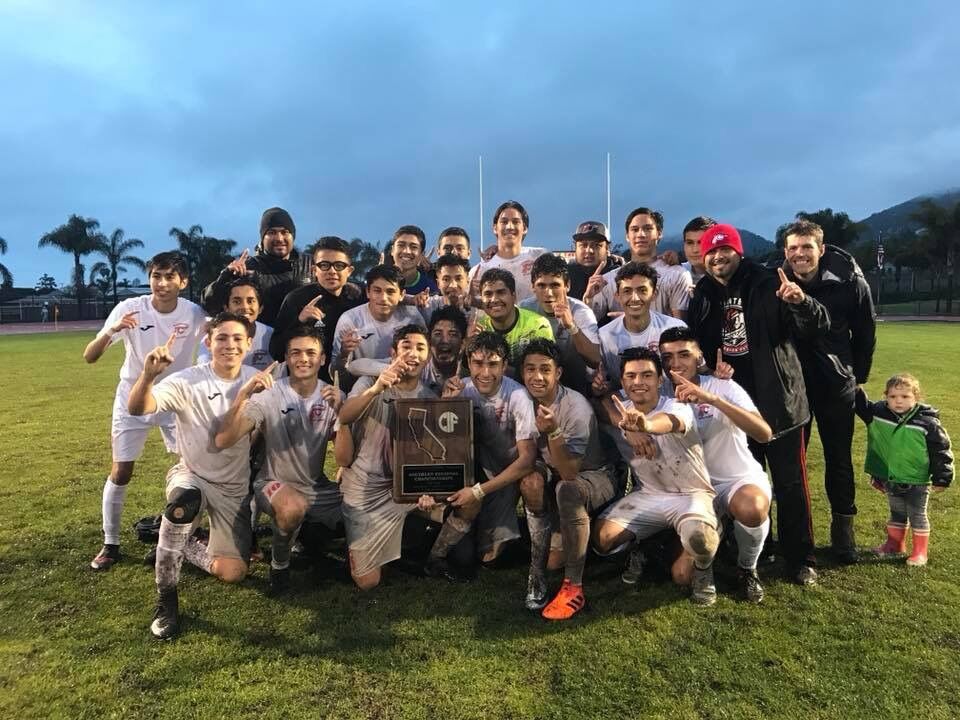 Bottom row, third from right is Luis Garcia, who, along with fellow Carpinteria High School graduates and soccer alums Benjie Garcia, Ricardo Arroyo, and Francisco “Packy” Arroyo, have gone on to play for the Oxnard College soccer team.

While professional soccer has returned in the United States and internationally, Carpinteria High School Class of 2018’s Luis Garcia recently received notice that his second season with the Oxnard College soccer team will begin with practice on January 18, 2021, with competition set to start in February. Garcia was part of a Condors squad that had a successful campaign in 2019, finishing with a stellar 17-4-3 record, while reaching the third round of the Southern California Regional Playoffs before falling to Cerritos.

Garcia started playing soccer at the age of five when his parents decided to sign him up for local AYSO soccer. “I actually was recruited when playing in AYSO All-Stars to play for Santa Barbara (Soccer Club) and I played there up until U19,” he said. “At the time, U19 was the last year to play for their club which was a great experience with great players and great coaches.”

The Warriors soccer standout was part of the squad that made a phenomenal run, winning both the CIF-Southern Section Division Six and the SoCal Regional Division Five State titles in ‘18. Garcia played a big part in capturing that final game when he assisted on what turned out to be the winning goal—as his pass connected with teammate Jose Jimenez who found the back of the net in the 71st minute. Before the game, Garcia asked then Assistant Coach Jerry Rodriguez to switch him from the center to the outside midfield spot. Rodriguez obliged, and as a result, the senior ended up with three assists in his final match as a Warrior in a 4-2 victory over Rubidoux for the school’s second title in as many weeks.

But competing at the next level, Luis ended up at a new position far away from the goal on the back line as a defender for the Condors. “The transition from high school to college has been kind of challenging, but I’m very thankful for all my coaches and everyone who helped make me the player I am. Because of that I can play different positions,” said Garcia, who made the CIF First Team and once took home the squad’s MVP award at CHS. Although his main duty was to defend the goal, he also distributed one assist last season in the 14 games he played. It was on Nov. 15 in a 6-1 win over Mission. Three days earlier, the Condors clinched the Western State Conference North Championship in a 4-1 win over Hancock.

For Garcia, the decision to attend Oxnard College was an easy one. “I ended up playing for Oxnard because their style of play is unique, you learn to be a great player on the field and a great person off the field,” he said. In recent years, a good number of Warriors have enjoyed great success donning the Condor colors. “My brother, Benjie Garcia and my cousins Ricardo Arroyo, Francisco “Packy” Arroyo played there,” he said. In 2015, Ricardo, along with CHS alumni Lalo Garcia and Edwin Elizarraraz helped win Oxnard’s first state championship.

Meanwhile, Luis hopes to transfer to UCLA, where he plans to study sports medicine. “It’s more of a wait and see thing, that would be my top university if I had the chance to go study and play,” said Garcia. And, at this point, “wait and see” is the approach many folks will be taking, navigating through the pandemic.