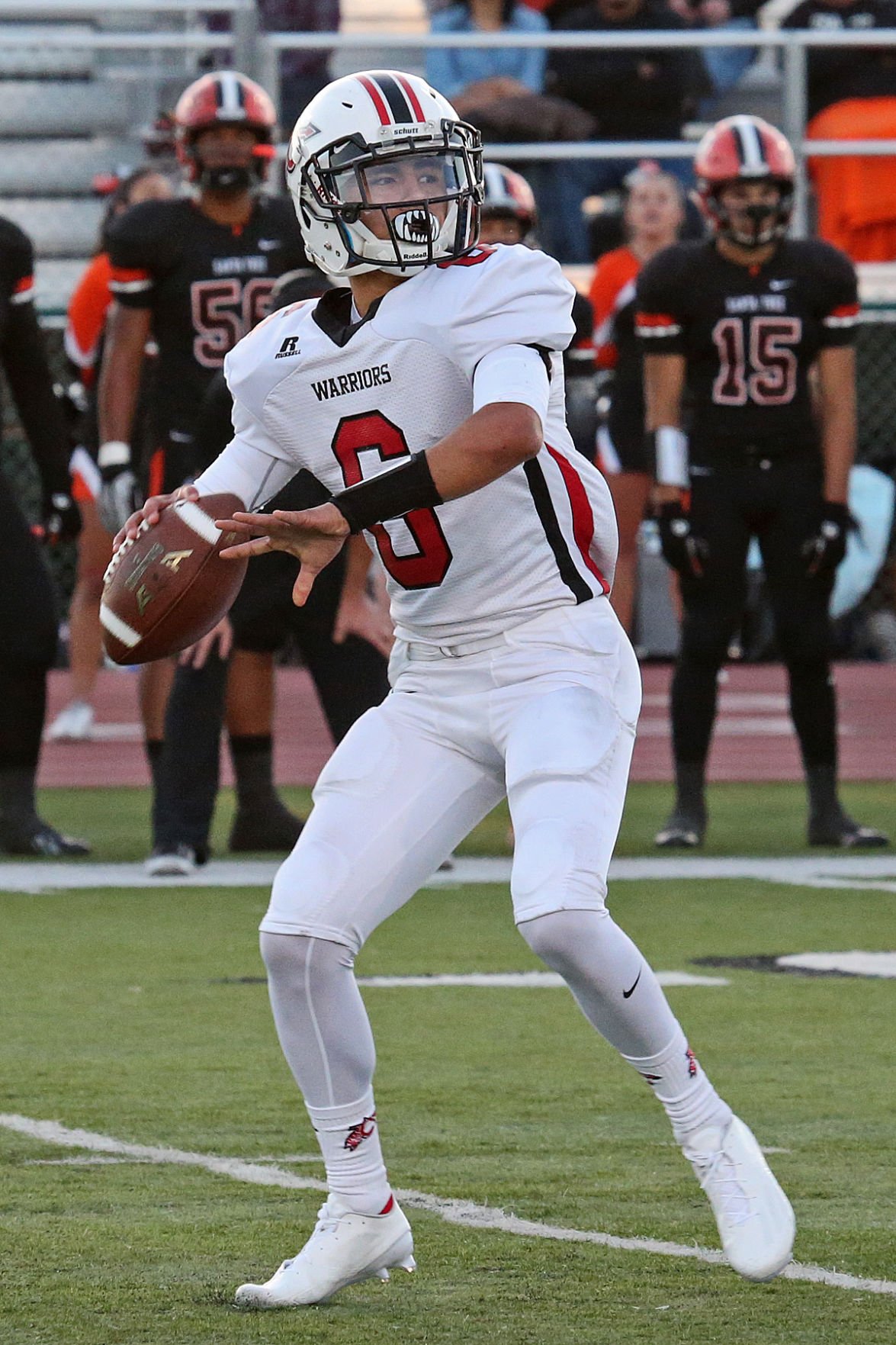 Michael Garibay was quarterback for the Warriors’ football team. 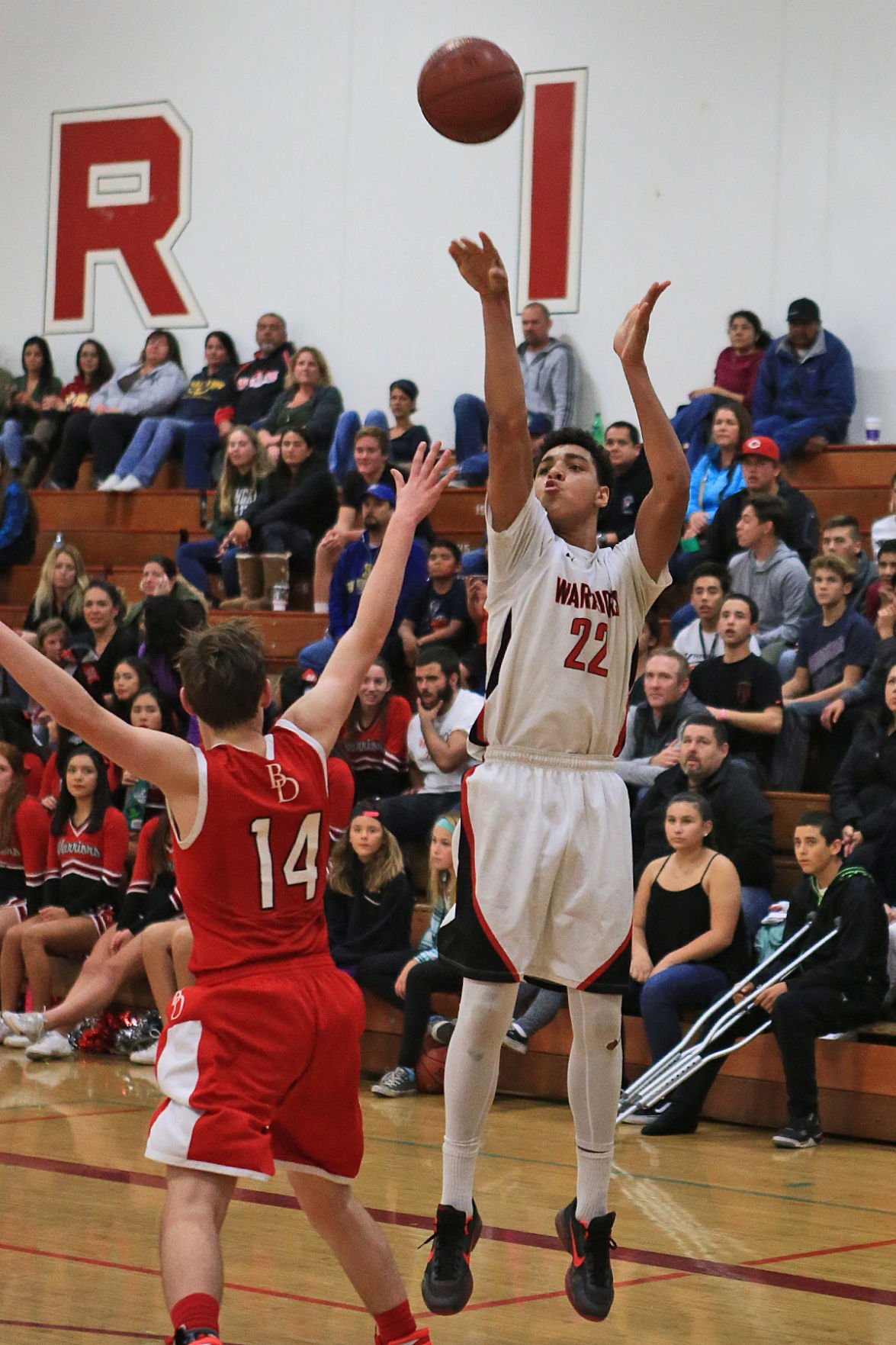 Michael Garibay was quarterback for the Warriors’ football team.

With the April NFL draft and its array of college stars on display, another group of talented Carpinteria High School alumnus have also been shining in recent years at Ventura College. Back in February of this year, it was announced that Michael Garibay (class of ‘17) had accepted an academic and athletic scholarship to play football at Howard Payne University in Brownwood, Texas. “If you play football, you know that’s what Texas is known for, if you want to call yourself the best, you have to play with the best,” said Garibay, who dreamed of playing in the Lone Star state.

Garibay, nicknamed “Mikey” in high school, played both basketball and football for the Warriors. He played four years of football at Carpinteria at the defensive back position, where as a sophomore he helped the JV squad become co-champions of the Tri-Valley League with Bishop Diego and Fillmore. Garibay played quarterback for the varsity team his junior and senior years, but early in his senior season, coach Henry Gonzales took him aside one day and “he just said at the next level with your height and skill set, you’d be playing more of a receiver-like-corner(back) position, how about we move you (from quarterback),” explained Garibay.

At the time, he was unhappy with the decision, but it proved to be a good move. He gained experience playing running back and lined up in different positions on the offense and special teams to take advantage of his speed. Garibay never looked back, and then headed down to Ventura College where he played one year at cornerback. He missed the 2018 season because of an injury, but was a part of the Pirates team that went all the way to the State Football Championship game.

After beginning the spring semester at the Texas university, Garibay went back to Carpinteria to see his parents during break. While he was home, the Covid-19 virus was beginning to spread throughout the country, and his flight back to Texas was canceled. But Garibay, who’s studying Athletic Training, still receives instruction online, and is also involved with football training through Zoom sessions. “People from Carpinteria, being a small town, sometimes can feel like they’re stuck in their little bubble, but if you work hard enough, you can make your dreams a reality,” said Garibay.

While playing quarterback for the Warriors, Garibay often threw to class of 2016’s Brandon Jordan who played at wide receiver. Jordan decided on Ventura College as well, playing football for the Pirates the year before Garibay came aboard. “Jordan had a really good freshman season there, I’d go to the games, and after we’d end up talking, and that’s how I ended up going to Ventura,” said Garibay.

And, in December of 2018, Jordan was a key member of the squad that played for the state championship. The sophomore receiver caught three touchdowns in the game, as the Pirates came up short in a 40-35 loss to Laney College. Two weeks earlier, Jordan led his team to the Southern California Football Association Championship, earning MVP of the game honors in a 31-21 win over Riverside. Around that time, he received offers to play football at Fresno State, Iowa State and Louisville.

CHS class of 2019’s Alberto Arroyo and Brady Sturdivan also chose Ventura to continue their football journey at the next level. Arroyo made a huge impact last season, being named All-American as a placekicker, while setting a single season scoring record at the college. Sturdivan sat out last season, but this year he could be the next Warrior to don the Pirate colors.