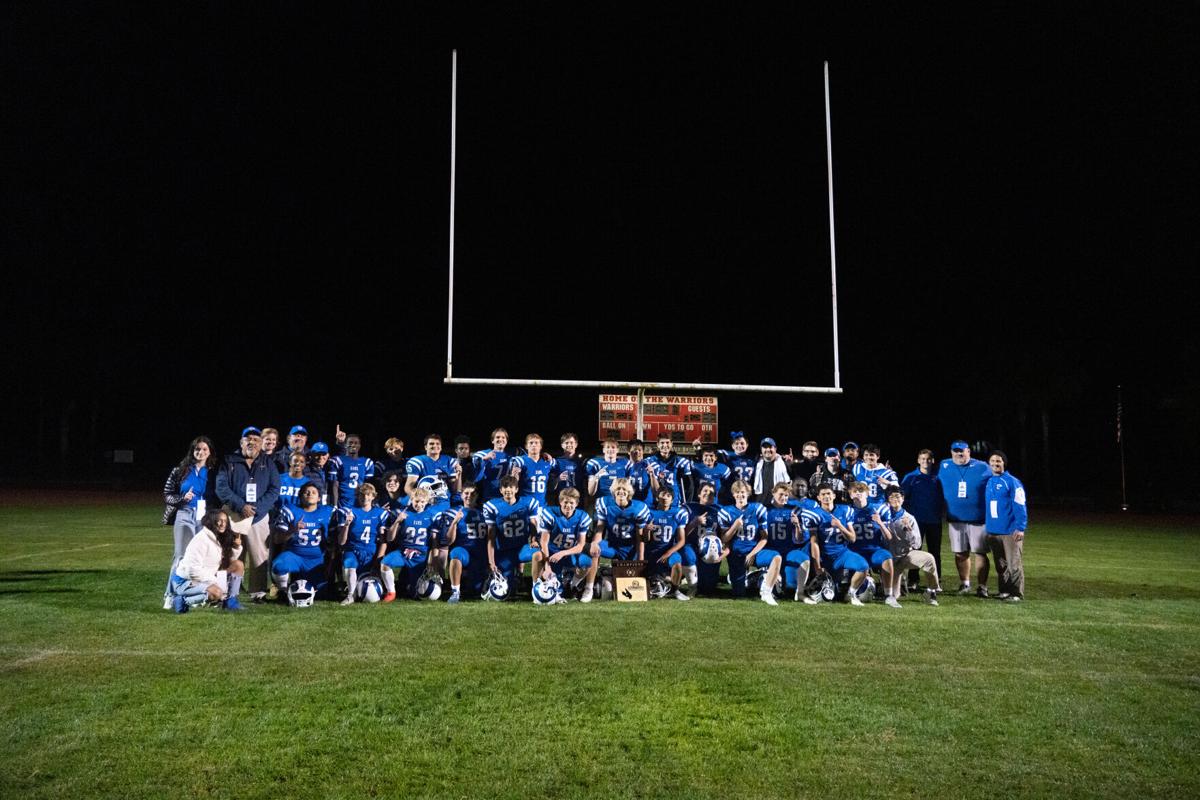 The Cate Rams won the school’s first-ever CIF title in 8-man football at home in Carpinteria. 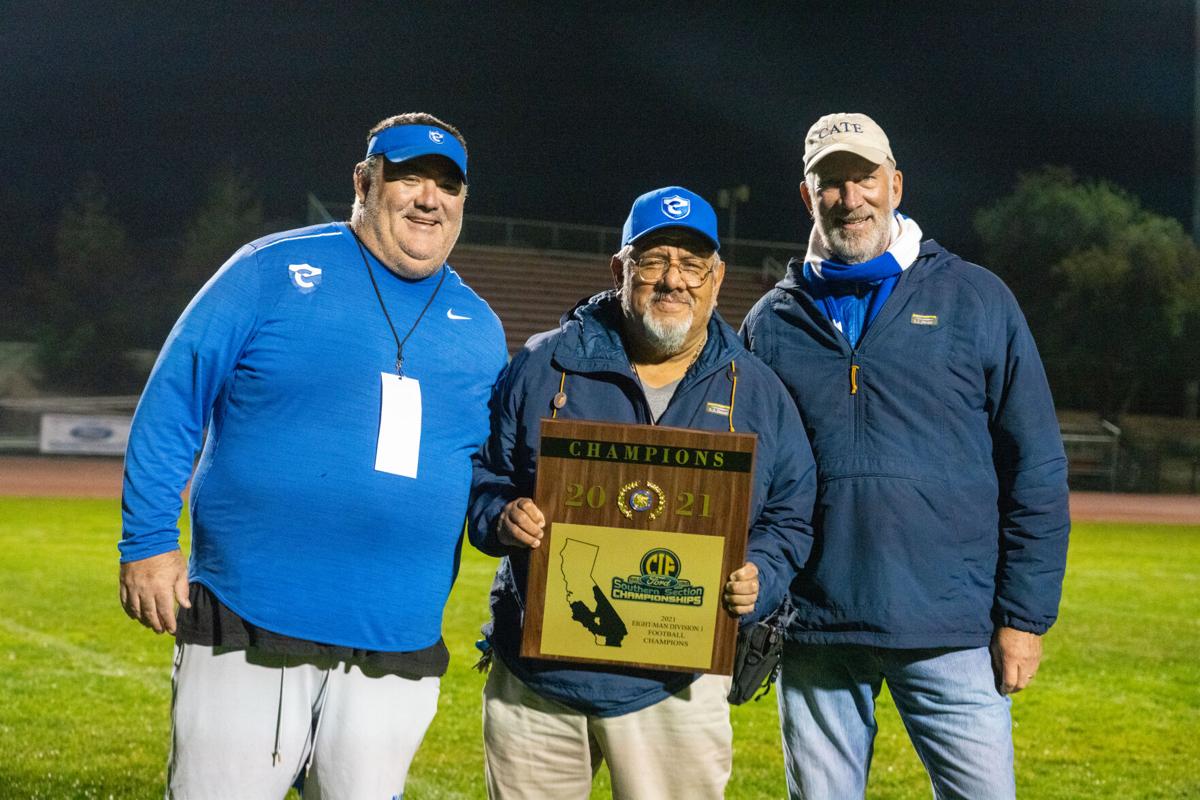 The Cate Rams won the school’s first-ever CIF title in 8-man football at home in Carpinteria.

The Cate Rams are officially the biggest thing in little football.

After a one-loss season – the only loss coming in a 44-40 thriller against rival Thacher – the Rams won the school’s first-ever CIF Southern Section Division 1 Championship in eight-man football with a win over Grace Brethren on Friday.

Cate hosted the game at Carpinteria Valley Memorial Stadium in front of a home crowd, reaching farther than any other Rams team before. The school’s previous best was two semifinal appearances.

Senior quarterback Will Bouma had a storybook ending to an outstanding career, tossing five touchdown passes and running for another two. Four of his touchdown passes came to his receiver, fellow senior Mason Oetgen, with the fifth going to another senior, Matty Holmes.

Cate built on a 12-0 first quarter lead and marched to a comfortable 30-8 score at halftime. Heading into the final quarter, the high-powered Rams moved to a 44 - 16 lead, and senior Ethan Ligon sealed the deal with a final score with eight minutes left to put the Rams ahead 50 - 16.

Grace Brethren was able to score two more times, but the lead proved too much and Cate finished with a 50 - 30 final score, securing the CIF title.

“The seniors on this team, Mason Oetgen, Will Bouma, Ethan Ligon, John Endres, Matty Holmes, Ben Meyer, Aidan Carlander, knowing that this would be their last game, led the way on this historic night,” said coach Ben Soto. “I’m so proud of this senior class for the hours of hard work they put in from the start of the Covid Season that wasn’t, to this year. It paid off for them and for the rest of the team.”

Soto also credited the team’s underclassmen, who played a pivotal role in the team’s success.

Soto thanked his coaching team of Wade Ransom, Juarez Newsome, Craig Bouma, Mel Deaile and Randy Person. He said he hopes to share this win with all Cate players throughout the school’s history.

“It is very important to me to recognize and give thanks to every student who has come through our football program to help build us up to where we are today. My hope is that when they read that Cate has captured the CIF Championship, they say with pride that ‘WE’ won the title.”