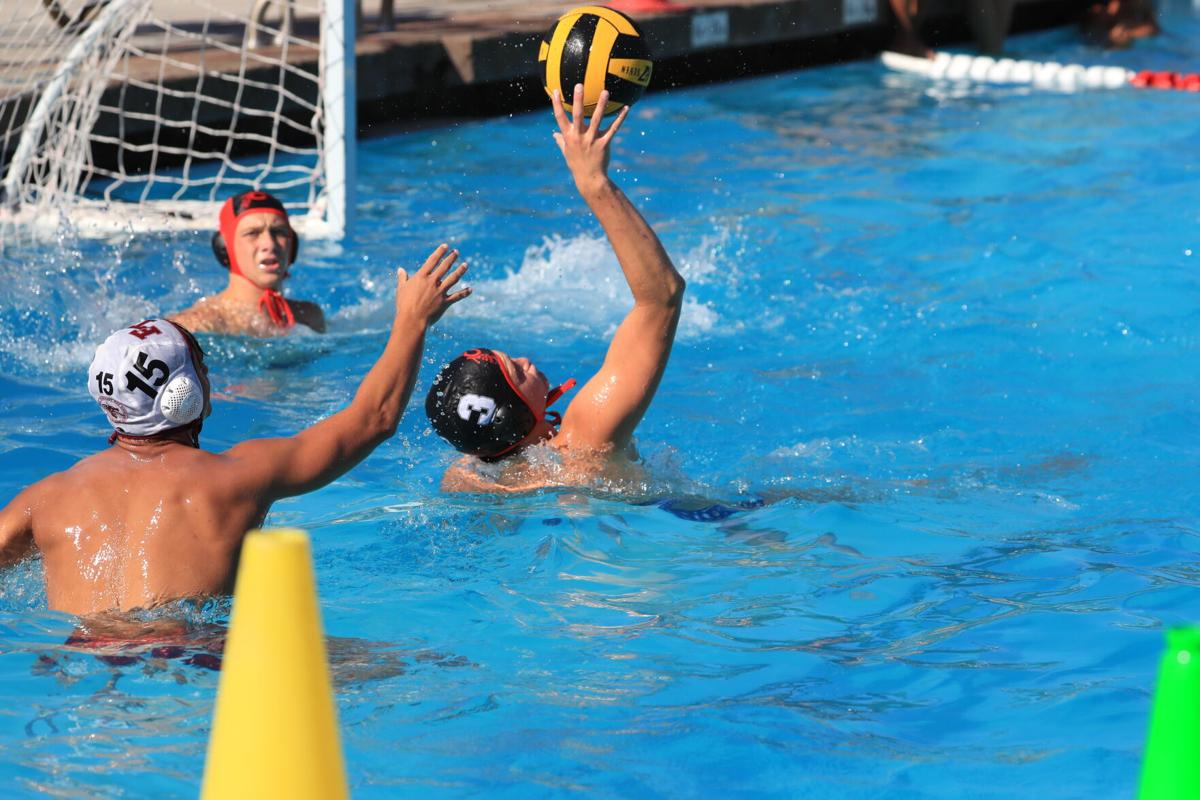 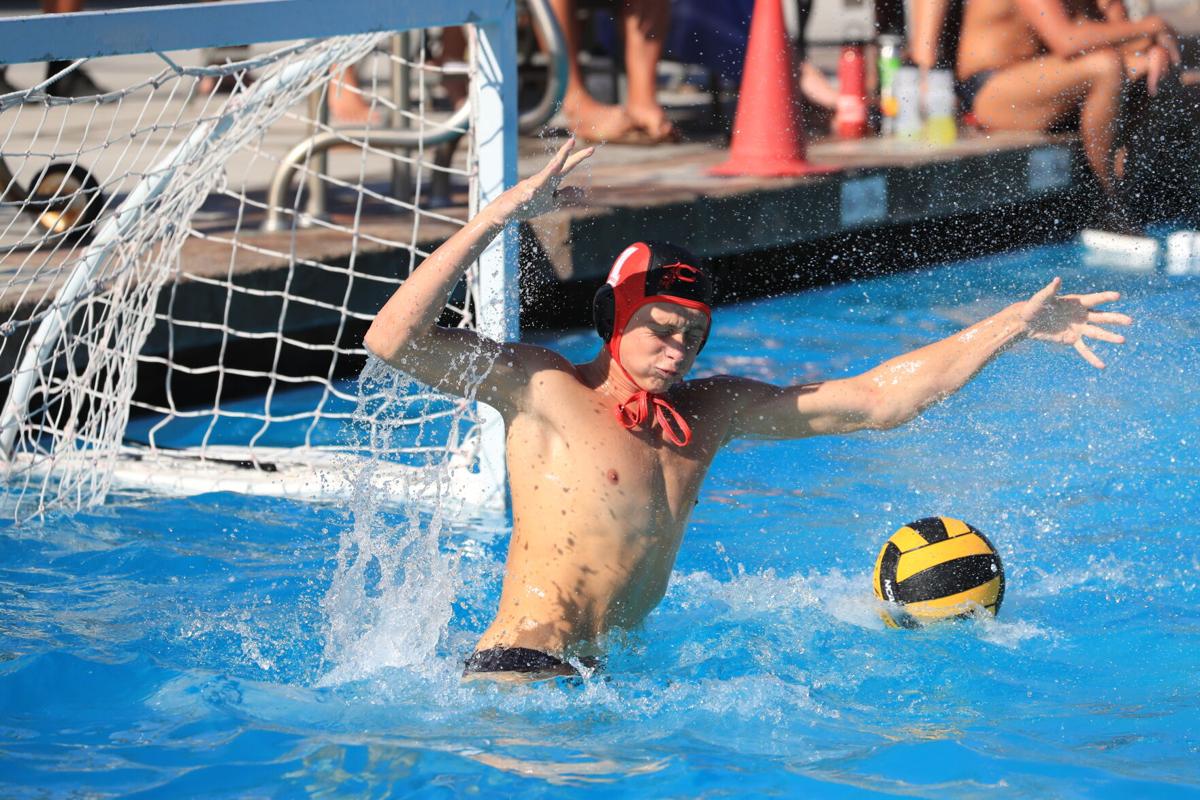 Goalie Jacob Taff has been a brick wall for Carpinteria, with 20 saves in the two wins. 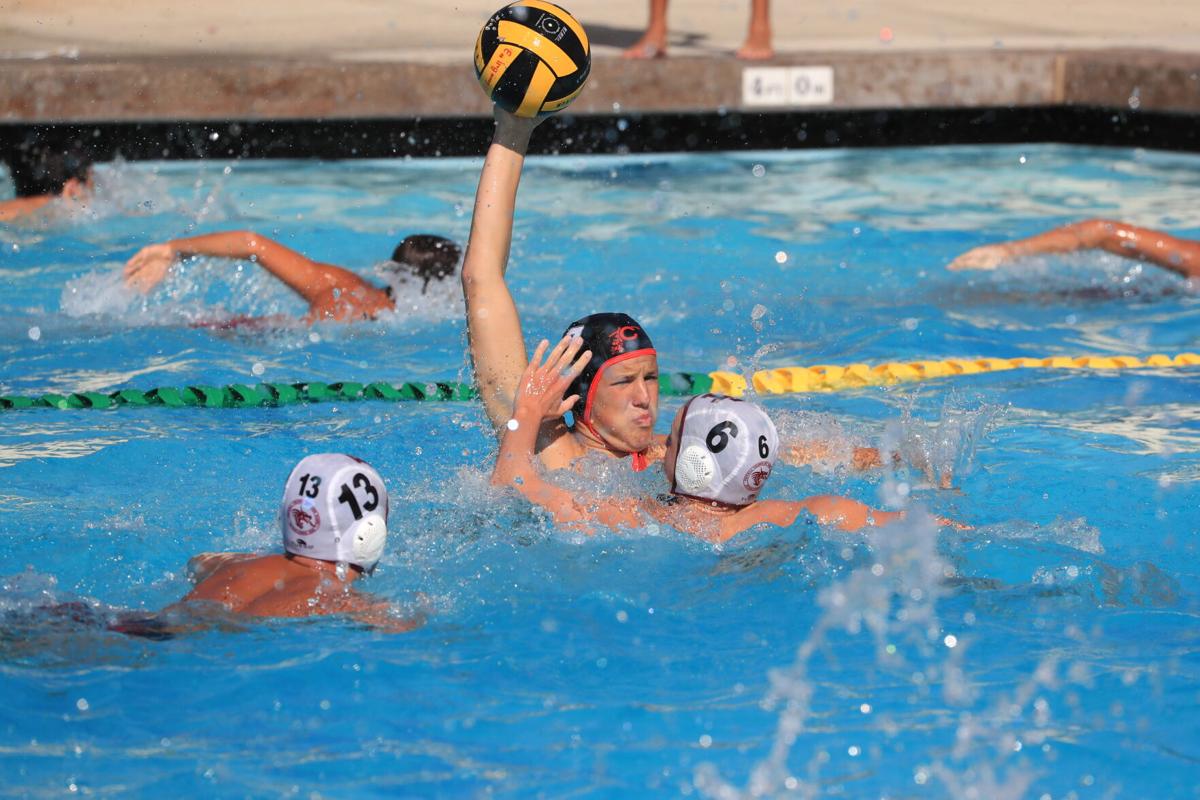 The Warriors have excelled in the pool, earning a #1 ranking in CIF Division 5.

Goalie Jacob Taff has been a brick wall for Carpinteria, with 20 saves in the two wins.

The Warriors have excelled in the pool, earning a #1 ranking in CIF Division 5.

The Warriors boys water polo squad has continued a phenomenal year, notching two more wins to bring them to an overall 9-1 in the first 10 games of the season, along with a hard-earned #1 division ranking in the latest CIF polls.

As of Sept. 20, Carpinteria is the top-ranked boys water polo team in Division 5, an impressive feat given the amount of talent in Southern California, and game after game the Warriors have proved to fight through injuries, illness and early deficits to come out on top – this week’s two wins over Foothill Tech and Buena were no different.

Going into their game against Foothill Tech, the Warriors just finished a tournament in Malibu where the team won three out of four games. A couple injuries were a factor in the game, coach Jon Otsuki said, but the boys persevered and notched a 10-7 victory.

“The Warriors got out to a fast start and ended the first quarter with a comfortable 4-1 lead,” Otsuki said. “Being ahead enabled those injured to rest and the reserves an opportunity for quality playing time.”

Carpinteria controlled the game from start to finish, with sophomore Asher Smith continuing his run as the team’s leading scorer with three goals. Four other Warriors scored in the game: Zach Isaac and Mateo Handall scored a pair each, and Ben Persoon and Reyn Clayton each scored one. Junior goalie Jacob Taff recorded saves on the day.

Two days later, the boys traveled to Ventura to face Buena, a team that is currently ranked third in the division. The matchup proved to be shootout between two of the top ranked schools in Division 5, but Carpinteria was able to come out on top with a final score of 17-12.

“It was a game of momentum swings,” Otsuki said. The Warriors jumped out to a 5-3 first quarter lead, which turned into a comfortable 9-5 halftime margin.

But in the second half, Otsuki said, Buena made adjustments that forced a couple turnovers and fouls and quickly tied the score at 9-9.

After the third quarter, The Warriors held on to a slim 12-10 lead and outscored Buena 5-2 in the fourth.

Handall, the team’s senior captain, dished out a handful of assists and scored two; Smith led the team again with seven goals, with junior Justin Main adding three of his own; Taff tallied eight blocks for the Warriors in the win.

Carpinteria faces Malibu on the road again on Thursday, Sept. 23. The Warriors beat Malibu 9-6 earlier in the season on Sept. 9.