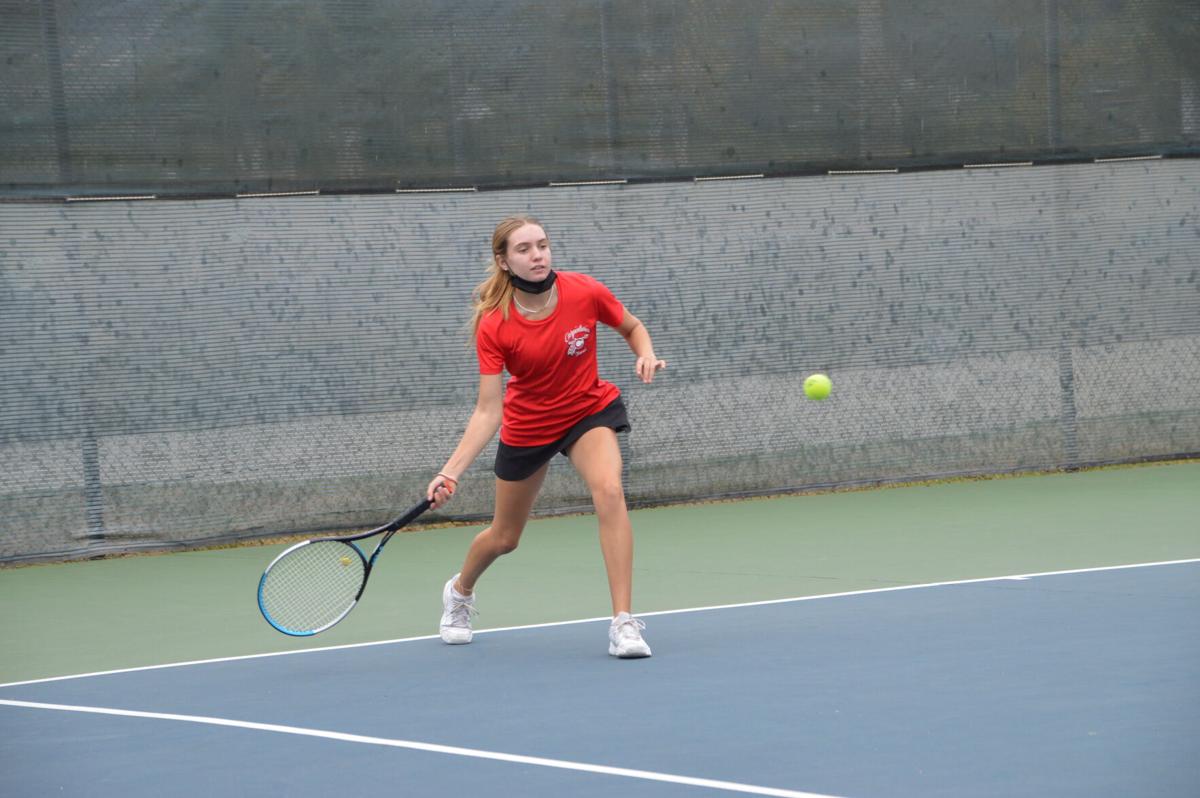 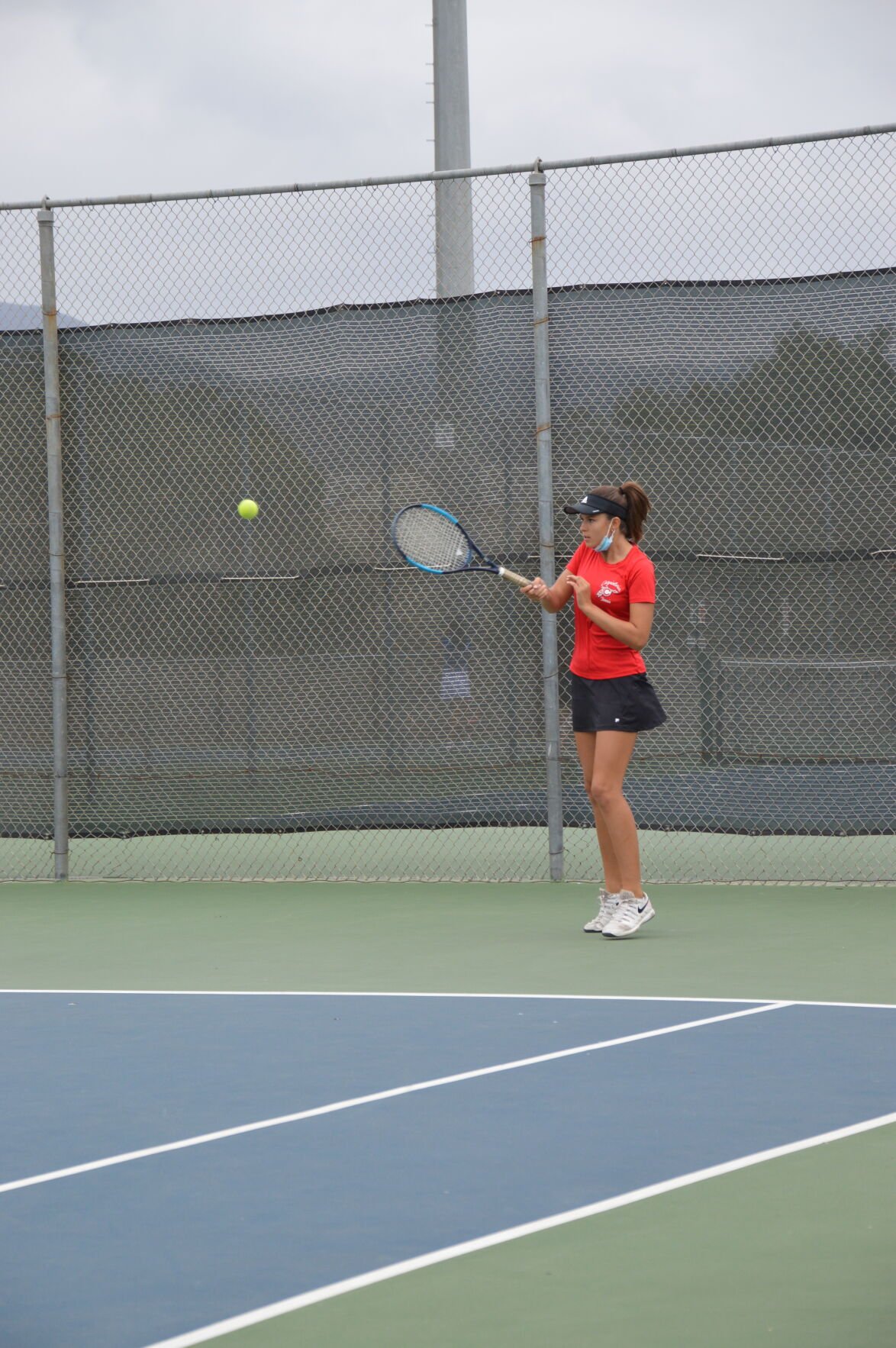 Zahra Porinsh swept her singles games making her a leader in the singles gamut this year for Carpinteria. 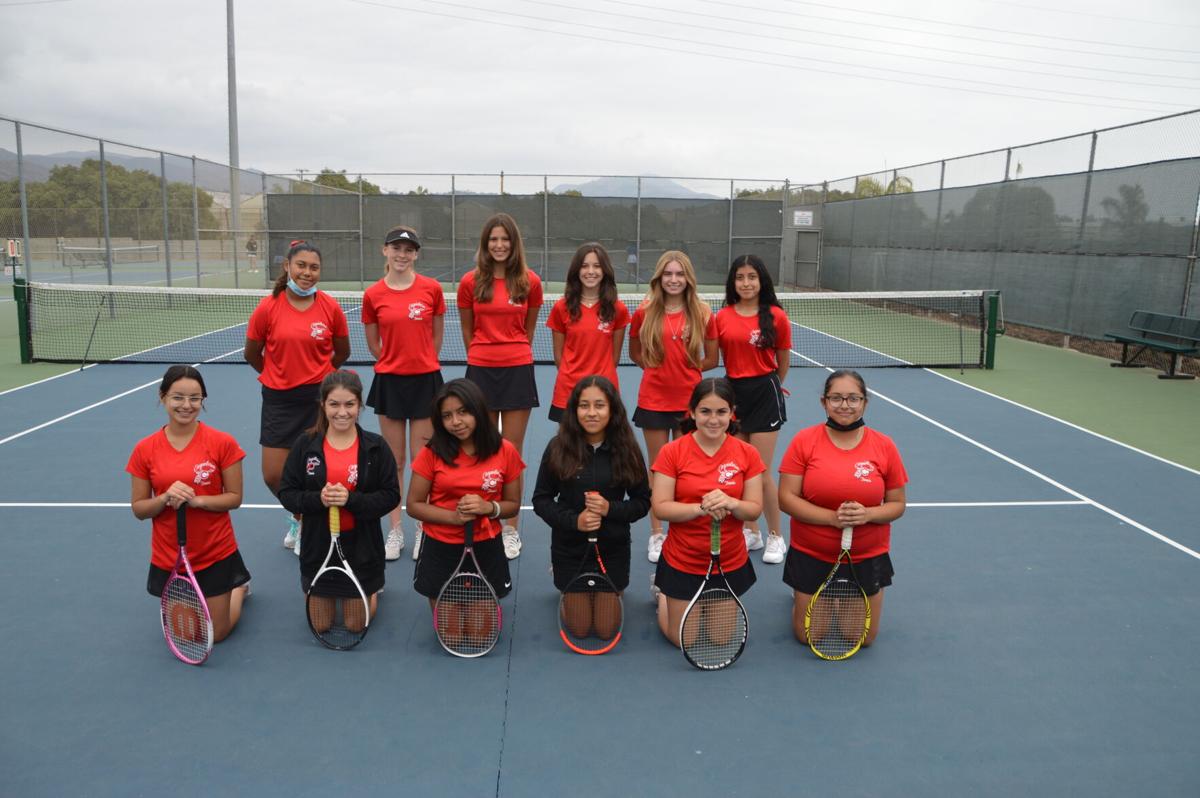 Zahra Porinsh swept her singles games making her a leader in the singles gamut this year for Carpinteria.

After starting Citrus Coast League play this week, the Warriors girls tennis team is on a roll, winning their first two games and earning a #4 ranking in the latest CIF division polls.

“Right now, our whole team is playing well,” coach Charles Bryant said. “We have individuals who have been fairly consistent over the season so far and some others who have really picked up steam and have improved tremendously.”

The first league game was a perfect start, with the girls sweeping Santa Paula, 18-0.

In singles, Silke Leonard and Neida Garcia went 3-0, with Zahra Pornish adding two wins of her own. Sasha Pornish added to the sweep with another win.

“I was really happy with how Neida and Sasha played,” Bryant said.

The doubles team of Cassandra Maya Prado and Natalia Perez went 3-0, as did Natalie Martinez with partner Ariana Lounsbury. Bryant said that doubles play was more aggressive at the net, something he has been pushing in practice.

Perez, the team captain, has also become a voice for the Warriors this season.

“She is a great leader and has really been the driving force behind our team,” Bryant said.

Two days later against Hueneme, the Warriors continued to build on their success, cruising to a 16-2 victory.

I was very proud of the girls today,” Bryant said. “We were very sharp from the start, which has been an issue for us sometimes. But today, the girls were focused and determined.”

In singles play, Leonard and Zahra Pornish both swept their games, bringing their combined singles record to 11-0 for the week.

“Zahra and Silke have definitely been leading us in singles this year, but so has Neida Garcia,” Bryant said. “Her contributions cannot be discounted.  She is picking up quality wins.”

Leonard and Pornish are examples of the team fighting back after a rough start to the season, with some tough non-league matchups that the girls were able to learn from.

“Zahra and Silke have grown a lot this season. Both have improved as far as learning the high school game, which is a lot of variety,” Bryant said. “You can have one round against someone who hits hard and moves you off the court and the next round you play a ‘backboard’ who gets everything back.”

Bryant has made a point to use the team’s skills where they are most needed and said the girls have responded well to adversity this season.

“Certain players are good against certain styles,” he said. “When our singles struggle then our doubles usually fill that gap and lifts the team, and vice versa. They are all working on their games and strokes to be better suited to face and overcome different styles.”

The competitive preseason and non-league matchups were challenging by design, Bryant said, to force the players out of their comfort zones in order to grow and succeed in league play.

“We played some very tough competition,” he said. “I never like to take the easy way out and just go for wins.  I believe we can learn a lot more against stronger competition and dealing with losses.”

Even through the early losses, the Warriors stayed strong.

“The girls never dropped their heads. Ever,” Bryant said. “That’s not easy.”

Now that Carpinteria is in the top five in CIF Southern Section Division 4, the team will try to build on their new success one game at a time.

“I don’t know what the future holds but our girls will battle and compete and that is all I can ask for,” Bryant said.