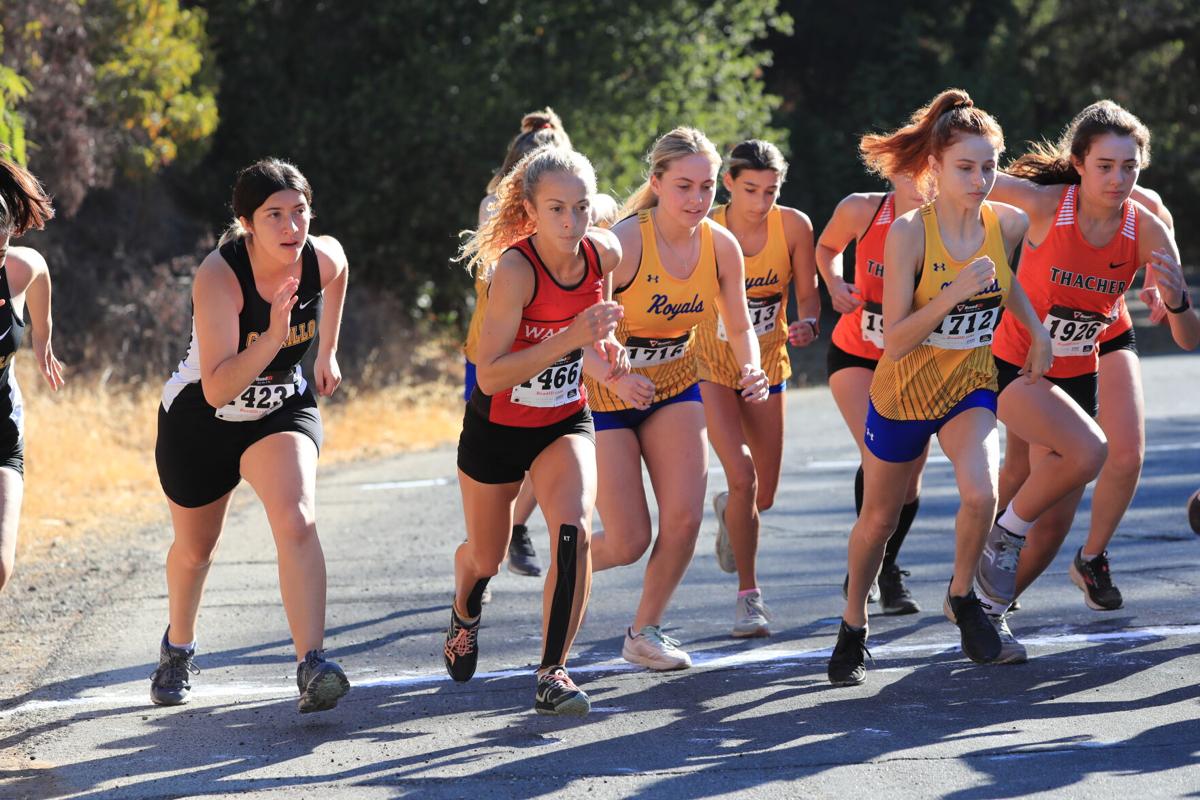 Kate Cooney, second from left, takes off for a grueling 3-mile race in the heat, finishing in the top 15. 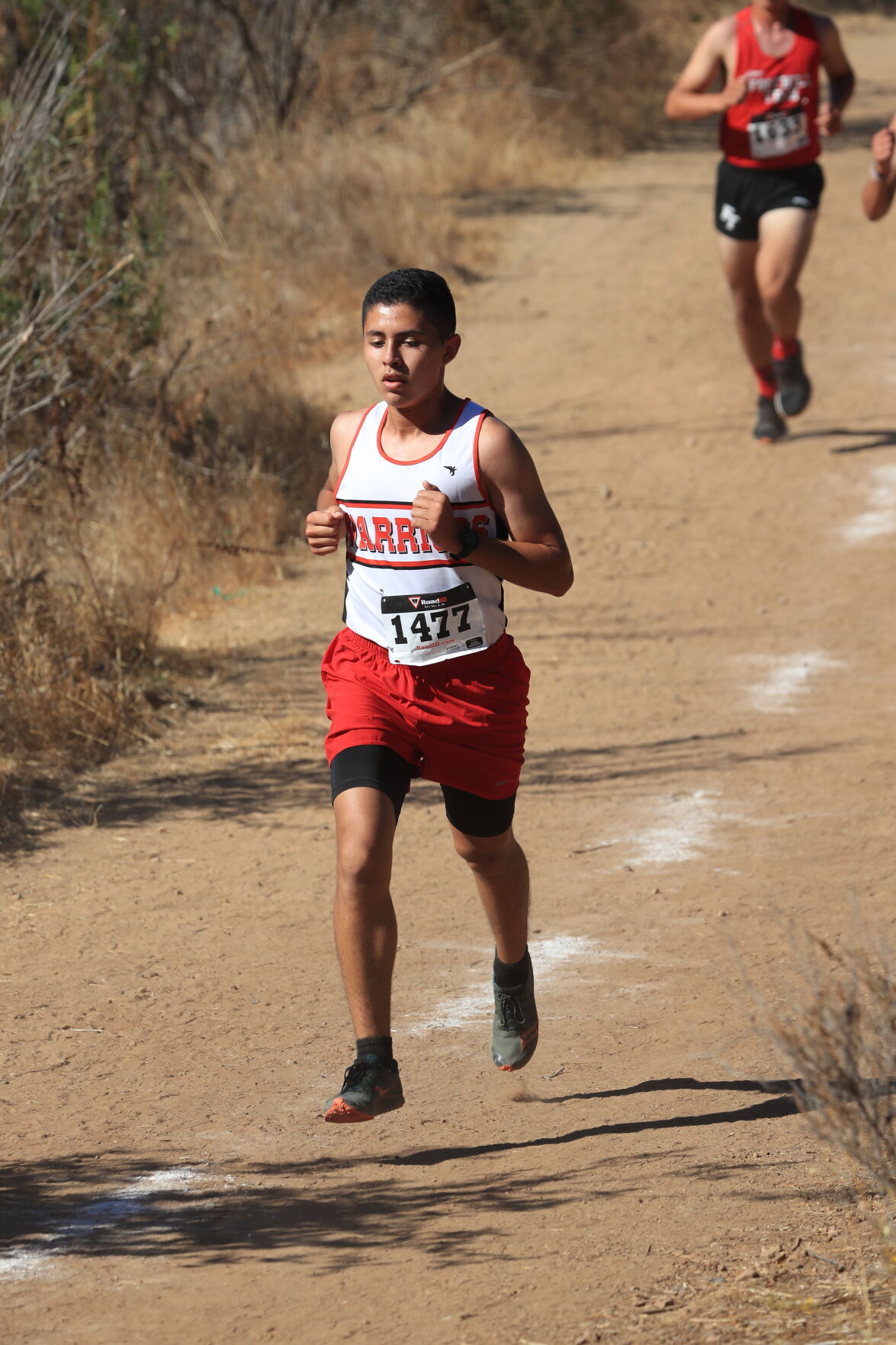 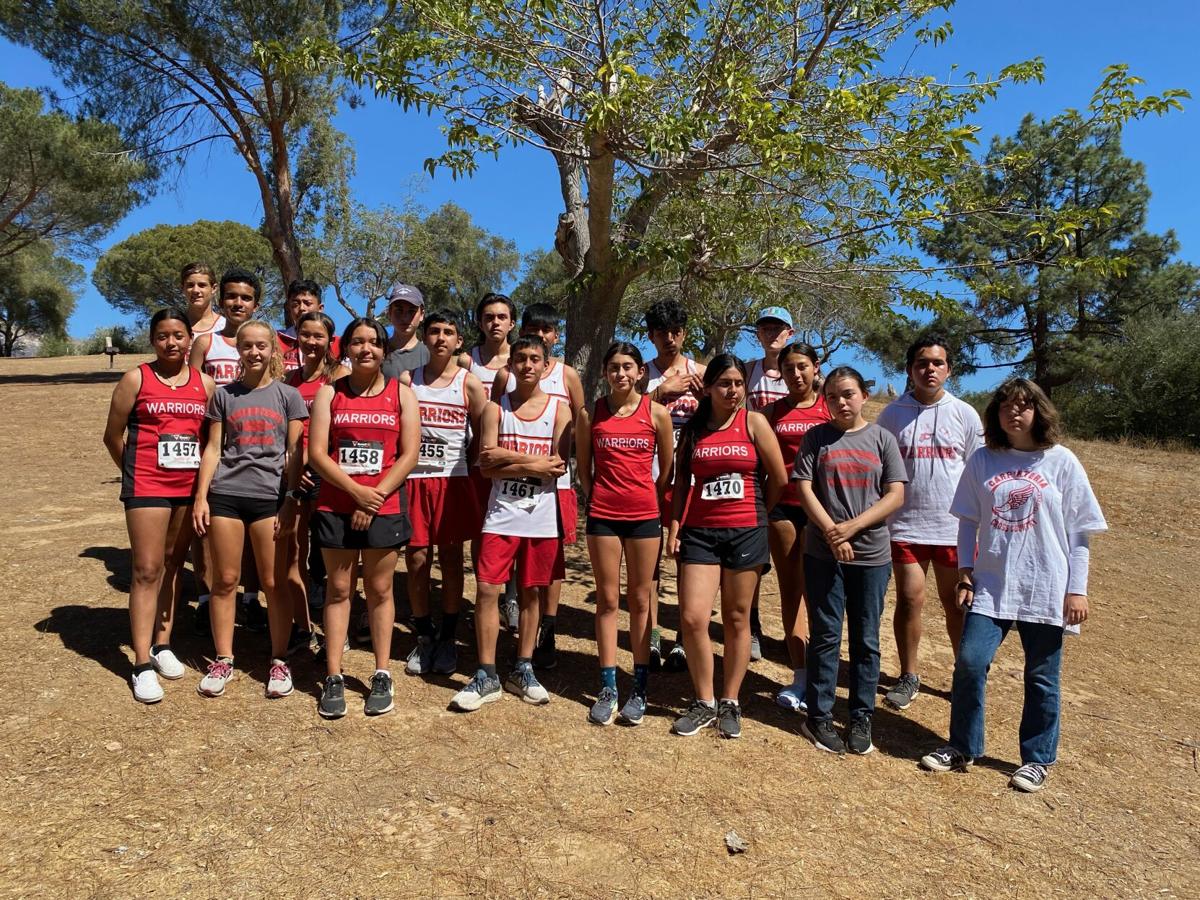 Warrior runners don their colors after the Ojai Invitational on

Kate Cooney, second from left, takes off for a grueling 3-mile race in the heat, finishing in the top 15.

Warrior runners don their colors after the Ojai Invitational on

Warriors fall sports are in full swing, and the Carpinteria cross country squad jumped out for some highly competitive first week action at a Sept. 11 Ojai Cross Country Invitational.

Hundreds of runners lined up for a day of races that began with a ceremonial raising of the U.S. flag to half-mast and a profound rendition of the national anthem, said Carpinteria High School athletic director Pat Cooney.

In a competition where some races had over 120 competitors each, the Warriors were able to snag some top 20 finishes, with Kate Cooney and Eduardo Vences picking up 15th and 16th in their respective 3-mile races. Vences earned a medal, as he placed 16th in a field of 64 with a time of 18:39, while Cooney established a 21:48 personal record and 15th place in a strong field of 84 girls. “Both Kate and Eduardo had a very productive summer of training. They were not intimidated by the hills at Lake Casitas,” coach Angel Silva said. “Kate fell right into position during the start of her race, and gradually picked off a number of runners to finish strong. She ran a very smart race and I’m confident she will carry that momentum into the season.”

He said Vences continues to make big strides and his hard work ethic is beginning to pay off and will help carry him throughout the season.

The Warriors’ girls team had an impressive showing in the 1.9 mile as well, earning a 9th place team finish.

Warm weather tested the runners’ endurance, with temperatures at Lake Casitas reaching 80-90 degrees throughout the day on Saturday. Despite the heat, the Warriors had multiple performances which earned medals in their races.

Hugo Alvarado placed 27th in the boys 3-mile race. In the girls 1.9-mile race, the trio of Warriors Iltze Alvarado, Belen Herrera and Jocelyn Pena placed in the top half in the field of 122.

For the boys 1.9-mile race, another Warriors trio of Peter Campuzano, Alejandro Marin and Ben Smith were in the top 60 runners.

Ten more Carpinteria runners placed in the top 100 of the 1.9 mile-races, coach Angel Silva said, including Oscar Nunez and Chris Ceja, who kept the pace at 66th and 67th place with times of 13:41 and 13:44 respectively.

“We are determined to have fun while working hard toward our goals,” Silva said.

The Warriors will compete next in the Citrus Coast League’s first “cluster meet” on Sept. 16 at the Fillmore School Farm, Silva said.