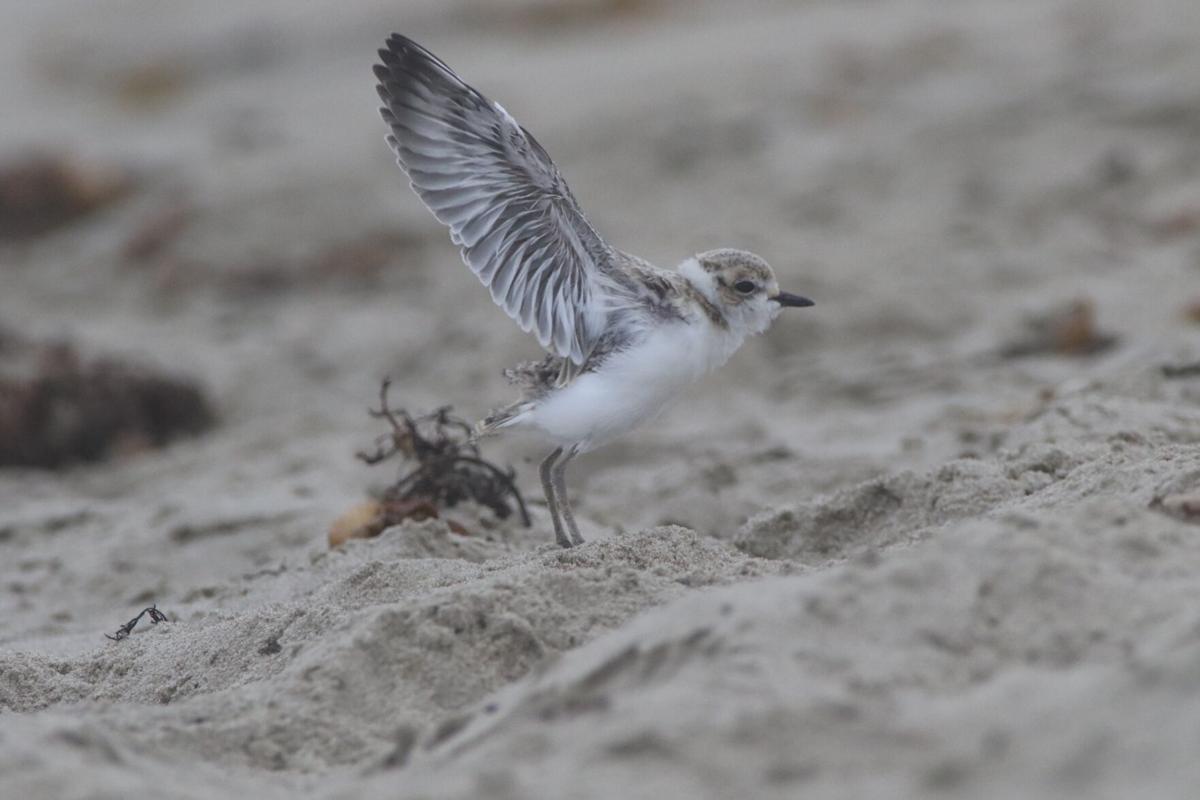 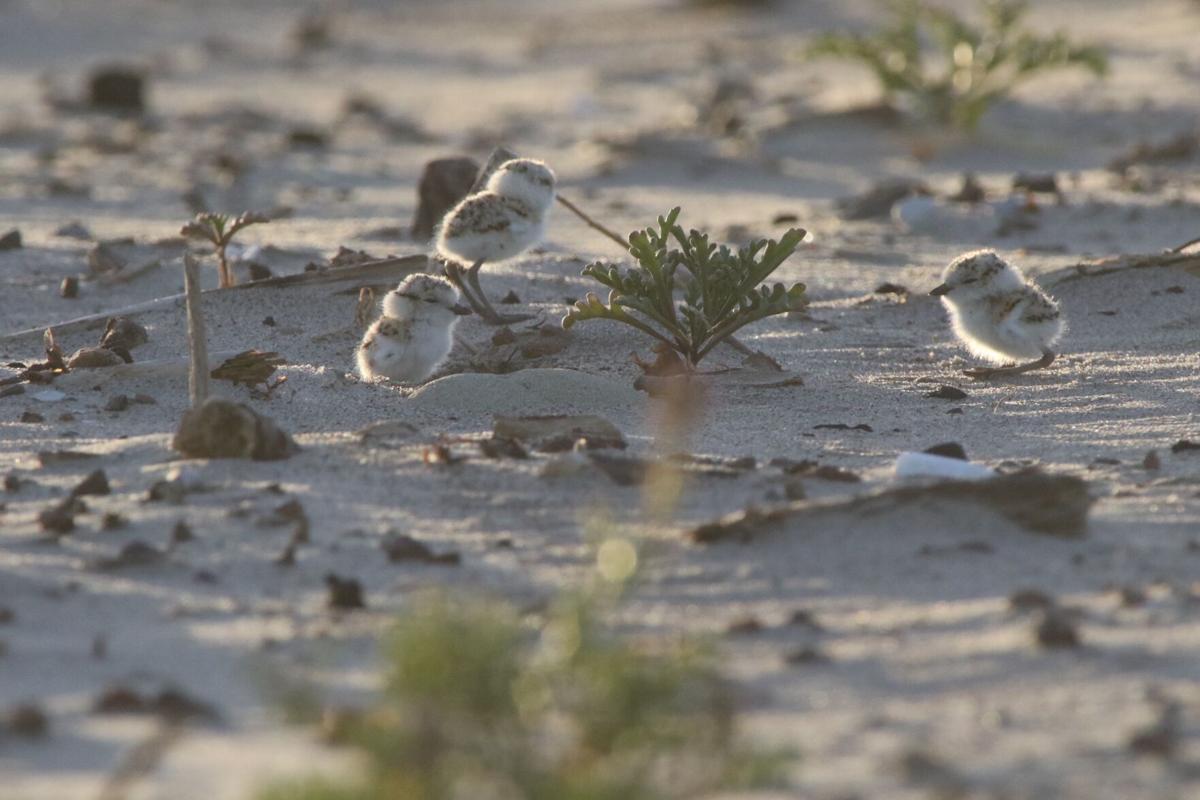 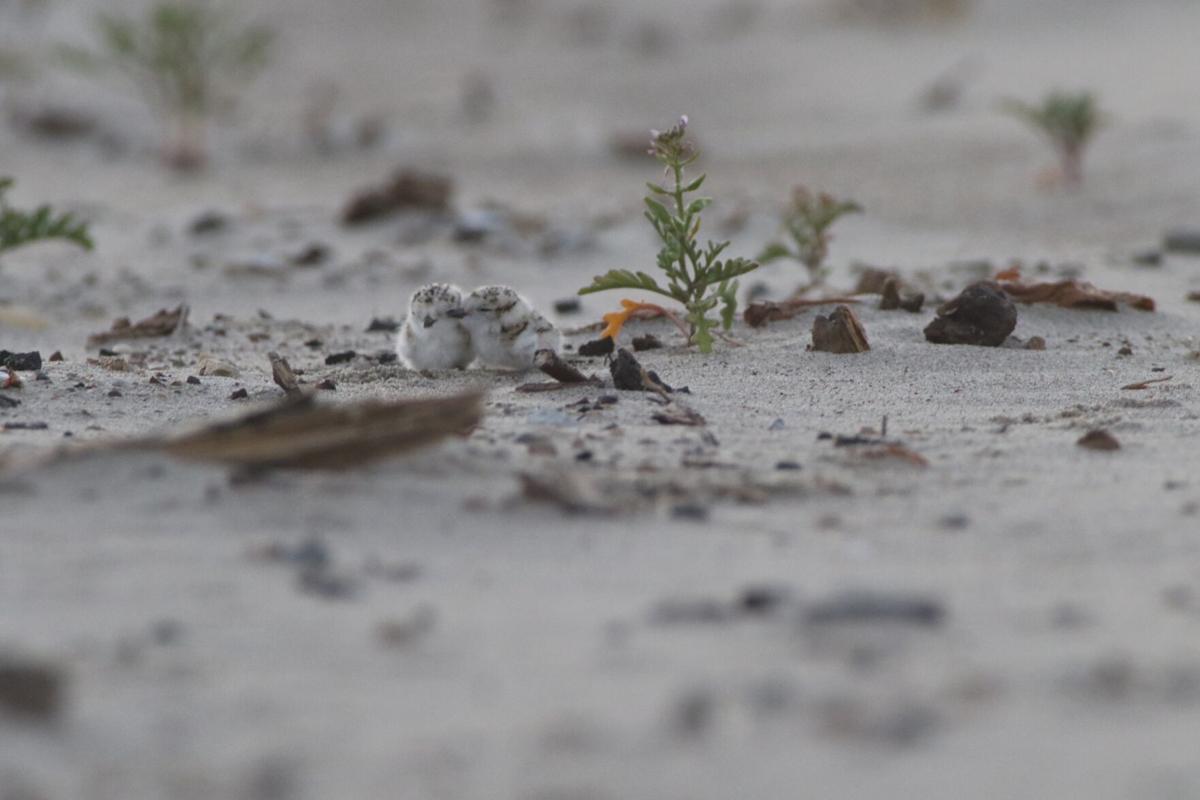 Two plover chicks nuzzle each other, fending off any morning chill.

Two plover chicks nuzzle each other, fending off any morning chill.

Approximately two hours of light remained when I left ragged Kinton Point on the western fringe of Santa Cruz Island. Sea conditions across the Santa Cruz Passage were sublime – glassy, flawless and without swell, a rare sight indeed. It looked really good with sunset approaching over Santa Rosa Island looming on the horizon. I aimed my kayak for the long, gritty finger of Skunk Point six miles away. When I finally landed just before dark, the beach began to shift.

With dusk weighing heavy on me, sea salt-crusted eyes and general fatigue settling in after a full 28 miles of paddling, it was a challenge for me to decipher what I was straining to see. When I got down on all fours, I realized then that it was a colossal squadron of western snowy plovers, all picking up at once – one of the heartiest shorebirds anywhere enjoying a deserted beach. It’s the only location across the entire Channel Islands National Park chain where I’ve seen them in great numbers and for good reason. Every day they experience an undisturbed habitat. They enjoy a monumental flotsam of bleached driftwood and mounds of tattered kelp loaded with a smorgasbord of kelp flies and beach hoppers. There are no people.

So, it was a pleasant surprise this past spring, while running with my head down in soft sand first on the City Beach in Carpinteria, then the State Beach, when I ran into the roped off area between the Carpinteria Creek and Tarpits protecting a western snowy plover nest just beyond the high tide mark. It was the third week of May, and the three olive-colored, speckled eggs were protected by a cage to fend off raccoons, skunks, crows and gulls.

Pure joy and excitement settled in, but so did a bout of anxiety for these tough little shorebirds who hadn’t realized a successful nest on the Carpinteria State Beach since 1960. When I first laid eyes on the nest, the challenges of survival mounted with every incoming tide. It would be a daily gauntlet on one of the more crowded and popular beaches and campgrounds in Southern California. Yet, the male and female felt that innate urge to nest on a beach that once flourished with plovers.

“Western snowy plovers were once more widely distributed and abundant in coastal Washington, Oregon and California, and they definitely have an innate understanding of what to look for when selecting a site to breed,” said David Sherer, wildlife biologist with the U.S. Fish and Wildlife Service in Ventura.

“We may not always understand their choices, and I’m not sure what drew this pair to the beach at Carpinteria, but they saw something that we didn’t that made the decision to nest there pay off.”

On the morning of June 8, just after 8 a.m. the three eggs hatched, right out of the eggs the chicks were mobile. A little wobbly on their long legs, the chicks were quickly feeding on kelp flies and beach hoppers and watching over them was their fearless, vigilant father. Their mother was long gone, leaving right after her brood was mobile, only to start another family on some other distant shore.

It was amazing having three eggs hatch, but now the hard work ensued. All day every day the protective father warded off a throng of threats to its chicks. During one 40-minute stretch, I watched it thwart four attempts by marauding crows. Relying on its broken wing phase, the western snowy plover dad successfully lured the predators away. The same occurred with a western gull that wandered inside the perimeter of the roped off area. The dad also had no problem putting itself between dogs (not allowed on the State Beach) while its chicks concealed themselves in mounds of giant bladder kelp and European skyrocket. Sometimes the plovers’ best defense was standing firm and utilizing their camouflage on the windswept beach.

That went on for 30 days until they fledged, on their own, leaving the protective wings of their doting father. That meant surviving the summer crowds, the Fourth of July festivities and the ever-present gulls and crows. Every time I went for a visit I braced myself for not seeing all three chicks and the dad. However, they got a big helping hand from the State Beach lifeguards who gave these shorebird summer stars a boost in survival. Every day the lifeguards coned off a wider perimeter beyond the roped area, extending it down to the water’s edge with no one allowed to walk through the plovers’ turf.

In the meantime, the dad continued his ardent watch over his growing cotton fluffs with long legs and overgrown feet, something they were born with but serves them well in survival.

On July 9, the more adventurous chick of the three flew off. On July 13, the dad was still watching over the remaining two chicks, but a couple days later they were all gone. Nesting season for snowy plovers stretches into September, so the roped off area will remain until then.

“It’s my hope that we see more plovers return to their historic nesting sites at Carpinteria and elsewhere,” continued Sherer. “These little birds are very charismatic and capture the hearts of those who work with them. The public, too, is increasingly interested in conserving our natural heritage, which plovers are a part of, and there are easy steps we can all take to be good neighbors for plovers and other beach nesting birds. Keeping dogs on leashes, respecting the boundaries of nesting areas, and picking up after ourselves (to avoid leaving tasty treats that might attract predators) are all simple ways that we can better share the shore with wildlife.”