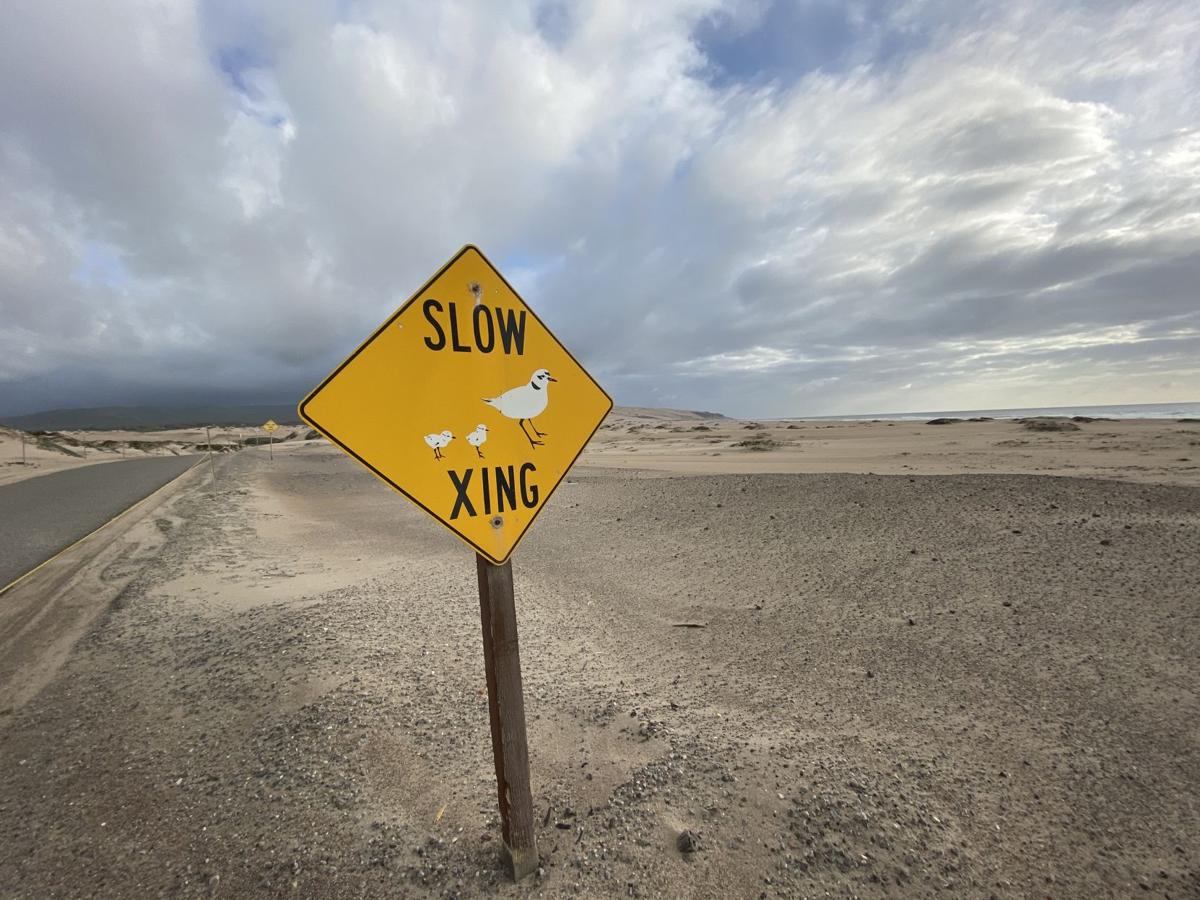 A signpost in the dunes signals that western snowy plovers cross here. 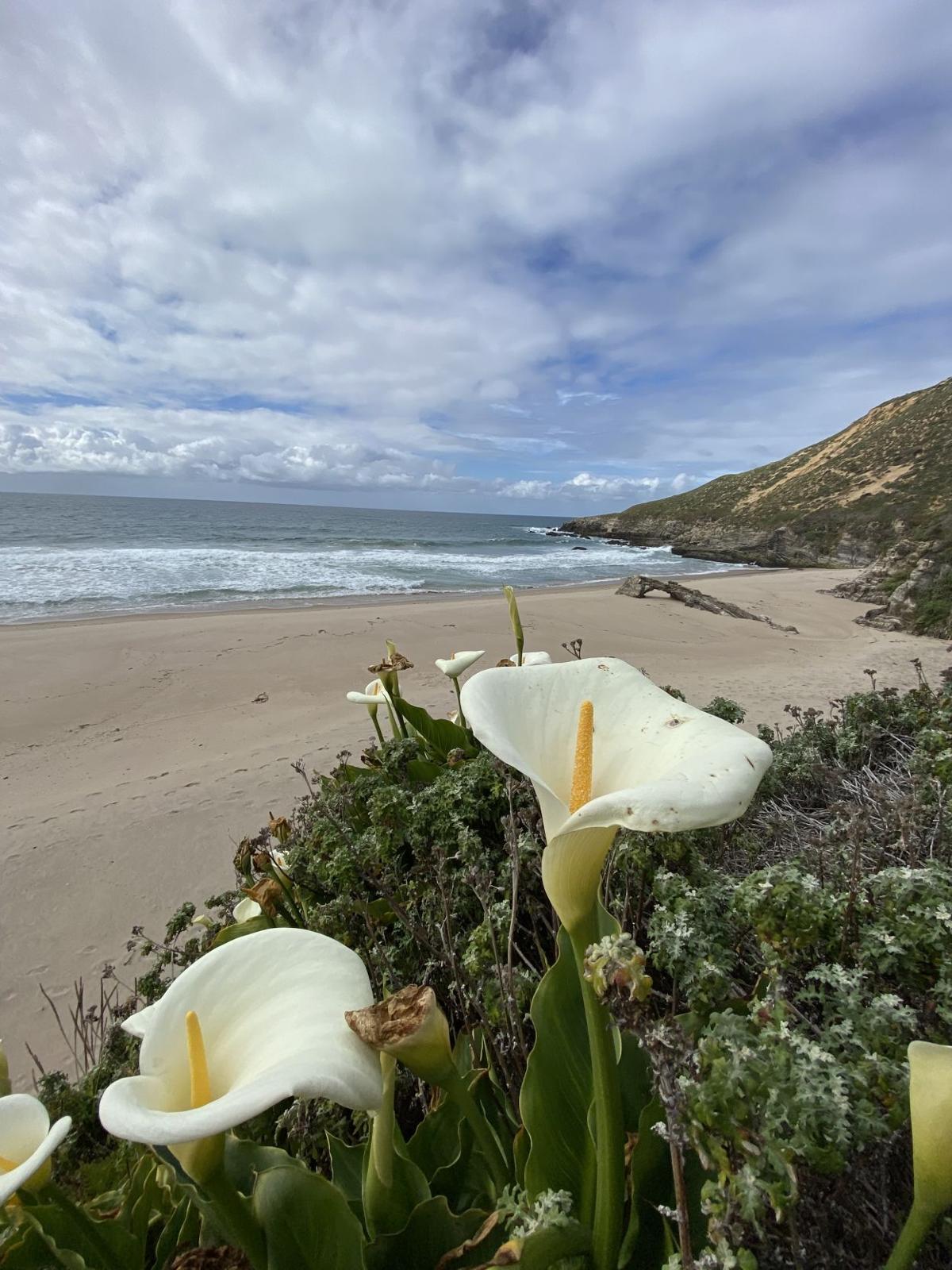 A signpost in the dunes signals that western snowy plovers cross here.

The ticks were moving up my pant legs faster than I thought after tiptoeing across a year-round spring that flows to a deserted beach located south of the Guadalupe-Nipomo Sand Dunes National Wildlife Refuge. Unfortunately, I’ve always been a tick magnet, and at times have found them on me in unspeakable places following a trip days later, so I didn’t panic when the 3-to-5-milimeter-long arachnids were merely scaling the exterior of my canvas pants.

Once, a few years back, I counted 19 ticks on my legs after walking across the same spring along that lonely stretch of the Central California Coast. I managed to rid myself of that army of ticks then and the ticks in between while shooting photos of dune poppies, giant coreopsis and wild lilies just 10 days prior to writing this column.

At the same time, I was mulling over the concept of social distancing, ditching crowded venues for self-quarantining at home, when really the best place to do this has always been the woods, the islands, the mountains. Thankfully, gratefully, we have an abundance of great escapes well within reach. When it feels like the world is spiraling out of control it’s all the diversity of habitats in Santa Barbara and Ventura counties that beckons. Unfortunately, it takes a global catastrophe to sometimes realize our best escape is within spitting distance.

The dunes are still one of the best kept secrets in Santa Barbara County. Over the last 25 years, the most people I’ve seen out there at one time is maybe five individuals. Most every trip I’ve taken out there, it’s just me. When the striking pink and orange hues of first light sweep across a wind-groomed dune crest, it’s magical—and again, when the sun sinks in the west and shadows creep across the sand.

Coastal wildflowers are a hardy bunch on the Guadalupe Dunes. Ravaged by perpetual, howling northwest winds and stinging sand particles, dune dwelling flora over time has adapted to the thick salty air and relentless winds. Whether tucked at the bottom of a dune trough or at the top of a dune crest, there’s no escaping these winds, monstrous gales blasting their way off craggy Point Conception, the Western Gate, and keeping up steam in the Santa Barbara Channel. My most recent trip revealed giant coreopsis, Indian paintbrush, silver lupine, sand verbena and more.

The dunes are always mesmerizing, photogenic and provide a good workout with my 30-pound camera pack on my back. The tallest dunes are 500-feet and steep, literally towering over the deserted, driftwood-strewn beach south from the carpark to Mussel Rock.

Hardy flocks of shorebirds also call the dunes home. That’s especially true of the western snowy plover—the dunes being one of the last, best bastions of this threatened shorebird. With their feathers being the same colors of the beach sand, they are perfectly camouflaged. They don’t migrate, so these year-round residents hunker down during the winter seeking shelter amongst a constantly reconfigured stretch of coast littered in driftwood, marine mammal carcasses and gnarled strands of kelp.

Western snowy plovers don’t build nests. They’ll seek a small depression in the sand well beyond the wrack-line of the most recent high tide mark. The wrack-line is where they typically feed on beach hoppers and other beach-going insects.

Paradise is where you find it

The first 100 feet of my ascent was in knee-deep sand, a lot of three lunges forward and then sliding back some. Before eventually going barefoot, I emptied my trail shoes seven times during the eight miles of soft sand dune dwelling, so I was a little stubborn.

Once at the apex of the tallest dunes, I always seek out the best route, meaning the most compacted sand. Recent rains aided in that search and before I knew it, I was gazing across Paradise Beach and all the way out to Point Sal.

The descent to the beach was roughly 500 feet; big, long strides had me at the spring in a couple of minutes where I could hear water drops splashing on the sand. Wild lilies clung to the edge of the weathered bluffs. South winds had the ocean in tatters, but the migrating surf scoters bobbed in the choppy seas without a care, while a red-tailed hawk soared over the dunes. No one around, not a visible footprint on the deserted beach, social distancing on a roadless stretch of coast was sublime.