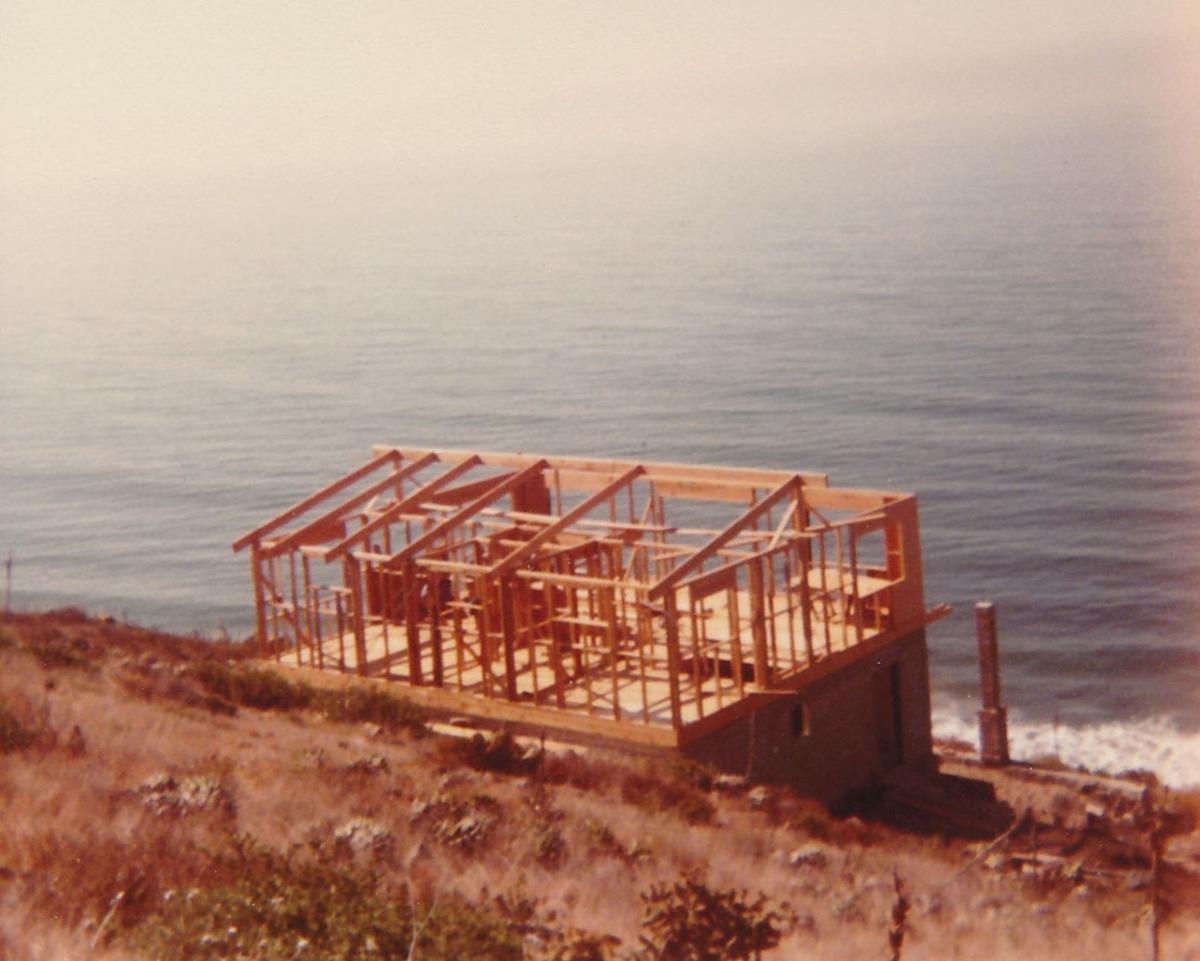 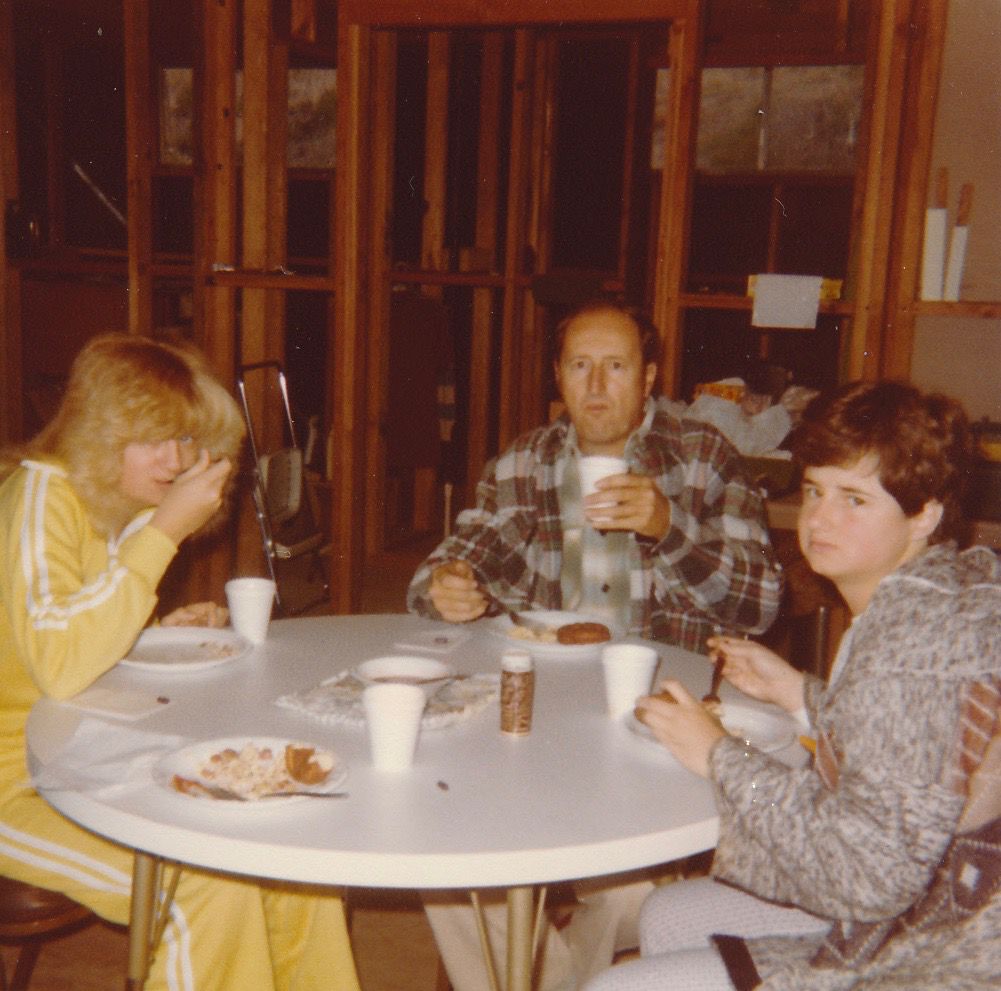 Lisa is with her sister and father, enjoying the first breakfast in their ‘see-through’ house, December 1981.

Lisa is with her sister and father, enjoying the first breakfast in their ‘see-through’ house, December 1981.

The stories of our lives come from what we’ve done and where we’ve gone. But more than likely, the dearest memories are mined from within the walls that cocooned us from the outside world. And sometimes those memories come from how those walls came to be…

It started in the late ’70s with an invitation from my mother’s cousin for my parents to visit him for a weekend at his casita in Campo Lopez, less than an hour below the Baja border. My dad was reluctant at first, unsure of what the conditions would be, but once they made it to the house, saw the ocean view, and had an action-packed weekend of socializing, fishing and clamming, they were hooked. For a few years they continued visiting Cousin Dickie, and during that time they decided to do something they never thought was possible—build a vacation retreat of their own.

Campo Lopez sits on a narrow shelf of land steeply cascading down the hills to the ocean. The area used to be a farm, managed by a man named Lopez. The owners of the land had told Old Man Lopez to take care of the area, but they really didn’t care much about it since it wasn’t profitable. In the ’30s and ’40s, Californians started coming to the area in their trailers to camp and fish, and after a while they asked Lopez if they could pay him rent to leave their trailers onsite. Agreements were made, and Campo Lopez took its first steps towards domestication. Soon, the surfers started coming, too, making the address of K-55 well-known within the breaker crowd, and the owners of the land perked up at the growing income from their hard-clay soil.

When my parents decided to build their own house, they chose a lot just down the road from Cousin Dickie, at the southern-most end of camp. As my dad tells it, “Vicente Vargas was our contractor and I think our house was his first job. I think he was a friend of the Lopezes and was working around camp and that’s how we met him. We asked if he could build the house and he said, ‘No problema.’ No problema—we heard that so many times we ended up naming the house that. Lombardi’s Casa de No Problemas.”

Of course, there were problems. That hard clay soil makes a sloppy mess when the rain comes before materials are delivered. Concrete walls blew over in a stiff wind. Contracts needed renegotiating. And with no electricity in camp, generators had to be relied upon. But everyone persevered, and in late 1981 the crew finished the framing and roofing of the house and handed the baton to my folks to finish off the inside.

My sister and I were along for the first move into the house. My dad and I drove down in a U-Haul stuffed with used furniture, second-hand kitchen cabinets and appliances, and building materials, while my mom and sister made their way in the pickup truck. “All we had at first were kerosene lights and the Coleman stove,” my dad said. “It was like camping inside, but it was fun.”

We arrived the day after Christmas and stayed until Jan. 2, and during that time we started insulating and drywalling the interior walls and ceilings. I was a sophomore at UCSB at the time, and what I learned from that experience was I did not want to be a drywaller. Especially for ceilings.

It’s been 38 years now since that first overnight stay at La Casa de No Problemas, all those years my folks spent finishing off and making improvements on the house, always with an abundance of recreation and relaxation. It’s still here and we’re still here, right now as I type these words—being and doing what my folks had hoped for. A place to retreat from and recharge for the world we live in. This home has come a long way since kerosene lamps and a Coleman stove, and next month, I’ll share some of the memories we’ve made in our little house by the sea.

Lisa Lombardi O’Reilly has lived in Carpinteria since 1997 and is a personal and family historian specializing in making heirloom books out of life stories. She is a member of the Association of Personal Historians, the National Genealogical Society and the Association for Professional Genealogists. For more information, visit yourstorieswritten.com and facebook.com/lisa.lombardioreilly; send an email to lloreillybooks@aol.com; or call Lisa at (805) 680-7375.

Last month I wrote about La Casa de No Problemas, the house my parents built in Campo Lopez, Mexico, in 1981. The home has given my family nea…