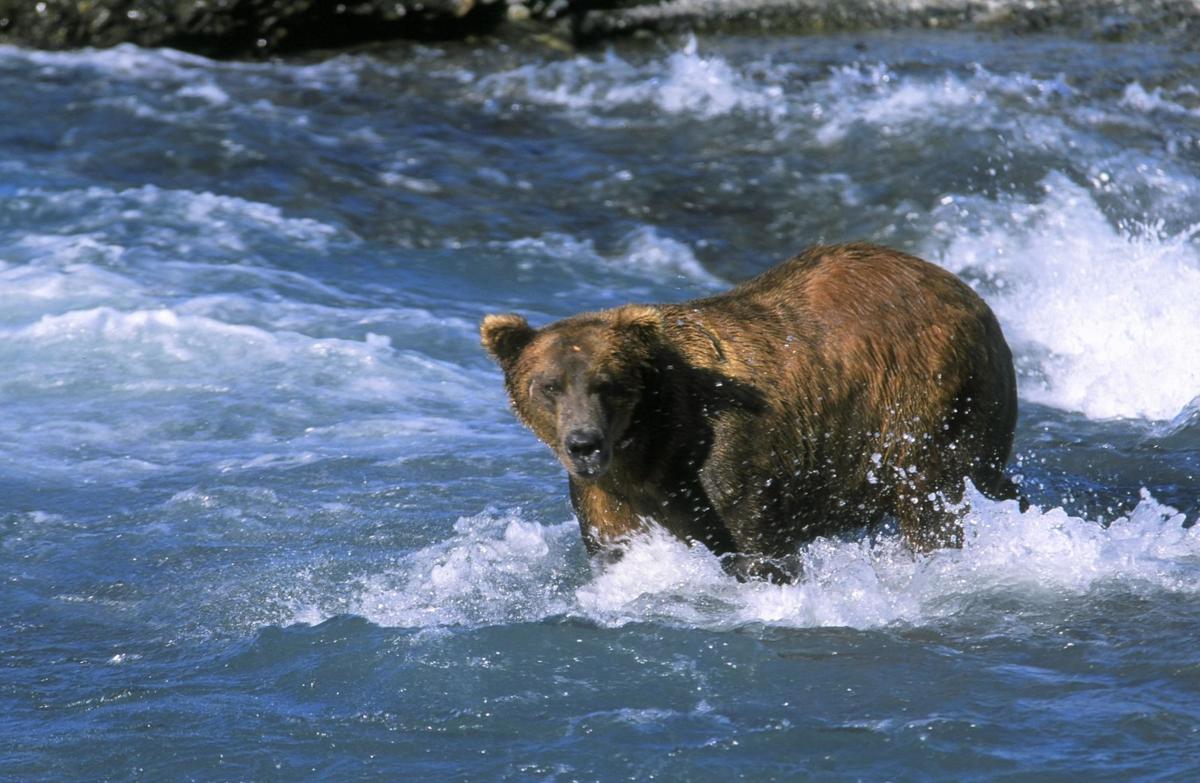 A grizzly looks for salmon in McNeil River, Alaska. 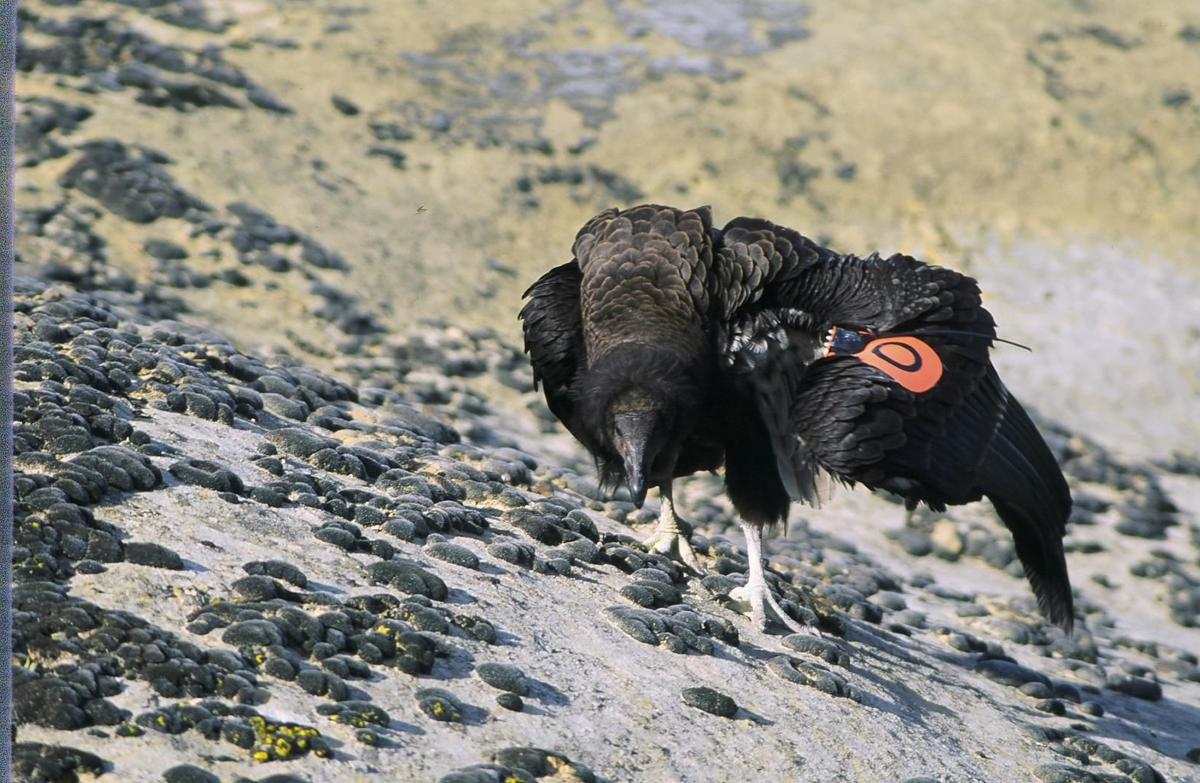 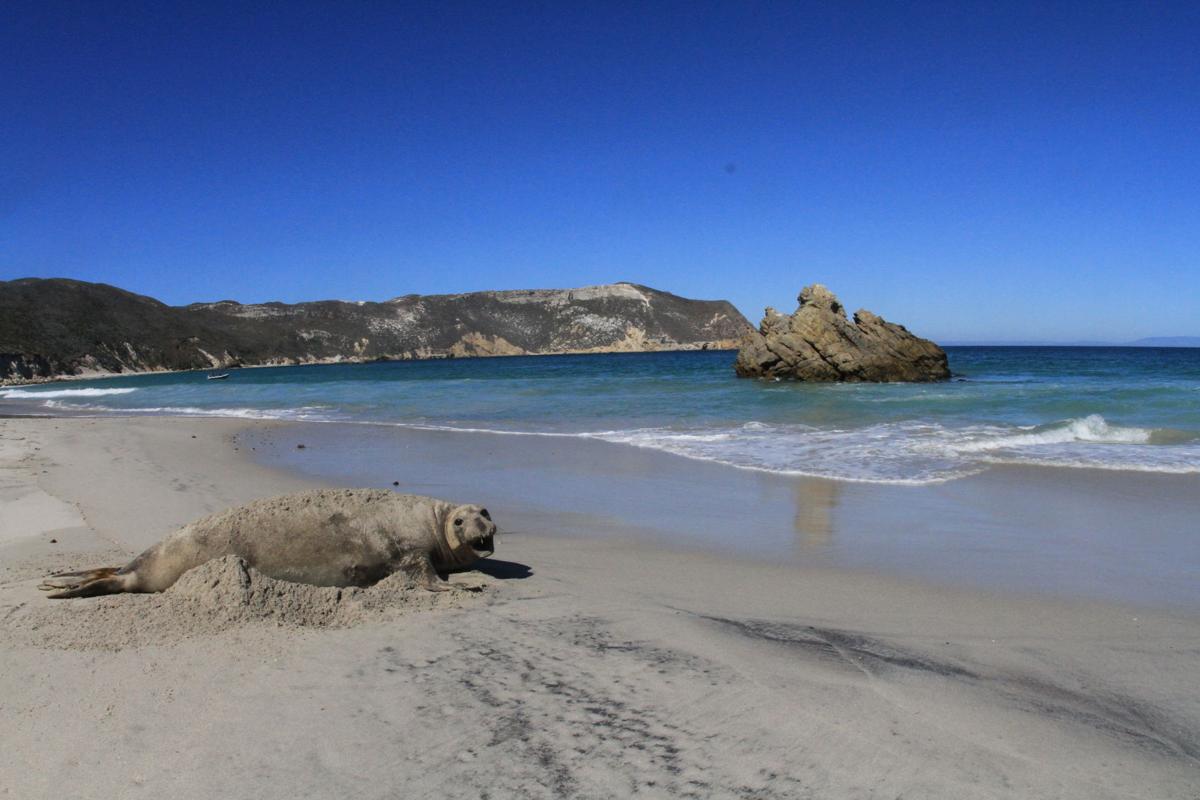 A grizzly looks for salmon in McNeil River, Alaska.

I wasn’t sure what was going on with the juvenile California condor, but I couldn’t shake the velvety-feathered scavenging raptor.

Its face was jet black, unlike all the pink and pumpkin-colored mature condors that had congregated on the gritty sandstone plateau deep within the Sierra Madre Mountains of the Los Padres National Forest. Condors are curious birds to begin with, but this youngster was especially inquisitive and followed me wherever I went through the sandstone cathedral of Lion Canyon.

It flew at me several times, forcing me to duck into thick chaparral. When I was out in the open on the sandstone slabs, it nimbly kept pace across mounds of dark lichen. Eventually, I left the sandstone, got off-trail and bushwhacked through the brush until I was sure it had lost interest.

Back on the trail, 11 condors flew overhead and one of them was the black-faced juvenile, the older, more mature birds showing it the way in afternoon thermal updrafts—the best place for North America’s largest flying land bird.

Keeping the wild in the wilderness

I don’t think it’s any secret. I need wildlife in the wilderness. For my physical and mental well-being, wildlife has to be part of the equation. It’s not enough for me to just be somewhere. I need those encounters to make the experience complete.

I’m grateful for all those encounters, whether it’s megafauna or the smallest of the small. Africa has its “Big Five,” but they also have their “Small Five” and I enjoy seeing them as much as their big-boy counterparts. The African elephant is the largest land mammal on earth, but the elephant shrew is at the other end of the spectrum. The Cape buffalo is arguably the most cantankerous of the Big 5, but the tiny buffalo weaver more than makes up for its size with its brilliant yellow feathers.

Closer to home, I enjoy all those encounters. Most of those are unexpected, but every time I’m out I always anticipate something along the way.

I’ll have to take the blame for this one. The mild surf on the backside of Santa Rosa Island was crowded with weaners frolicking in the waist-high waves. I did my best to let the northern elephant seal pups know I was around. As I pulled my gear-laden kayak into the water, I slapped my paddle on the surface so they knew I was there. I didn’t want to surprise anything.

Every one of the 300-pound pinnipeds got the message, except for a larger, more rotund elephant seal. We sort of met in the middle of the reef, but unfortunately it had its back to me and swung into my kayak. The startled seal lunged into the starboard side of my kayak. I understood its surprised, defensive reaction, but I didn’t realize how strong the 500-plus-pound seal was until it bit down on my kayak and shook me like a ragdoll. It was only for a couple of seconds and then it let go, vanishing in the dark blue waters.

Now, every time I paddle my Necky kayak I run my hand over the punctures on the bow of my boat, reminding me how powerful the second-largest pinniped in the world is. At least it wasn’t a 15-foot-long, 3,000-pound bull. The outcome may have been a lot different.

There used to be coastal grizzly bears on our beaches until they were hunted out, the remaining survivors seeking refuge in the Santa Ynez Mountains. That was roughly a century ago. Looking at the California flag is a little depressing knowing grizzlies once roamed the coast, creeks and wetlands.

Alaska still has good numbers of bears, but they’re in peril too. Last time I saw one was during a paddling trip to the Tyndal Glacier at Wrangel St. Elias National Park, North America’s largest National Park. From the seat of my friend’s kayak, I watched one emerge in low-hanging fog, foraging amongst ice floes crammed against the coast.

But I often drift back to an encounter that nearly stopped my heart from beating. I was a fortunate photographer who nabbed a slot on Alaska Fish and Game’s lottery into McNeil River—a highly concentrated region for grizzlies in the upper Cook Inlet of Southeast Alaska. Three full days of bear photography along a river choked with salmon, the bears so satiated with fish that they couldn’t eat any more before hibernation set in.

Several other photographers were posted up with me along the banks of the river to catch the    grizzlies parading up and down the runnel, barely paying us any attention. A couple of times I fell asleep when nothing was around. I have to say that a bear’s breath might be the warmest air in Alaska. That’s how close this grizzly got to me. It wasn’t a big 1,000-pound brute, just a   curious, 500- to 600-pound two-year-old, but when the encounter began with a bear’s breath, it quickly caught my attention. To be honest, it wasn’t much of an encounter. As soon as I opened my eyes all I caught was the bear’s rear end, but that was my last nap of the trip.