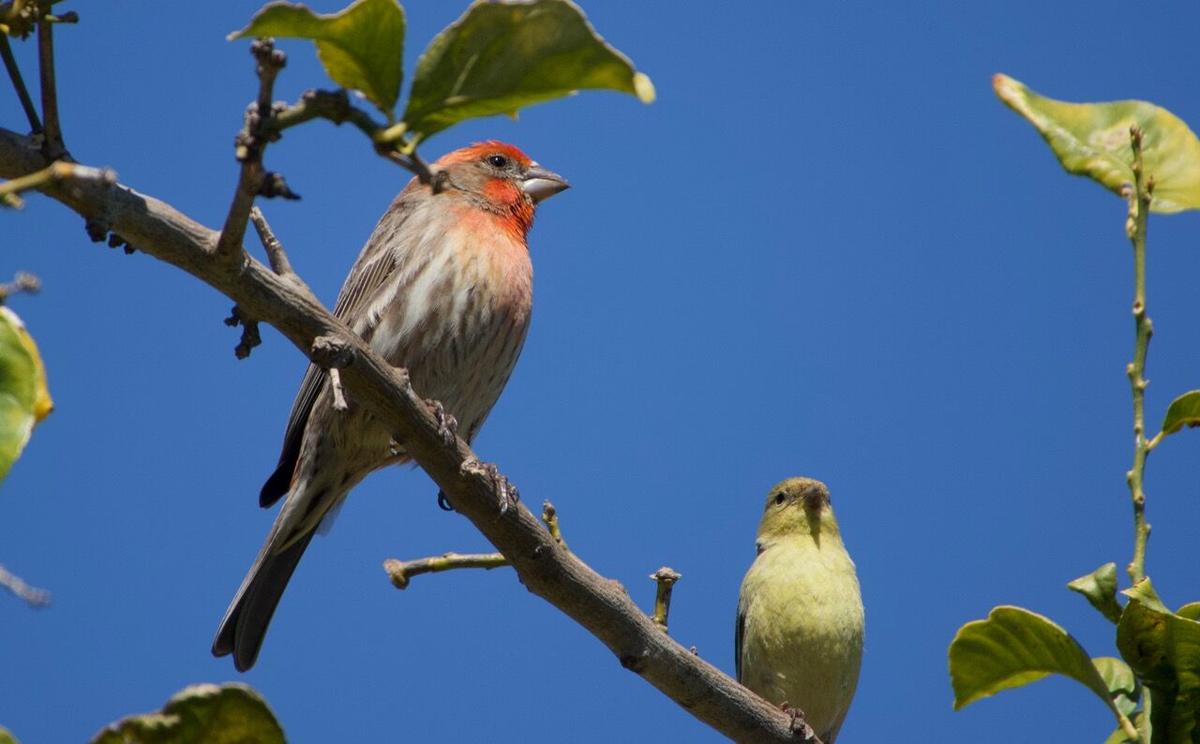 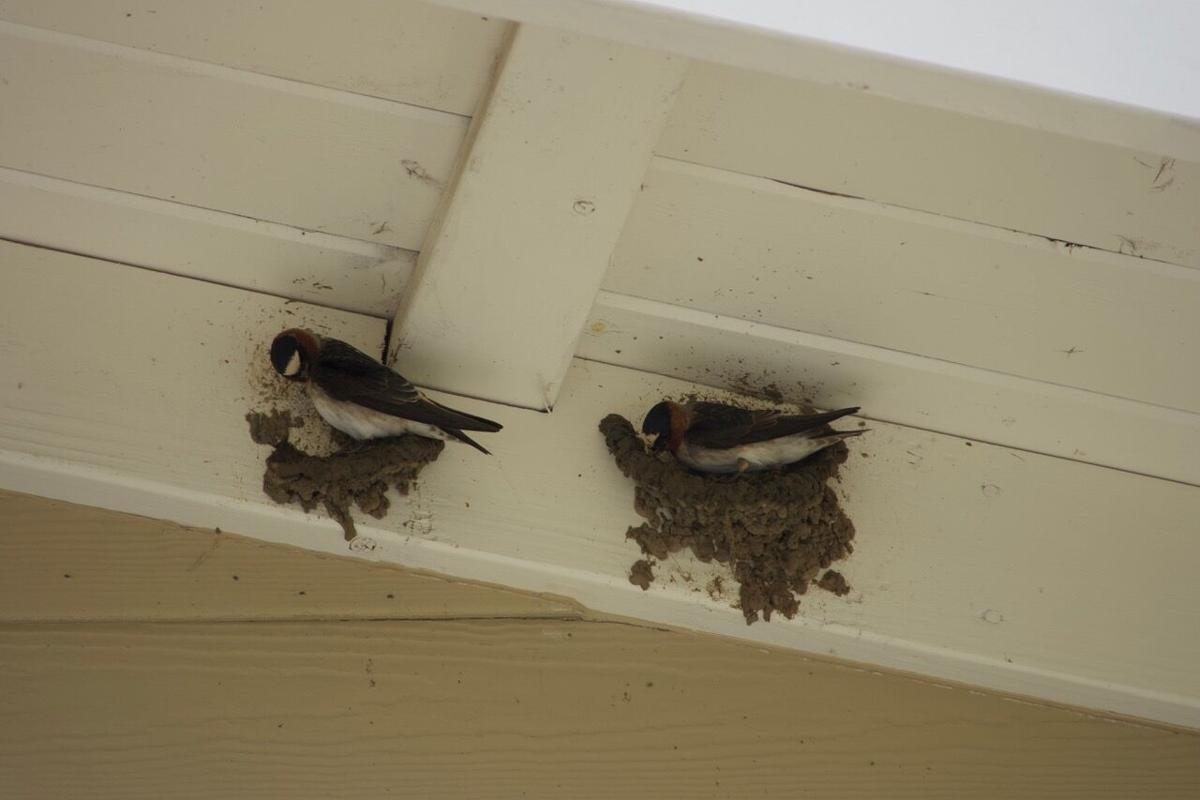 Cliff swallows fly all the way from Argentina and back again each year between their breeding and wintering grounds. Each arrival is a victory. 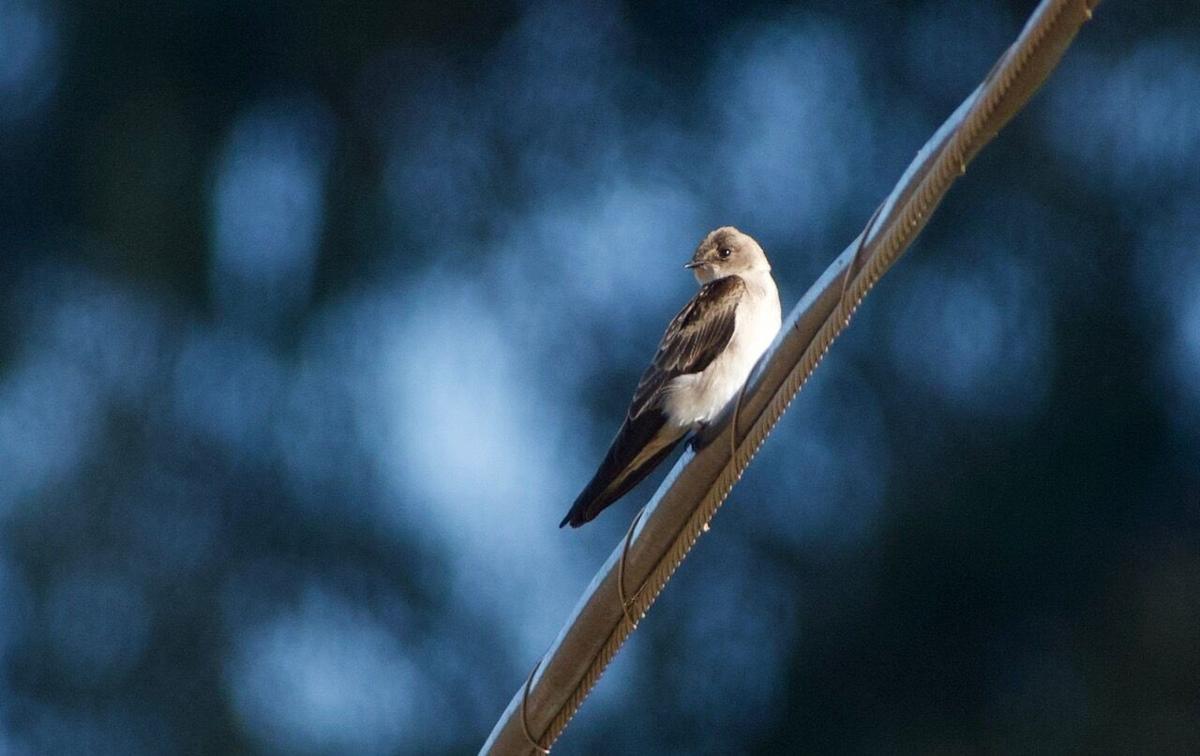 A rough-winged swallow rests above the now dry Lake Jocelyn. 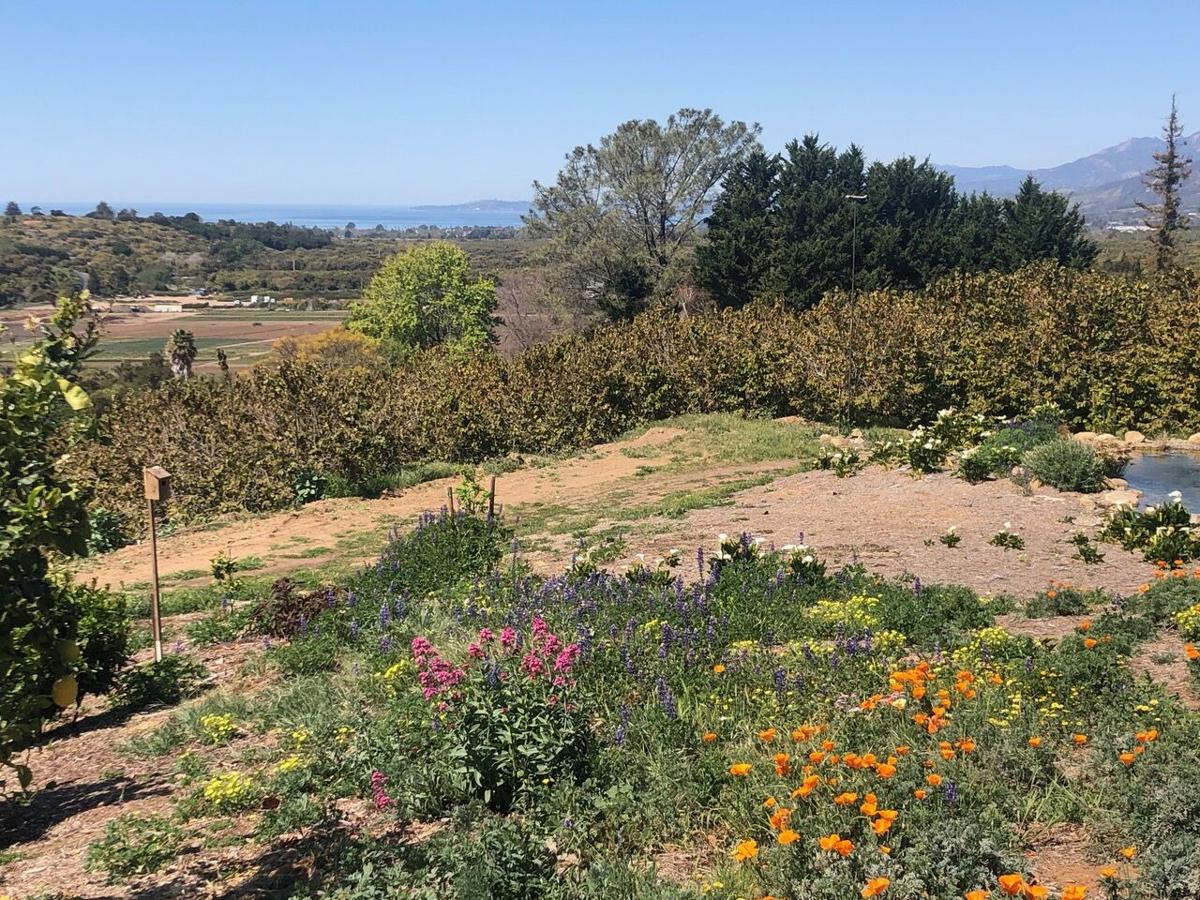 Our little orchard is half for farming and half for nature. We offer food, water and shelter – the three essentials for birds, bugs and beasts.

Cliff swallows fly all the way from Argentina and back again each year between their breeding and wintering grounds. Each arrival is a victory.

A rough-winged swallow rests above the now dry Lake Jocelyn.

Our little orchard is half for farming and half for nature. We offer food, water and shelter – the three essentials for birds, bugs and beasts.

This month marks my one-year anniversary of writing “In the Naturehood.” Being home and paying attention to what is going on in the natural world around me has been the silver lining of this year of pandemic life.

For the last year, I have been grounded. Now I lead virtual workshops instead. And in some ways, I am happier for it. Here in the hills above Carpinteria, our small organic orchard is a refuge. A little less than two acres, it is devoted to avocado and citrus farming and also to supporting nature. We do our best to offer the three essentials: water, food and shelter.

It’s my job to fill the feeders and keep the fountain and bird baths clean. My husband plants native flowers amid fruit trees to attract pollinators and birds.

Coyotes, opossums, bobcats, barn owls and hawks, frogs and many birds call our place home. Others return each spring to breed, or to rest and drink and bathe. Each morning I step outside to listen to the bird songs telling me who is around.

Birds and wildlife make us happy.

We are not unique. A new study in the Journal of Ecological Economics reports that birds make people as happy as money. To read the study, visit doi.org/10.1016/j.ecolecon.2020.106917.

The study, which analyzed the views of 26,000 people across 26 European countries, found that diversity in nature, particularly of birds, had the greatest influence on people’s moods. Its conclusion: “The happiest Europeans are those who can experience numerous different bird species in their daily life. Or who live in surroundings that are home to many species.”

This spring, I have been paying closer attention than ever to birds. I watched two male Hooded Orioles tumble from a Queen Anne Palm in a boxing match for a prized territory. Circling overhead, male Red Shouldered Hawks were in a screaming match for the female who was coolly observing from the tall Redwood on my neighbor Cliff’s property.

Above all, I have been awaiting the return of the Cliff Swallows, long distance migrants that winter in Argentina. I keep records on ebird.org and mark the calendar. Hundreds of swallows left last August after a busy six months raising their families here in 57 mud nests tucked under the eaves of our garage.

I have been imagining their return trip flying 6,000 miles, trying to find enough insects for fuel. I think about how little water there is – how the wildfires have devastated habitat. I worry about pesticides that kill bugs which the birds would gladly eat. And when the freeze hit Mexico and Texas, I wondered where “our” swallows were on their return voyage – would they make it back?

A big benefit of my column is the conversations catalyzed with friends and neighbors. I love that they share observations on birds. They are paying more attention too.

My neighbors, Valerie and Bill, are retired lawyers from L.A. Urban cats, they are erudite and savvy and increasingly they are advocates for the animals that share our neighborhood. They too have a colony of cliff swallows.

This winter they had their house painted outside, a major production. Without prompting, Valerie told me, “I made sure none of the swallow nests were affected.”

I’ve been more than a little surprised with Val’s tolerance for the bird poop from the swallows nesting above her kitchen window. She delights in watching them swirling into their nests in the eaves above her kitchen sink; their funny twitter squeak songs. “They sound like creaking doors,” she grins.

On March 8, Val started texting me, “Hey Nancy, I have the idea that our swallows begin returning tomorrow. Is this confabulation or is that arguably correct? Can’t wait to see the swallows again.”

Instinctively she remembered. For the past decade, “our” colonies of cliff swallows have returned around March 10 to their little villages of mud nests under our eaves. But not this year. We waited.

March 18: Val: “Still no swallows. BTW did you know there is now window glass that contains ultraviolet webbing patterns invisible to humans but visible to birds, so they don’t fly into it and kill themselves? Maya Lin used it in her beautiful redo of the Smith College Library. Article in today’s NYT.”

March 20: Val: “I just saw swallows I believe! … 7:15 p.m. Definitely swallows!!! First day of spring and they are back. Several zooming over my house. I am gonna take a glass of wine outside and gloat over them in the sunset.”

But the swallows returned to her place – and not ours.

We waited. Eight days later, on March 28, just after sunset, a swirling mass of cliff swallows materialized from nowhere. Tiny specks at first barely visible, these feathered sparks of life mustered then consolidated to form a fast-flying tornado. Screaming overhead like tiny fighter planes, they circled the garage in tightening circles, playing crack the whip.

We held our breath until they started breaking off and pouring into the nests. Once all are in, they make sweet chittering songs back and forth as if doing roll call. Then they fell silent and asleep.

The swallows are home. And to me, that’s worth a lot.

Thanks to you who have written me or Coastal View News over this past year. I welcome your observations, comments and questions at baron@nceas.ucsb.edu.