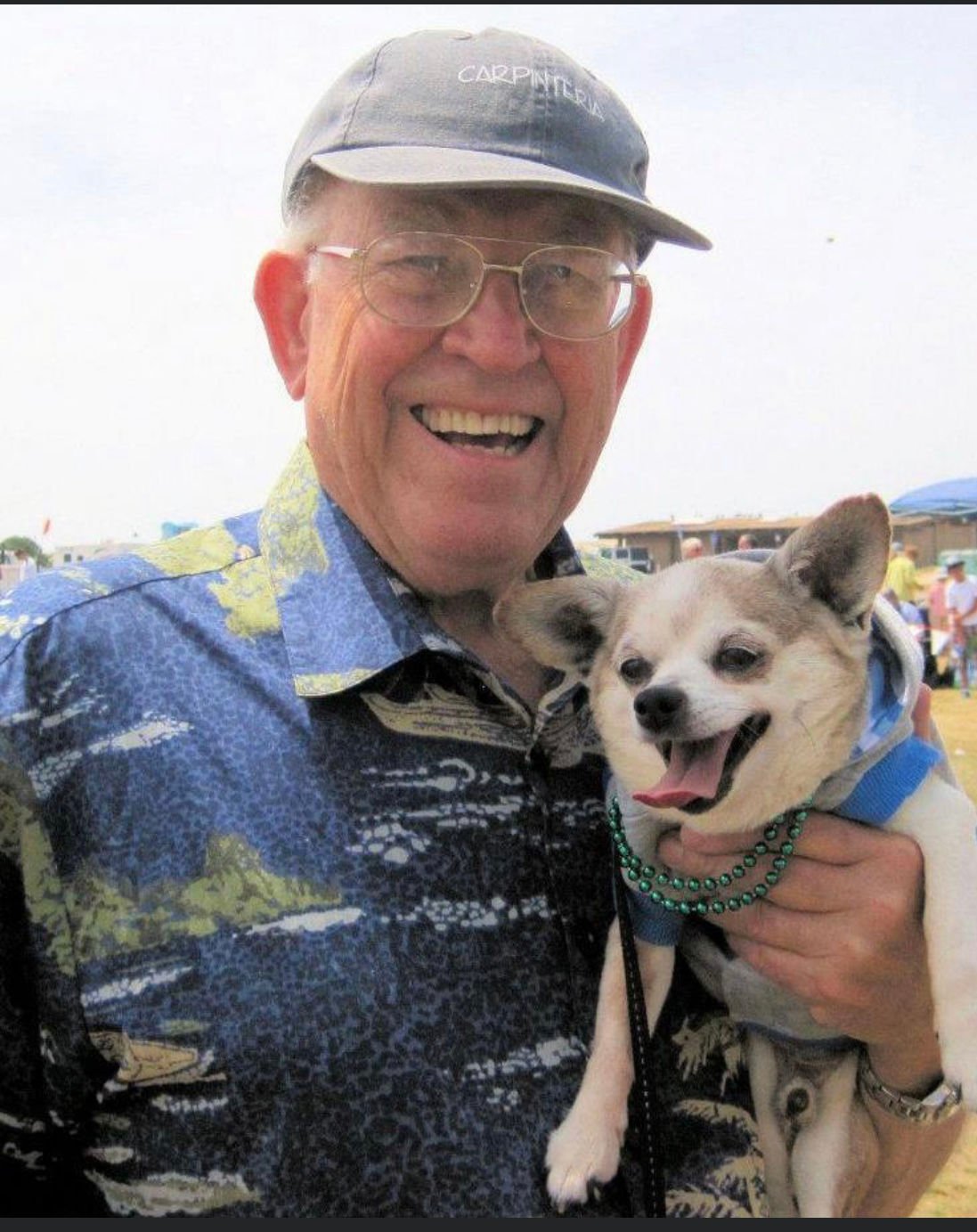 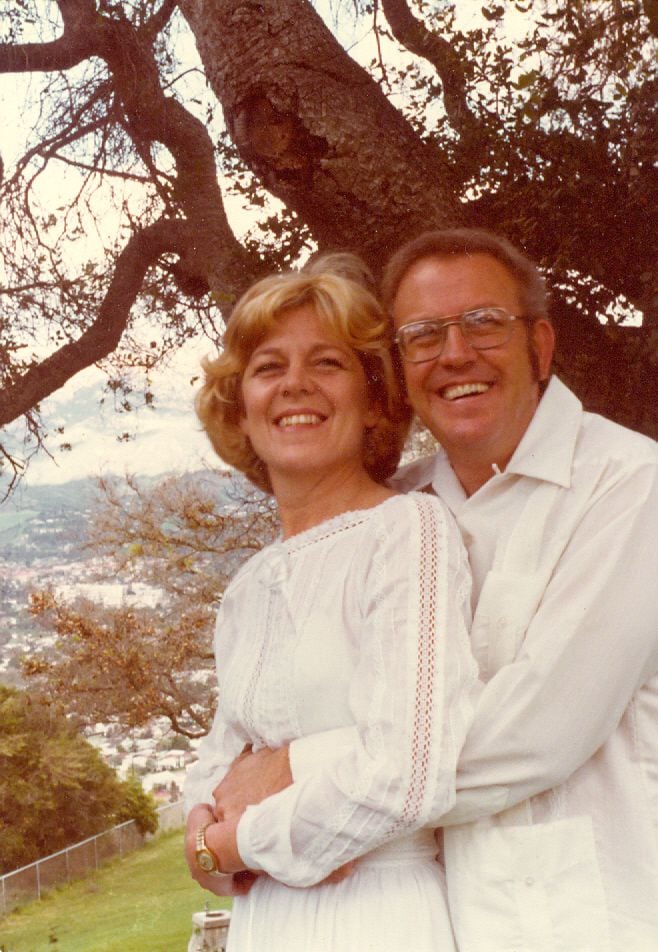 Robert “Bob” Lee Magruder, a longtime resident of the Santa Barbara/Carpinteria, California area, died peacefully on Thursday, May 21, 2020, with his granddaughter, Sara, and her dog Kahlo, by his side.

Bob was born in Los Angeles, California in 1932, where he spent his youth growing up in Whittier, California. He spent his college years at the Santa Barbara College of the University of California and in 1955 he graduated with a Bachelors of Arts degree in Political Science. His first jobs were connected to the college in the athletic department and sports news casting.  He spent the rest of his working life working in various jobs in the insurance industry.

He married Barbara Gill in 1957 and they had three children in four years, divorcing in 1964. He married Ruth (Sally) Schroeder King in 1971 and was a stepfather to her two children, Lisa and Greg, for the next seven years. They divorced in 1977. He married the love of his life, Joan (Oliver) Moore, in February 1978. They traveled together, navigated their way through the deaths of two of Bob’s children (Sara and James) and became the biggest fans of anything related to UCSB and the singing group The Four Freshmen. After growing up an only child, Bob flourished under Joan’s love of family. Their house was always full of grandchildren for summers, holidays and any celebration.

He and Joan separated in 2010, probably due to the frustrations around the beginnings of his dementia. They remained married and good friends, sharing their dog Peanut, until Joan died in 2016.

Bob, also known as Buddy by family when he was growing up, had an extended family of uncles and aunts reaching from Los Angeles to Minnesota and Washington DC. His father, William Henry Magruder, was born to a large family in the Arlington/DC area in 1896, served in WWI and was a well-loved, likable man until his death in 1989. Bob’s mother struggled to have children and treasured her only child. She grew up in Minnesota in a large Norwegian family. She died in 1976. They spent a lot of time with aunts, uncles and cousins at Moon’s Cafe (Santa Fe Springs) talking about life and racing go-karts on the nearby track (Bob’s cousin Dean Moon would eventually own Moon Speed Equipment). He joined the Naval reserves in 1949 and was an airman until 1953.

Friends were an important part of Bob’s life. He kept in touch with Walter Pierce, Craig Powers and Bob Rolph, a combination of high school and college friends, getting together with them yearly. He had his weekly Harry’s Plaza lunch buddies, Kay Holmes and Earle Whitney, from the insurance industry, whose politics were different, but they always seemed to be able to laugh and have a good time. Bob highly respected those in the journalism field and seemed to know everyone in town connected to news, especially sports writers. Everyone always commented on Bob’s friendliness and his smile. He still had this wonderful disposition to the end.

Bob spent about six and a half years living at the Friendship Manor in Isla Vista after he and Joan separated. He was able to walk to every sporting event at UCSB and daily to the bluffs overlooking the sea. As his dementia worsened, his family and friends helped him to remain there and independent as long as possible. He even laughed at himself at times knowing he was making mistakes. He was also a proud life member of the Mensa Society, so he was convinced he should be able to work a “smart phone” and was a little upset when he couldn’t seem to answer it!

His last almost three years were spent in Hood River, Oregon at Brookside Manor where he explored the area with his daughter and grandchildren. He grew to love the beauty of the Columbia Gorge, especially the wineries where everyone was always happy and having a good time. In the end, he barely knew his family or even who the Four Freshmen were, but when Trump was on the television, he would state “there he is” in a not too happy tone. Bob was a lifelong Democrat and had broken the screens on two TVs during the last four years of his life, by throwing the remote control at Trump. Needless to say, we eventually stopped playing the news on his TV. Toward the end of his life, his family became all the wonderful caregivers at Providence Brookside Manor, Providence Hospice, and the staff of the Providence Sunshine Club, who gave him smiles and such tender loving care.

In lieu of flowers, please give to the Citizens for the Carpinteria Bluffs or to the Providence Sunshine Club, Hood River, (C/O Anderson’s Tribute Center, 1401 Belmont Ave. Hood River, OR 97031), so that families can get a break when they are caring for their loved ones with dementia.

Arrangements are under the direction of Anderson’s Tribute Center (Funerals, Receptions, Cremations), 1401 Belmont Avenue, Hood River, Oregon 97031.  Visit AndersonsTributeCenter.com to leave a note of condolence for the family.