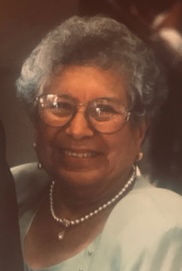 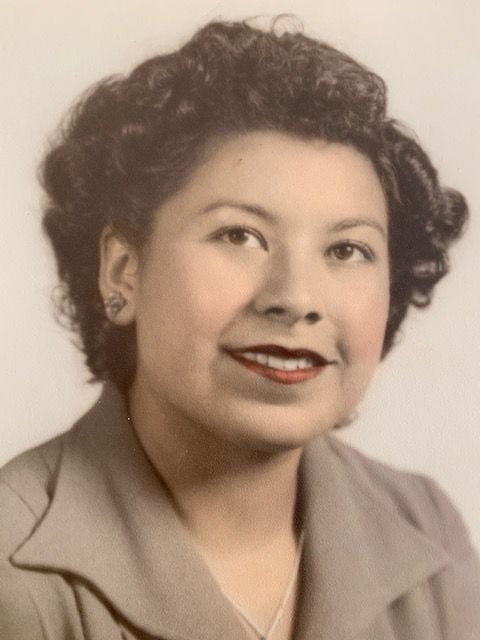 At 97, Jessie E. Dominguez, a long time Carpinterian, died peacefully at her home in Carpinteria on Nov. 22, 2019.

In 1923, when she was a one-year-old baby, Jessie was brought to the United States from the state of Durango, Mexico, by her parents. They lived in Ventura, California, and moved to Carpinteria when Jessie was seven. Jessie attended local schools, including Aliso Elementary School, and she was a proud graduate of Carpinteria High School.

Jessie was a devout catholic and supporter of St. Joseph Catholic Church. She volunteered an endless number of hours working at the enchilada booth at the St. Joseph Festival each summer.

Jessie worked at the Lemon Packing House in Carpinteria for several years after which she was employed as a lead assembler of graduation class rings at Jostens Inc. for 28 years.

Jessie is survived by her nieces and nephews: Joseph G. Escareno, Barbara (Tom) Siddle, Pat (Bob) Carroll, Teresa Spaulding and Carolyn (Pete) Espandola; and numerous distant nieces and nephews. She was predeceased by her husband of 55 years, Ralph Dominguez.

The family would like to extend its sincere thanks to Visiting Nurse and Hospice Care of Santa Barbara, Dr. Eric Trautwein and Dr. Thomas Beamer, her primary physician. Special thanks to her long-time caregiver, Guadalupe Damas, for her kind support and comfort for Jessie.

The Funeral Mass will be celebrated on Thursday, Dec. 5, 2019, at 1 p.m., at St Joseph Catholic Church, followed by the graveside service at Carpinteria Cemetery. A reception venue will be announced at the service.