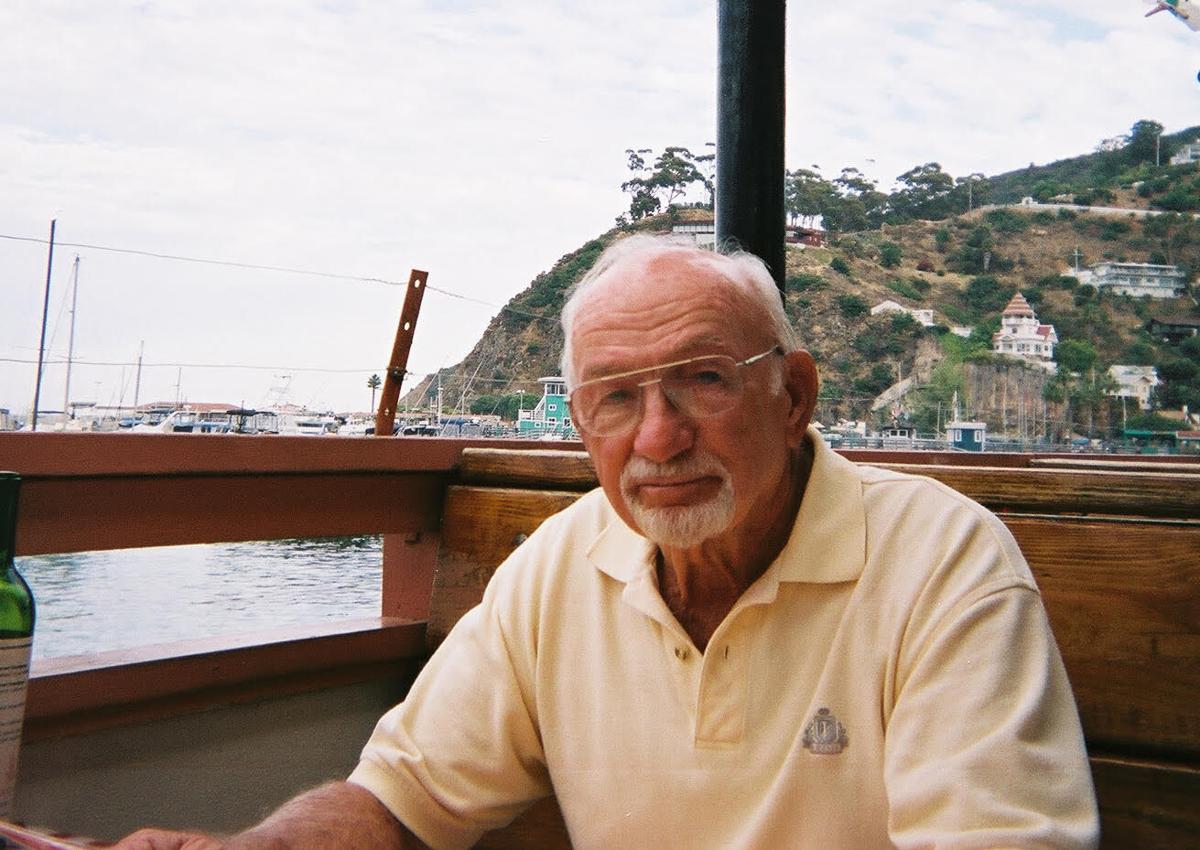 Felix at 86 visiting Avalon, with his old house visible at lower right. 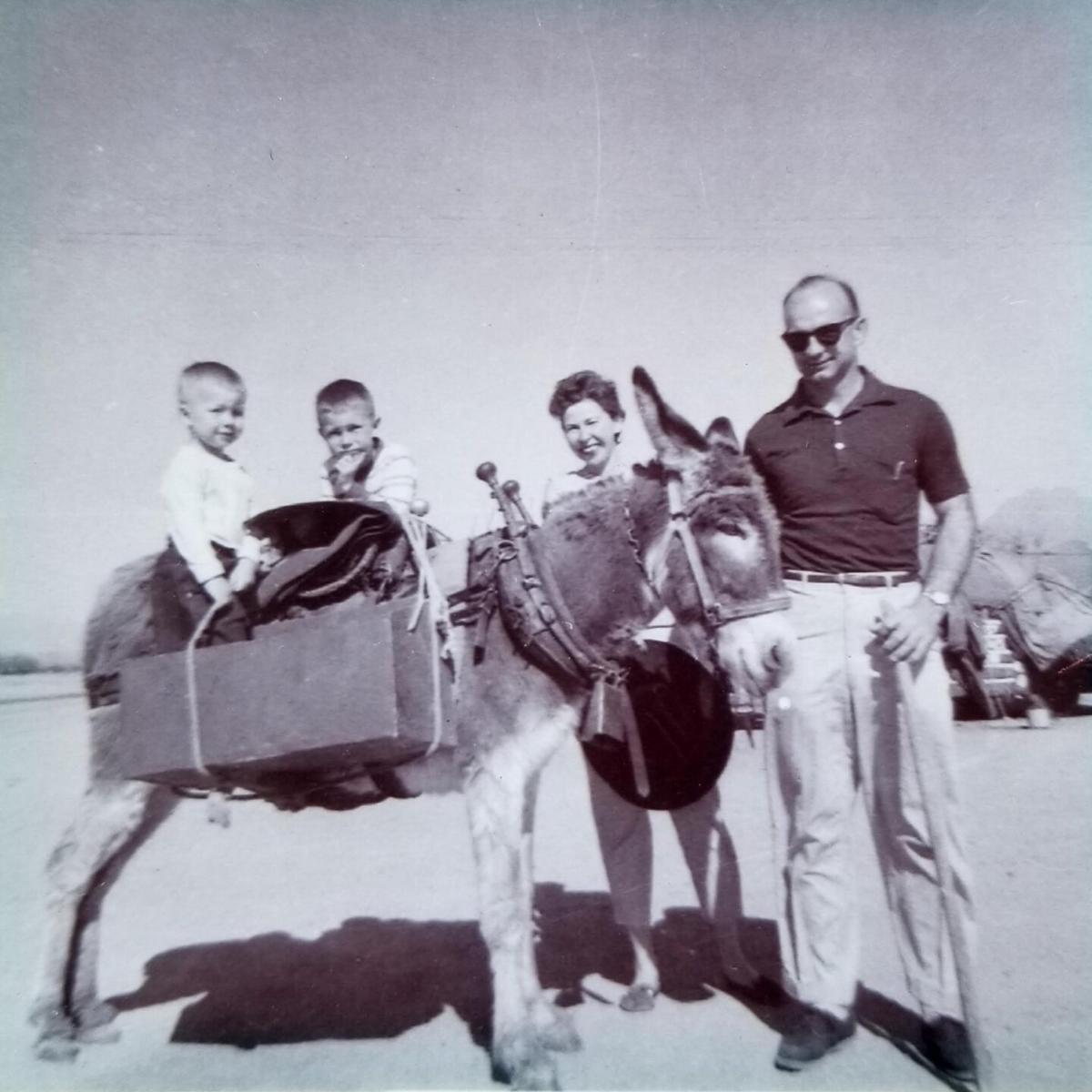 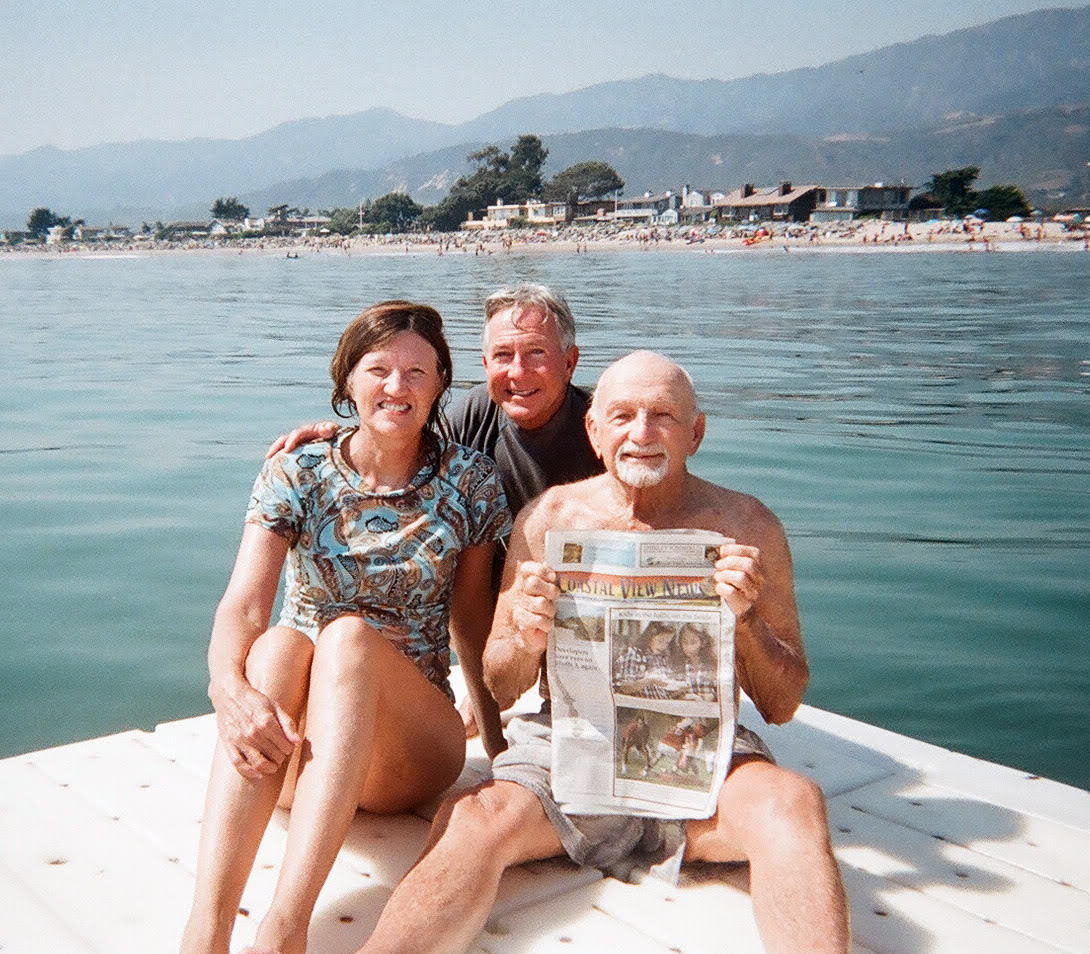 Felix Karpain at 88, with son Greg and Margaret on Carpinteria Raft. 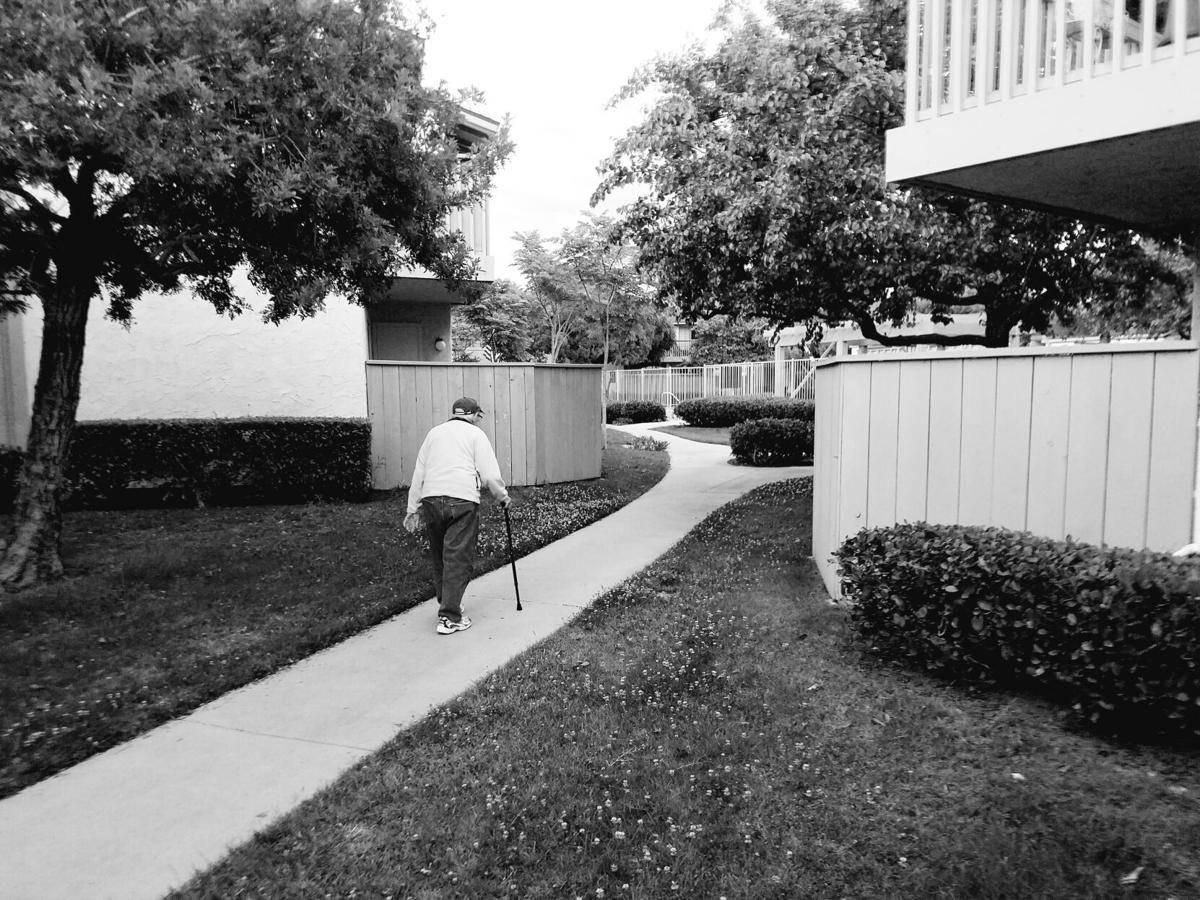 Felix at 86 visiting Avalon, with his old house visible at lower right.

Felix Karpain at 88, with son Greg and Margaret on Carpinteria Raft.

Felix Karpain left us on July 22, 2020, almost two months after his 99th birthday. He passed away peacefully of natural causes. Everything about Felix was natural! Especially his quick and surprising wit that cheered up a whole lifetime of peoples’ lives. In so many quiet and gentle ways, he casually reminded people how wonderful they were. Of course, the famous gleam in his eye told you right away that he was really glad to see you. He was playful, plus wise, plus salt-of-the-earth simple and caring. He lived up to his name, Felix (Russian), which means “Happy.”

He was a man of few words, but with a very strong and peaceful presence. I know he thought that the beauty of this earth was an endless miracle. He soaked up all that beauty and appreciated it, wherever he was. To sit with him, was to “catch” this silent appreciation and leave somehow mysteriously uplifted.

Felix was born in 1921 in Franklin, New Jersey, in a family of six kids. His mother (who immigrated at 15 from Russia) and his stepfather supported their family by running a boarding house and factory work. His stepfather, Danny Karpincik, was such a wonderful father that Felix changed his name from Zelinski to ‘Karpain’ to honor him.

During WWII, Felix worked four hard years as an Army Paratrooper Seargent, kicking paratroopers out of airplanes and then jumping after them for a fun float to the ground. Thanks to the GI Bill, he was able to attend the University of Southern California (USC) and earn a degree in Civil Engineering. He married Marguerite Ewart (who he had met on Army leave in Houston the only month she was there) and made her family town, Redondo Beach, his new home. To his credit, he chose a highly intelligent and equally humorous woman as his wife and partner. No fear of brilliant women in this guy. Just more gleam. Felix became the proud father of two boys who survive him, Gregory and Dana.

While he was earning his engineering degree, he supported his young family by working for Marguerite’s dad as a stonemason, then as a carpenter. He was always a smart, hard worker with the courage and vision to create his own station in life. His father-in-law was an active Mason (32nd degree of the Scottish Rite) and helped Felix become a Mason himself. About three years ago, he was awarded his 50-year pin from his brothers at the Carpinteria Masonic Lodge for his long life of philanthropic work.

Armed with his USC engineering degree, he moved up the ranks from Carpenter to that of Redondo Beach City Engineer, then Artesia, New Mexico City Engineer, then City Manager of Avalon, Catalina Island, then back to Redondo as City Engineer, and finally, as Public Works Directorin Half Moon Bay. He retired at 62, travelled the world, and then joined the Peace Corps at 65. While “on a break” from his Peace Corps duties in Tanzania, Africa, he visited the big game reserves and climbed 22,000 feet up Mount Kilimanjaro.

Felix IS generous. Still. His generosity of spirit was always front and center, and had the effect of increasing the innate generosity of those around him. He was a good husband, a proud and beaming family man, and the best father one could order. He is a complete stand-up man. To get personal for a minute, there was a song that came out in the 60s called “My Dad” from the Donna Reed show on TV.  When I was a 10-year-old, I told him that this song reminded me of him whenever I heard it. I played it for him in later years to remind him of the lyrics: “My Dad. Now here is a man. When I was small, I stood up 10 feet tall, when I walked by his side.” He always knew that he was loved, and we knew we were loved.

Oh, I almost forgot, Felix couldn’t wait for the ocean raft to come out each year at Carpinteria Beach. He was a beach boy way before the actual Beach Boys jumped on the bandwagon. When he was only 88, we swam out to the raft together through the green, crystal-clear water on an epic Carpinteria beach day. As a surprise for him, we carried the Carpinteria paper above our heads in a plastic bag. Then, we had our pictures taken with Dad holding the Coastal View newspaper and the paper published it that week for its regular “Travel Photo” feature. It’s a great representation of Felix’s essence, sense of life, enjoyment and fun.

Some of the things that Dad liked to do for fun:  Anything to help anybody, gardening, building Margaret’s cherished garden patio, building a “fort apache” out of huge wooden crates for his two little boys, golfing, providing for his family, body surfing, swimming, hiking, fishing, camping, relaxing and swimming at Red Rock pools, travelling around the world twice, golf again, smiling. Gleaming. (And by example, teaching all of this to his boys and friends.)

Felix passed away surrounded by loved ones where he lived for the last four years, at GranVida Senior Living in Carpinteria, close by both his sons. And what a wonderful home GranVida was, full of very sincere, caring, competent and dedicated staff and friends.

For any who knew Felix and wished they had a chance to say some last words to him, those last words were said to him for us all by Anndee and Kelli, his two beloved hospice nurses from Central Coast Hospice. Anndee squeezed his hand, and whispered in his ear, “It is an honor to know you Felix.” She walked out and came back a few minutes later and he had “left the building,” on the wings of those loving words. She spoke for all of us. If, after passing, the next thing he did was open his eyes in Heaven, I imagine the first words he might have said were, “What can I do to help?” I’m sure they don’t have any shortage of jobs for a good engineer and a big-hearted person.