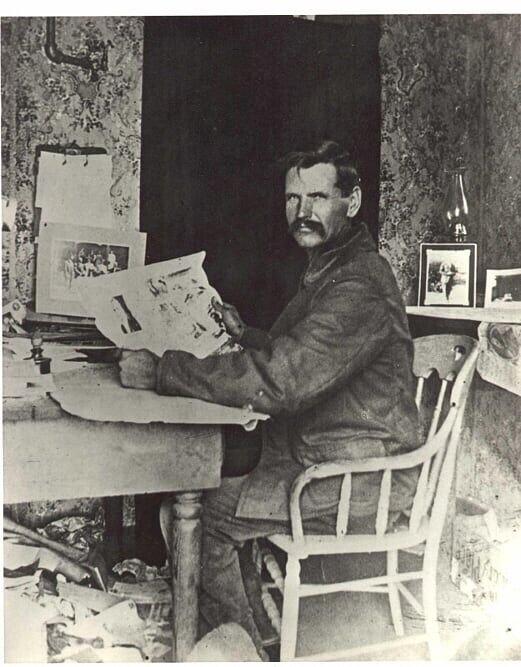 In 1874, John Vernon Rockwell arrived in the Carpinteria Valley with his mother at the age of five. He died tragically due to torrential flooding while delivering the mail in 1914. 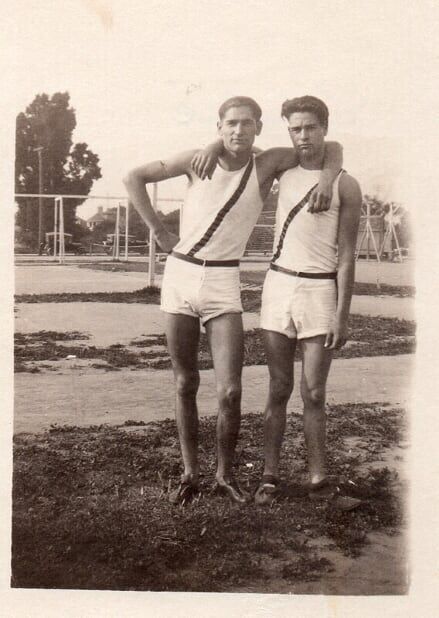 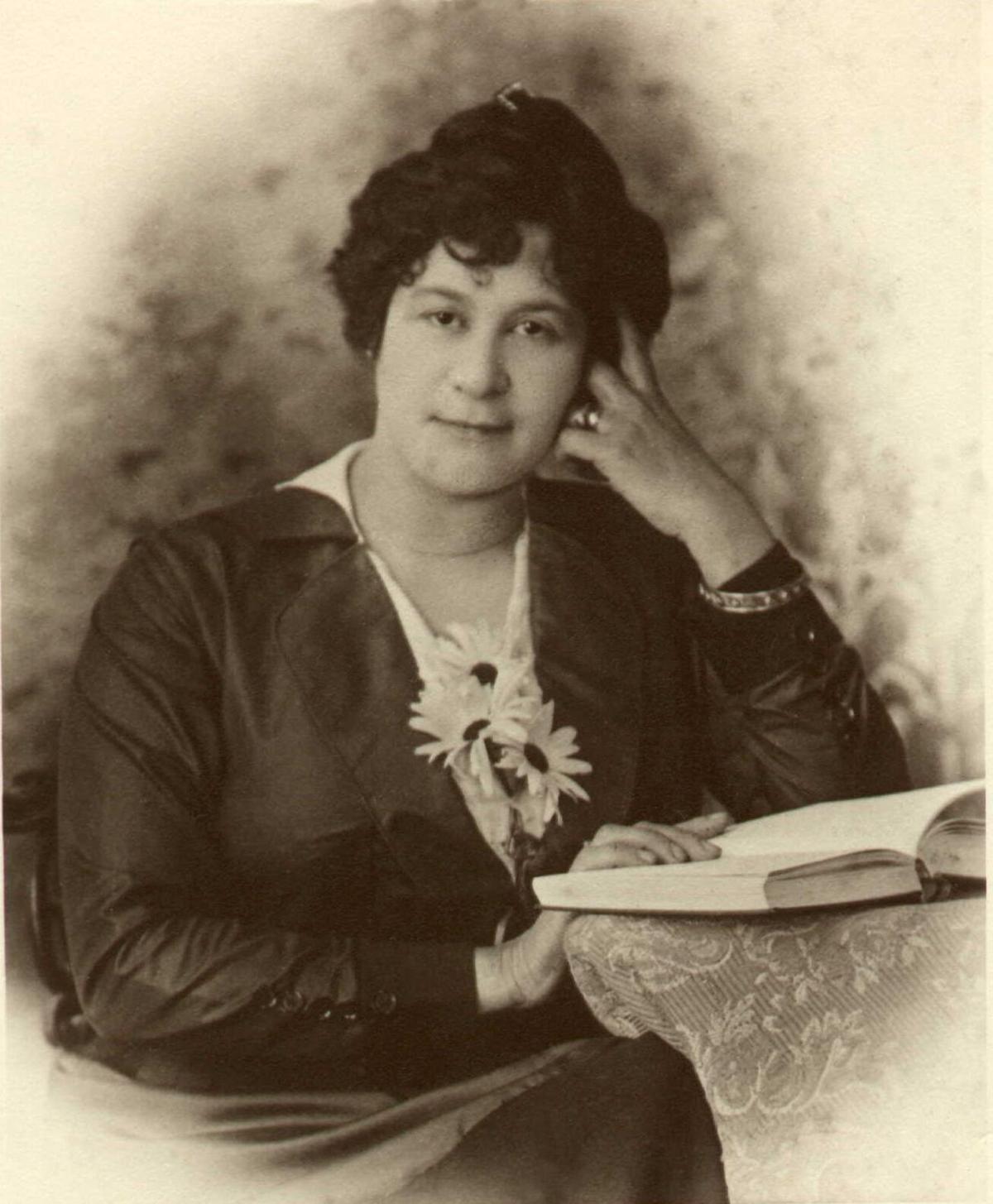 Isabel Garcia Rockwell was left with a household of 10 children, including a newborn, Robert, upon the sudden death of her husband in 1914. 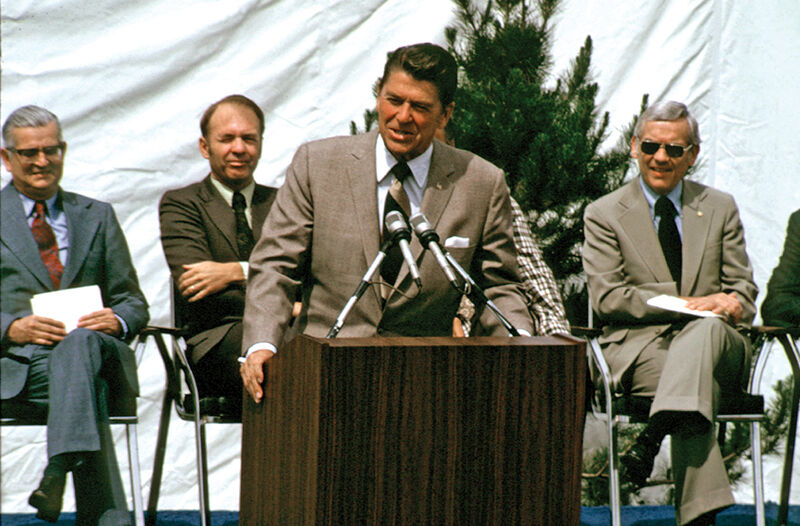 Governor Ronald Reagan was at the dedication of the College of the Canyons first permanent building in 1974. Robert Rockwell, founding member, and first president-superintendent of the college is seated on the far left.

In 1874, John Vernon Rockwell arrived in the Carpinteria Valley with his mother at the age of five. He died tragically due to torrential flooding while delivering the mail in 1914.

Isabel Garcia Rockwell was left with a household of 10 children, including a newborn, Robert, upon the sudden death of her husband in 1914.

Governor Ronald Reagan was at the dedication of the College of the Canyons first permanent building in 1974. Robert Rockwell, founding member, and first president-superintendent of the college is seated on the far left.

In Carpinteria history, the Rockwells—a pioneer family arriving in the Valley in 1874—are remembered primarily for a tragic event befalling their patriarch, John Vernon Rockwell in 1914. Strong rainfall that year precipitated the flooding of all Carpinteria’s major creeks causing heavy damage. Rockwell, the rural mail carrier, age 45, was swept away, drowning in the Casitas Pass area. Never was the mail carrier’s motto, “neither snow, nor rain, nor heat, nor gloom of night stays these couriers from the swift completion of their appointed rounds,” so clearly illustrated. The tragedy of a life taken before its time was compounded by leaving his wife, Isabel, to raise a household of children on her own.

John Vernon Rockwell’s story in the Carpinteria Valley began at age five when he and his mother arrived from Wisconsin. In 1888, he married a local Californio, Isabel Garcia. Both were 19 years of age. Mixed marriages in the form of an Americano and a Spanish-speaking Californio were common and often advantageous. His father-in-law, Manuel Garcia, assisted the young couple over the years, helping them buy land in 1893 on the Coast Highway for a family home. But Rockwell’s mother, Mary, opposed the marriage. Perhaps she had heard stories of her son’s father-in-law who was believed to be a relative of another man named Manuel Garcia—AKA Three-Fingered Jack—who had ridden with the notorious outlaw Joaquin Murrieta. Eerily, she promised to take her son with her upon her death.

John Vernon and Isabel’s family accounted for 16 children, in all. But, two had died in infancy, and two as children. By 1913, two had married, leaving 10 children at home. John Vernon had turned to potato farming to supplement his mail carrier’s income on a property on Foothill Road near Ocean Oaks (the location of the present-day Paul and Mary Foley Ranch), not far from the present-day Santa Barbara Polo Field. He also built a new home on the property for his mother, wife and children. None of them were destined for a happy future there. Rockwell’s mother died towards the end of 1913, and in January of 1914, John Vernon was swept away. His mother’s promise had been fulfilled. To Carpinteria’s historians, the Rockwell story seems to end at that point with the flood of 1914. But what became of the wife and children? Quite a lot, as the rest of this column will show.

Only months after the death of Rockwell, his son John Jr. competed in the first ever Russell Cup Track and Field Meet in Carpinteria. Although details of his performance do not appear to have been reported, they were probably good, if not great. All the Rockwell children were excellent runners. Brother George, and either John Jr. or brother Clyde, dominated the Russell Cup Meet of 1920 winning seven events between them. They led the Carpinteria High School Warriors to victory, the Carpinteria Valley News reported. The dominant performance helped establish Carpinteria as the permanent home of the Russell Cup Track and Field Meet. And Clyde was to set records that lasted for years according to his son, Jim (Clyde Jr.). News of Rockwell family achievement, however, stopped abruptly, after 1920.

The children’s mother, Isabel, had remarried making a bad choice. The man had a violent nature and went to prison for murder. Scandalized, Isabel fled to Fillmore with the children. Marrying yet again, however, she returned to Carpinteria and enrolled her youngest son, Robert, born in 1913, into CHS in 1927. As it turned out, Robert’s achievement was to rival anything ever produced by a CHS student, before or since.

At CHS, Robert was the school’s president as an underclassman. More notably, he won an award that guaranteed Harvard University admission. The Rockwell family drove an old Ford cross-country to Cambridge, Massachusetts, to witness his 1935 Harvard graduation ceremony. Pursuing an academic career, Robert earned a doctoral degree at the University of Southern California. He went on to become the superintendent/president of Santa Barbara City College in the 1960s. Later, he helped found the College of the Canyons in Santa Clarita and was its first superintendent/president.

Carpinterians are familiar with Rockwell Cleaners on Carpinteria Avenue, founded in 1947 by Clyde Sr., and of Rockwell Printing, founded by Clyde’s son, Steve. The former Angel’s Antiques, next door, was the original Rockwell home. Today, Clyde’s son, Jim, an accomplished pianist, continues the family business at the cleaners. Jim’s daughter, Rebecca, is an award-winning novelist of Western yarns. This is just a sampling of the imprint that the children of John Vernon and Isabel Rockwell, and their offspring, have left on Carpinteria, a history of 146 years.