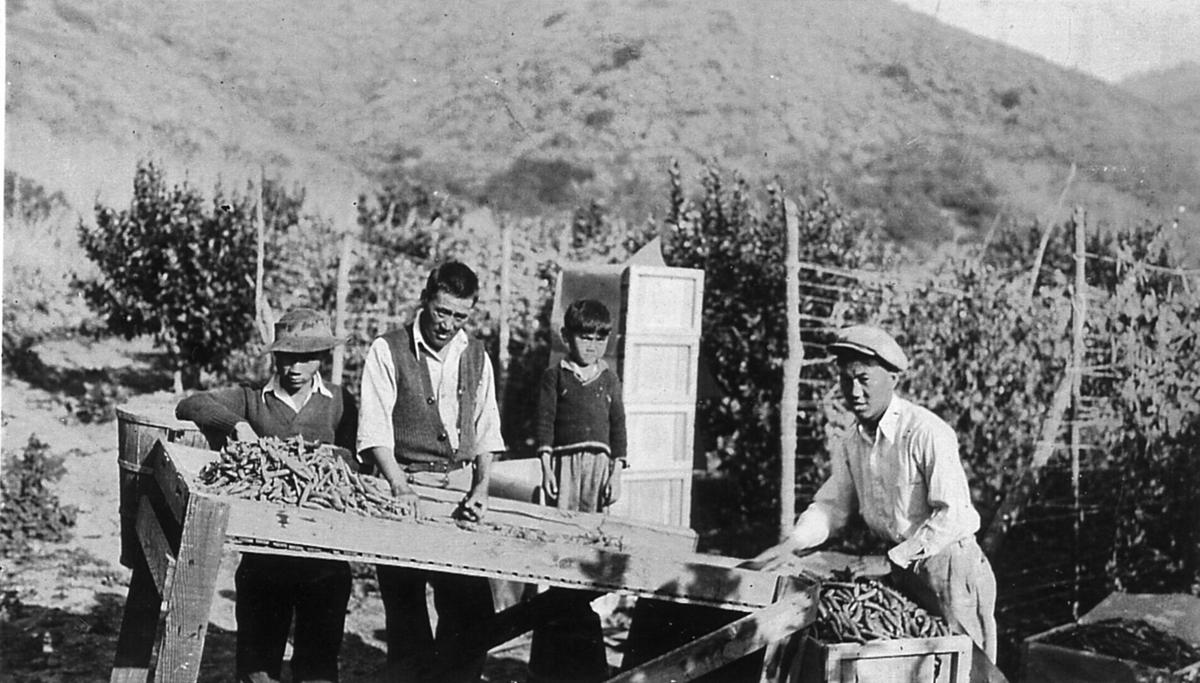 Kijuro Ota, center, is flanked by his boys, from left, Kenji, Minoru and Tom, circa 1935. 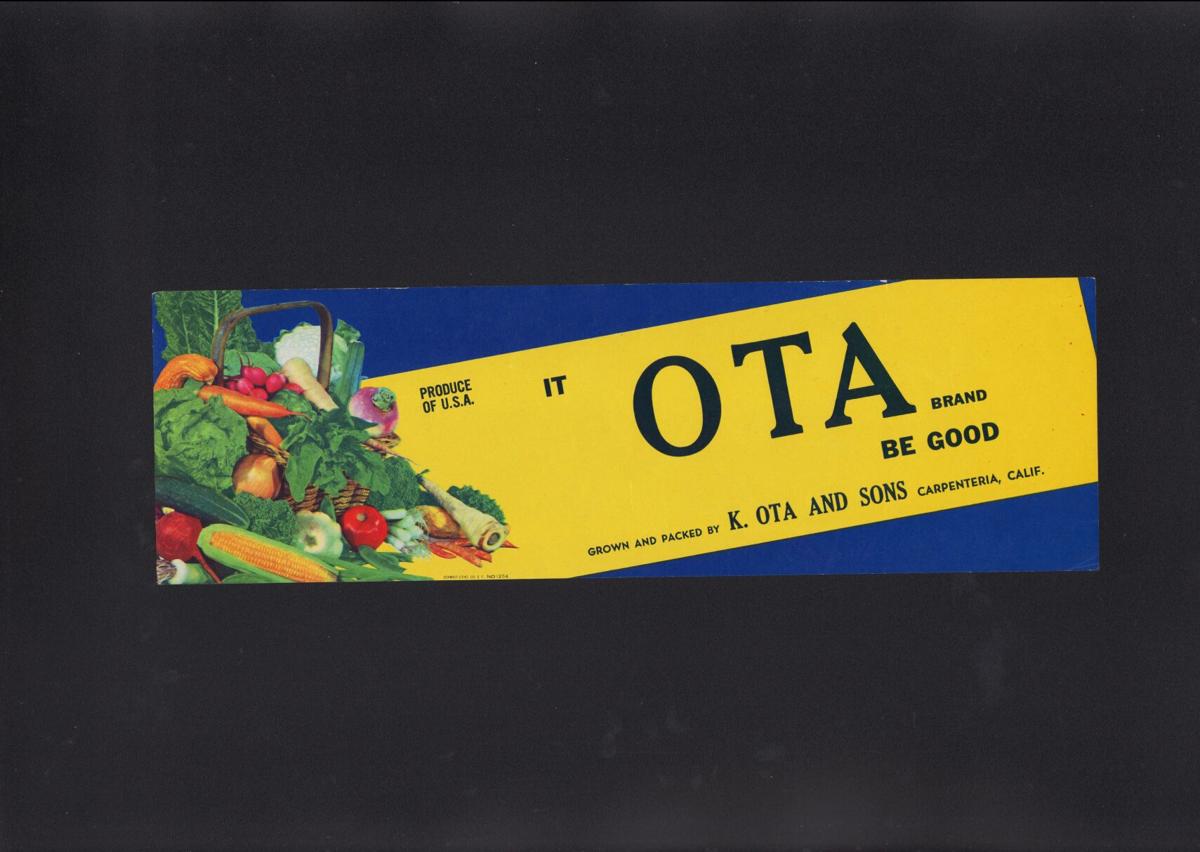 The Otas were building a produce empire stretching from Los Angeles to the north of Santa Barbara County. Notable agricultural properties were in Fillmore, El Capitan, and, of course, Carpinteria. This is the label attached to their produce boxes, “It Ota Be Good” brand, from K. Ota and Sons, circa 1935.

Kijuro Ota, center, is flanked by his boys, from left, Kenji, Minoru and Tom, circa 1935.

The Otas were building a produce empire stretching from Los Angeles to the north of Santa Barbara County. Notable agricultural properties were in Fillmore, El Capitan, and, of course, Carpinteria. This is the label attached to their produce boxes, “It Ota Be Good” brand, from K. Ota and Sons, circa 1935.

With the Chinese Exclusion Act of 1902, the decline of the Chinese presence in Carpinteria gave way to another Asian presence, the Japanese. Actually, another Asian group arose simultaneously, the Filipinos, but they tended to blend with the Mexican immigrants, sharing the Spanish language and culture, in common, until 1898.  In any case, the Japanese established themselves firmly within the agricultural landscape of the community in the 1920s.

Phone directories in the Carpinteria Valley through 1940 would lead one to believe that there were scant Asians in the community. But, school records paint a much different picture.  Between 1924 and the Japanese internment year of 1942, there were at least 13 different Japanese surnames making up a total of about 30 graduates from Carpinteria High School. Japanese-American graduates far outnumbered the dominant immigrant group of Mexican-American graduates to that point in time. And, Japanese-American students occasionally outnumbered them on the football field in the 1930s, which is shocking given the proficiency of the Mexican-Americans on the gridiron from the 1940s on. Perhaps, this had to do with the Mexican de facto segregated schooling at Aliso Elementary during this era.

In Carpinteria, it is interesting to note that Japanese children were not segregated like the Mexicans were. In Sumiye Ota Fukasawa’s memoir (1999), she wrote that her playmates on the Bates Ranch (Rincon del Mar), the Ramirez children, were enrolled at Aliso School because they were Mexican, while she was admitted to Carpinteria Union School.

After World War II, the Japanese presence in Carpinteria diminished greatly. According to Tom Ota in an interview with a UCSB doctoral student in 1991, his family was the only one to return to Carpinteria after the war. His wife, Mary, in her own memoir (2002), writes that none of Carpinteria’s Japanese families returned to the community.

The reason the Otas were able to return was that they had shrewdly retained an attorney, Coleman Stewart, to secure their property rights well before the bombing of Pearl Harbor. While they lost their property leases in places like Fillmore and El Capitan, their Carpinteria property was safe, and they were able to start anew, although never to reach the heights they had attained prior to the war. The Japanese, overall, are estimated to have lost 80 percent of their personal assets as a result of the Internment process.

The Otas’ abililty to return to Carpinteria may have empowered a new crop of Japanese residents into the Valley. Japanese families in Carpinteria grew stronger in number and success after the war, particularly in the flower business.

The Ota story in Carpinteria is remarkable and best told by the family members themselves. Fortunately, the children of Kijuro and Hideko Ota, who arrived in the Valley in 1922, had their memoirs preserved. Attending Carpinteria schools, building an agricultural business that was flourishing prior to World War II, surviving through the internment experience, and returning to Carpinteria to rebuild their lives is all written down, or on tape. Also, one of the Ota girls, Miyeko, married John Fukasawa. Fukasawa would settle in Carpinteria with her and raise a family. He would leave an indelible mark on Carpinteria as mayor of the city, president of the Carpinteria Historical Society and Carpinterian of the Year in 1984. He led a very public and successful life in Carpinteria.

Starting in the 2020 November/December issue of the bimonthly Grapevine of the Carpinteria Historical Society, the Ota-Fukasawa memoirs will be published over several issues. Carpinterians who enjoy reading about Carpinteria Valley history won’t want to miss a single issue.