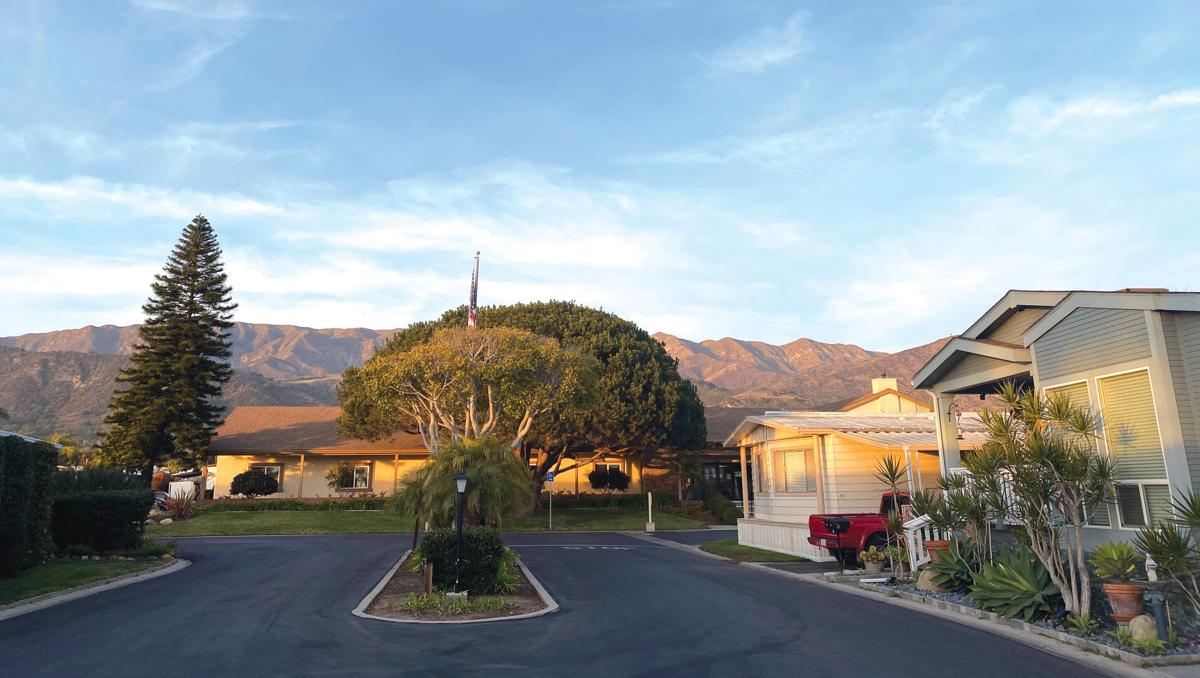 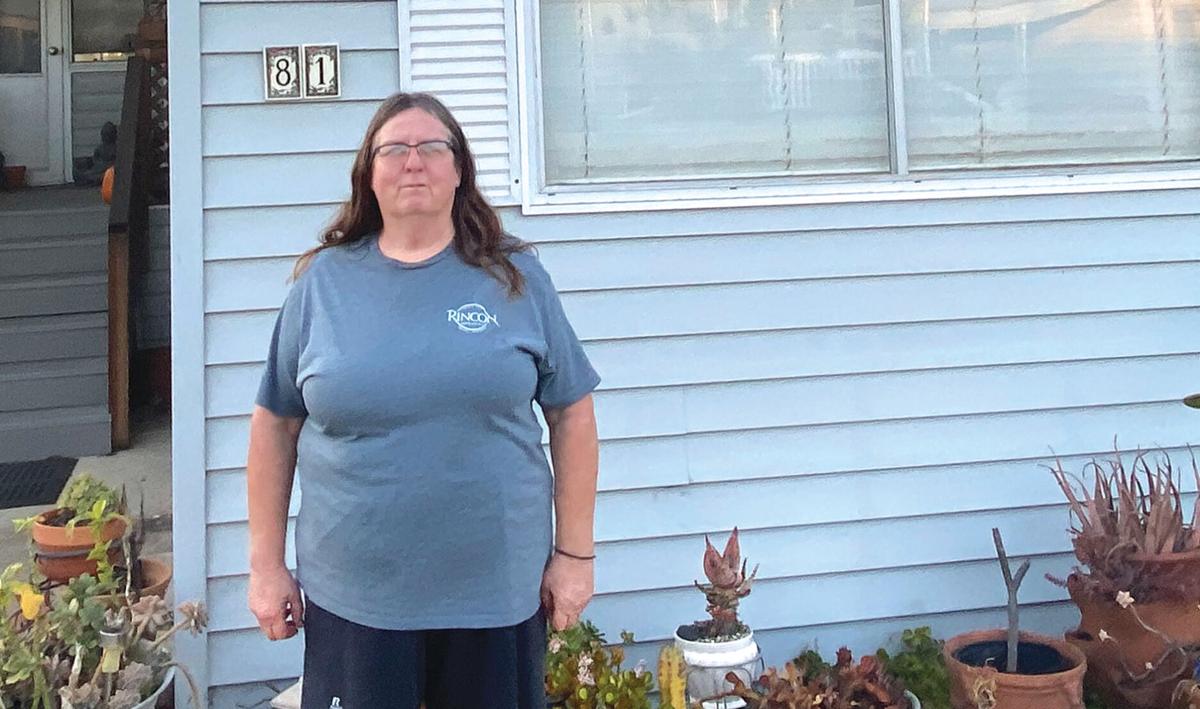 Sandpiper Homeowners Association President Arna Crittenden is concerned that the new ownership will change the way the mobile home park is managed. 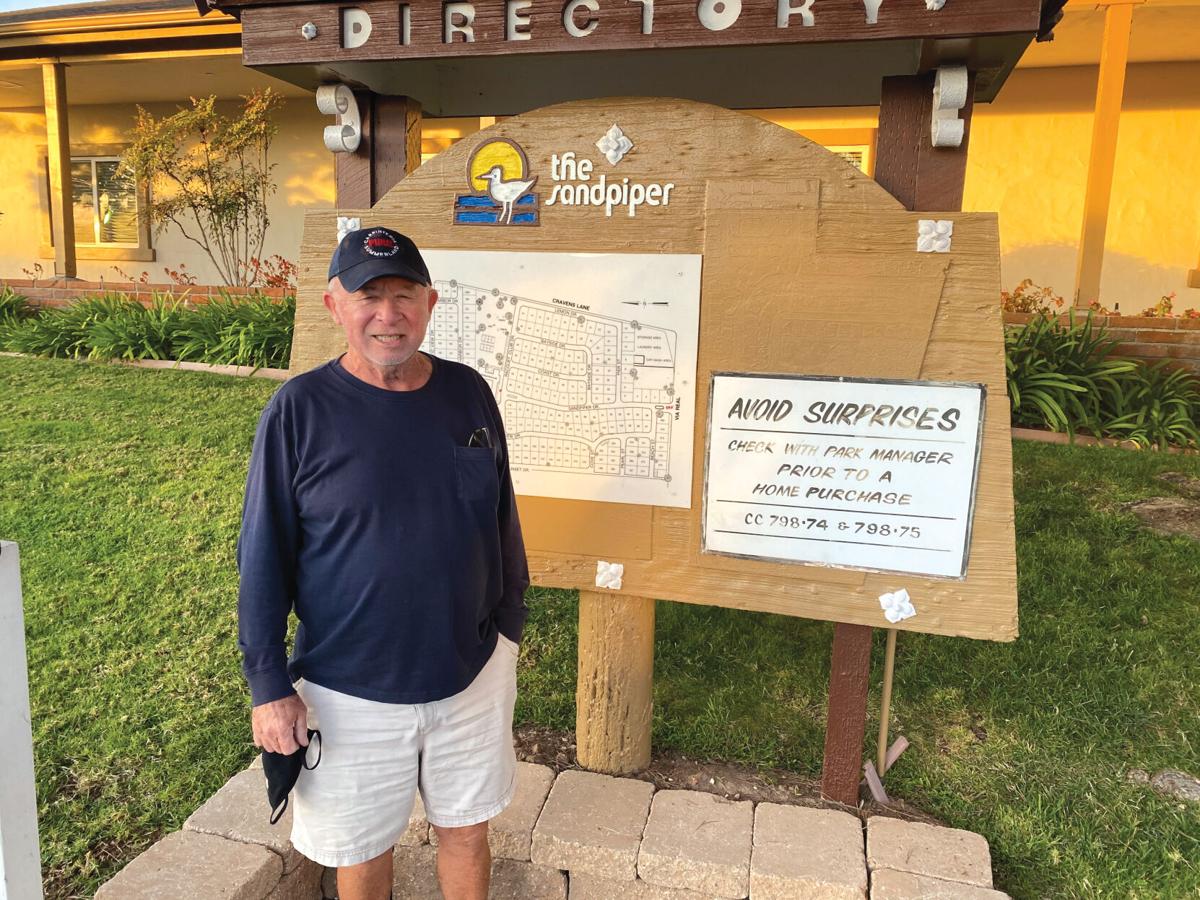 Sandpiper Homeowners Association President Arna Crittenden is concerned that the new ownership will change the way the mobile home park is managed.

Last summer, Bob Franco’s curiosity was sparked by a land surveyor at the Sandpiper Mobile Home Village, where he resides. Franco and a small group of Sandpiper homeowners, including Kathy Mattes, president of the Sandpiper Chapter of the Golden State Manufactured Homeowners League (GSMOL), began to dig, and soon discovered that the property, which consisted of two parcels, was in escrow with a mystery buyer.

The news was contentious for the Sandpiper Homeowners Association (SHA) which had not been notified that the property was for sale, despite annual requests to allow first right of refusal to the homeowners—who had hoped to have the opportunity to explore purchasing the land in a nonprofit structure.

On Dec. 16, escrow closed on the two parcels. The property at 3950 Via Real, owned by roughly 13 people, sold for $11,890,000; and Patrick Wilson sold 1315 Cravens Lane for $8 million. Both sales were to PCP Sandpiper LP, the new owner of the 37-acre property known as Sandpiper Mobile Home Village and the land that lies beneath its 280 homes.

PCP Sandpiper LP was formed on Nov. 25, 2020 by the parent company Pacific Coastal Partners (PCP), a San Francisco-based firm that owns numerous (some 20) mobile home parks in California and beyond, including two parks in Santa Barbara.

PCP’s Flamingo Mobile Home Park of Santa Barbara was recently embroiled in scandal with the PCP’s management company, STAR Management, according to the Santa Barbara Independent’s Dec. 16 reporting in the article, “Flamingo Mobile Home Park Fends Off Predatory Owner.” Unhappy with management actions to convert the senior park into an all-age park, residents called on Santa Barbara City Council to enact a 45-day stay of action until a public hearing could be held on Jan. 26.

Most mobile home park residents own their homes but pay rent for the land that they sit on which puts them in the precarious position of being both homeowner and tenant. Relationships between homeowners and management are not always smooth. Despite keeping up the grounds and public spaces at Sandpiper, the current management company, Continental, who leases the land from the landowners, has had issues with homeowners in the last few years. After a year and a half of negotiations with Continental, some residents, who had been removed from rent stabilization rates, were able to receive a rent reduction. And thanks to GSMOL, a non-profit membership organization that works at the state level on behalf of all mobile homeowners in California, state law now protects rent stabilized rates and rent stabilization laws for homeowners.

In Carpinteria, there are city and statewide protections in place for mobile home residents. Sandpiper’s land is zoned for mobile homes and rent stabilization ordinances are in place to maintain this sector as affordable housing.

Yet, John Nicoli, President of Carpinteria’s Mobile Home Rent Stabilization Board, on which Bob Franco also sits, expressed concern about possible impacts on rent control in Carpinteria due to increases in items on a typical operating budget. New management companies can appeal to the city to allow rent increases if they can show the need through documented expenses and records of profit and loss.

State Assembly Bill 2782, “Mobilehome Parks, Change of Use and Rent Control,” that was lobbied for by GSMOL, and enacted on Jan. 1 of this year, ensures that homeowners are compensated if a mobile home park closes and they are unable to relocate along with eliminating a loophole that allowed park owners to get around local rent control measures. Previously, it was up to local governments to mitigate the damage. This bill provides a state guarantee of protection. If a home cannot be relocated (and few can due to damage to the home and the unavailability of a location to move to), then the park owner must buy out the homeowner at a fair market price as established by an independent appraiser. Additionally, this bill provides that a local government cannot approve a request from a park owner to convert a park if it negatively affects affordable housing in their jurisdiction. Park owners are also now required to give 60-days of notice as well.

“Less than 25% of Sandpiper residents are members of GSMOL, but more should be encouraged to join after this latest development,” said Mattes. GSMOL dues are $25 annually.

A new investment also comes with an increased annual property tax that can be passed through to residents, many of whom are seniors on a fixed income, low-income workers and families on tight budgets.

Sandpiper Homeowners Association President Arna Crittenden is not resting easy: “I’m ready to fight for my home, I’m extremely disappointed that Carpinteria will have two former Bailard properties that will be used for mass building, provided they are able to change our zoning. It’s now easier to change zoning, our rights have now been minimized to fight changes. This is actually my worst fear, that they change the zoning, making this property more valuable for development.”

Franco is more cautious in his worries: “What concerns me the most is the fact that Sandpiper has had local ownership since its inception. Now we have new owners whose principal objective is profit. I don’t know how this will affect us but, I think we will soon find out.”

Carpinteria City Manager Dave Durflinger saw no reason for alarm and said large property sales were not uncommon in Carpinteria. He said until the city hears otherwise, the sale was “status quo.” That being said, Durflinger noted that the new owners, preferably in tandem with homeowners, could appeal to the city and the Rent Stabilization Board if any rental changes were being considered.

Pacific Coastal Partners’ Spencer Engler-Coldren, reached via telephone at 3 a.m. in Germany, said, “We just bought the land. Things will remain the same until the lease runs out or we may negotiate a transition. We will wait and be passive until then—it’s a beautiful asset. We don’t want to rock the boat.”

A second member of the firm’s team, fellow acquisitions partner Brad Hill, joined the call from unknown whereabouts, noting that they had just reviewed the land lease.

“We think it’s a beautiful park in a beautiful location and we’re excited to own the land underneath the ground lease,” said Hill, adding “We don’t have that many rights. Sandpiper is still operated by Continental until 2025. At this time, we can only operate under the status quo with four and a half years remaining on the lease.”

The duo admitted that they’d like to own the lease and may negotiate a transition. They had no comment about a potential property tax pass through which, considering the $20 million sale price, could be significant to homeowners.

“A raise in property taxes based upon reassessment of the property when it changes hands can be passed through to residents but pass-throughs are governed by rent stabilization ordinances (RSO). Carpinteria has a pretty good RSO. The question is: will the city of Carpinteria defend its RSO if (STAR Management) tries to put the pressure on?” asked Anne Anderson, GSMOL Regional Chapter president.

Hill stated there were “No plans to challenge rent control or anything” but they do plan on maintaining the park, reiterating that all control remains with Continental for the time being, who has a long history of managing the park.

“We’re dedicated to owning and operating mobile home and RV parks for the long term. Our business plan is dedicated to affordable housing and a long-term investment for us,” Hill said.

Anne Anderson, Chapter President of GSMOL offered the following statement: “I think folks (at Sandpiper) are in better shape than the people at Flamingo. PCP/STAR Management wants to convert Flamingo to all-age. (Sandpiper is) already all-age. PCP/STAR Management wants to stop the Flamingo residents from restoring vacancy control to their rent stabilization ordinance. Sandpiper already has it. In fact, Carpinteria has the best RSO in Santa Barbara County. You do have one thing in common—a good relationship with your city government.”