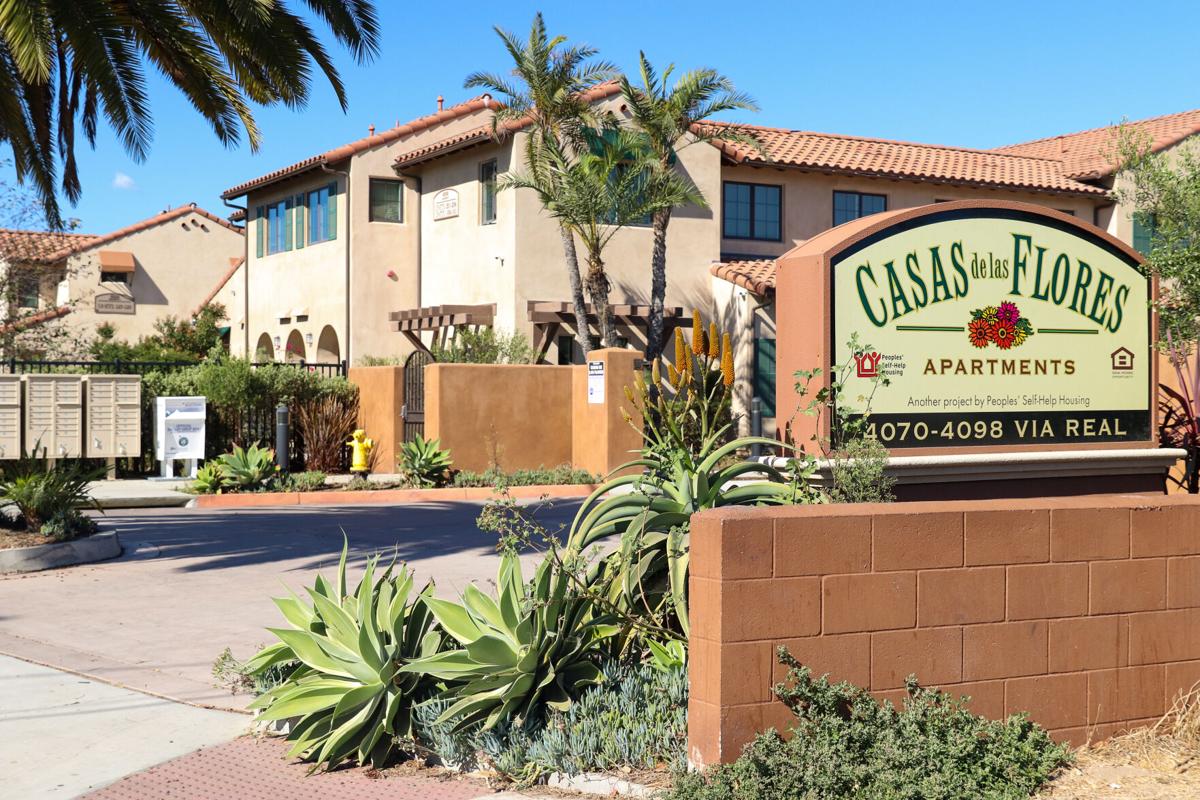 In 2015, Peoples’ Self-Help Housing opened Casas de las Flores on Villa Real. Casas’ 33 units are among the 159 affordable homes that Peoples’ has created in Carpinteria. 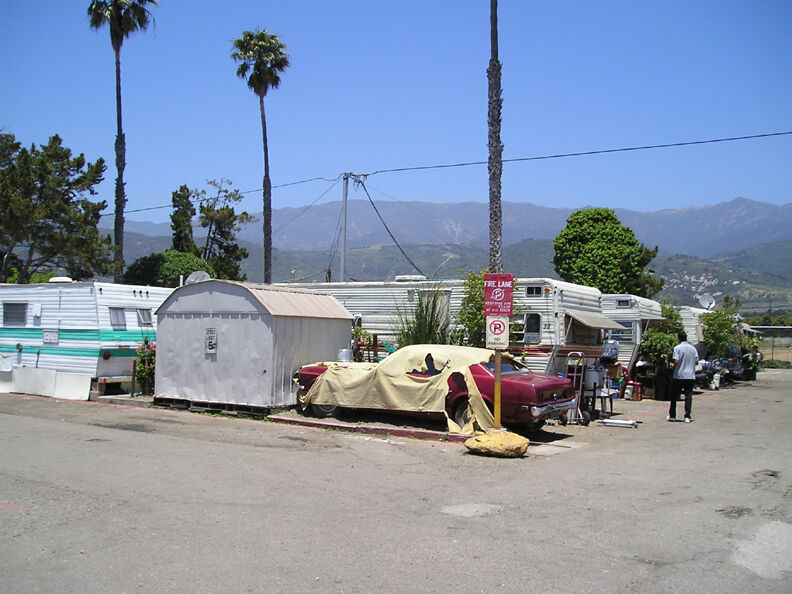 Casas was built on the site of the former Carpinteria RV and Camper Park, which by the early 2000s had become rundown with several code violations, leading the city to seek Peoples’ help in creating new affordable permanent housing on the property.

In 2015, Peoples’ Self-Help Housing opened Casas de las Flores on Villa Real. Casas’ 33 units are among the 159 affordable homes that Peoples’ has created in Carpinteria.

Casas was built on the site of the former Carpinteria RV and Camper Park, which by the early 2000s had become rundown with several code violations, leading the city to seek Peoples’ help in creating new affordable permanent housing on the property.

Since its formation in 1970, Peoples’ Self-Help Housing has developed more than 1,900 affordable rental units to serve residents in Santa Barbara, Ventura and San Luis Obispo counties. Within the city of Carpinteria, Peoples’ has served working families, veterans, seniors, agricultural workers and special needs groups who live in 159 units at Dahlia Court I and II, Casas de las Flores and Chapel Court. The nonprofit also provides services such as financial management and planning for adults and education programs for children.

Across the three counties, Peoples’ supports over 5,000 residents. As the organization celebrates their 50th anniversary, they have launched an end-of-year appeal for donations. “We want to thank our supporters for their vision and generosity over the past 50 years,” said Peoples’ CEO and President Ken Trigueiro, “Our community and partners have made this first half century of our history possible and we look forward to their continued partnership over the next 50.”

In Carpinteria, Peoples’ has found a decades-long partnership with the city of Carpinteria.

“They’ve done a lot of good work in Carpinteria,” said Carpinteria City Manager David Durflinger, who started working for the city in 1999, around the same time that Peoples’ began its Dahlia Court project.

Dahlia Court began as a code compliance case on a rundown apartment complex in the ‘90s, recalled Durflinger. “The property owner was not adequately managing the units,” said Durflinger, “and so we connected the owner to Peoples’ Self-Help. After a few years of discussions, it resulted in the purchase.” Peoples’ made the housing safe and healthy for residents, providing 55 affordable units in Dahlia Court I. The success of the project led to Dahlia Court II in 2011, which now provides 33 additional units.

For Dahlia Court II, the city donated land that had been street right-away and provided a portion of the funding from the county and state affordable housing allocations. Peoples’ brought the additional needed funding and wherewithal. “One of the key things they bring is being able to assemble the funding to pull together these projects,” noted Durflinger. In addition to townhouses, Phase II included a community room and education center.

Another ambitious project for Peoples’ was Casa de las Flores, located on Via Real, which in 2015, opened as 43 affordable residential units.

“In the 1960s, it was the Carpinteria RV and Camper Park and vacationers would come and stay for a week,” said Trigueiro. “But over the years, it had changed use and there was an out-of-town owner and a lot of code enforcement issues, so the city called us and asked us if we could do anything.”

“People were living in travel trailers never meant for permanent housing,” Durflinger noted, “It had become an overflow from the campgrounds from the ‘60s and it was in terrible shape.” After purchasing the property, Peoples’ helped relocate campers and built new apartments for permanent dwelling.

Most of the Peoples’ housing in Carpinteria is for low-income families and individuals, usually families of four or more with adults in the tourism, retail and agricultural work forces. But Chapel Court’s Ash Avenue units are unique—they are specifically designated for farmworkers. Originally sponsored by St. Joseph Catholic Church, the 28 units were initially funded by the US Department of Agriculture’s Rural Development Department in the ‘80s, as a church owned and founded housing project for Carpinteria Valley farmworkers.

In 2009, Peoples’ joined the project, reestablishing the board and garnering $1 million in additional USDA and state funds to rehabilitate the housing. “The housing was specifically for farmworkers, and that’s who lives there today too,” noted Trigueiro, “and we hope to preserve that for as long as possible.”

Peoples’ aims to serve area residents that are making no more than 60% of median area income, with a target range between 20 and 30% of the average median income for individuals, and 30 to 60% for families, according to Trigueiro.

“We have so much community support in Carpinteria for what we are doing,” said Trigueiro, acknowledging that not every community and local government supports affordable housing to the degree Carpinteria has. “I was personally the project manager for some of these projects,” he added, “and the community was always welcoming to their neighbors and that is not always the case these days. Those people who have the deepest needs and are the most vulnerable will have a place to live because of this. We have a lot of volunteers who come out for clean-up days or to help with programs like art education—different things, lasting impressions for me of how caring the community is.”

To learn more or to donate to Peoples’ Self-Help Housing, visit pshhc.org.

Debra Herrick has been CVN's managing editor since 2018. She enjoys telling the stories of Carpinteria Valley’s people and unpacking the community’s most pressing issues. Debra is also a features writer and photographer for Carpinteria Magazine.