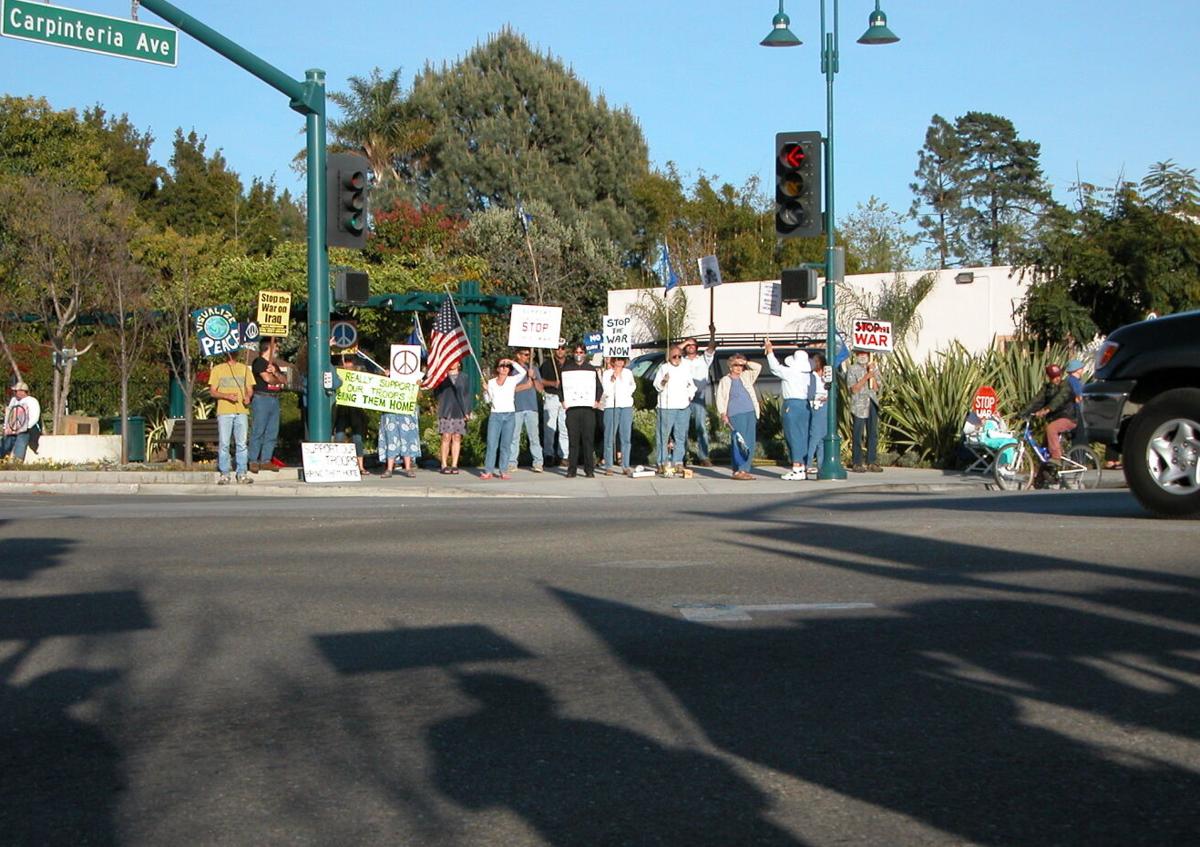 Protests at Peace Corner have been a Friday afternoon staple for nearly 20 years. 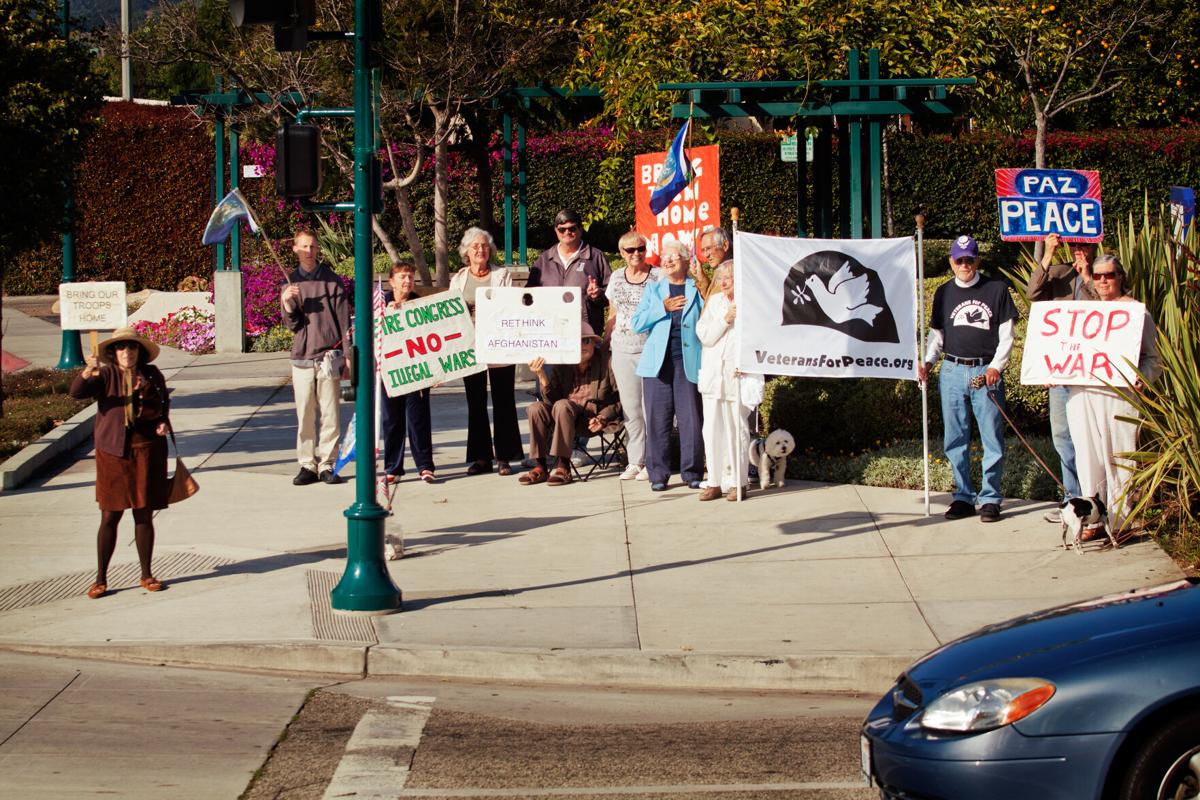 While protesters have brought different political statements to the corner of Linden and Carpinteria avenues over the years, the original and longest standing statement has been anti-war. 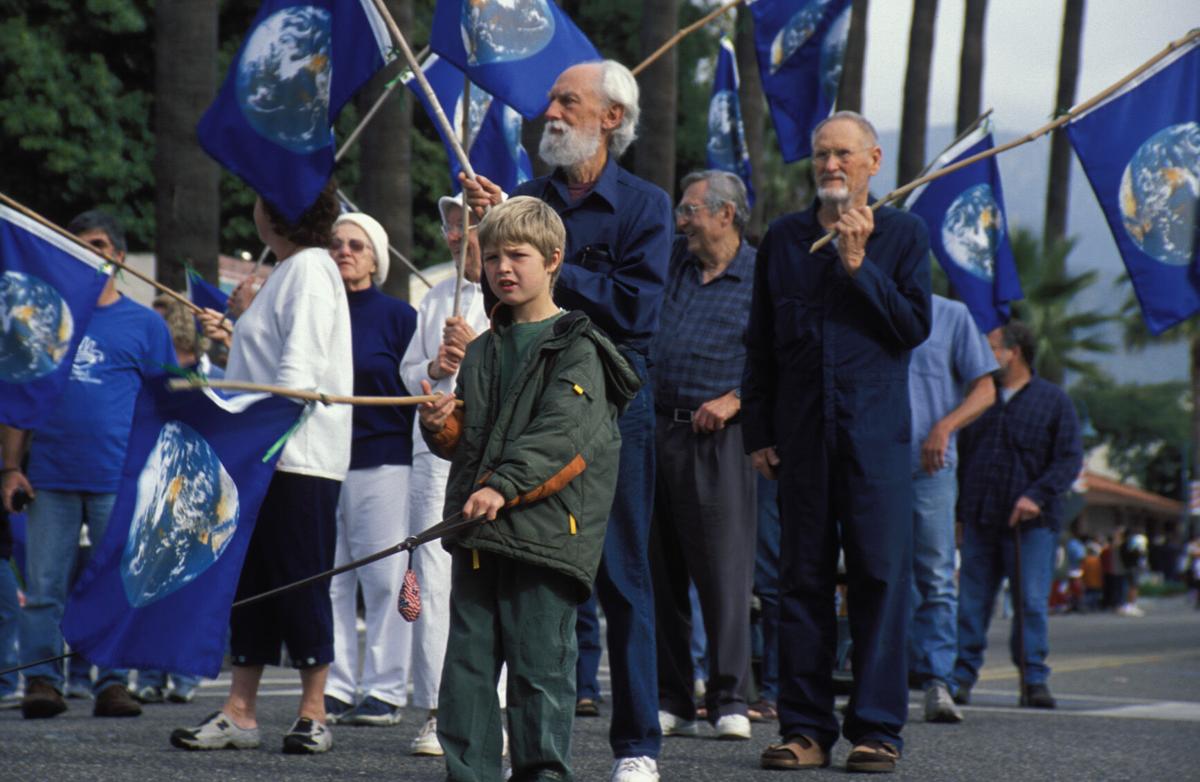 All ages and people have been welcomed at Peace Corner.

Protests at Peace Corner have been a Friday afternoon staple for nearly 20 years.

While protesters have brought different political statements to the corner of Linden and Carpinteria avenues over the years, the original and longest standing statement has been anti-war.

All ages and people have been welcomed at Peace Corner.

In October 2002, a group of local anti-war activists started standing in protest every Friday afternoon at the corner of Linden and Carpinteria avenues. Eventually, people started calling the spot “Peace Corner,” and the name stuck.

A few weeks ago, on Jan. 22, the group was out for the last time this year. Participation has ebbed and flowed over the years, and for James and Barbara Finch, two of the group’s most stalwart participants, 18 years and 900 Fridays was enough. “We have a new president, new peace and new hope, so we decided to stop,” said Barbara.

For others, it’s the pandemic that has made the protests untenable and after Covid-19 is quelled, they hope to be back out there.

Among the original Peace Corner protestors are Kathleen Lord, Al Clark, Betty Songer, Ted Rhodes and the late Bud Fink. The group carried handmade signs to the corner each week, rain or shine. James and Barbara Finch joined early on; Toni Stuart joined around 15 years ago; and Robert Lehman started showing up at the corner each Friday a few years ago.

The first Peace Corner protest was during the run-up to the U.S. invasion of Iraq after 9/11. The group was driving weekly to protests and marches in Santa Barbara and decided that driving was not ecological and that protesting in their hometown of Carpinteria made more sense.

“It was a big decision,” said Lord. “In Santa Barbara, we were anonymous – part of a big group. In Carpinteria we were not. In Carpinteria people know one another. Political opinions are rarely part of the community dialogue.” But Lord said that over the years Peace Corner helped open up Carpinterians to learning about alternative voices, and ultimately served as a “catalyst in creating a ‘protest’ and ‘free speech’ zone for Carpinteria.” “A very mini-Trafalgar Square,” Lorde said.

For the most part, the group was well-received and from the beginning passersby would flash peace signs and cars would honk as they drove by. Stuart recalls a Friday where they received 70 honks in one day, “I’ve been heartened by all of the positive responses we’ve gotten… a lot of people and their kids would give us the thumbs up and the honkity honk.”

Over the years, the group did receive some middle fingers though, and were hollered at to “Get a job!” more than once. The latter brought a smile to Stuart, a retired Episcopal reverend, who noted that she is 83 and just about everyone at Peace Corner was retired and in their 70s and 80s.

Rhodes recalled the early days as “more of a silent peace protest/vigil against our illegal involvement in Iraq following 9/11,” and noted that a few of those in the early gatherings have since passed away, including Bud Fink, Sandy Doles and Royce and Millie Stauffer.

While Rhodes wasn’t going to the Friday gatherings at Peace Corner the last few years, he remained supportive of the group, saying, “Needless to say, so much in so many arenas is now on hold (if not sadly forced out of business) by this pandemic. Ironic that we have had to stop the Peace Corner gatherings but remain, as a country, unable to stop that ongoing war effort in Afghanistan and that part of the world.”