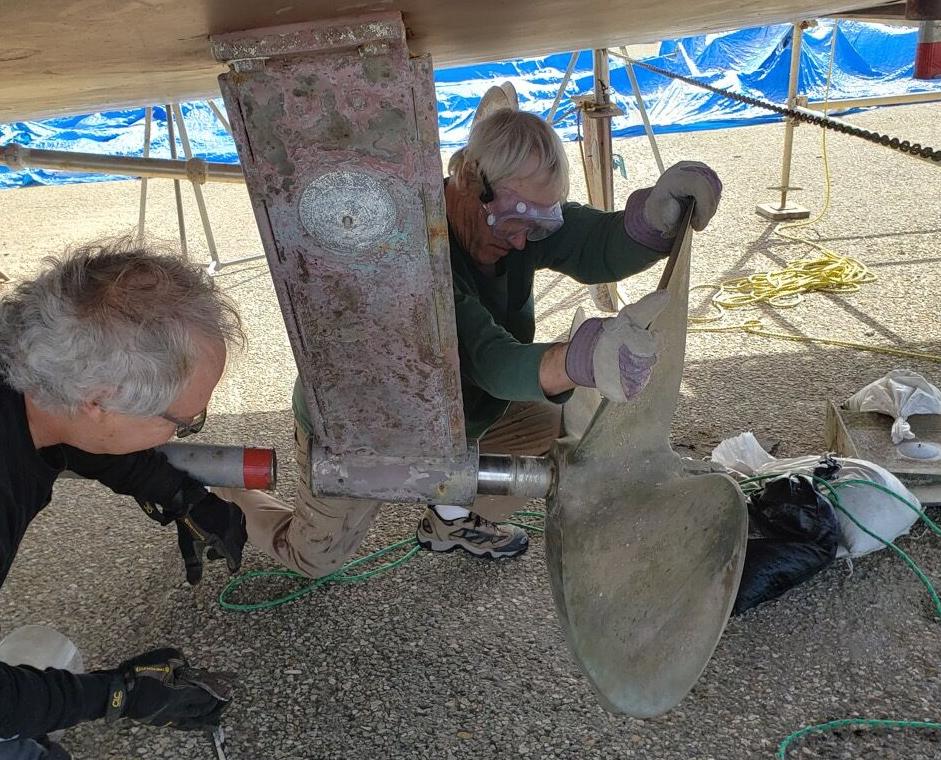 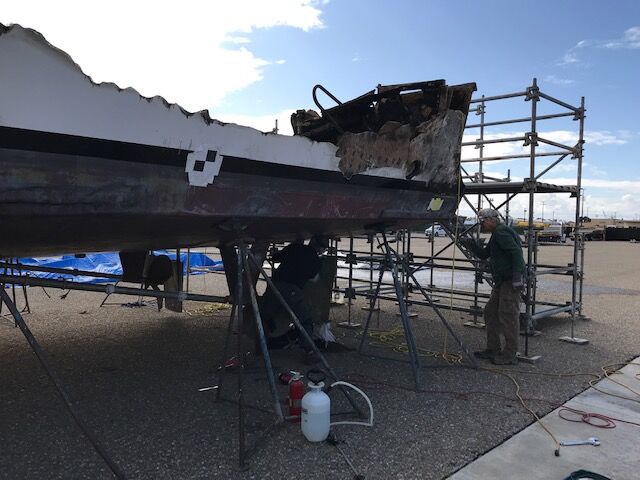 With help from the FBI, (right) orchestrated the removal of the Conception’s port propeller from the vessel remains located at the Port Hueneme Naval Base.

With help from the FBI, (right) orchestrated the removal of the Conception’s port propeller from the vessel remains located at the Port Hueneme Naval Base.

It’s been over a year since the Conception dive boat fire which led to the death of 34 people off the shores of Port Hueneme on Sept. 2, 2019. Since then, the Santa Cruz Island Foundation (SCIF) has sought to create a memorial honoring those who lost their lives that September morning.

Marla Daily, president of SCIF, wanted to understand how the tragedy could have happened and how the community could honor those who lost their lives. She and the SCIF board of directors decided to create a monument dedicated to the survivors which will be housed at a new cultural institution in Carpinteria—the Chrisman California Islands Center—to be located at the former Bank of America building on Linden Avenue.

The foundation received cooperation from the Coast Guard, Navy and FBI regarding the creation of this monument. The FBI gave SCIF members access to the remains of the ship which were located on the Port Hueneme Naval Base.

The group was allowed to remove a bronze propeller from the ship, which “took almost two hours to cut off” and “weighed almost 300 pounds,” explained Daily.

SCIF intends to use the propeller as the main ornament of the monument, that will be placed on top of a slab of granite and plated with the names of those who died in the Conception fire. The monument will be fabricated by the Santa Barbara Monumental Co. and is expected to be finished by early November.

Although the center’s development is still waiting for approval from the city of Carpinteria, initial plans are underway to display the Conception monument alongside a monument dedicated to the 12 airmen who crashed on the San Miguel Island during World War II. The San Miguel monument is currently being held on loan at the Santa Barbara Maritime Museum.

The National Transportation Safety Board (NTSB) recently announced their findings regarding their investigation into the fire, with NTSB Chairman Robert L. Sumwalt stating, “the Conception may have passed all Coast Guard inspections, but that did not make it safe.” The NTSB determined that the probable cause of the fires was due to an absence of a roving patrol that night which missed the early signs of the fire.

Daily hopes that SCIF’s Conception monument will bring some peace to the families that lost loved ones in the tragedy, saying that “all of the families will be invited to the monument reveal.”

To think that a labor day weekend out diving would lead to this. May the family and friends of the victims find some peace with this bronze monument.