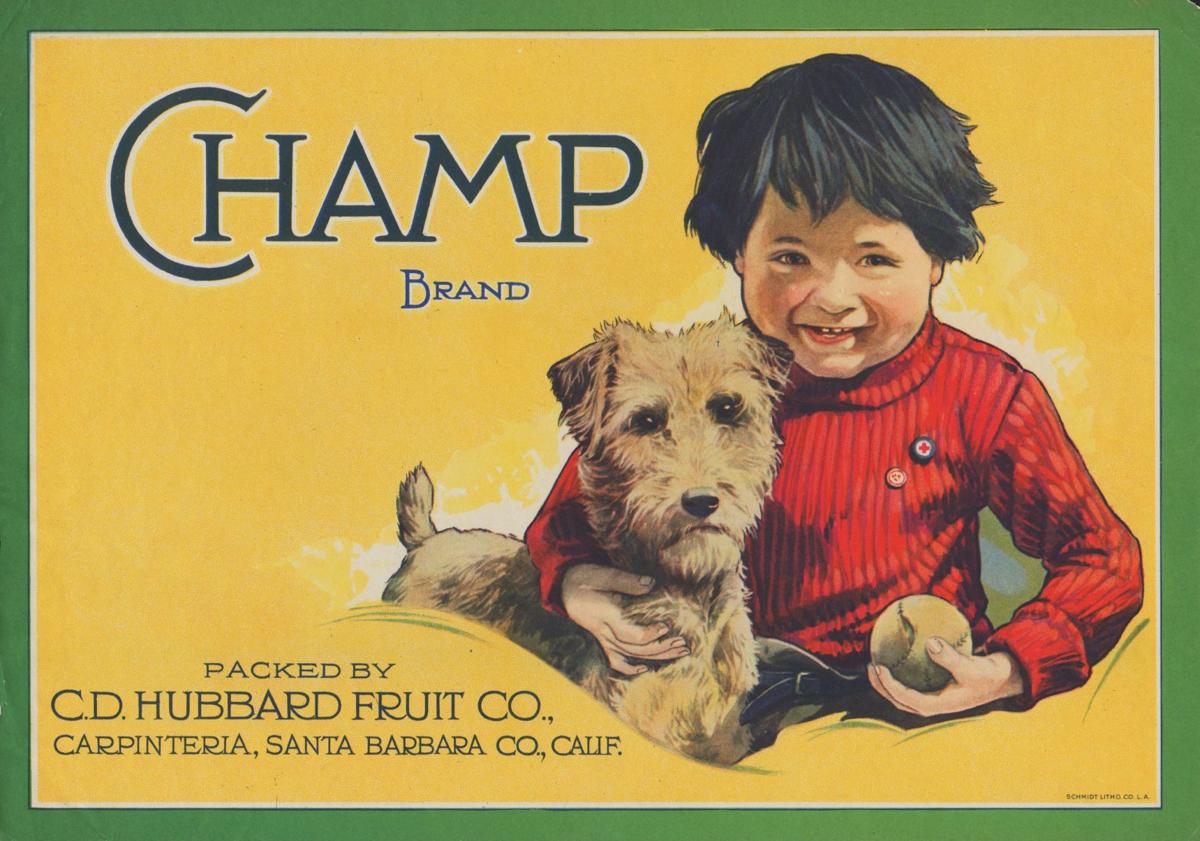 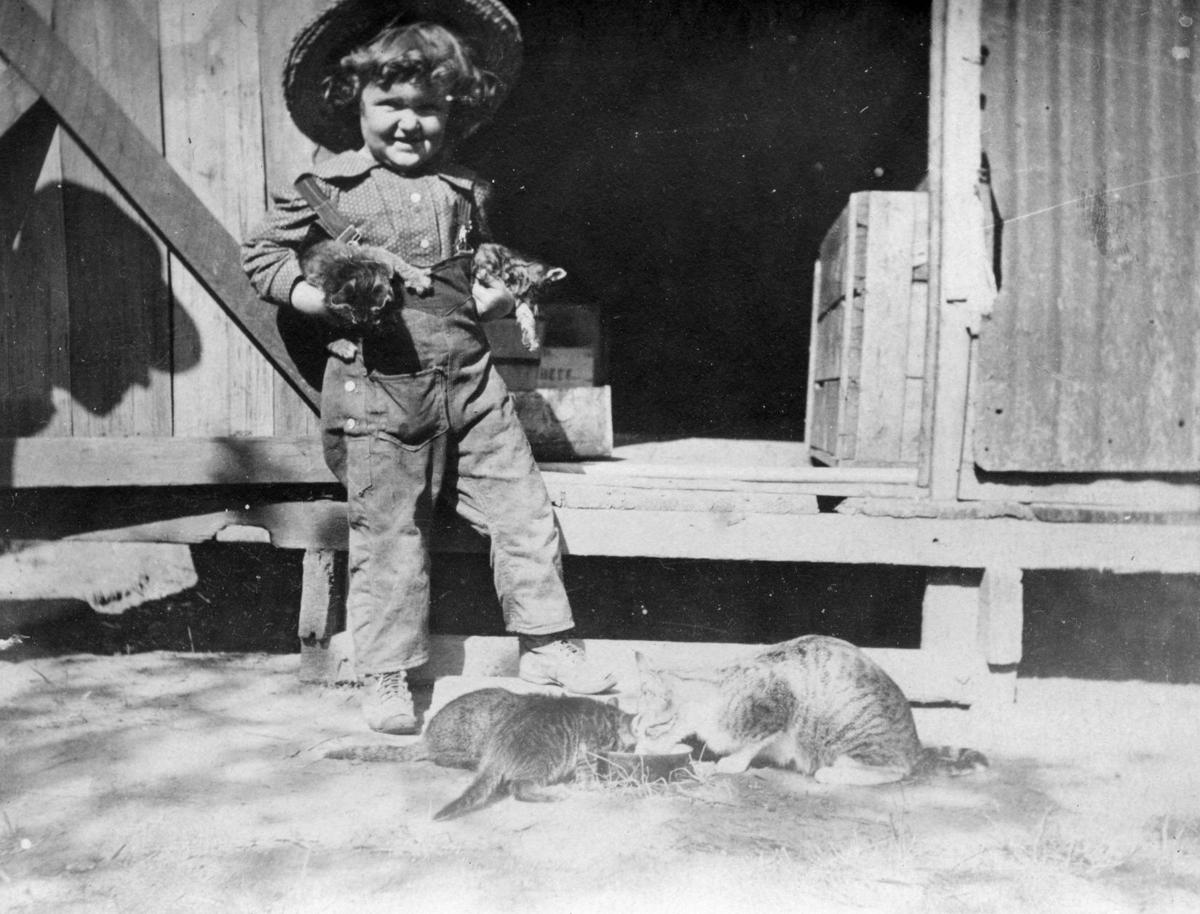 Some fruit box label collectors focus on collecting labels with children on them. Others focus on those depicting dogs. And others simply focus on great artwork. The Champ Brand out of Carpinteria has all three, and, as such, is a much sought after label. The fact that it is also a very rare label only adds to the satisfaction of having this label in one’s collection.

The Champ Brand adds luster to the winning formula of having great art, dogs and children on a label by using a common practice by many growers of the era of showing-off family members on their labels. Facially, the “champ” favors grower C. D. Hubbard’s son, Lester, as can be seen in the picture of him for this article, ca. 1904.

Curiously, the family album kept by Hubbard’s descendants contains little Lester in a series of photos holding a variety of farm animals—chicks, ducks, cats and a rabbit—but no dog. Ranch life without a dog would be unheard of, so where is the missing picture of Lester with a dog? One can assume it ended up on some artist’s desk at the Schmidt Lithography office.

In the years that followed the first appearance of the Champ Brand, ca. 1920, its artwork was never altered, in contrast to other Hubbard label brands. The boy, holding the dog under his arm and a baseball in his left hand, remained unchanged throughout citrus association reorganizations—from Hubbard to the Carpinteria Lemon Association and the Santa Barbara Lemon Association—into the 1960s. The packing house associations obviously knew they had a winning image to pedal their product.

CVN readers might wonder what became of the precocious Lester Hubbard of Champ fame. Truth be told, the little tyke grew up to be something of a Roaring ‘20s hellraiser, cavorting with the Hollywood crowd, driving fast cars, escorting beautiful starlets with his pal Albert Isham, owner of the Casa Blanca estate on Santa Claus Lane and rumored to have associated with a bootlegging operation during the Prohibition era.

When the family money ran out, Lester confined himself to the family home in the Carpinteria suburb of Serena Park, just east of Toro Canyon Road on Via Real. Living alone, he resurfaced in the 1960s as an old, eccentric hippie. He wore his hair long under a beret, sported a gray, stringy beard, and habitually displayed himself bare-chested. Ever the incorrigible, he covered the entry way to his house with a large white sheet that advertised a nudist colony within—and a stud fee of one dollar!

Lester hung around the young people of the Baby Boomer generation. He died in 1979, the little champ that aged with time, but refused to grow up.