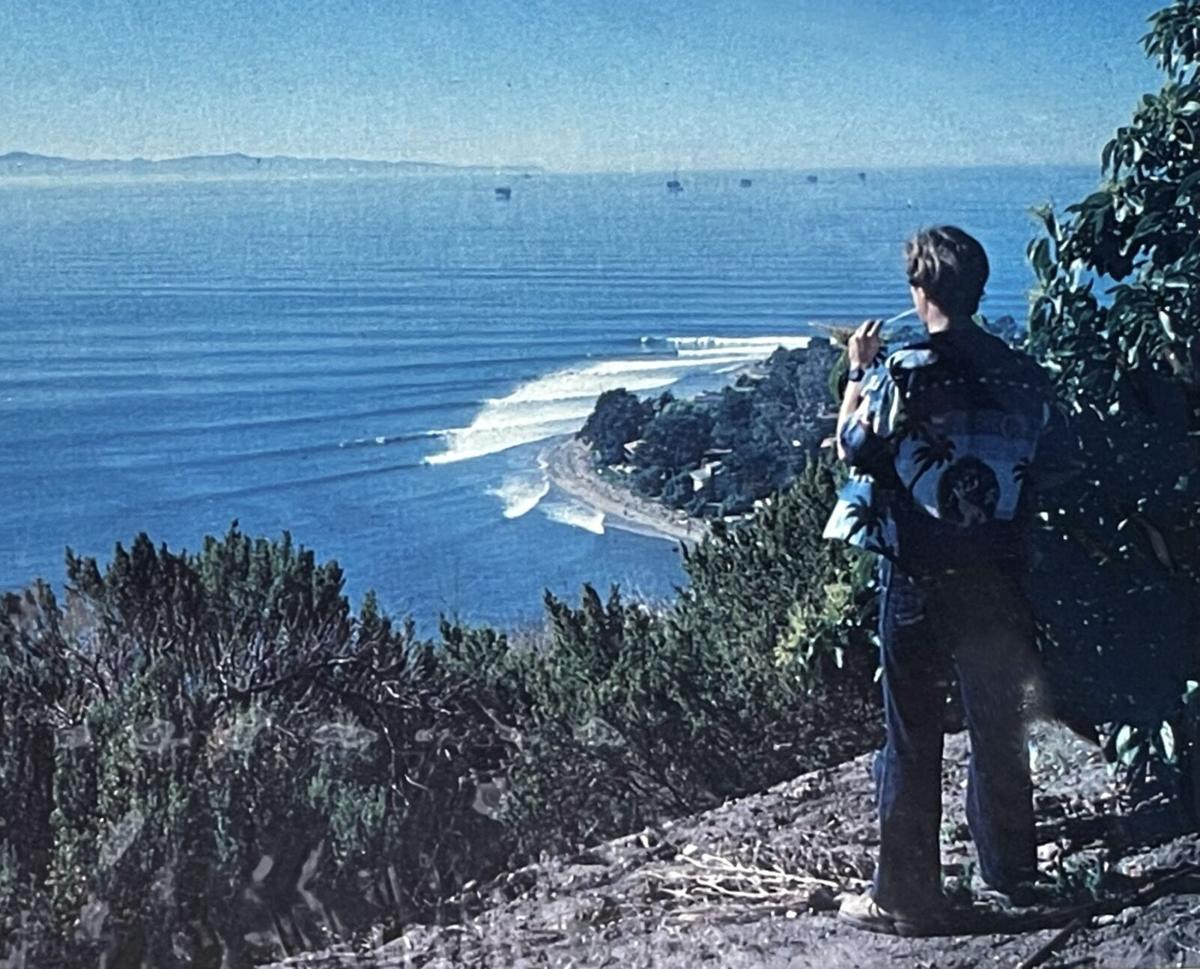 The Spanish settlers’ use of the term “Rincón” displaced the Chumash placename (“Shuku” and variants) for their own settlement at Rincon Creek. Pictured, Don Balch on Rincon Hill in 1980 checking the Point’s surf. 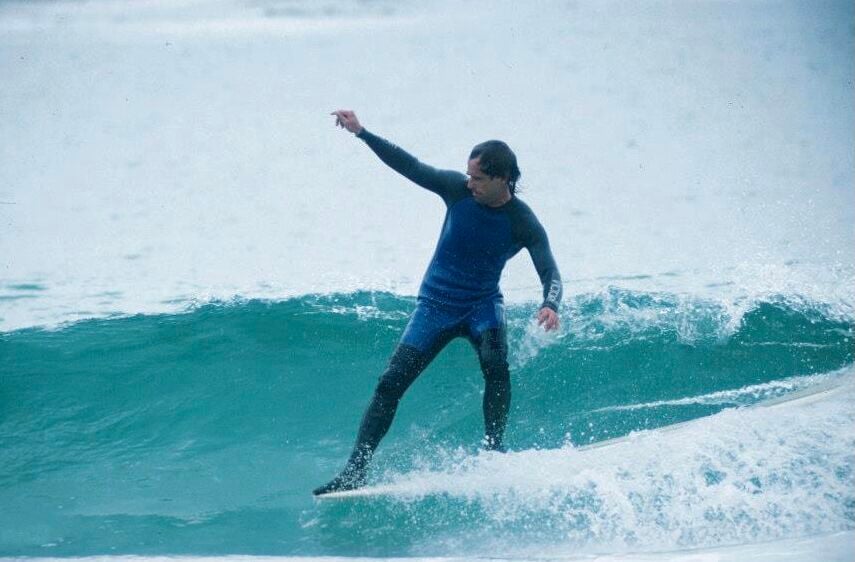 Don Balch nose-rides on a small Rincon Cove day on a longboard in the mid-1980s. 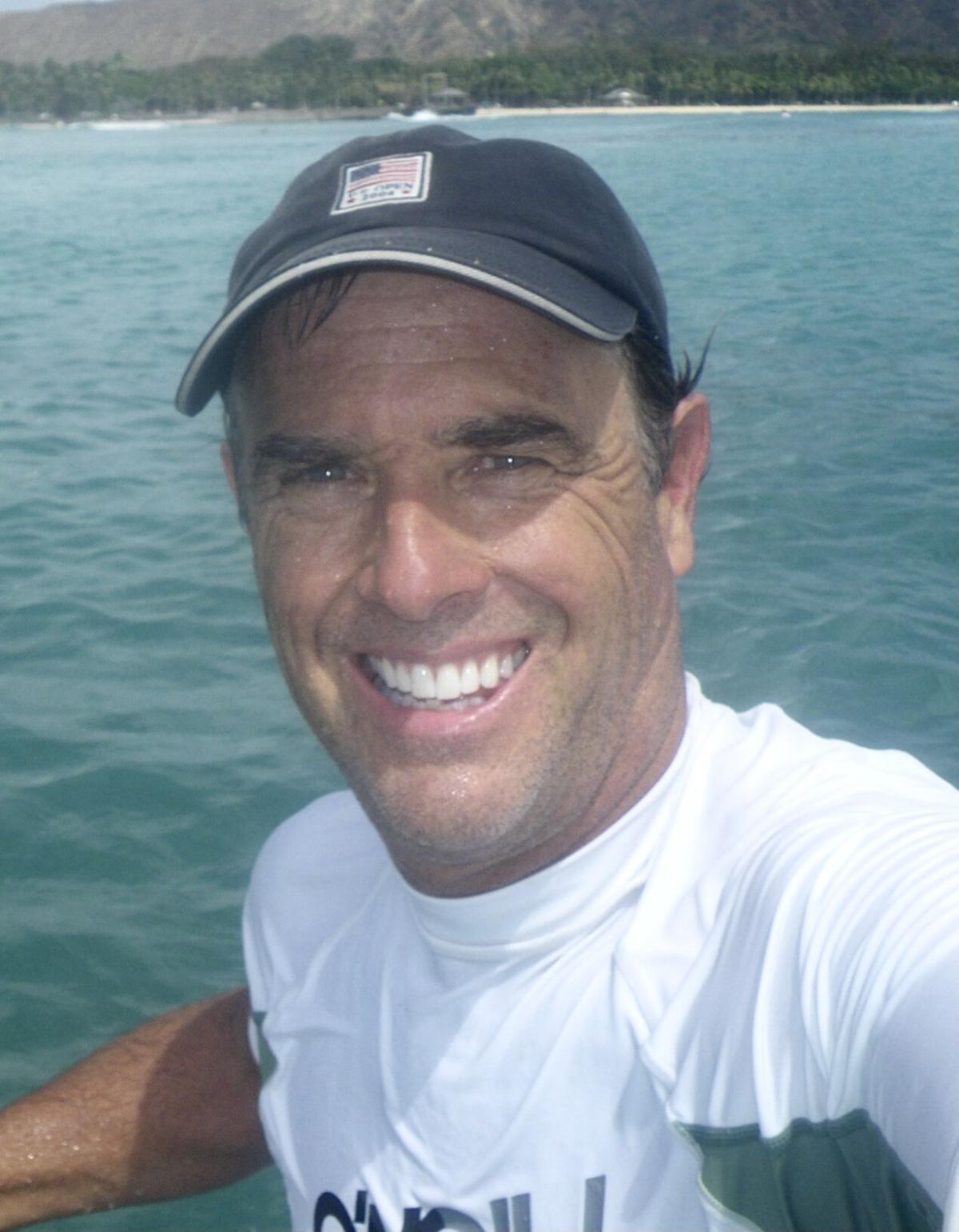 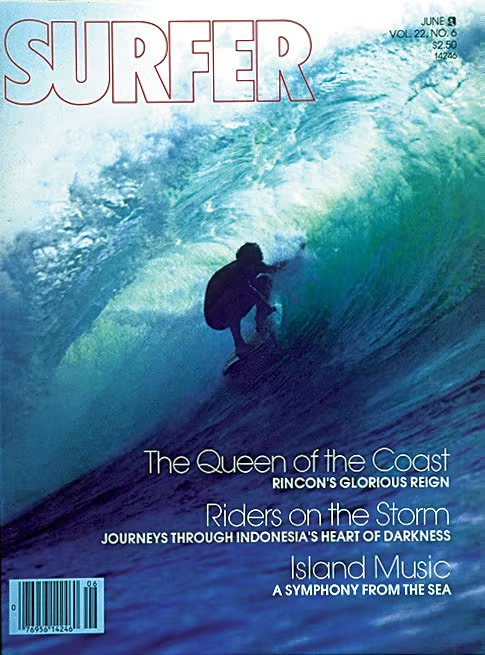 The Spanish settlers’ use of the term “Rincón” displaced the Chumash placename (“Shuku” and variants) for their own settlement at Rincon Creek. Pictured, Don Balch on Rincon Hill in 1980 checking the Point’s surf.

Don Balch nose-rides on a small Rincon Cove day on a longboard in the mid-1980s.

It’s well known that rincón is Spanish for “corner” or “elbow” and that Spanish explorers (most notably de Anza’s 1776 expedition) first used “Rincón” and its derivative “Rinconada” to describe the sharp bulge or point on the coast created by Rincon Creek’s sediments. Add English to the mix and we are left with the bilingual and somewhat redundant “Rincon Point” we use today.

The name Rincon Point displaced the Chumash placename (“Shuku” and variants) for their own settlement at Rincon Creek, despite the fact that they and their ancestors had been on site for many thousands of years. It’s also well known that Rincon Point has acquired another name, a bit fancier – “Queen of the Coast,” which gives the famous surf spot additional pizazz.

Much more than mere branding or a realtor’s kitschy gimmick, the Queen moniker honors the place’s beauty and waves and gives it a regal vibe. But who came up with “Queen of the Coast” and when?

The available evidence is that the QOTC honorific goes back exactly 40 years to a magazine story written by Santa Barbara surfer and photographer Don Balch who used it to headline and frame his June 1981 Surfer article: “La Rinconada del Mar: The Queen of the Coast.”

Alas, Surfer magazine is no more – dying (take your pick) of either natural or unnatural causes a year ago at the age of 60 – but Balch’s nickname lives on, gathering steam over the years. Type “Rincon” and “Queen of the Coast” into a search engine and you’ll come back with 500,000 hits, covering everything from websites hawking Rincon T-shirts and posters, to the Camarillo Hotel and Tourism Association, to information on the Rincon Brewery’s La Reina Lager – a tribute to the Point. Clearly, Don Balch started a really big ball rolling in the nickname department.

How did his brainstorm come about? According to Balch, he was “putting the magazine story together and thinking how nothing compares to Rincon because it’s a sort of ‘swell magnet’ with a super long ride. It’s an elegant and majestic wave that’s just unique. I thought how the Santa Barbara Mission is often called the queen of the missions for its beauty and then it came to me that Rincon is the queen of the coast.”

Bingo! The rest is history. The name has stuck, the posters have been printed, and Rincon Point was made regal by Balch.

Don Balch (b. 1952) first surfed Rincon Point (with local legend Andy Neumann) in early 1966 and was present for every major surfing event there from then until 1989. When not in the Rincon water himself, Balch always had a camera in hand. Balch sold his first surf photograph (to Surfing magazine) in 1974, and his photos and stories have appeared in all the important surfing publications. He also created several seminal surf films highlighting Rincon.

Filmmaker Wyatt Daily recently included footage from Balch’s films in his award-winning “Spoons: A Santa Barbara Story”(2019), a documentary about legends Renny Yater and George Greenough’s contributions to surfing (most taking place at Rincon). All this shows that Don’s credentials as a preeminent curator of surfing history, especially at Rincon Point, are impeccable.

Besides its catchy and enduring headline, Balch’s Surfer article is noteworthy for other reasons. First, it contains a useful surf history of the Point, making all of the important stops along the way, from Gates Foss to Yater to Tom Curren. But the article is most fun for its priceless snapshot of the 1981 cultural moment at Rincon complete with electronic-gate-card moochers, “locals only” tribalism (local black wetsuits versus dayglow wetsuits from L.A.) and a heart-felt homage to the place’s regulars.

Impressively, almost all of the late ‘70s and early ‘80s Rincon gang that Balch captured in his article are still regularly hitting the beach. The furthest afield is Ron Wolfe who reported in for this article from distant Rote Island at the far southernmost end of Indonesia, where he (appropriately) runs the Nemberala Beach Surf School.

So, what’s it feel like to have given an enduring nickname to one of the world’s top surf spots? Balch said: “It makes me feel really good. I was stoked when Surfer went with my title on its cover.” Definitely! Let’s give Balch a hearty congratulations for creatively crafting a fitting moniker for our beloved Rincon Point. Thanks, Don!

Local resident and historian Vince Burns is researching, writing, and collecting historical photographs and accounts for an upcoming book on the history of Rincon Point and the surrounding area. He is actively seeking participation from the community in the project and is grateful for submissions of photographs for possible inclusion in the book. If you have historical photos of Rincon Point or additional information on early men and women surf pioneers and locals there, get in touch with Vince at vinceburns805@gmail.com and (805) 758-0338. Note: A future article will run a complete “where are they now” for all the locals in Balch’s influential article.

I still have fond memories of judging the Queen of the Coast Contest with an impressive list of finalists including Jay Riddle, Skip Frye, Dale Dobson, Paskowitz and a couple other that memory escapes me at the moment. In our judges discussion others were really impressed with the tricks Dale was pulling but I told the others I was more impressed with the style of pure surfing that Jay was doing and my money was on the riddler. Then behind me, I heard a low volume "thanks" and upon turning around I saw it was Riddle eavesdropping on our deliberation.