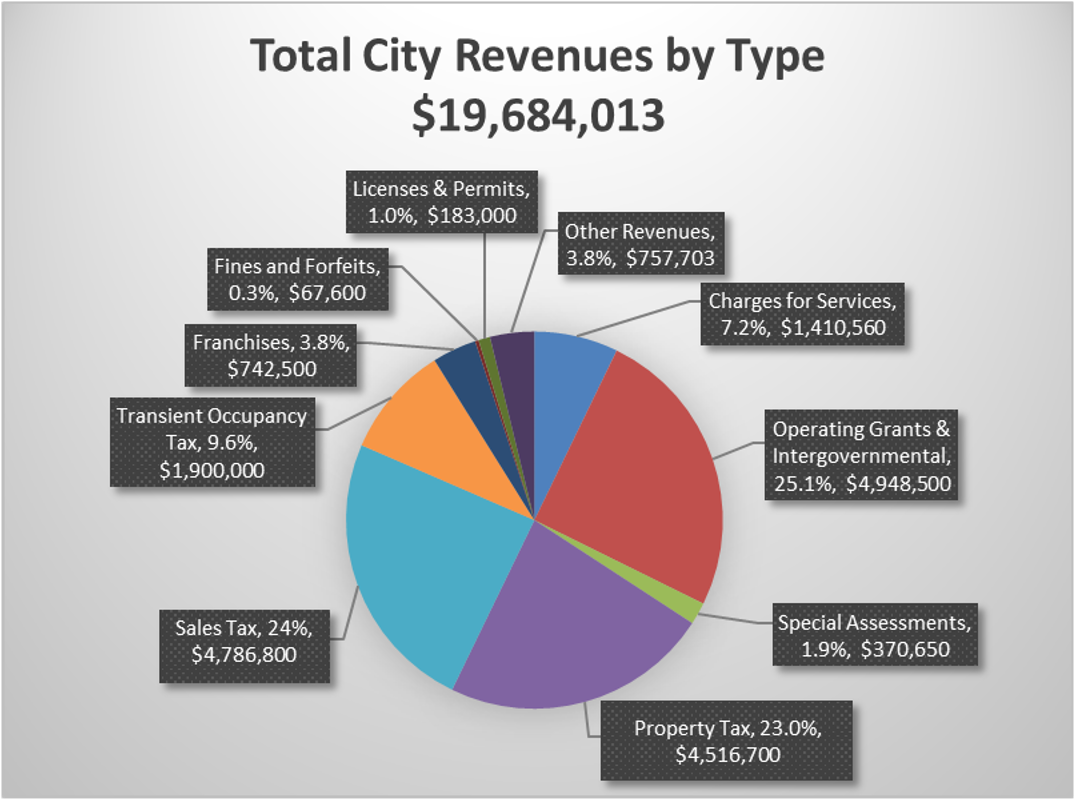 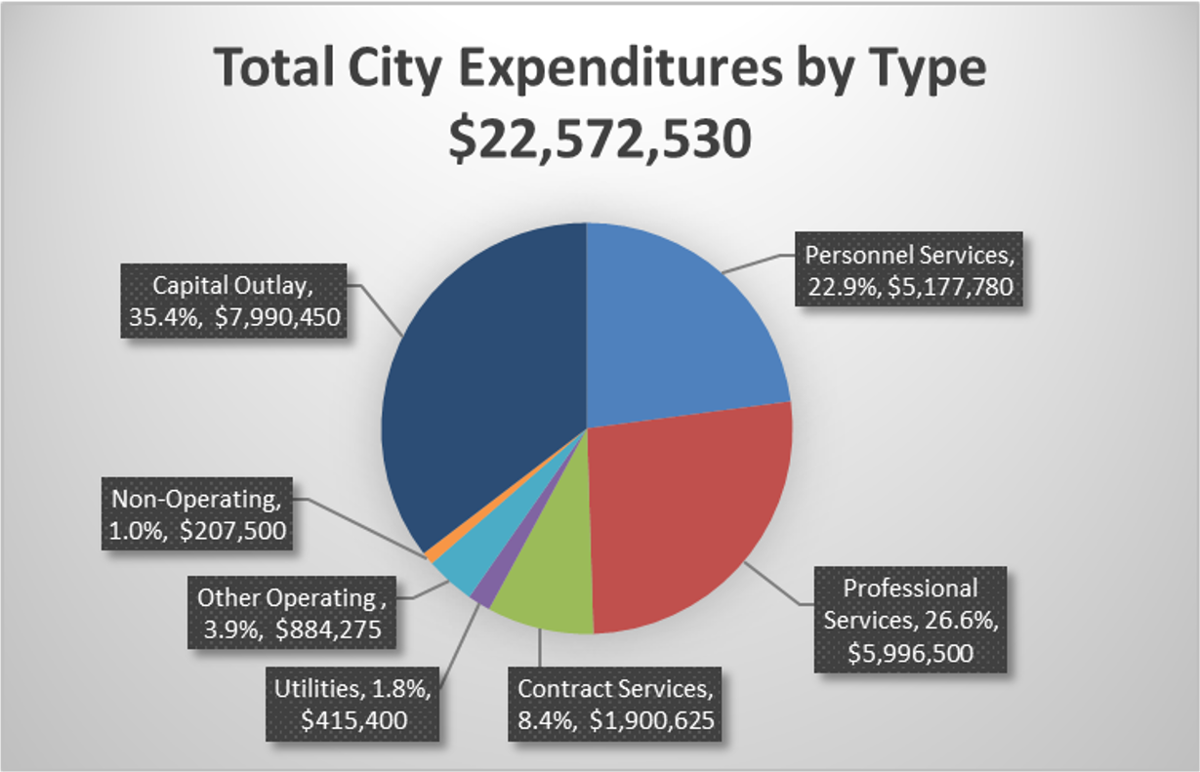 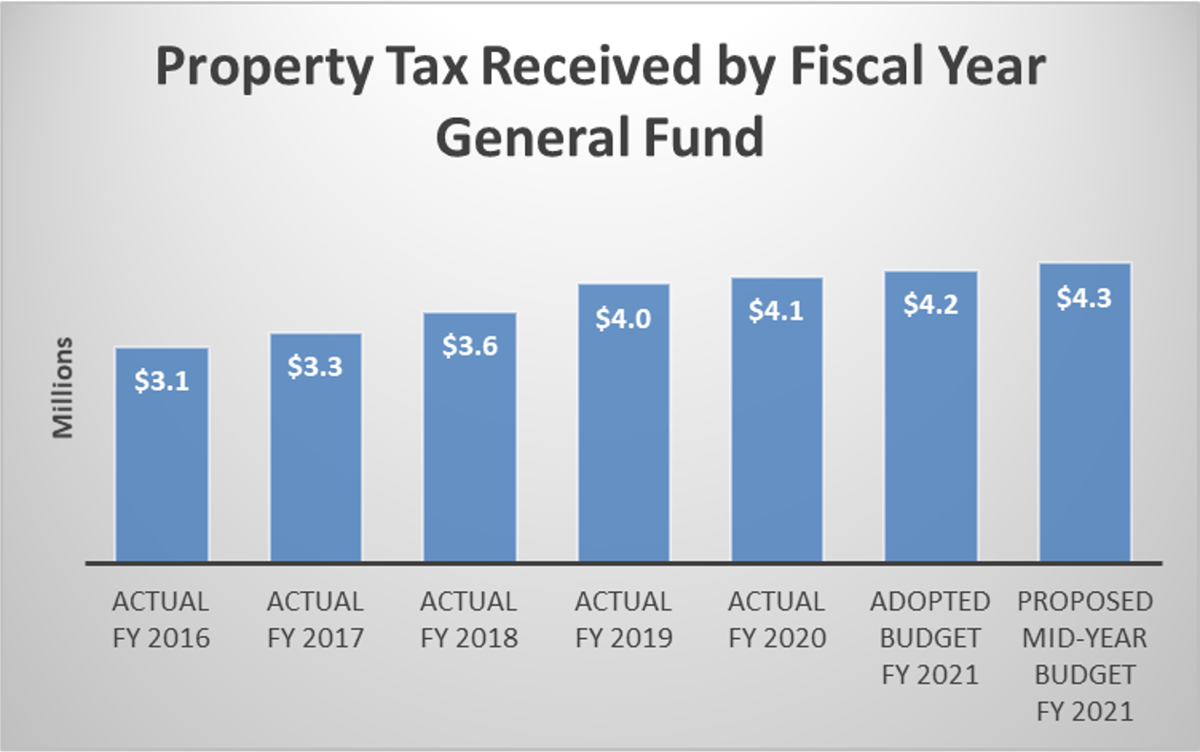 Property tax revenue continues to climb in the city of Carpinteria, despite the pandemic. 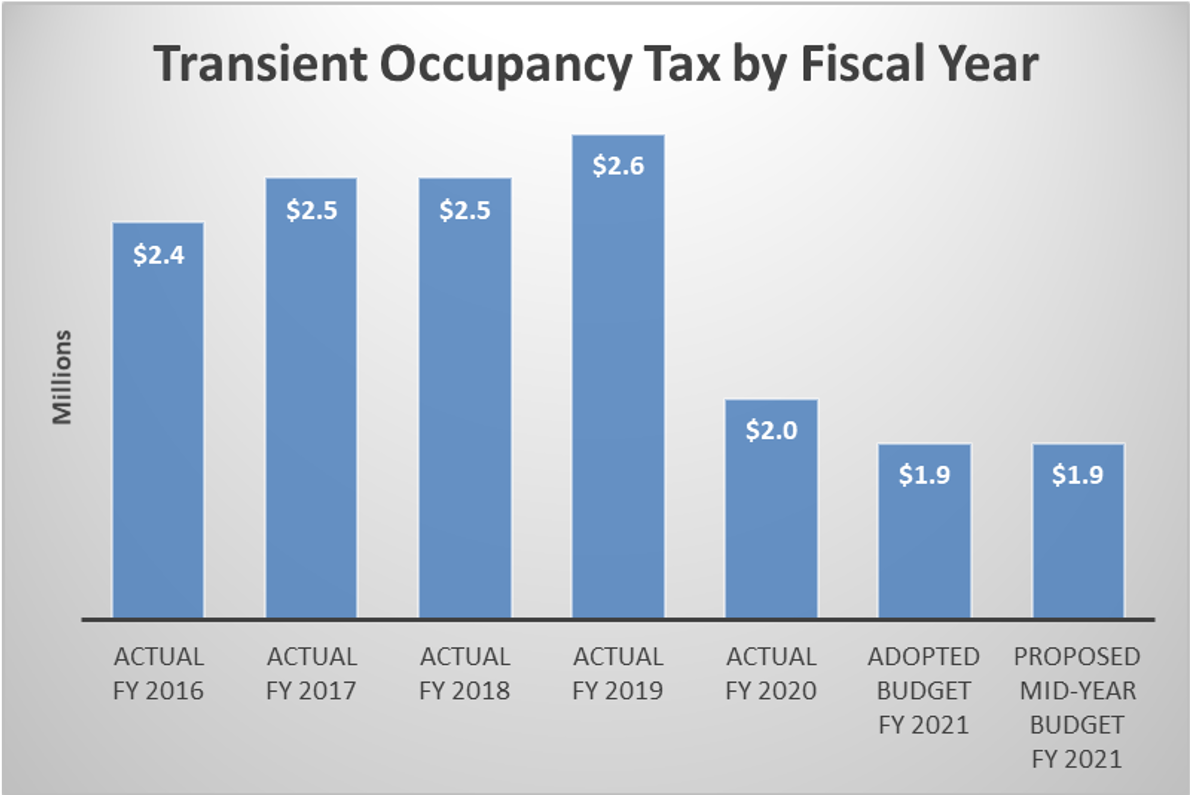 TOT revenue has plummeted since the Stay-At-Home orders were implemented in March 2020.

Property tax revenue continues to climb in the city of Carpinteria, despite the pandemic.

TOT revenue has plummeted since the Stay-At-Home orders were implemented in March 2020.

“Even though I run the economic forecast project, this is exactly the reason I don’t forecast. Everyone was wrong,” said Peter Rupert, director of the Economic Forecast Project at UCSB. “We didn’t know what it would be looking like a year ago.”

Rupert was addressing a virtual crowd during the Carpinteria State of the City meeting hosted by the Santa Barbara South Coast Chamber of Commerce on Friday, March 19. The event was filmed at the LinkedIn campus (formerly of Lynda.com) in Carpinteria.

In economic terms, Rupert noted several historic numbers from 2020 – some indicators of positive growth and others of critical losses. From the data collected between March of 2019 and March of 2020, “some markets are just on fire,” said Rupert, while others are “still reeling.”

Among the sectors having historic gains are the stock market and, specific to Santa Barbara County, real estate and cannabis.

“Stock markets are setting records every day,” Rupert said. “Real estate is on fire. Housing sales have never been more busy.” The result: Santa Barbara County will have a $5 million budgetary surplus this year – $3.5 million from property taxes alone.

In the South County, since the pandemic started, the average sale price has gone up 21%. However, the numbers in Carpinteria are strikingly higher – “through the roof (pun intended),” remarked Rupert. The median home sale price in Carpinteria is now 37% higher than it was this time last year.

Cannabis sales have exceeded expectations in the past 12 months by $3.4 million. “That’s $3.4 million more than people thought was going to happen a year ago,” Rupert said. “People are stuck at home. What else are they going to do?”

Retail has remained steady, despite an uptick in online sales (online sales now make up 14% of sales countywide), according to Rupert. “I think most people believe that we’ve gone completely online, but it’s only 14%. The pandemic has accelerated that increase, but retail is not dead,” Rupert said.

Still, despite the good news for some sectors, many others are struggling. The labor market took a historic blow, reaching 15% unemployment countywide at its worst in late spring 2020. A year later, with reopenings expanding, Santa Barbara County unemployment is now at 7%. Before the pandemic, that figure was 3%. “Every time the government allows things to open up, we see an increase in employment,” Rupert noted.

While property taxes are up, transient occupancy taxes (TOT) are down by $2.8 million. These taxes, also known as bed taxes, come mainly from hotels and have been hugely impacted by the ongoing restrictions to the event, leisure and hospitality sector.

Rupert’s final moments were dedicated to an urgent warning to the community regarding the long-term economic impacts to children caused by the disruption to their schoolyear.

“Education is a big deal,” said Rupert, “We really have to understand that children who have lost basically a year of schooling and especially children in some of the lower income levels, they have lost a year of schooling. We know as economists how much that affects long-term income. One concern that I have is what will happen with income inequality going forward over the next several years if these kids are not in school? Their lifetime income goes down by something like 15%.”

Rupert also noted that “children in richer areas have not suffered as much; they have hired teachers through pods, and so on.”

Carpinteria city manager Dave Durflinger discussed the city’s budget and other updates. Notably, Durflinger stated that by July of 2022 the city will be operating its own library and that by November of 2022 City Council elections will be by district – “to encourage more equity in representation.”

In terms of the city’s budget, Durflinger stated that spending outsized revenue in the past 12 months. “In my 22 years at the city, this is only the third time we’ve had deficit fund spending,” he said. “We don’t do that lightly. Using the rainy-day fund was important to continue to deliver needed services to the community.”

While property taxes have been “a good bit of news as it has continued to grow despite the pandemic,” Durflinger said, Carpinteria’s TOT taxes were down by $1.3 million this past year.

Carpinteria Mayor Wade Nomura discussed how the city has responded programmatically to the pandemic, noting website updates, branded signs, the #CarpCares campaign, “Mask-up” chalk art and the LED signs at Hwy 101 off ramps.

These measures have been implemented to raise community awareness and safety and also to present an “inviting force that we as Carpinterians have for our visitors.”