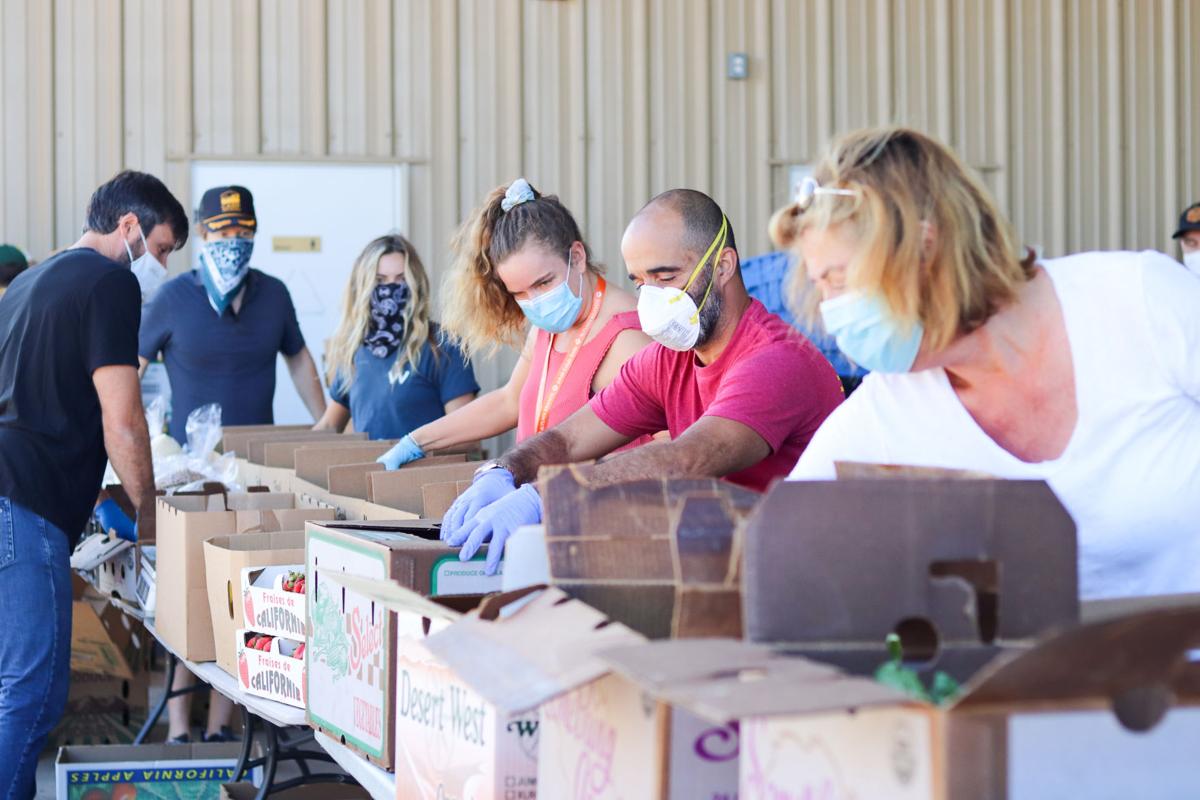 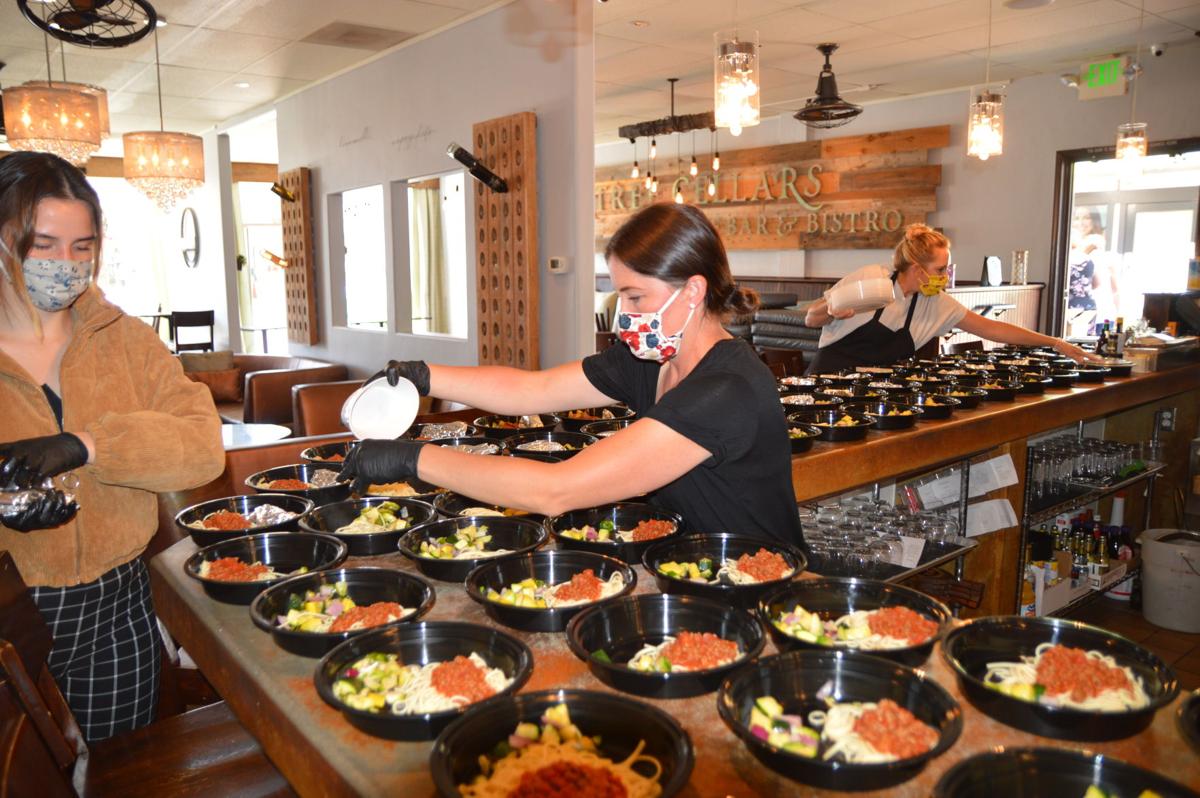 At Corktree Cellars, 200 Sunday meals are prepared for seniors, funded by 93013 Fund. 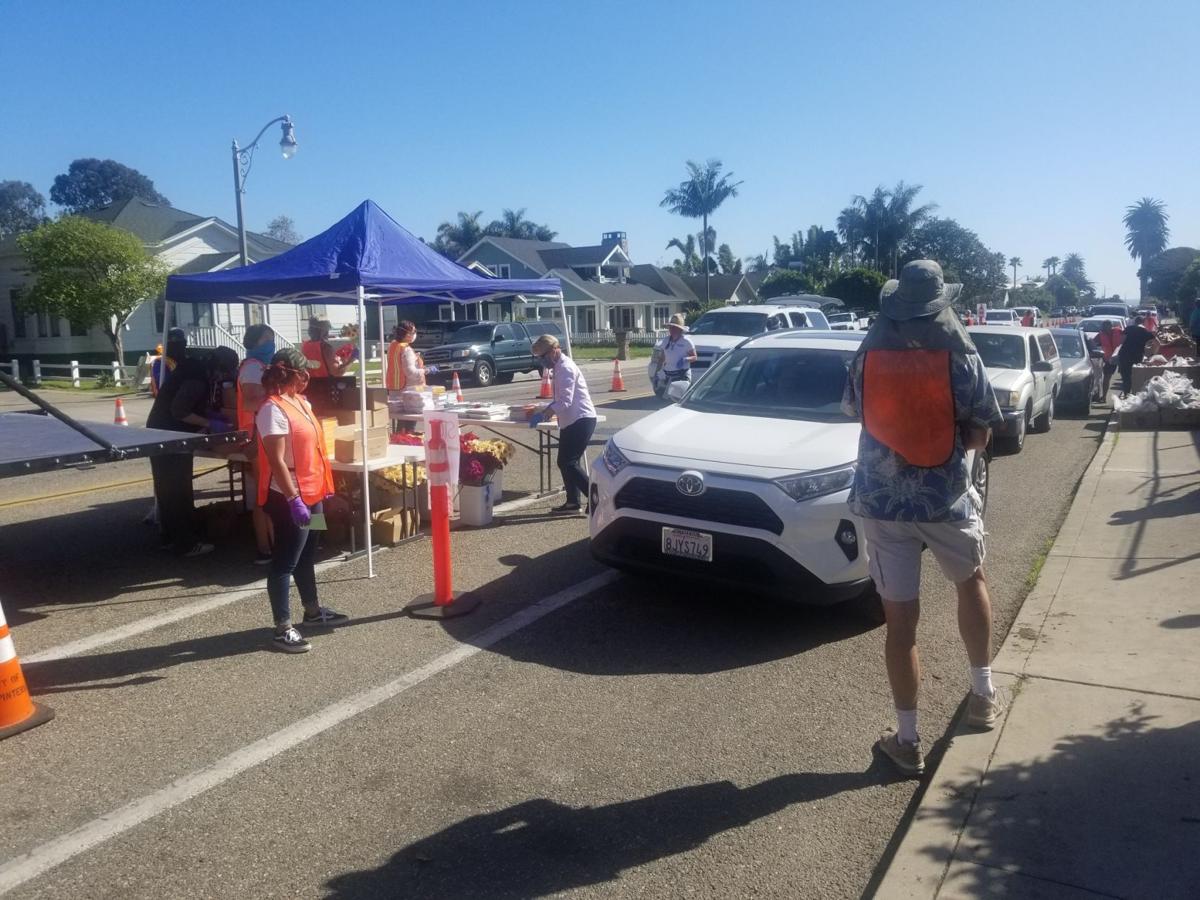 Hundreds of cars line up for the Foodbank’s drive-through food distribution at CCP. 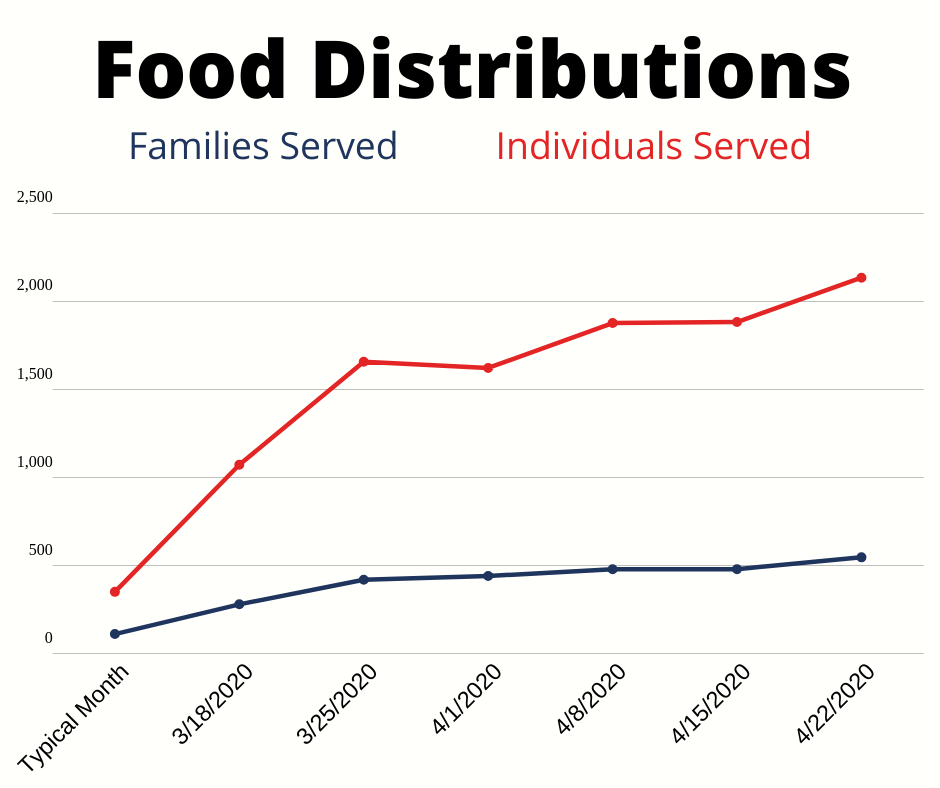 At Corktree Cellars, 200 Sunday meals are prepared for seniors, funded by 93013 Fund.

Hundreds of cars line up for the Foodbank’s drive-through food distribution at CCP.

Carpinteria is currently experiencing a scale of food insecurity unmatched in recent memory. Before the Covid-19 pandemic, the Carpinteria Children’s Project (CCP) served roughly 500 individuals at a monthly food distribution. By March 2020, they were distributing food to over 1,500 people each week; and by last month, they were serving over 2,000 people each week—that’s 3,400 unique individuals in April—six and half times more people than just a handful of months prior.

“Frankly, I did the calculation and the tears started flowing,” said Maria Chesley, executive director of CCP. “So many are scared—scared of getting sick and scared they will not be able to take care of themselves or their children even if they don’t get sick because they’ve lost their jobs.”

Before Covid-19, once a month, CCP’s Promotores de Salud of Carpinteria along with other volunteers, distributed groceries from Foodbank of Santa Barbara. Need increased quickly once the March 19 stay-at-home order shut down businesses and left many unemployed or severely underemployed. In response, CCP, the United Boys and Girls Clubs and Carpinteria’s Rotary Clubs began organizing a weekly distribution of staple groceries from the Foodbank. Other businesses and organizations also began to provide additional items for distribution, such as books from Artesania para la Familia, flowers from Westerlay Orchids, salsa from Casa Hernandez, gift certificates to local restaurants from 93013 Fund and agricultural products from local farms.

For many Carpinterians, the expanded food distribution has been critical. Carpinteria resident Patricia Carrillo saw income cut dramatically in her household of six adults and one child. Carillo works in housekeeping in Montecito and her husband is a gardener and mechanic. They live with their three-year-old daughter, Carrillo’s parents, her aunt and her sister-in-law. “The truth is it’s helped a lot,” she said, “we get the basics from the Children’s Project food distribution, and that means we don’t have to go to the store to buy them.” Because of the weekly bags of groceries that they pick up at CCP, Carrillo said, she’s not worried about her family going without food, though she does worry about being able to afford other expenses like rent and health care.

In early April, Carpinteria’s 93013 Fund—founded with seed money from CARP Growers—began supplying CCP with 250 weekend food boxes packed with Farm Cart Organics produce and other staples from local businesses like rice, beans and tortillas. Every Friday, CCP distributes the boxes to its families with the most need.

Among the most vulnerable in Carpinteria are its seniors. For seniors, in addition to possible economic losses, the recommended self-isolation protocol for seniors to reduce the risk of infection can make trips to the grocery store more challenging. Between March 13 and May 1, Community Action Commission of Santa Barbara County (CAC) saw a 44 percent increase in seniors participating in their meal programs. Countywide the percent increase is 30 percent.

In Carpinteria, seniors can sign up to pick up a bag lunch on weekdays at the Veterans Hall or to receive home delivery service of prepared meals and groceries. Last week, 263 Carpinteria seniors received prepared meals from CAC. At the end of March, when increased demand became clear, the CAC received supplemental funding from the city of Carpinteria for their senior nutrition program.

Eighty-nine-year-old Doris LaMarr lives by herself in Carpinteria. She signed up to receive meals and groceries after Covid-19 made eating out and shopping more difficult, though she still visits supermarkets when needed. “Seniors need food and if there’s any extra we need it,” LaMarr said, also noting that “whoever is fixing the meals is doing a great job.” With her son in San Diego and her daughter “in Heaven,” receiving a box of groceries and pre-fixed meals has been a big help, and even fun, “you never know what’s going to be in it.”

“As this crisis continues, we anticipate a continued increase in seniors needing prepared meals,” said Patricia Keelean, CEO of CAC. “Nutrition is a vital part of maintaining a healthy immune system, and older people are most at risk for contracting Covid-19 and becoming seriously ill.”

This month, Carpinteria’s 93013 Fund started sending hot meals to seniors on Sunday nights. The first Sunday they delivered 75, and the second, on May 3, they delivered 200. The fund plans to continue weekend food boxes and Sunday senior dinners through May. By that time, the 93013 Fund estimates that between the weekend boxes, restaurant gift certificates and Sunday meals, they will have served 40,000 meals.

“It’s pretty amazing how many Carpinterians are being supported with food,” said Chesley. “Carpinterians really take care of each other.”