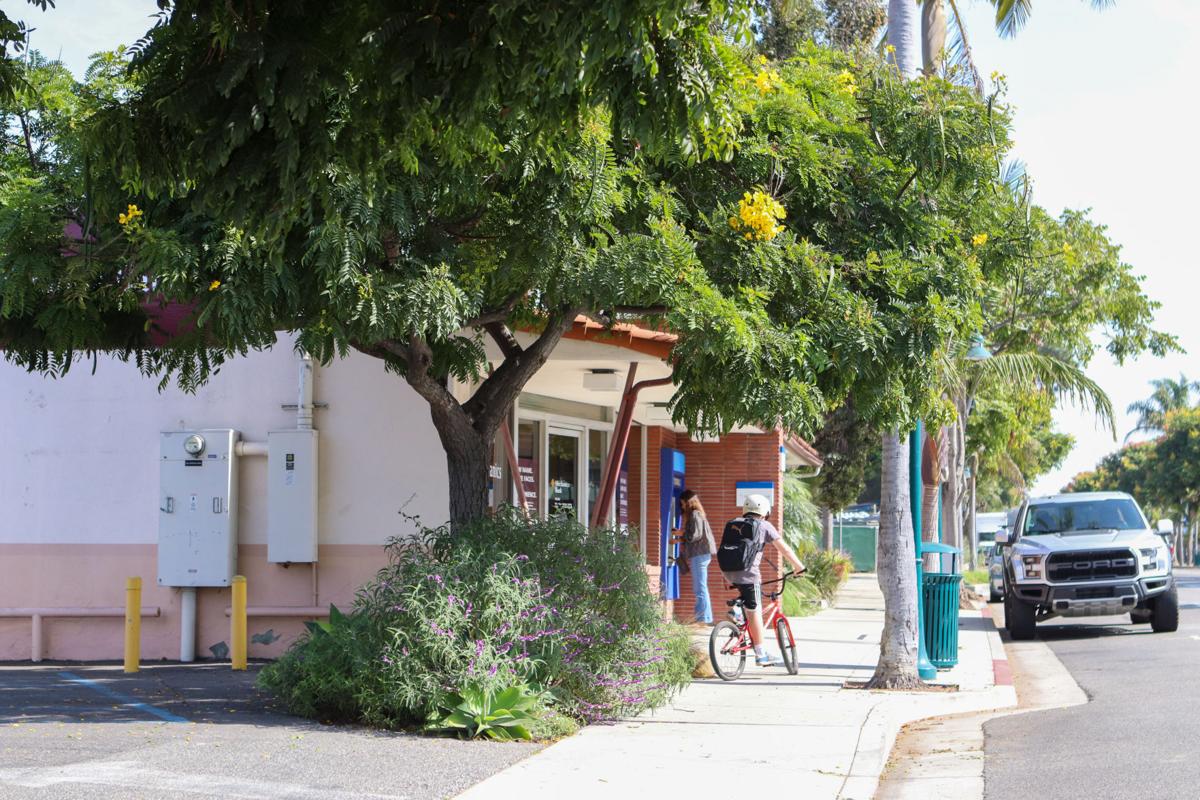 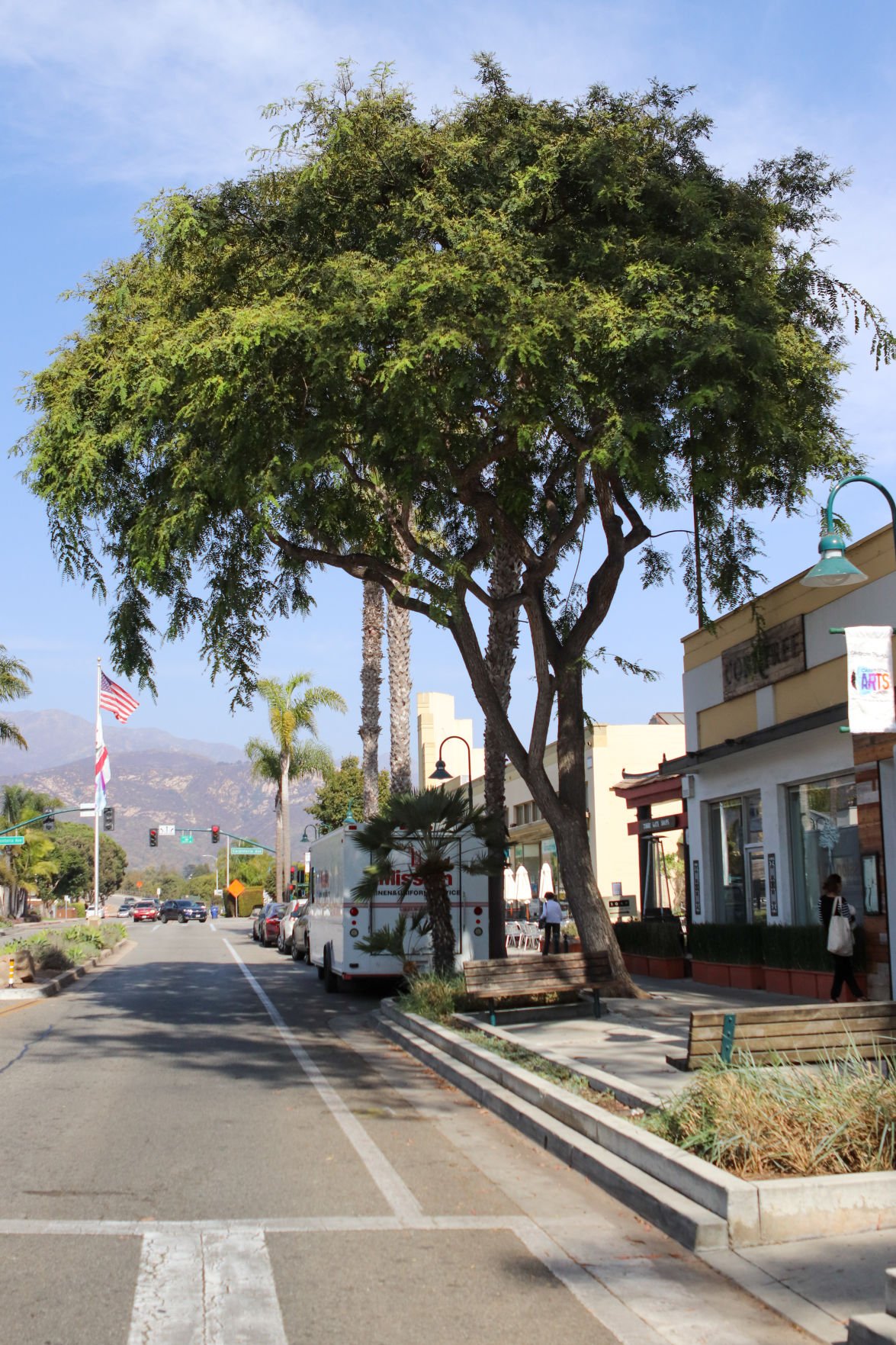 A Tipuana tipu located on Linden Avenue near Wullbrandt Way will be removed and replaced with a Ginkgo bilobas by the city of Carpinteria. The Tipuana’s shallow root system has buckled the sidewalk.

A Tipuana tipu located on Linden Avenue near Wullbrandt Way will be removed and replaced with a Ginkgo bilobas by the city of Carpinteria. The Tipuana’s shallow root system has buckled the sidewalk.

Over the last several years, Carpinteria’s Downtown T has undergone a gradual street tree shift. In place of the formerly widespread Tipuana trees, Ginkgo bilobas are being planted in several locations downtown.

Tipuana tipu trees became a very popular street tree in the late 1980s. Many cities in California planted them and initially reaped the benefits of their fast growth and ample shade canopy. However, the city of Carpinteria and numerous other municipalities have discovered that the lovely, shade-providing Tipuanas come with severe consequences.

Messy and in need of regular pruning, the most troublesome aspect of Tipuanas is their fast-growing shallow root system. The aggressive roots buckle sidewalks, crack streets and curbs, and create hazards for pedestrians, cyclists and even motorists.

While the Tipuana has proven itself to be a costly and harmful street tree, the Gingko biloba has become a shining star among street trees. It is planted throughout temperate zones around the world. The ancient tree is well loved for the blaze of golden foliage it produces every autumn. Municipalities choose the tree for its ability to thrive despite urban stressors such as air pollution, soil compaction and excess soil salts. The species is also resistant to insects and diseases that plague many other trees.

Gingkos are also very interesting trees from an evolutionary perspective. Though the Gingko is propagated worldwide, it is listed as endangered because the only wild populations are clustered in two tiny areas in China. Known as a “living fossil,” the Ginkgo’s existence goes back 270 million years in the fossil record.