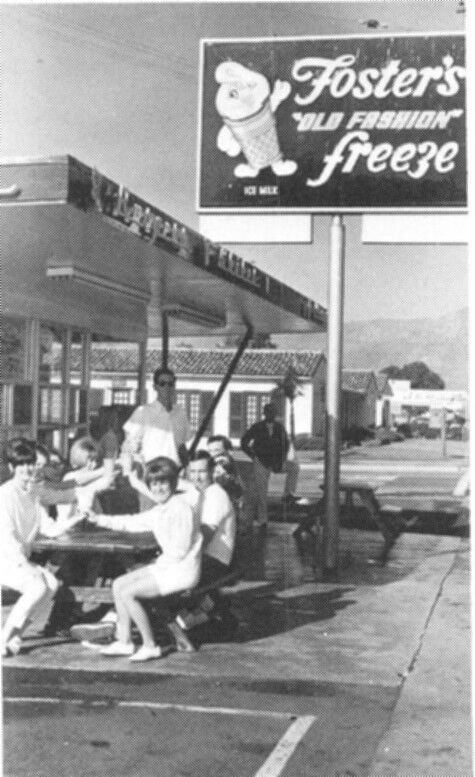 The “cool kids” of Carp High hang out at Fosters Freeze in 1967. Gail Granaroli and Cory Deaderick are ready for an afterschool snack and Paul Summers stands at the back of the table in dark glasses. 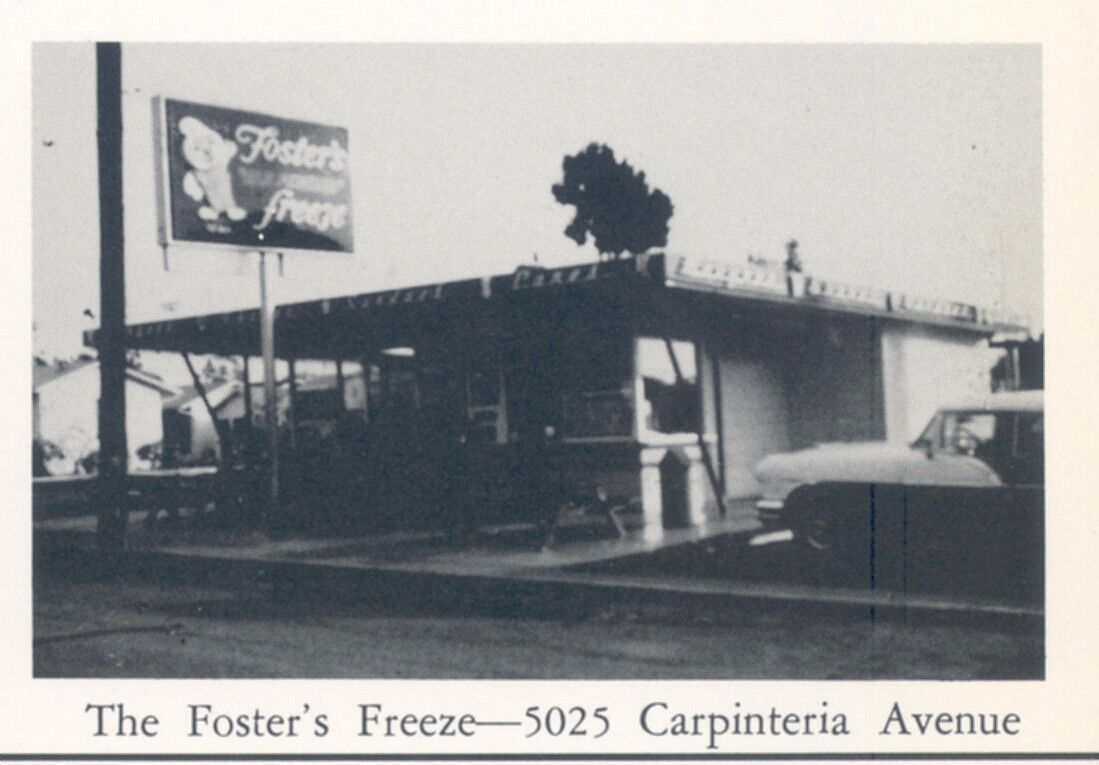 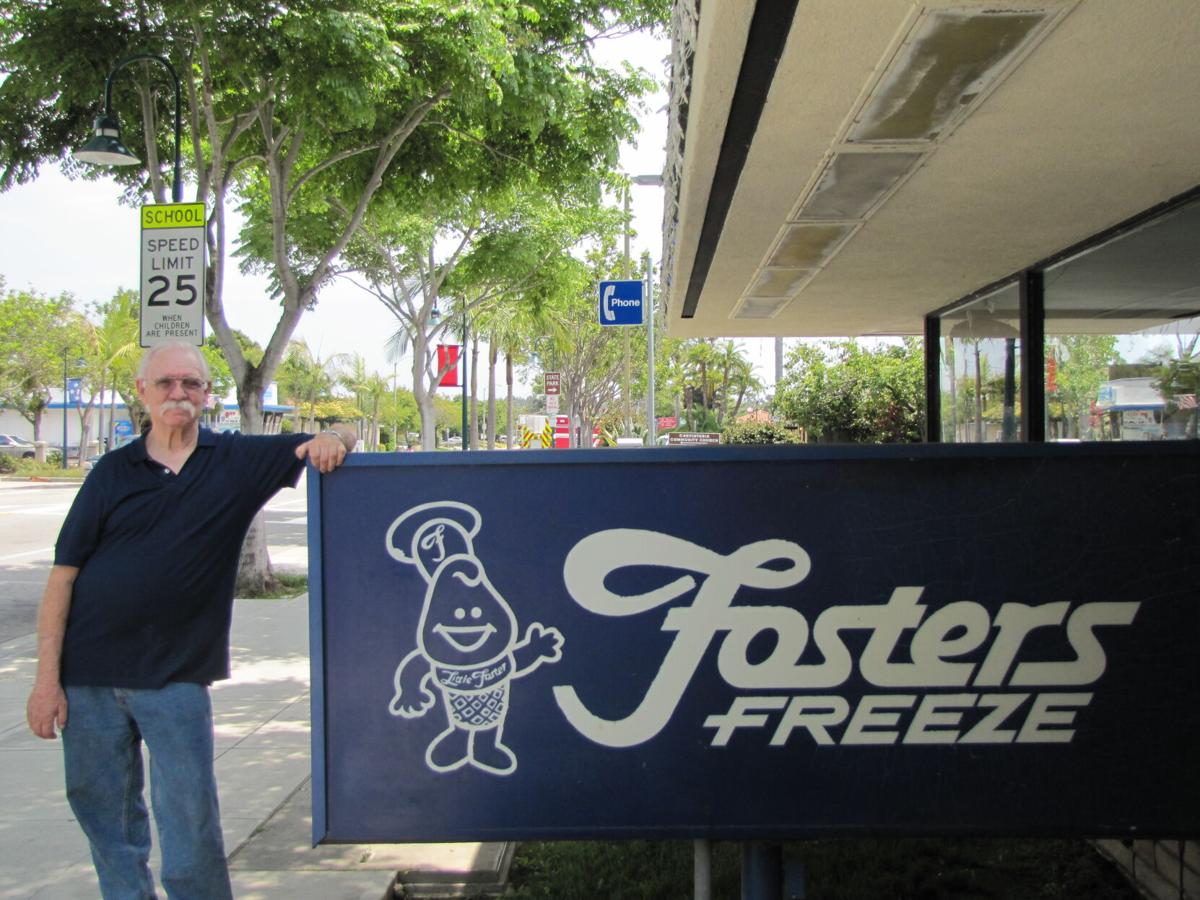 The late Dave Pettit stands proud at the Carpinteria Fosters Freeze that he owned from 1964 until his passing in 2012.

The “cool kids” of Carp High hang out at Fosters Freeze in 1967. Gail Granaroli and Cory Deaderick are ready for an afterschool snack and Paul Summers stands at the back of the table in dark glasses.

The late Dave Pettit stands proud at the Carpinteria Fosters Freeze that he owned from 1964 until his passing in 2012.

Originally the Coast Drive In (aka the 101 Drive In) at the southeast corner of Carpinteria and Walnut avenues from the 1940s until about 1955, this hangout spot for teens morphed into the Snack Shack in 1957 for a few years, then settled in for the long haul as Fosters Freeze in 1961. Serving hamburgers, fries and shakes for nearly 80 years at the same location would seem to warrant status as an institution, but at the end of this week, Carpinteria’s Fosters Freeze will see its doors close for the last time.

Since its first days, when the bell rang and the school day ended, teens would flock across the street from Carpinteria High School (CHS) at Palm Avenue for an afterschool snack. George Coshow, Class of ’56, remembered, “Because the 101 Café was across the street from the high school, it saw a lot of me” (Carpinteria Valley Historical Society’s “The Grapevine” May/June 2018). And Jon Washington, Class of ‘59 added, “We wanted to eat in the car because of the car hops, but our parents took us inside. I remember the machine for playing records—10 cents per, or three for a quarter.”  Indeed, the Coast Drive-In resembled a scene out of the classic 1973 film “American Graffiti.”

The teenage hangout stayed hot in the ‘60s for get-togethers after school and sporting events, and continued as a popular hangout even after Carpinteria High moved to Foothill Road during the 1967/68 school year. After school, kids sought dairy food and Fosters Freeze was best known for its cones, dipped chocolate cones (wow!), half and half cones, malts, banana splits with whipped cream and nuts sprinkled on top.

As a student-teacher at Carp High in 1970/71, I would see my students each morning in class, and could meet them again after school at Fosters. The extra distance to drive, or walk, to Fosters Freeze was no deterrent.

David Pettit managed the Carpinteria branch of the national chain starting in 1964. He purchased the franchise 11 years later in 1975. It was a family run business with his four sons and daughters all working there at one time or another, but Pettit also hired many part-time high school students over the years to assist. He trained many cooks in the culinary art of fixing a good burger. It was good for business as his younger staff drew in their friends. Occasionally, he trusted them to run the restaurant on their own. This sometimes led to the usual hijinx that younger people will engage in.

Bud Bridgers, CHS Class of ’66, recalled going to Fosters with his buddy, Gary Sanders, Class of ’67.  Gary ordered a burger. Jack Moyer, another buddy of theirs, also Class of ’67, was working the kitchen that evening and decided to pull a prank. He placed a plastic cup top inside the burger and served it. Gary took a bite with a crunch. He then calmly wrapped his burger back up, took a quick wind-up and fired a strike into Jack’s face with it. Someone got the last laugh and it wasn’t the mischievous Jack.

Almost 60 years have passed since Fosters Freeze brought the national chain to Carpinteria. This week—in its final days—Fosters Freeze is still playing the tunes of the car hop days, the oldies but goodies of the ‘50s and ‘60s, with the ‘70s added in. Pettit installed a sound system when he arrived in ‘64 to crank out the hits, perhaps as homage to the theme of the location’s original soda fountain and burger joint, the Coast Drive In. But, the tradition will finally see its last day. The restaurant is scheduled to close Sunday, Aug. 23. Perhaps there is still time to stop in, have a hot fudge sundae with a cherry on top, and listen to Del Shannon’s “Runaway,” The Chordette’s “Mr. Sandman,” or Gene Chandler’s “Duke of Earl.”

End of an era: Fosters Freeze will close Sunday

In the Fosters Freeze heyday of the 1960s and 70s, there were seven burger, fries and shakes restaurants for families to pop into for a quick …