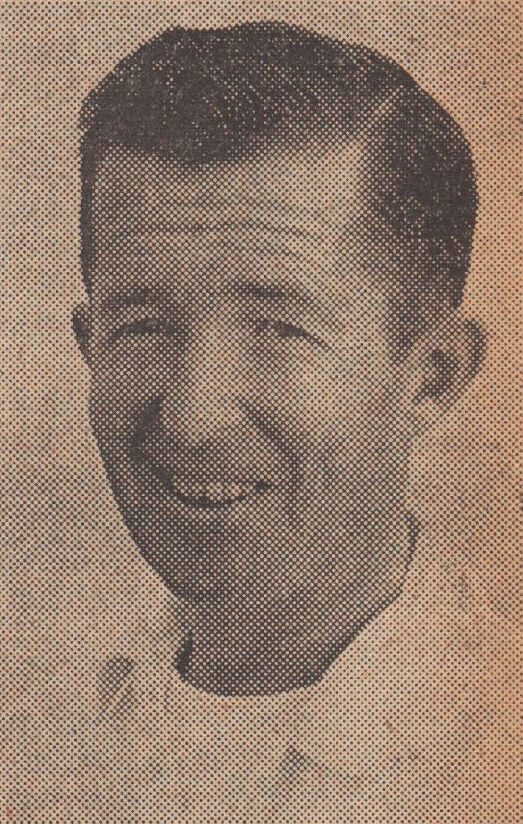 John Moyer was awarded Citizen of the Year honors in the Jan. 1, 1959 edition of the Carpinteria Herald. 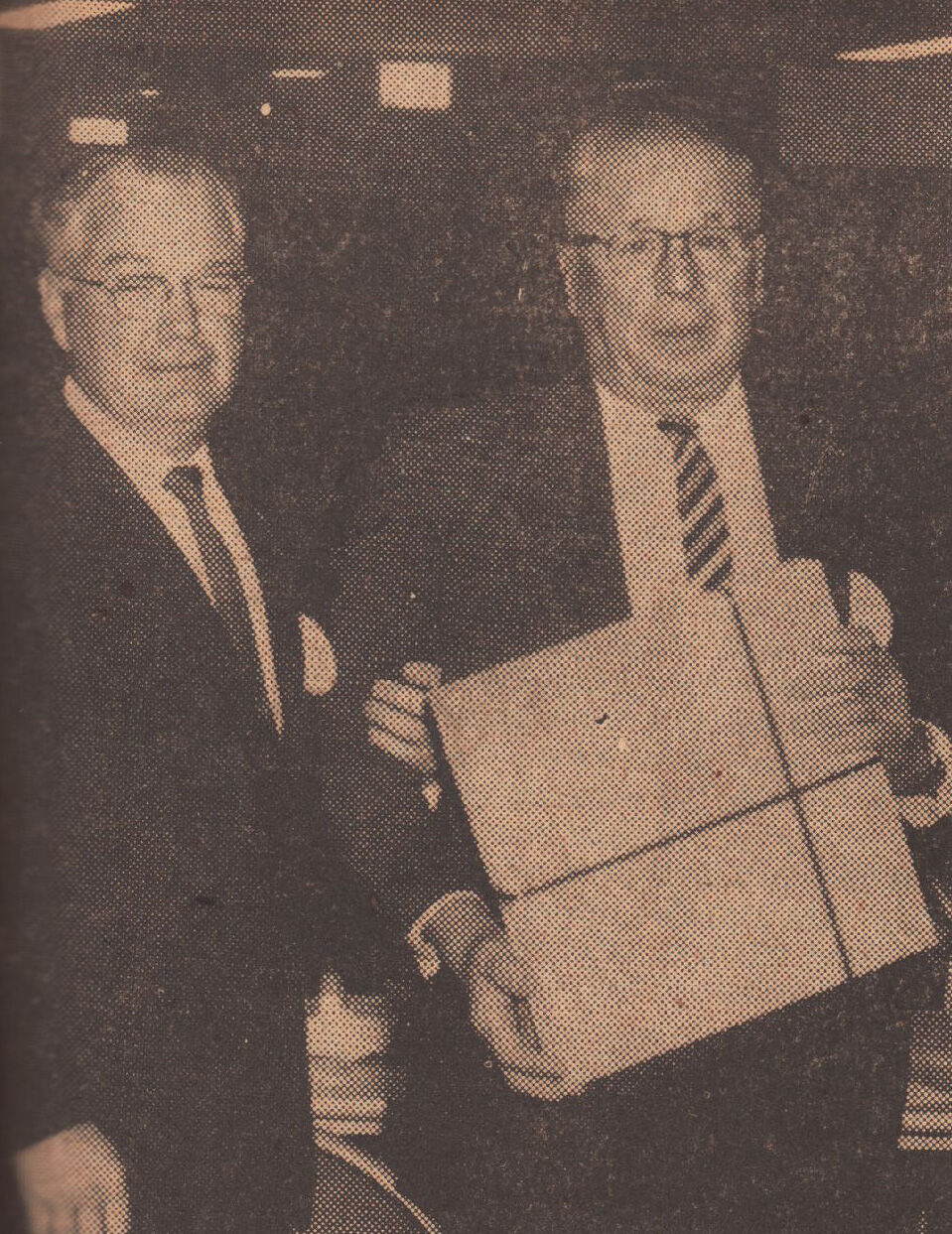 Ernie McCurry awards Melvin Lea Haggin the first Chamber of Commerce Carpinterian of the Year award at a ceremony on Jan. 30, 1960. McCurry would win the award the following year.

John Moyer was awarded Citizen of the Year honors in the Jan. 1, 1959 edition of the Carpinteria Herald.

Ernie McCurry awards Melvin Lea Haggin the first Chamber of Commerce Carpinterian of the Year award at a ceremony on Jan. 30, 1960. McCurry would win the award the following year.

It was New Year’s Day, Thursday, Jan. 1, 1959. Lou Panizzon, a senior at Carpinteria High School, was going about his assigned chores at the Chevron Service Station at his part time job over the Holiday Season break, owned and operated by John Moyer. The weekly edition of the Carpinteria Herald had arrived and was plopped onto Moyer’s desk. Together, the duo of Lou and John reacted in something akin to shock. Moyer’s face in a picture at the top of the front page was looking back up at them!  Next to the picture, the headline read “Citizen of the Year: John Moyer.”

It wasn’t too much after this surprising moment that Paul Barger, editor of the Herald, sauntered over from his office, only a block away down Linden, to congratulate Moyer.  Barger took Moyer a few steps behind the service station to Dorothy Slaughter’s Finest Food (today’s Worker Bee Café), for a cup of coffee to celebrate. There was no plaque or trophy, no gala ceremony. Just a cup of coffee and presumably a pastry treat. The event and all participants were only a couple of blocks away from each other on the same side of Linden Avenue. Such was life in a small town like Carpinteria.

Barger had just completed his first year as editor of the Herald. In hindsight, we can presume that he thought it would be a great idea to award Mr. Moyer a shout out for his strong commitment to civic duty, publishing it on the first day of the New Year, 1959. And presumably, Gordon Lord, owner and managing partner of the Herald, seconded Barger’s selection of Moyer. A committee of two!

The Carpinteria community reacted favorably to Moyer’s selection as Citizen of the Year. The Herald had cited him as the catalyst for creating recreational programs for youngsters throughout the 1958 year, especially during the summer months; acquiring funds from the Lions’ Club to repair the Scout House on Casitas Pass; and serving as the mover and shaker for street cleaning services in Carpinteria. Who could argue that the award wasn’t warranted?  But, was there even a certificate of merit awarded? Does one exist?

Taking up the mantle, the Chamber of Commerce stepped forward for an award the following year. The Citizen of the Year was changed to Carpinterian of the Year. This time there was a gala dinner ceremony and an award handed out. The ceremony was Saturday, Jan. 30, 1960. The Herald reported, “The awarding of the honor and silver plate with an appropriate inscription highlighted the Chamber’s annual dinner and installation of officers.”

Despite the name change, the Chamber appears to have used the same criteria that the Herald used to name a winner. They selected Melvin Lea Haggin who was heavily involved in youth service work for the St. Joseph’s Catholic Church. Lea, along with his wife, Ruth, created the Circle V Boys Club which I, as a member of the club, can attest was a marvelous program of civic endeavor. The award most probably should have been given to the Haggin couple, known as “Mom” and “Pop” to the community. But it was the era where women weren’t even referred to by their first names in the newspapers. They were a “Mrs.” to a man’s first name. It was a male-oriented time. Regarding the Chamber’s selection, Editor Barger in a separate article in the same edition of the Herald gave a positive nod to the Chamber of Commerce for their selection of Haggin.

Recipient Haggin’s Cottage Bakery was only two doors down on Linden Avenue from Moyer’s Chevron Service Station with only Dorothy Slaughter’s Finest Food separating them. Thus, the first two Carpinterians to be awarded recognition for service to the community were in close proximity of each other, as would be the third one, Ernie McCurry, whose Shell Service Station was directly across the street on Linden Avenue from both of them!