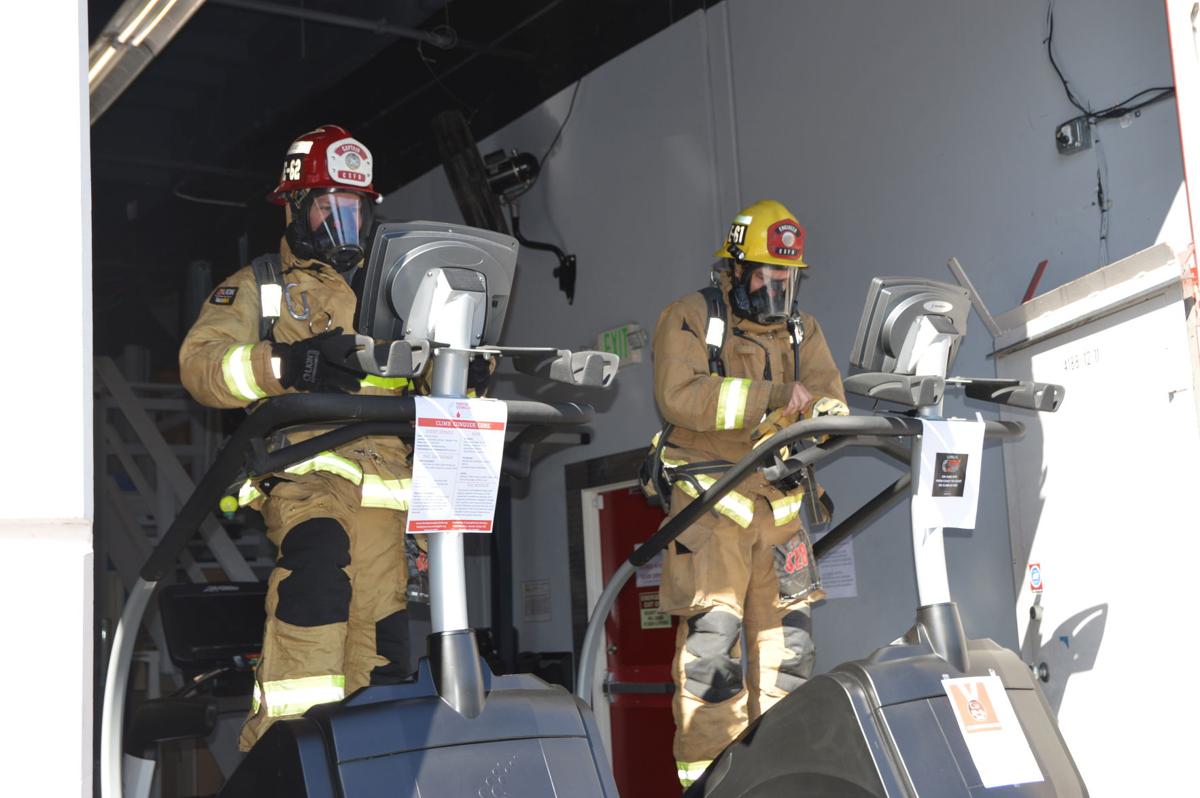 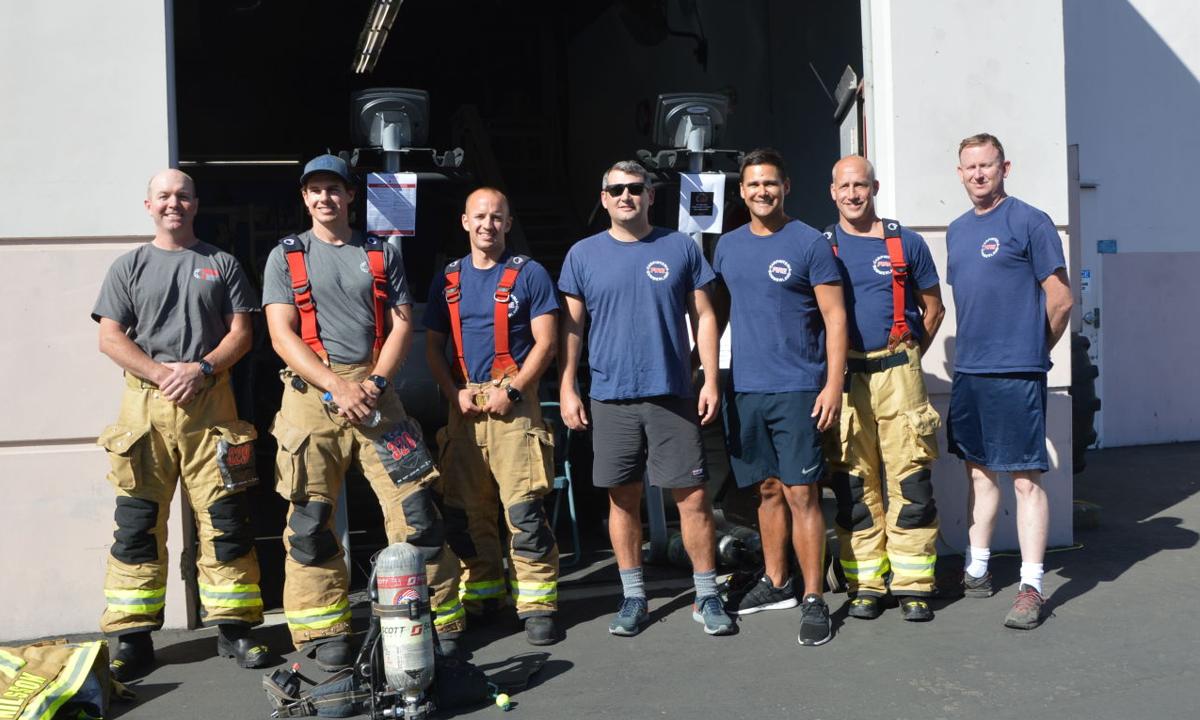 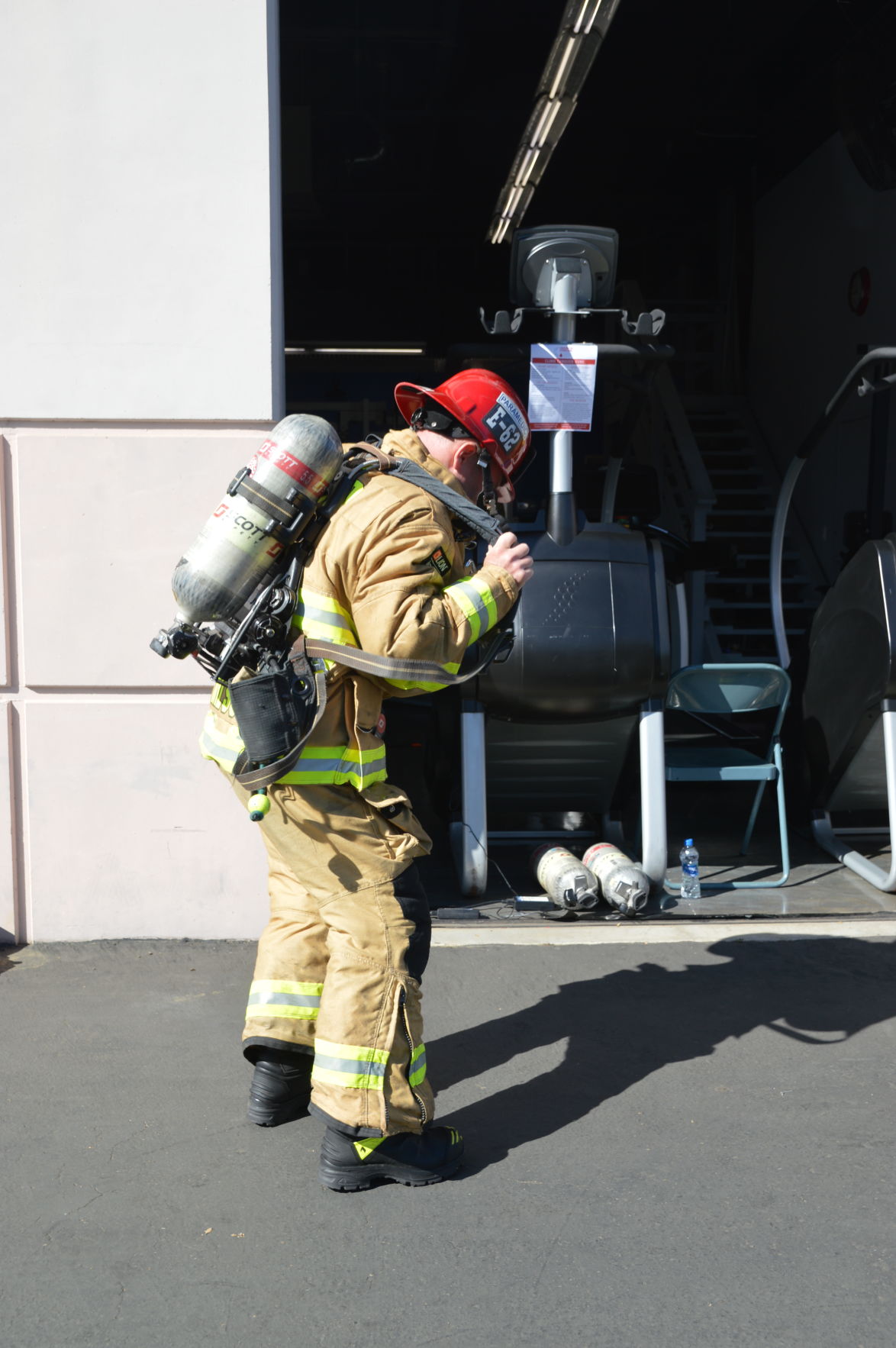 Johan Nilsson pulls on his pack, gearing up for his fifth year participating in the stairclimb challenge.

Johan Nilsson pulls on his pack, gearing up for his fifth year participating in the stairclimb challenge.

Nillson and Marting joined thousands of firefighters across the country in a “virtual stair climb” that Rincon Fitness live streamed to help promote the event. Once the challenge got rolling, other Carpinteria-Summerland firefighters decided to join the challenge, gearing up and stepping onto the stair climbers to climb the simulated sky scraper. “It was great to be able to virtually compete with firefighters across the country as well as our fellow firefighters who joined in,” said Marting. “I think it says a lot about the fitness of our Carpinteria firefighters to be able to jump in and put up competitive times with climbing 69 stories in full turnout gear and breathing off an air tank. Most importantly though, we were able to be a small part of the almost $3 million dollars raised overall for the Leukemia and Lymphoma Society.”